Call of Duty: Mobile's Season 2 titled 'Day of Reckoning' has just been released. Like any other seasonal update, there are tons of new additions to the game, including new weapons, game modes, bug fixes, and optimizations. The Garena version of the game will also be receiving the same updates. However, just like previous iterations, each specific event's timings will vary between the global and Garena versions. Here is everything you need to know about the Call of Duty: Mobile Season Two (2021) Update. Click here to download Call of Duty Mobile on PC to enjoy real PC gaming! 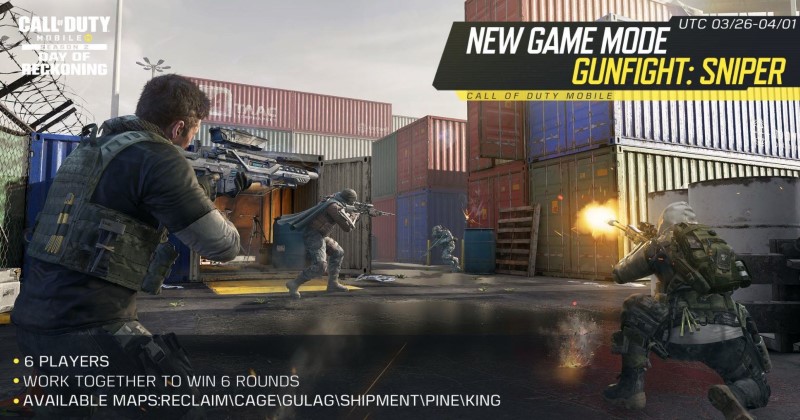 For all the Sniper fans out there, this game mode is an absolute treat. The entire game mode locks players on Snipers with choices varying between the new SKS, NA-45, and the Kilo Bolt Action. Your main goal is to either capture particular objectives or gain points by killing the enemy team. Currently, the game mode is only available on a few maps due to its close-quartered nature. Here are the maps you can currently play Gunfight Sniper on:

Collect five components to assemble your tank. You can also start assembling tanks by blueprints in the airdrop. The more soldiers you have, the better opportunity to fight in your tanks: 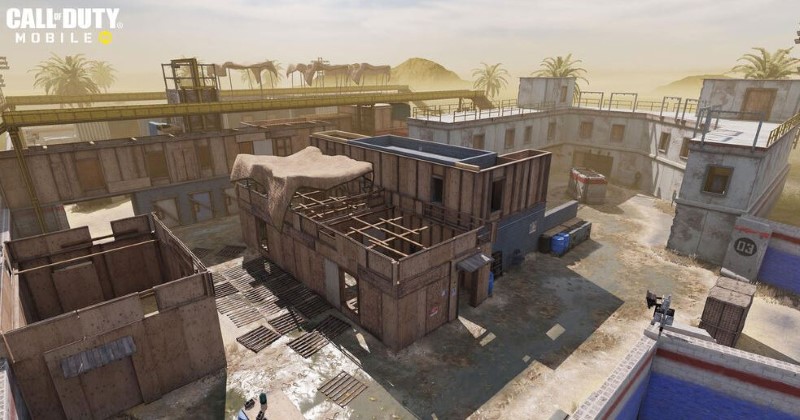 Shoot House is the newest map available in Call of Duty: Mobile Season 2. Currently, you can play the map in TDM, Domination, Hard Point, Kill Confirmed, and Free For All. Call of Duty: Modern Warfare is inspired by Call of Duty and is known for its 3 points small route design, which allows for extreme close combat.

While the map offers some sort of verticality, you can expect most of the action to be happening around in the alleyways surrounding the map's entirety. As such, most players will feel more comfortable playing the map with an SMG or a Shot Gun as most engagements will be close-ranged. However, sniping is still a possibility as there are plenty of rooftops that provide good vantage points. But many flanking routes exist within the map that is mainly meant to counteract snipers' power.

Shipment is an iconic map based on Call Of Duty: Modern Warfare 1. The map is extremely close-quartered and is renowned for its heavy close-quartered combat. With sprawling containers present everywhere, there are not a lot of places for you to hide. Generally, the map is played only with Shotguns with quicks scoping Snipers acting as a norm. Shipment is the smallest map in the game and can be played in TDM, Domination, Hard Point, and Kill Confirmed.

The map has been updated to its ‘modernized’ version in the recent update. It is merely a cosmetic change with a few bugs fixed within the map. The map now looks much better in terms of aesthetics and has better lighting around corners, making it easier for you to spot hidden enemies. With the new map's revamped, you can expect it to be added to the Ranked playlist very soon due to its unique nature. 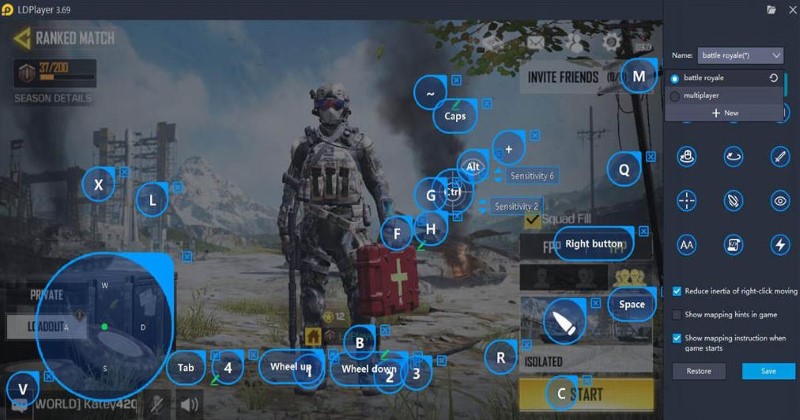 With the introduction of the new Ranked Season, Call of Duty: Mobile has seen a huge rise in players. As such, to rank up, you will need all the competitive edge you can get. Thankfully, by playing COD Mobile on an emulator like LDPlayer, there are a few inherent features you can take advantage of to take your gameplay to the next level.

For example, LDPlayer supports complete mouse and keyboard integration alongside the ability to completely remap your keys. This feature lets you play the game like you would play any other FPS title on your PC, letting you aim and move around with utmost precision. 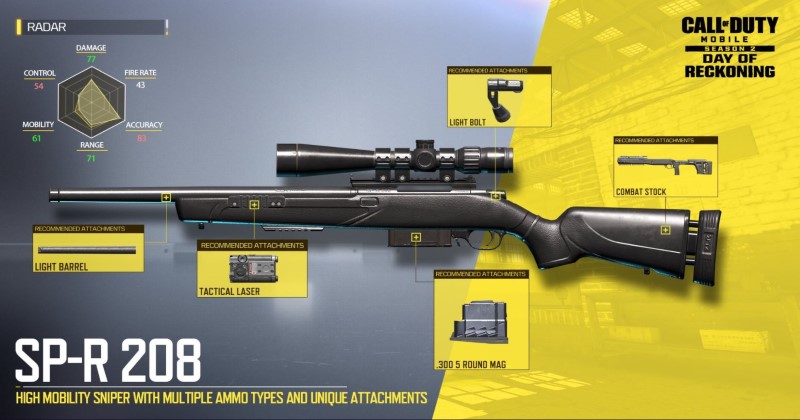 Call of Duty: Mobile Season 2 will have two new guns for you to play around with. Both of these will be free and will be unlocked exclusively through this Season's Battle Pass. The AS VAL is a popular AR in FPS titles known for its extremely great damage and fire rate.

However, the gun's bullet speed is quite slow, with the recoil being quite high as well. Unlike other ARs, the penetration power of the gun is quite low. The gun does not fare well at longer ranges due to its aforementioned slow bullet speed, which indicates a worse trajectory. You should also take a look at some Call of Duty: Mobile Tips and Tricks to help cement your lead! LDPlayer has also supported the feature of walking slowly in Standoff 2, Call of Duty®: Mobile, PUBG MOBILE and other shooter games. Check the video below to get how it shows and helps your gameplay!

The SPR-208 is another new weapon that will be added in the Call of Duty: Mobile. It is a sniper rifle that provides you with greater mobility than other Sniper Rifles like the Kilo Bolt. It deals a lower amount of damage compared to other Sniper Rifles currently being played in the meta.

With faster ADS speed and Gunsmith Loadouts, that can help take its mobility to the next level. The SPR-208 Sniper rifle is exceptional at quick scoping and for dealing with targets that the average Sniper rifle can’t take on due to their generally slow ADS speed.

However, most Sniper leg shots are not one-hit kills, which can be quite infuriating at longer ranges. Therefore, aiming at the head is your best bet when playing the SP-R 208. 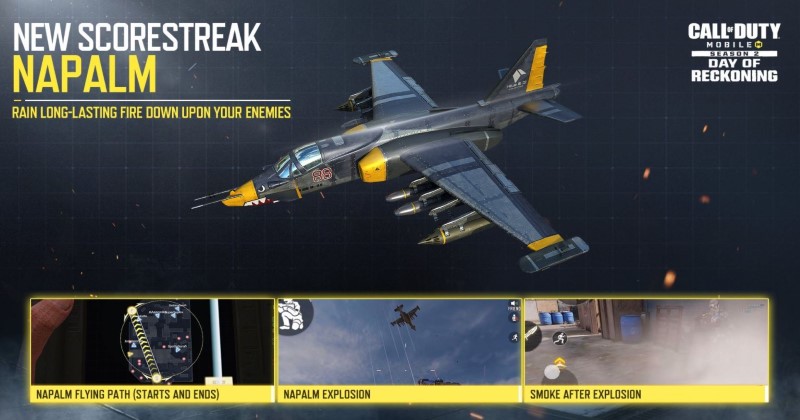 Just like any other update, Season 2's Battle Pass will have free and premium rewards. The introduction of the new Battle Pass also means that the game's new Ranked Season has started. Currently, you can find four new Soldiers and other various Calling Cards and Blueprints with the Premium Battles.

The free rewards include the AS Val rifle, while the SP-R 208 is rumored to be coming out at the end of March. Moreover, you can unlock the new Napalm Score Streak, which is AOE-based, scorching the entire battlefield in flames.

Call of Duty: Mobile's Season 2 update marks a new era for the game in terms of mechanics and features. Alongside these updates, a lot of guns have been buffed and nerfed, according to community feedback. So, you can expect a complete paradigm shift in the meta in the coming weeks.

Ensure that you keep a lookout for all the new events coming out to the game, as they'll grant you the ability to unlock new perks and weapons for a limited amount of time.