Blade & Soul: Revolution has multiple features, including the ultimate combat system you might have never seen before, several unique character classes with better graphic animations. The game offers different types of equipment, multiple servers, skill combinations, Open field faction war, a true MMORPG community to guide you throughout the game, a cinematic story with over 150 high-quality animations, beautiful scenery, 3D backgrounds, and much more. When it comes to quality and gameplay experience, the Blade & Soul: Revolution doesn't compromise. Players can join the faction war with more than 500 players for each server, and with its new class, "The Blade Dancer," the game has attracted a lot of new players.

LDPlayer is the top choice when it comes to playing game Pc. The emulator provides everything and much more than a mobile phone can for high-performance android games. If you have played Blade & Soul: Revolution on any device before, you can easily continue playing the game on this emulator without starting from level 0. Blade & Soul: Revolution is an RPG game, and role-playing games require better graphics, high-performance devices, and a bigger screen. LDPlayer emulator brings all of this to the table and much more.

Why choose LDPlayer for Blade & Soul Revolution on Pc?

LDPlayer is one of the top android emulators with fast speed and high performance. It also provides its user's stability and smoothness, perfect compatibility, Superb Experience, unlimited multi-windowing, efficient operation, high speed, better graphics, key mapping, optimizations, easy to use UI, and much more. If more than enough to convince anyone but the LDPlayer emulator also provide its special app store with almost every game and a special boost for multiple games. The games you can play using the LDPlayer emulator includes Free Fire, PUBG Mobile, Mobile Legend, Eve Echoes, Black Desert, Among Us, etc.

How do you play Blade and Soul: Revolution?

Download and Install an LDPlayer android emulator on your Pc to play Blade and Soul Revolution. Sign in to your Google account and search for Blade & Soul: Revolution from the LDPlayer app store or Google Play Store. Download and Install the game from the store and launch it to play. If you have already played Blade and Soul Revolution on any android device and saved your progress, you can add that account and start your progress from where you left it.

Is Blade and Soul: Revolution pay to win?

The game has both options for players. They can either choose to become pay to win players or free to play players. However, according to the Reddit community, Blade and Soul: Revolution is a pay to win the game as most of its content is pay to play.

What kind of game is Blade and Soul: Revolution?

Blade and Soul: Revolution is a fantasy game based on Korean martial-arts. The game is among MMO role-playing game developed by NCSOFT. The player will have to choose a character of their choice or create one of your choices with tons of different options. Players can choose characters according to their classes and optimize then as they like.

Is the LDPlayer Emulator free? 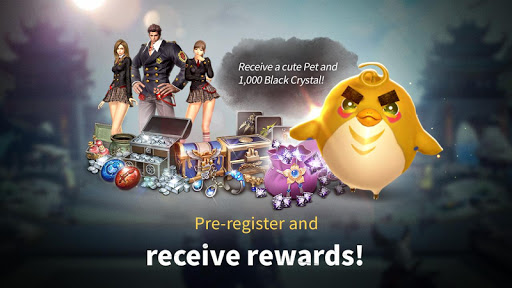 How to Download and Play Blade&Soul Revolution on PC

Why Use LDPlayer for Blade&Soul Revolution on PC