Your time to shine has come when you play Lords Mobile on PC and Laptop. Lords Mobile is a real-time strategy game that plunges you into chaos and gives you the chance to rise to the top. Start building your empire from scratch and train your troops to be the best they can be. Ultimately, they are everything that stands between you and victory. Travel the world in search of exotic heroes to integrate and fight for your cause.

Join like-minded players in a guild or create your guild and do things the way you like. The world is yours, but only if you are brave and strong enough to face it. Watch out. Your heroes run the risk of being captured and held hostage. Adapt your fighting style to free your heroes and continue your quest for world domination in Lords Mobile. Play Lords Mobile on PC. Expand your kingdom. Collaborate with friends. Destroy your enemies. Strengthen your heroes. Improve your economy. Become the most powerful ruler in the kingdom. That’s what Lords Mobile is all about.

LDPLAYER: BEST ANDROID EMULATOR FOR LORDS MOBILE ON PC
With the whole world at stake, there are plenty of coins to get your hands on. An intelligent leader uses all the resources at his disposal to make sure his troops are victorious. Use the LDPlayer advantage to get your piece of the pie. LDPlayer is an Android emulator that gives you the ability to play any Android game or application directly on your computer without the need for additional wires or skills. Download and play Lords Mobile on your PC with LDPlayer now.

FAQs ABOUT LORDS MOBILE ON PC
Q: Is Lords mobile an offline game?
A: Unfortunately, no. It is a server-based game which is not connected to the server, so you cannot play it at all. Lords Mobile is an online game. Internet connection is required to play.

Q: How many farms should I have in Lords Mobile?
A: This means you need more food: You should aim to produce 2.5 million food per hour. You can achieve this by building 15 farms, 2 mines, 2 saw mills, and 2 quarries. You should already get enough gold through quests, so there is still no need for a Manor.

4 different types of troops and 6 different troop formations to choose from. Plan your lineups, take advantage of the counter-attack system, and match your troops with the right Heroes. Perfect your strategy to defeat your enemies.

Create a strong team of 5 Heroes to fight in an RPG-style campaign. Let them lead your kingdom to glory as war generals.

Join a guild to fight alongside your allies. Go to war together to win a series of exciting events: Guild Wars, Kingdom vs Kingdom battles, Battle Royals, Wonder Wars, Darknest Invasions, and more!

Fight with millions of players around the world and defeat those who stand in your way. Take the throne and rule in general.

Experience the thrill of war as your armies clash in stunning 3D graphics. Watch your Heroes unleash their abilities and harness their mystical power. 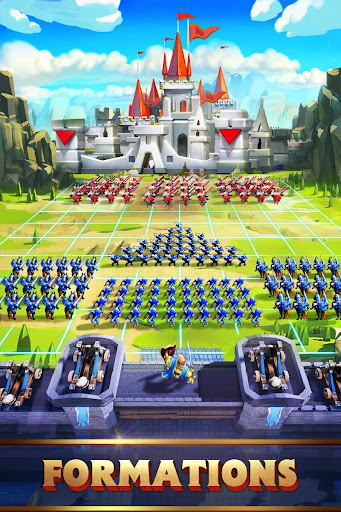 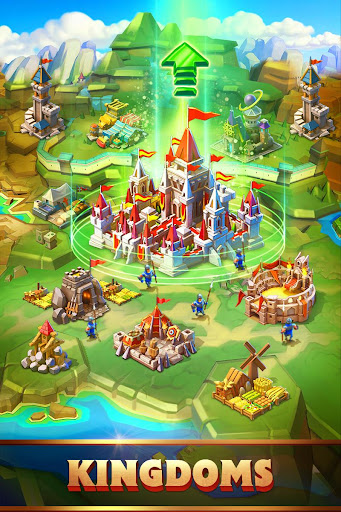 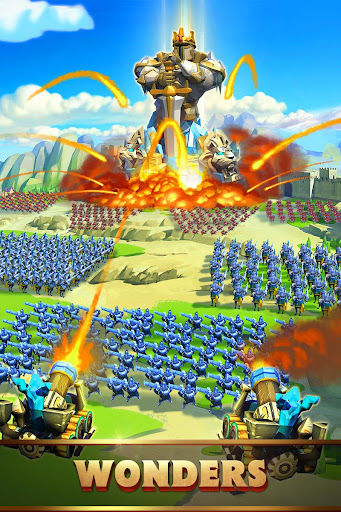 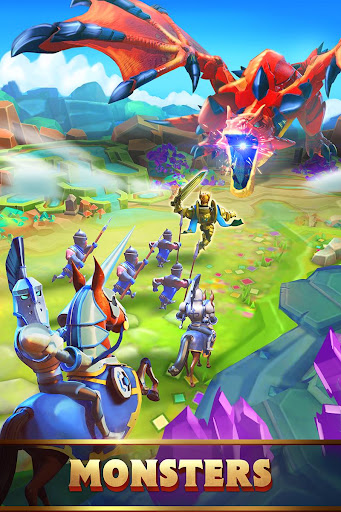 How to Download and Play Lords Mobile on PC