[Operation Recorder] Operations that can be achieved by merging scripts

With the Operation Recorder, we can record some fixed operations and reuse them in the future, thereby reducing our mechanical operations in the game and letting us pay more attention to the main gameplay of the game. This tutorial will supplement the operation of merging scripts. And it will describe in detail how to merge script, what operations can be achieved, and under what circumstances the scripts can be merged.

1. How to merge scripts 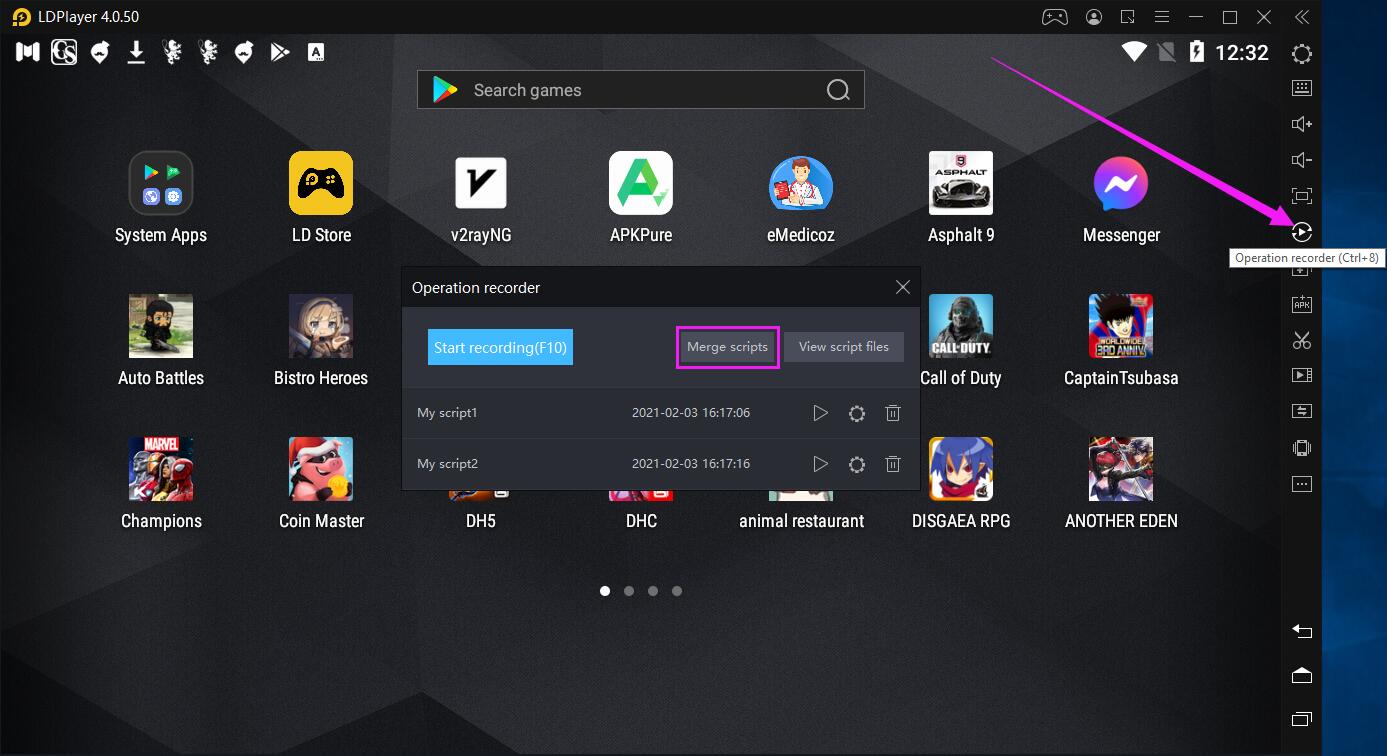 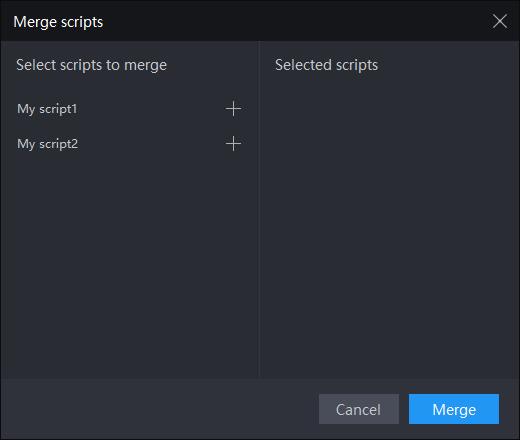 1.2 Click "+" in the left selection column to select the scripts that need to be merged. The sequence of the merged scripts will follow the order of addition. If you need to change the order, you can click the remove button and add again. After selecting, click Merge to generate the merged script. 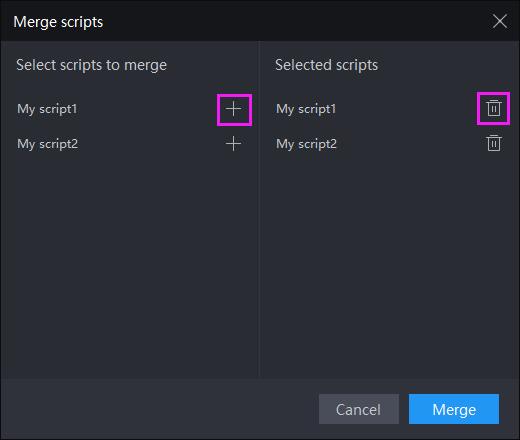 2. What operations can be achieved by merging scripts

Before merging scripts, we can set the scripts that need to be merged to achieve the merged scripts we need, such as:

Example 1: Script 1 loops twice or will be executed for a period of time.

Type the number of loops and loop time in the script 1 settings and save them before script 1 merges with script 2. 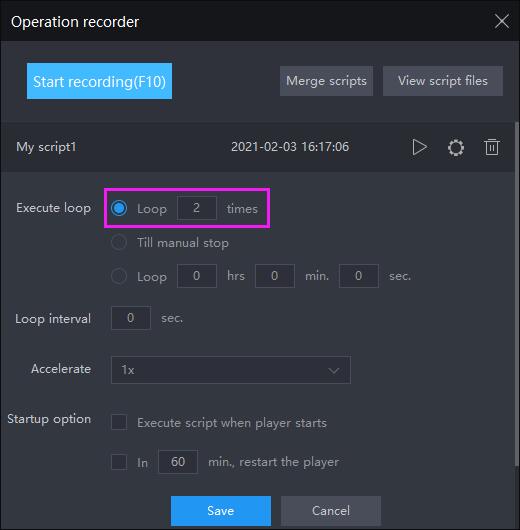 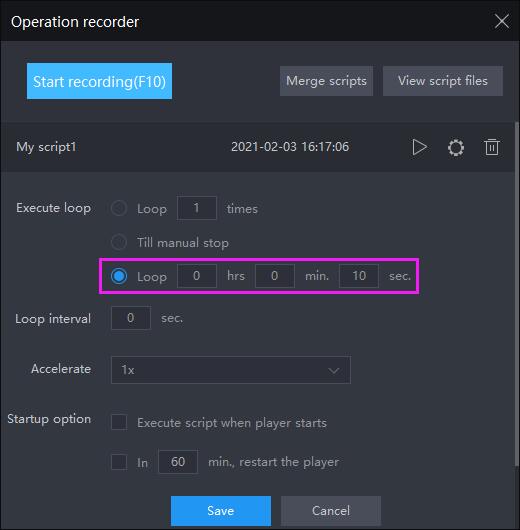 Example 2: Before script 2 will be executed, wait for a while after script 1 is executed.

Set the loop interval as a certain time such as 10 seconds in the script 1 settings, save it and then merge it with script 2. 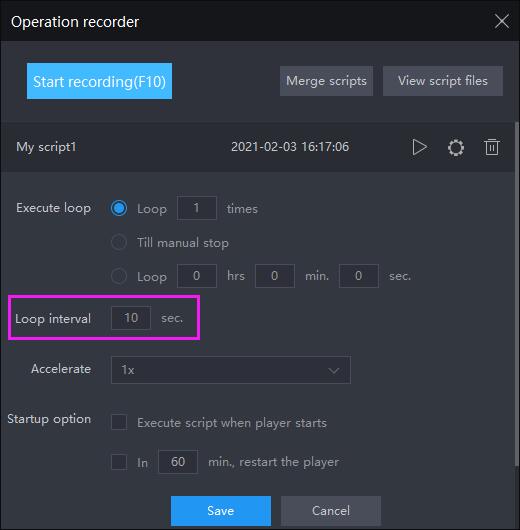 Select accelerated execution in script 1 settings (You can run at a maximum of 5 times speed), and merge with script 2 after setting it. 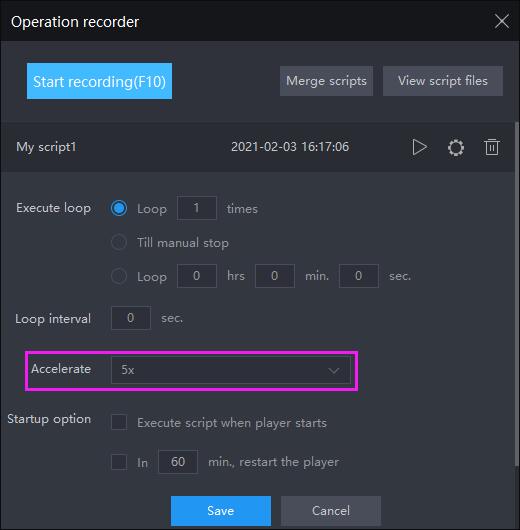 After the scripts are merged, we can also set the merged scripts, such as loop times, loop interval, execution speed, startup option, etc. 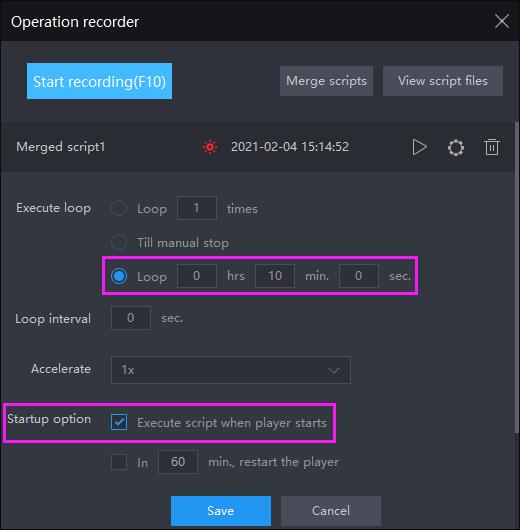 3. Points to pay attention to when merging scripts

Till manual stop cannot be selected in the settings of the merged script, otherwise it will cause one of the scripts to keep looping. If the recorded script operation is too long or too frequent, the script may not be executed smoothly due to network delays and inconsistent time that was read by games .

4. Under what circumstances can the scripts be merged?

1. The recorded script operation is continuous, but needs to be stopped for a period of time (such as automatically playing in the instances, automatic upgrade, etc.)

2. Repeatedly loop a script followed by the next script operation (such as switching game accounts)

3. A script needs to be inserted in the loop script operation (such as taking experience potion, blood medicine, etc.)

4. One of the scripts needs to be set the execution speed (such as claiming rewards in unlimited pool)

Was this article helpful?
Yes No