Astral Fable is an anime-themed role-playing game where you can fight, collect cards and cultivate your characters at the same time. Featured with adorable characters, manga-like styles and romantic encounters, players can defeat monsters and unlock spectacular skills throughout the journey. The best part, you'll never be alone here! There will be pets and partners fighting alongside you. You could also join a guild to save this world with your comrades! This is gonna be the one you don’t wanna miss!

[Game Features]
★Graphics and Sound Effects★
-All you can see in this game is incredibly adorable characters matched with lighthearted music. This is a space where your worries can be left behind.

★A Variety of Gameplay★
Cross-server wars, where hundreds of guilds can compete with each other; Peak Arena, where players must strive hard in order to reach the top; Sea Realm, where you could fight to become the ruler of the seas; Guild Siege, where you must lead your guildmates to collect crystals and claim territories. There's just so much more exciting gameplay waiting for you!

★A System of Goddesses★
-Activate a Goddess to boost your CP. SSR Goddesses to be collected.

★Unique Costumes★
Various rare mounts, hoping to be your ride. Gorgeous wings, stunning weapons, festival costumes and so much more! All of this just for you to showcase your distinctive style.

★A System of Partners★
-Look for a companion with who you could build a rapport with and embark on this mysterious journey with them!

★A System of Babies★
Activate a baby to boost your CP. You can take any of the babies you'd like to join you in battles and adventures after activation.

★Sailing/Fishing★
Choose a warship, set sail on the seas and rob others of their loot like a pirate! However, you'll also have to protect your treasure from being robbed as well...

★World Ranking★
Compete with warriors and elites from all over the world on various stages provided in-game and see who's the ultimate winner!

★A System of Guilds★
- A guild can be a second home that brings you warmth and joy. To protect what’s truly important, you must become fearfully strong! Call out your guildmates and fight for all the glory!

★A System of Pets★
-Come and collect all the cute pets so they can fight alongside you. Despite their cute looks, they're fully capable of crushing your enemies. Together with them, you will no longer be solitary in this world.

There are more and more exciting, and fantastic gameplays waiting to be explored by you and your friends!
Wait no more, let's go on adventures in this incredible world together!

【Reminder】※This game is rated for 12+ according to Game Software Rating Regulations.
※ This game contains image of fighting, sexual or attacking that is not bloody, or a slightly terrifying image.
※This game design procures users to have virtual romantic relationship or virtual marriage.
※This game has a top-up store. You are  advised to spend wisely according to personal interest and ability.
※Playing game for long hours might affect normal work and rest. You are advised to take rest and exe 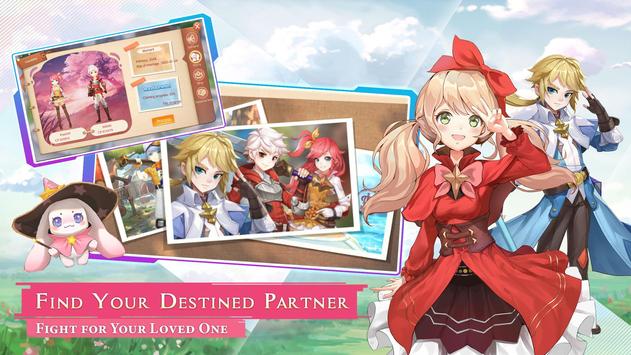 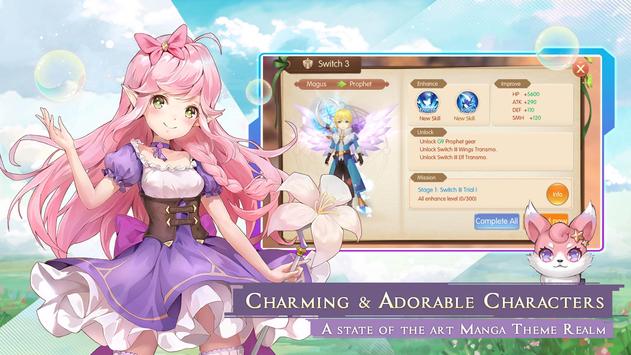 How to Install Astral
Fable on PC

Why Use LDPlayer for
Astral Fable PC