Super Turbo VPN Free Android Master Vpn Proxy app works with a variety of Android installations, from the latest version, Oreo, all the way back to Jelly Bean. Even if you’re running an old version of Android, your VPN will work and be secure.

One of the great features included in Super Turbo VPN Free Android Master Vpn Proxy by LR Studio’s Android app is the recommended location; as soon as you fire up the app, it will recommend servers to you based on where you’ll get the best connections automatically in QUICK CONNECT. With a tap, you can connect to their fast servers all over the world. It doesn’t get much easier than that.

You might not think that you have any reason to hide the internet traffic coming from your Android phone, but remember that you send texts, photos, and emails from it. Would you want someone spying on those? Even if you’re not sending anything particularly private, you still don’t want anyone snooping.

The Electronic Frontier Foundation recommends using VPN's to avoid surveillance by your ISP. The same is absolutely true of your mobile data provider, and for all the same reasons. 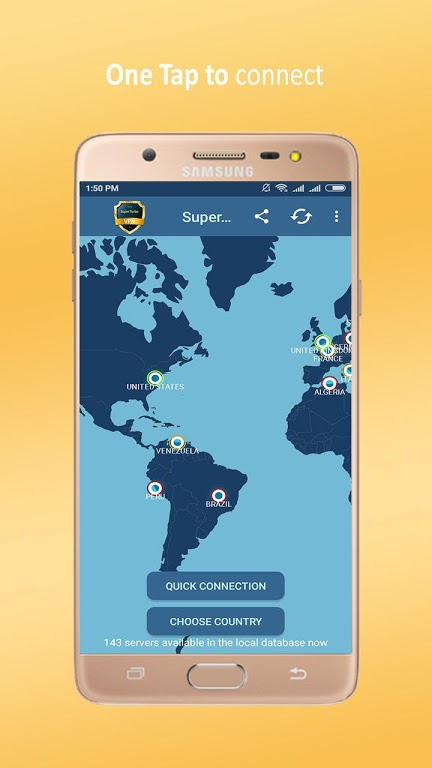 How to Install Super Turbo
VPN on PC

Why Use LDPlayer for Super
Turbo VPN PC