Xposed framework is the latest trend for android users. Xposed installer will install Xposed framework on your android device, this will allow installing modules on Android OS and customize your OS without flashing to custom ROMs or rooting. To run multiple apps not only rooting is enough.

Flashing custom ROMs or Rooting your device will result in unbalanced stability, reliability and simplicity because you are installing 3rd party custom ROM to your device. Some may brick their phone/tablet. Download Xposed framework is a real-time alternative to installing/Flashing custom ROMs, Xposed allows you to install different apps and do some custom modification without rooting. Installing Xposed apk is simple and easy.

Xposed android uses the direct root access to enter the core android resources and modifying the system. Direct access through Xposed framework enables installing multiple modules on system and device. Thus, Xposed APK will update android OS only by rooting without custom ROM installation and flashing. so the new feature of any rooting software is to build the codes on the base of Xposed framework. Now you can directly download xposed apkand install it as you do it for an app, it is such much easy and only a few clicks. 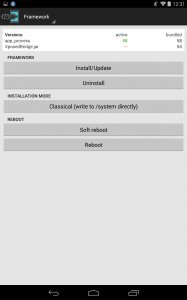 What is Xposed Installer PC version?

Xposed Installer is a Tools app developed by undefined. You can play Xposed Installer on PC after downloading an Android emulator from this page. Android emulators are software that run a virtual Android device on your computer. LDPlayer is one of these Android emulators for Windows PC. LDPlayer also provides additional features such as multi-instance, macros, operations recording, and others. Using the Android 9.0 system, LDPlayer can help you play mobile games on PC with faster performance and higher FPS. LDPlayer is meant for hard-core mobile gamers.
Open up

Is it possible to play Xposed Installer on PC without Android emulator?