Graphical adventures for adults have been released constantly ever since this genre first appeared. Amongst the most popular ones we undoubtedly have to mention the Sierra classic Leisure Suit Larry, in which had to help a peculiar run-down character to make it big in the nightclubbing world. It became a great hit at the end of the 80s' thanks to its graphics that made the most of 256-color VGA graphics cards, giving way to the prolific Larry saga.

Those of us who were lucky enough to play point-and-click graphical adventures back then and that have now been overtaken by other genres and styles within the adventure games universe, usually welcome any new game that's inspired by this same gameplay although the truth is that on Android it's not exactly the same because we can't use our mouse.

A classic graphical adventure for adults

Well, Summertime Saga is a game funded by Patreon and that's come to revive those graphical adventures for adults in a title that we can download both in APK format for Android in versions for Windows and Mac computers.

With graphics that remind us of Japanese manga, although adapted to a Western audience, this is a story in which the main character has to deal with the murder of his father whilst he lives an ordinary life at school. Well, not exactly ordinary but he lives surrounded by semi-naked women with curves that defy the laws of physics. That's why it's for adults because there are a few situations that would need to be rated as 18+.

It's hard to find out who killed your father with so many distractions.

With regard to the gameplay, we're talking about a point-and-click adventure with a first-person view in which we can interact with different elements on the scenario (open, pick up, handle...), talk to other characters of the likes of Judith, Roxxy, or Jenny, move around the settings...

All in all, it's not the best graphical adventure in history (that honor probably belongs to The Secret of Monkey Island or The Day of The Tentacle) but it's quite decent. However, we can't be too happy about the fact that it has to show semi-nude women to attract a possible audience.

What's new in the latest version 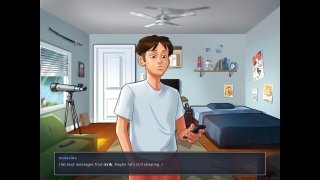 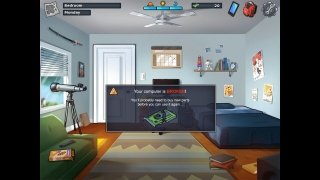 What is Summertime Saga PC version?

Summertime Saga is a Adventure app developed by undefined. You can play Summertime Saga on PC after downloading an Android emulator from this page. Android emulators are software that run a virtual Android device on your computer. LDPlayer is one of these Android emulators for Windows PC. LDPlayer also provides additional features such as multi-instance, macros, operations recording, and others. Using the Android 9.0 system, LDPlayer can help you play mobile games on PC with faster performance and higher FPS. LDPlayer is meant for hard-core mobile gamers.
Open up

Is it possible to play Summertime Saga on PC without Android emulator?

How to Download and Install Summertime Saga on PC