This Combat Strike Campaign is an offline action games 2020 with awesome shooting games 2020 mission for free.

Challenging storyline of Combat Strike Campaign game 2020 where you decide the end of modern battlefield with the best FPS shooter game 2020. Lead the elite force against terrorists and become veteran war hero. Experience the world war and assassin the most dangerous enemies for survival. Combat Strike Campaign have only two options, live or die, it’s time to show your fury of war.

Combat Strike Campaign is an action survival shooter war game. You are the part of special force in battlefield to end the era of modern war. You are secret assassin with best sniper experience, so, eliminate enemy from all sides in modern warfare. Be the hero of world war and lead the war veteran through abandoned cities, forests and deserts. Show some commando actions and enjoy offline action games play.

> SINGLE PLAYER MODE:
If you want to play offline fps game then don’t worry you can enjoy this call of battlefield story with best fps shooter experience in this best Combat Strike Campaign game. Great sounds effects, compelling graphics and high AI of enemy in this mobile FPS shooter game.

Modern controls in this commando games play make your unconventional warfare so much thrilling, just aim, press trigger and shoot all the dangerous enemy.

Unique modern weapon to choose, unlock new weapons with in game and then customize them to fire at all range. Use sniper rifle for long range assassination, assault rifle for counter terrorist purpose as special Combat Strike Campaign member. In this offline game you will play the roll of Black Ops sniper of unconventional warfare hero.

Get the battlefield experience on mobile in this best shooting FPS game Commando Ops. In this shooting game, pickup your weapon aim, shoot and eliminate enemy with bullets, grenades and sniper rifles. In this best action shooting game, you will get big map to enjoy the best open world games play.

Enemy you are dealing with are highly trained special forces of this FPS shooting game. Show them exciting commando shooting with most compelling and challenging mission. Get the best weaponry, be in battlefield and engage the enemies, eliminate snipers, destroy convoys.

The ultimate challenging task in this Best Commando game is to invade the area of modern army, highly trained special force with high tech weapons. It’s your chance to be the part of Operation Combat Strike Campaign to hunt the special army. This is best FPS game because it lets you experience the direct commando actions.

You can play this game without internet and WiFi for free.
View More
Pack Up 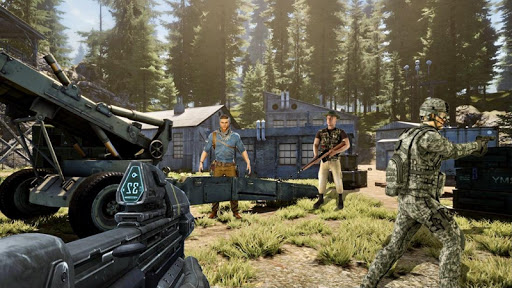