When it comes to MMORPG games, Kingdom: The Blood Pledge takes the crown when it comes to deep strategic elements that truly take it to the next level. As such, here's a couple of advanced tips and tricks meant for those who want to make the most out of their gaming experience. If you haven't already, you can download the game for free on LDPlayer. 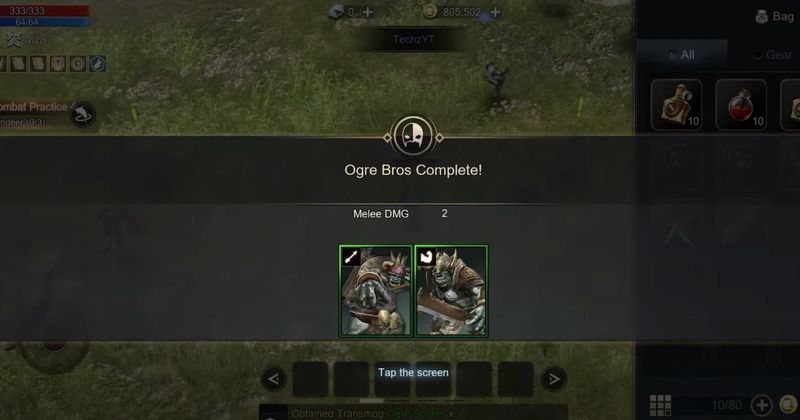 Kingdom: The Blood Pledge follows the pattern of an organic MMORPG game. This entails that there's a particular amount of XP that you can collect from each mob you kill in a PvE environment. In essence, the more mobs you kill, the higher your level increases.

However, there's a particular amount of XP that each mob provides. After which, you will not be able to level up. So, since mob distribution in the game is done based on levels with higher-level areas having higher-level mobs that provide more XP, there is always a particular point in the game where you should move on to the next area.

What most players do is that they do not recognize that point and still keep grinding on XP, which ends up hindering their progress significantly. One effective tip is to always treat an area as a zone and set a benchmark for yourself. Pick up quests and missions that seem to be the least consuming. Then, get as many levels as you can from said quests until you reach the point of diminishing returns. More often than not, that point can be hard to understand and calculate.

As such, we recommend partaking in understanding your stats as much as possible. Remain neutral towards the mobs and calculate how much XP you gain from them alongside what a particular quest in an area provides you. If you move away from the area too fast, you’ll end up wasting time in the next area as you will simply be too weak to clear mobs and do quests quick enough.

However, if you leave an area too late, you will end up wasting a lot of valuable time, which you could have spent leveling up in an area that is more worth your alley. In any case, you should always have an idea of the best ways to power level in Kingdom: The Blood Pledge. As per our recommendations, you should try to follow the main storyline quests and avoid any detours until you get to a reasonable level.

Next, you should then focus on side quests, daily missions, events, and the like. Start doing these too early, and you simply will not be able to do these at an efficient enough timing for them to be relevant. However, if you start them off later, you'll be doing them at times where they simply just do not make sense.

So, you should always understand what zones make the most sense when it comes to power leveling, focus on those and then go from there. For Kingdom: The Blood Pledge, you should try to maintain your presence in the beginner areas, grind those out, and continue your progress. There are multiple classes in the game. However, as you get better at the game, you'll soon find out some that make the most sense according to your playstyle. But, with those playstyle differences comes the fact that you should know what dynamics your class entails.

For example, if you are a tank, you should spec yourself according to a tank. Having the skills necessary to the tank is only half the picture. The next and perhaps the more important part of being a good tank, for example, is purchasing and equipping items that help finesse your class and take it to the next level. So, suppose you go for ATK damage items or ones that increase your mana. In that case, while they may be inherently good for you, you definitely won't be appreciated in a party setting where you will need to combat multiple enemies. You will not be able to fulfill your role's duties due to poor item choices.

Moreover, alongside itemization comes a mindset or the way you play your class. While roles in Kingdom: The Blood Pledge remain relatively easy, there is still a lot of nuance to them regarding positioning and attack timing. Tanks remain on the frontline, and DPS characters remain in the back. However, more intricate details about them also need to be considered, such as the fact that a DPS class needs to spend more on items to have higher ATK. In contrast, a Tank needs to be more adamant on proper skill usage to effectively take aggro whenever needed.

Focus On Your Mini Map: Your minimap serves as the most important way for you to navigate, understand the terrain, know where to go throughout the game. If you haven't taken the hint already, the game relies on a deep understanding of how you can be the most efficient in killing mobs, leveling up, and gearing up for the end game.

The minimap provides you with a lot of information that encompasses much more than just the terrain. Alongside topographical knowledge (which areas are elevated and which aren't), there's a lot more to the minimap than what you might not initially know about. The upper portion of the minimap provides you with the general name of the location. Take a look at our beginner’s guide for the game if you need more information!

The bottom part of the minimap lets you know if the area is a safe zone or not. Safe zones are areas where you cannot be PK’ed (Player Killed), while others can be neutral where there's a chance that you might die. Next, the center part of the minimap provides you with a bitmap image of where your character is. A pointer shows the exact face of your character, whereas the terrain provides you with complete information about the type of area you are in.

Another important aspect of the minimap is that you can see NPCs, friendly mobs, aggressive mobs, and ones that you can kill. All aggressive or hostile mobs are shown as red circles throughout the map. On the left side, you can zoom out and zoom in the minimap alongside having the ability to mark the map with markers wherever necessary.

Waypoints or markers serve as important tools in Kingdom: The Blood Pledge. They are used to identify spots on the map or terrain that you feel are of necessary importance. As you get better at the game and advance further, you will find plenty of these spots loitered throughout the map, with each posing their importance.

You can set an unlimited amount of markers that you can use to identify particular spots on the map. Generally, we recommend setting markers on areas that you frequent or those that you wish to avoid. These can be unsafe zones or anything in between.

Generally, we recommend setting your zoom at a medium setting where you are able to see about a 500-meter radius in front of you and around you at all times. As you know, you can always click on the map to zoom in to be able to view areas that are further off. Ah, social interaction. The true essence of an MMORPG. While guilds are an integral part of playing the game, so are the various interactions you have along the way. You will run into players who have resources that you require alongside ones that might need something you own.

In any case, bartering and trading for goods are useful, especially if players have a resource or an item that they are in dire need of. So, make sure to always keep a close eye on the Global Chat. There are often trade deals and items being offered there that might spark your fancy. Since the Gacha system is quite strong in this game, you will find many items that other players might not need, which are of higher quality. You can then trade them up until you eventually get to where you want in terms of items with trading.

Learn How To Grind Efficiently:

There will always be a few classes in an MMORPG game that simply do better when it comes to PvE. However, one important part of grinding that players miss is memorizing attack and spell patterns to maximize efficiency.

Like there are perfect spell rotations, there are also attack patterns and movement patterns that help you with your rotation. Here’s an overview of some of them that you can use:

Melee Attack Pattern: For any player who goes for a class with the melee range, you should probably be farming in this pattern. Firstly, you aggro as many mobs as you can in your AoE. This, however, of course, is completely reliant on the fact that you are in an area where you are able to aggro a lot of mobs without any repercussions. Then, you try to land AoE spells and buff up while with as many mobs as possible. Of course, if you do not have spells that can aggro so many mobs, then you are better off slicing and dicing one at a time but at an extremely quick pace.

Ranged Attack Pattern: If you are a ranged class, whether you are physical or magical, you are bound to be squishier than your melee counterparts. So, if you are leveling up solo, there's a high chance that you won't be able to take on multiple mobs. You should then find an area with a lot of mobs clumped up, charge up an AoE spell or an attack and go from there. Make sure to not overwhelm yourself unless and until you are playing together at a party; otherwise, you will have a seriously hard time tackling all these mobs at the same time. Timed or Limited Time events are also an important part of the game. Staying on top of them helps you gain a lot more resources than you naturally can simply because of the multiplier set on these events. Plus, some events in the game also reward you with higher chances of getting drops that you need. These events usually span for 24 hours or longer if they are particularly special. In most cases, they require collaboration from multiple players in the servers to reach certain goals that reward you with more items as the game progresses.

However, these coupled with daily and weekly missions are an excellent source of XP that you definitely should not be missing out on, especially as you advance further in the game. If you haven't figured it out already, getting the hang of these daily, weekly, and monthly quests is the key to increasing your XP gathering rate exponentially.

By taking a look at these advanced tips and tricks, you should be able to easily clear through mobs of enemies without a single hitch. However, the game still relies on you to put in the time and effort to make sure you can become the best player.