Kingdom the blood pledge is a new Mobile MMORPG that just got released, and it brings some very interesting stuff with it. The game takes place in an open-world environment where you will encounter many different beasts and monsters to fight. The game also introduces many unique weapons to choose from and a PvP mode to fight other players. The game has many places to explore and has many various quests. Below is our First impression and all the things you have to go through when you first start playing this game. 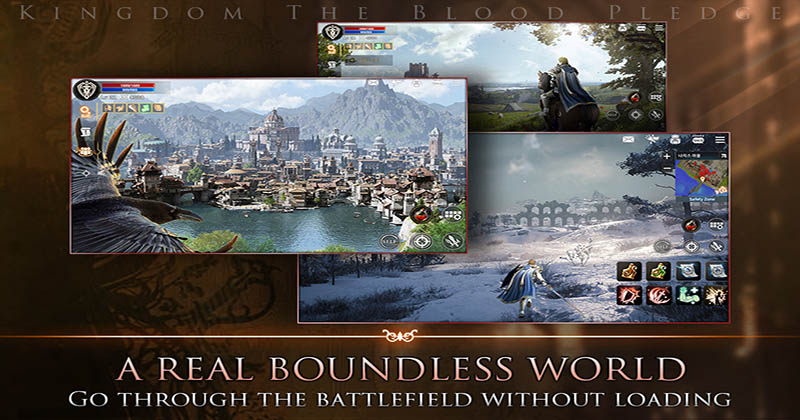 When you enter the game, you will be asked to choose one of the five warrior classes. After choosing your character and naming it, the game will take you to the world in which the game is located. Here you will find yourself in the middle of nowhere with no abilities on you other than your auto attack and one essential ability.

But you don't need to worry, the game's Auto Quest complete system will guide you, and an NPC will come on the screen telling you about the game a little more. After that, there will be some basic Quests for you that will teach you about your game mechanics and will guide you on how to level up.

Enemies you will encounter:

The enemies you will encounter in the game vary from normal wild animals to mythical creatures like dragons. You will also confront monsters and demons as well depending on what quest you are playing. The game also has PvP implemented in it, which allows other players to attack you or vice versa. The game rewards you for slaying these enemies depending on the type of the enemies. It will also help you to experience and level up. 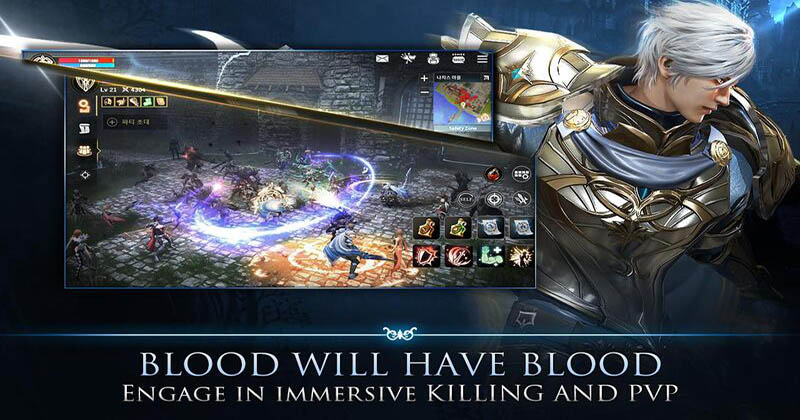 One of the most important parts of the game is its gear system, as it is one of the two things that increase your character stats by a lot. There is a wide variety of gear types you can have, like helmets, armor, weapons, shoes, etc. To get your hand on these gears, you need to either craft them or get them by completing different quests.

The game has many different kinds of weapons they can equip. Each Weapon Type will have different stats and could be used by specific classes. The game has a rarity system included which will reward you with an extra buff for finding or crafting rare weapons. Weapons in this game are your main damage dealing gear.

You can also enhance your gear in this game, allowing you to increase its stats by a lot. The enhancing system in this game is very interesting as it can either reward you or penalize you depending on how much you enhance an item. The item will break if you over enhance it and will give you some materials in Return for it.

The game also includes a Guild System, which gets unlocked at level 15. This allows you to join other players and fight alongside them. The guild system in this game allows you to make alliances with other guilds and rivalry as well, which is a very interesting way to make people join guilds. Apart from that, the guild also has Guild Quests which allow you to do Quests with your teams.

If your Guild reaches a certain level, you will also be able to unlock a Guild Base or Even Castle. These places will act as your safeguard and will also attract other strong guild members to join you. The main guild menu has a guild chat and an announcement wall as well, where you can chat or put announcements for your entire team. The higher your Guild level gets in the game, the more perks you will have due to that, making Joining Guilds a very important thing to do in this game. 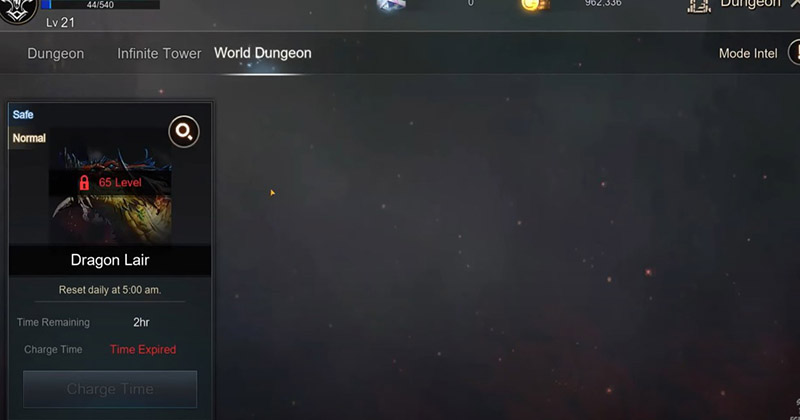 The game also features many different Dungeons to choose from. These dungeons are opened on the basis of your level. The higher your level will be, the higher level Dungeon you will be able to enter. These dungeons have different floors and enemies, which you need to clear. After clearing the small Fry's, you will end up fighting with main dungeon bosses that will be very hard to take down but defeating them will reward you with a lot of Gold and Materials. The dungeon bosses in this game have unique designs and attack patterns making them very hard and fun to go against.

The game also features an infinity tower which looks like one of those game modes where the goal is to reach as high as you can. The higher you will go in these levels, the more you will be able to get rewarded for it, but it also gets harder to climb up. The infinity tower seems like a fun way to grind your character. Apart from the infinity tower, the game also has World Dungeons. These are special time events that offer you amazing loot but have very high difficulty levels. So you should definitely check these special events out as they have very high-level loot as a reward.

The game also features a teleportation mechanic, which allows you to teleport to different NPC and side quests in-game. To teleport to someplace, the game will charge you some gold in exchange. The game also contains teleport scrolls. These scrolls seem like they don't charge you a lot but only take you to certain places.

In the early game, you are given a home scroll. This will allow you to teleport back to your safe place. The teleport scroll seems very useful as it can help you get out of some really sticky situations. But remember one thing if you are in a dungeon, you can't use a scroll to get out, so be careful. 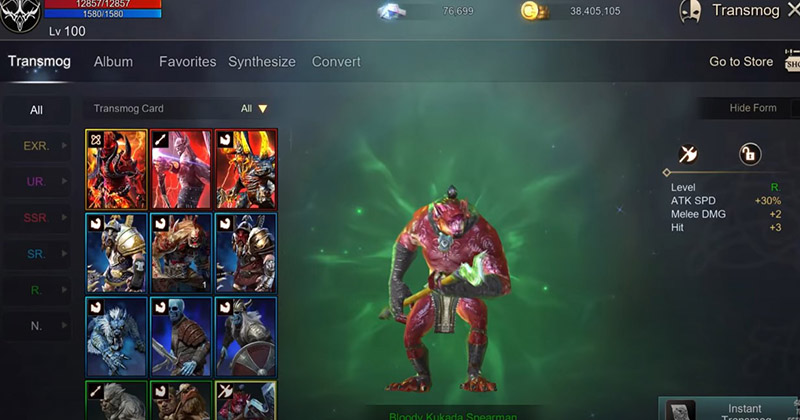 Transmogging is a unique mechanic in this game. The ability to change your character into another character for a little while is very interesting. In the game, you will find many different cards which will let you Transmog. These cards come in different rarities, and each rarity will affect the character's stats. The character you will be able to transmog in will be from any of the five classes of the game.

The game also has a pet feature which seems like that owning them will give you some Passive Stats. There are many kinds of different pets with different rarities Hence varying the type of stats you can get from the Pet. You can also hide your Pet if you don't want them to appear on the screen.

Attribute Points seem very important for your character if you want to increase their stats. There are five different main Attributes in the game which you can use these points. STR and INT seem like the more important ones of. Each attribute has a different set of stats that they will increase. So it looks like that increasing the right stats, which will synergize with your character, is a very important part of the game.

Apart from Attributes, you can also increase your stats by getting runes. In this game, runes have different build paths, which seem to represent different stat skills. For you to be able to open a rune, you need to spend some materials. The more runes you will open, the higher the cost of the next one will be. So be careful while opening them, as these runes can make your character very strong.

The LDPlayer Feature For Kingdom The Blood Pledge:

Kingdom: The Blood Pledge is an open world MMORPG with different quests to complete and enemies to fight. To make the game easier, you can set some Macros which can allow you to quickly cast certain abilities or do repetitive tasks. LDPlayer also allows you to play this game at a higher graphic setting letting the game have an entirely different feel to it.

Kingdom: The Blood Pledge seems like a very fun open-world MMORPG. The game has many different enemies to defeat and dungeons to conquer. The game's huge collection of Gears and items make the game very intriguing and makes you want to explore it more. The vast world of KTBP has many different terrains to explore and NPC to interact with, making it a must-have experience. If you are looking for a guide on how to be better at the game, check out our Tip and Tricks on KTBP. You can also download Kingdom: The blood Pledge on PC from here.