LDPlayer Download ヘブンバーンズレッド on PC News and Guides for ヘブンバーンズレッド

Heaven Burns Red Tips and Tricks to Advance Your Gameplay

It is time to fight against an unknown creature called Cancer, and a lot of things are now here to be beaten as a player. Heaven Burns Red makes you fight against this mysterious creature and go through many enemies and bosses to make it better gameplay and advance better through the game; you will always need the best tips. So, this guide is for you all with some packed Heaven Burns Red tips and tricks to advance better from your gaming and if you want the best gaming experience in a better setting, try playing Heaven Burns Red on PC with the best android emulator: LDPlayer 9. With that being said, let's start our guide.

Try to Get into the Best Characters for the Best Damage

For the players who have the main aim of doing great damage to opponents, they must always select the best Heaven Burns Red characters. But we don't get the best powers with all of them in a similar way because they will be different in their strength levels as well as their performance.

Taking a character in the Heaven Burns Red tier list will be a hassle if you need to know who to go for each situation you face. What we recommend here is to be concerned about their roles. The reason is that each role is mastered for a specific skill in this game, and understanding which role to be put in to which situation will always be going to save you a lot from many challenges, 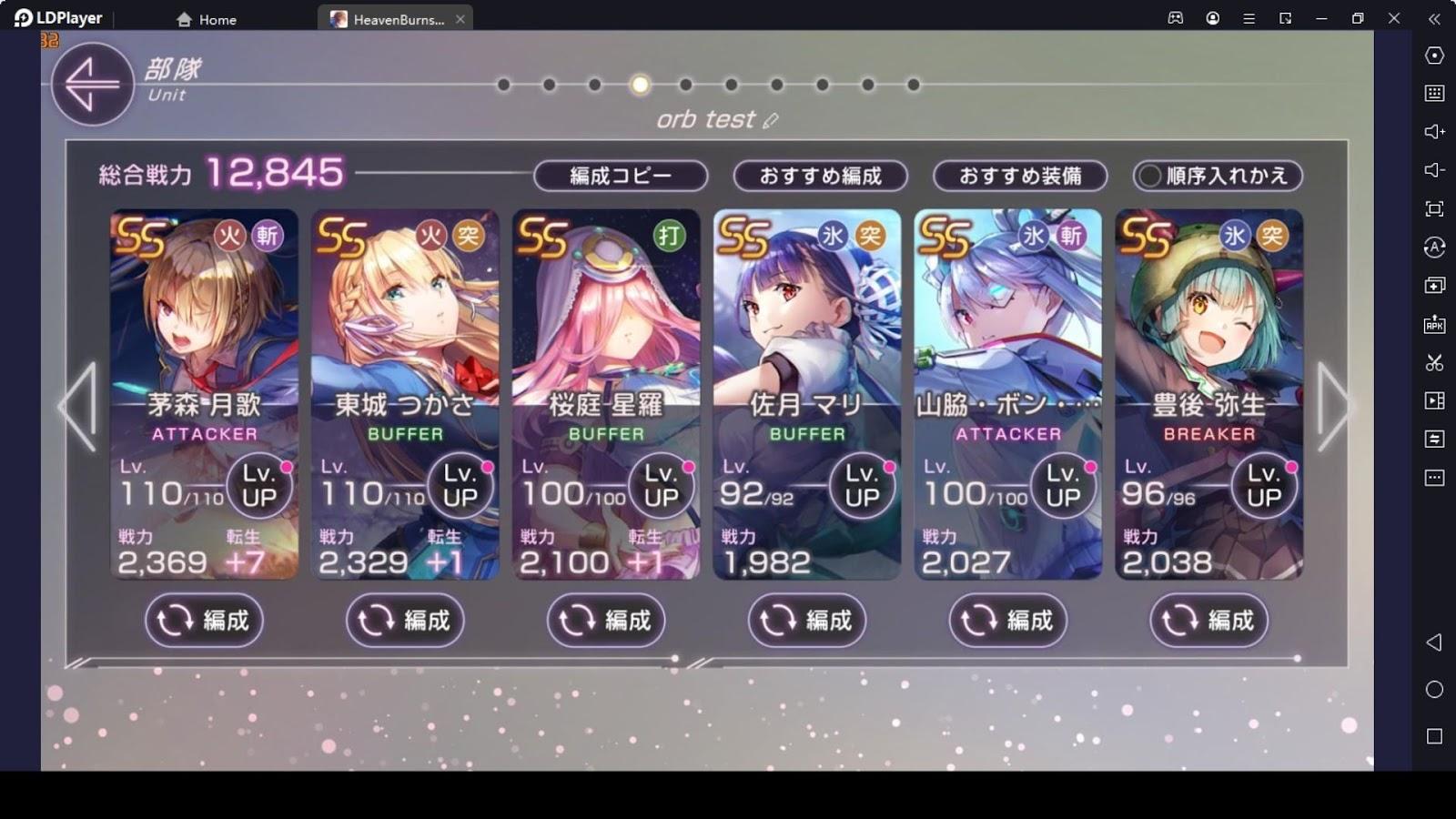 So, we have seven roles distributed over all the characters, and the shows' specialization can be listed as follows.

So before you get into a certain occasion from the game, see who will be doing the best according to that situation by considering the role. You can generally have a better advantage for your Heaven Burns Red gameplay without making it a great deal.

Don't ever be hesitant to kill your monsters in Heaven Burns Red gameplay because it can lose you a chance to advance through the game. And on the other hand, if you do not try to kill your monster in the first turn, you can; he will run away from you, and he will not stay still by just running away. The monster has a greater chance of attacking you too. If you want to kill these monsters with the best attack, you are free to go with a basic attack because it will be enough to make you accomplish what you want. And if you are searching for a powerful character to kill your monsters, don't forget to follow up with a character who is following up with a Gun or scythe, as it can give you three more damage.

Killing monsters can always offer you an excellent advantage for the game because it allows you to earn EXP. And also, note that there is a high chance of having some items collected because many accessories will be dropped out whenever these monsters are getting beaten.

Combats in this game will run with opponents and you until one loses their HP to the fullest. We can give you a healthy tip to use as a Heaven Burns Red beginner here. First, don't try to put your characters who got the lowest DP to the front. Instead, place them on the back and take your Heaven Burns Red characters who got the best and extra DP to the front. So they can bear the most powerful attacks of enemies with great timing. 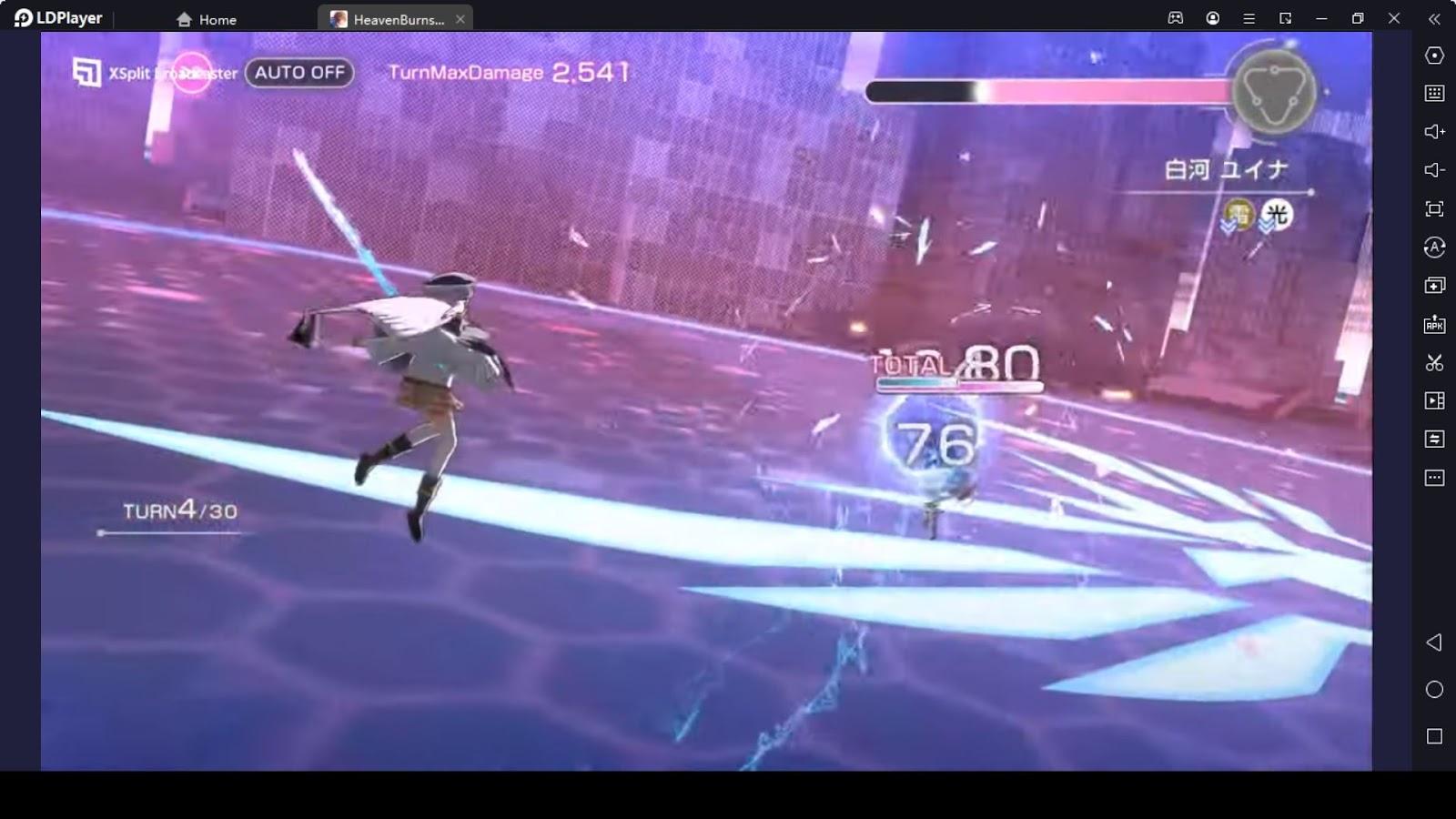 And the second thing is that when you are in combat and battling against an enemy, make sure to make a party that goes well with the enemies' resistance. If you are currently in the clock tower and arena, then it will be better to have a more fluent team in attacks. But when it comes to the dungeon, we recommend you see the resistance of your bosses and then form a balanced team to beat them.

Most of the time, Cancer has the basic pushes, strikes as well as slashes as its attacks, and it also has the resistance coming from the ice, fire, light, lightning, and dark. If you form your team with better compatibility, it can increase your damage against the enemies. But please note that your resistance will always go with the Cancer, and it will be better if you form a team that makes better both the clock tower as well as in the arena.

How to Craft Accessories?

Accessories will be a real help for you when you continue through the gameplay, but if you need to learn how to craft them, that would be a problem. So let us give you some Heaven Burns Red tips on crafting your accessories from the game.

You can first talk with the black cat in the Garden of Memories. Then you have to select the dialogue option for "I want to transmute" (note that these dialogues can be changed when the game is officially released). Right after that, you can select an accessory you want for crafting. You will have to use material gems and GP to craft these accessories. Two material gems will be equal to 100,000GP, and you can have them from the boss of the Prism battle. All the accessories you create in this game come with an enhancement value as well, and it will randomly define your effects and status.

If you want to know what accessories are better to craft, there are a few of them as follows.

It is a must to have a perfect team created in Heaven Burns Red when you focus more on doing the best against enemies. Here, you better know which attribute will give you the best benefits, as well as how each character will fit into the best position.

In terms of attributes, the lightning attribute will always help you greatly from its buffs and the debuffs, so you will generally be doing your best for the game when you have lightning Heaven Burns Red characters with you.

On the other hand, the thunder attribute will also be good from their strength, while ice and fire will be a help from the defense aspect. And adding dark as well as light attributes for a party will also be great but note that they have little power featured in this game.

We have several team formations that will help you with each attribute, and let's begin with the fire party.

And for the lighting attribute, we have another team as follows.

For the ice attribute, we have a part to recommend as follows.

By using the following heroes, the light attribute will also do great with a party.

And for the last, we have a dark attribute team as well.

Always try to form your team with an attacker, healer, debuffer, and blaster, as well as with two buffers. You can replace one buffer with a debuffer as well. This game has Strike, Slash, and Thrust as its main attributes, and there will be Lightning, Ice, Fire, Light, and Darkness as the major elemental attributes. So please note that every enemy you see has a varied resistance, and if you take proper advantage of these attributes, it can raise your abilities for damage dealing. And will also result in a decrease in your damage. So always try to form a team by considering the resistance of your enemies.

And this is all that we have to bring you from this Heaven Burns Red tips guide, and we truly hope that these all will bring you the best from the gameplay. Rather than going to the enemies with a bare hand, these will help you for the better, and please note that the gameplay tips are based on the Japanese version of this game since it has made no entrance to the global market. So things can be subjected to change as per the global version. 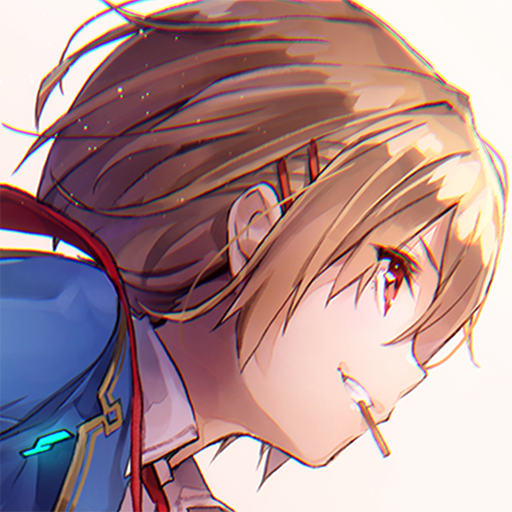 Heaven Burns Red Codes to Advance In Your Gameplay - February 2023