Diablo Immortal 2021 Coming Everything you need to know and More!

The Diablo franchise is Blizzard's iconic take on the RPG / MMORPG genre. Based on a rich world with hundreds of unique characters, storylines, and a well-crafted world, the game has been a cult classic for over a decade, with it being a paid PC exclusive. However, you can now download the game for free on PC and enjoy Blizzard's newest installment to the franchise, Diablo Immortal. However, there are some stark differences between previous iterations of the game and its newest one. Here's everything you need to know about the new Diablo Immortal. 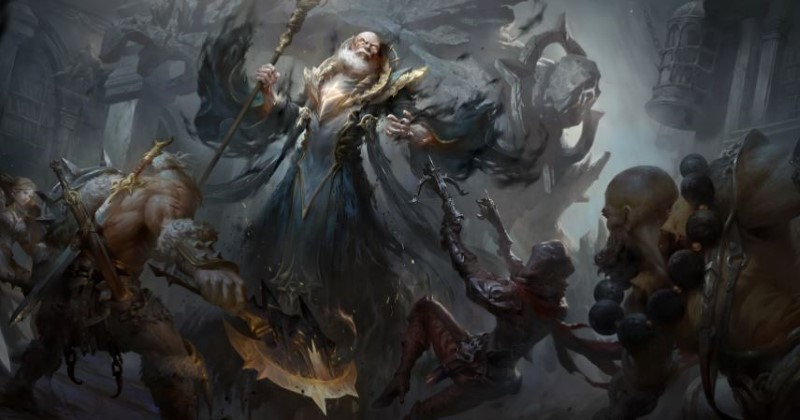 Blizzard is known for its emphasis on quality rather than quantity. As such, Diablo Immortal does not have 10's of classes. Instead, it only has six carefully crafted classes, with each having its nuances and intricate mechanics. Here are all the classes that will be available for free on release in Diablo Immortal:

Diablo Immortal will be providing players with a brand-new story that will be taking place within the timelines of Diablo 2 and 3. You are going to be tasked with preventing Diablo’s minions from resurrecting him once again. Most of the plot takes place in the fragments of the Worldstone which was destroyed during Diablo 2. So, now, evil powers are striving to come back together which adds a very powerful link to the second entry of the game.

Here are all the different areas you can expect to see in the game: 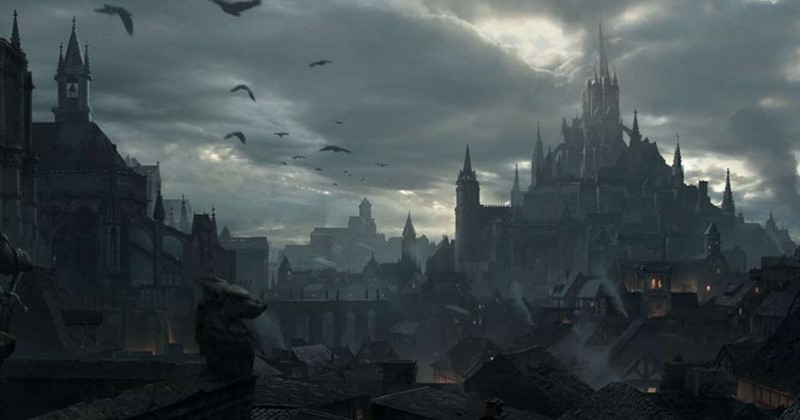 Based on the primary location from Diablo 3. Westmarch is a populated city with no signs of Malthael’s corruption at any place. Now, the game is a populated dense social hub that allows you to purchase supplies, meet players and access your stash and inventory as well.

The Ashwood Cemetery and Dark Wood:

The Ashwood Cemetery is also known as the Tutorial Island and is featured in an old manor with crypts surrounding it traveling around the entirety of the cemetery. The Dark Wood has now come out in Diablo 3 and is considered as a late-game map.

Moreover, here are some of the other locations you are going to be finding in Diablo Immortal:

What Game Modes To Expect?

Diablo Immortal will be packed with a variety of different game modes for players to hop into. Dungeon hunting will act as the main story where you are tasked to clear out an increasingly varied number of bosses as you level up. Moreover, more complex elements of the game like Rifts will also be present, with their fabled Elder and Challenger variants. These game modes offer a much more formidable challenge for all the veteran players. Consequently, they also provide you with better loot, which adds complexity and challenge to the game.

Just like any other MMORPG games, you can expect your usual PVP and PVE game modes that are quite common. As mentioned earlier, alongside Rifts, you can also travel the open world and engage with other players completing the story or participate in a guild and finish off dungeons for epic loot. Moreover, unlike Diablo 3 (which topped out at 4 max players,) you can now up to 10 players banding up to take down epic bosses!

Is Diablo Immortal an RPG or an MMORPG? 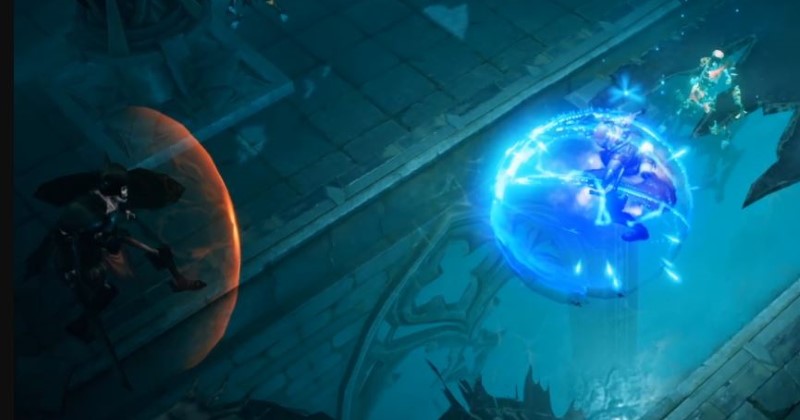 Diablo Immortal is a culmination of both an ARPG (Action RPG) and an MMORPG. So, there will be particular points in the game where you'll be facing off against AI-based opponents completely solo. On the other hand, some aspects of the game, such as the game's Bounty Board, will revolve around you hunting down players in a PVP environment.

The developers have given players a choice with how they can tackle the game. It can be done both solos or with other players. Since the game itself is split up into multiple zones, you can team up with other players in a particular zone if they please. Like the original Diablo, players will be allowed to create Guilds, form parties and alliances, allowing for an expansive social environment if you wish to partake in it.

Unlike other Diablo games, Diablo Immortal will be available to everyone on their iOS and Android devices entirely free. The game will mainly have in-app purchases that will consist of cosmetic alterations that won’t affect the game's overall flow. 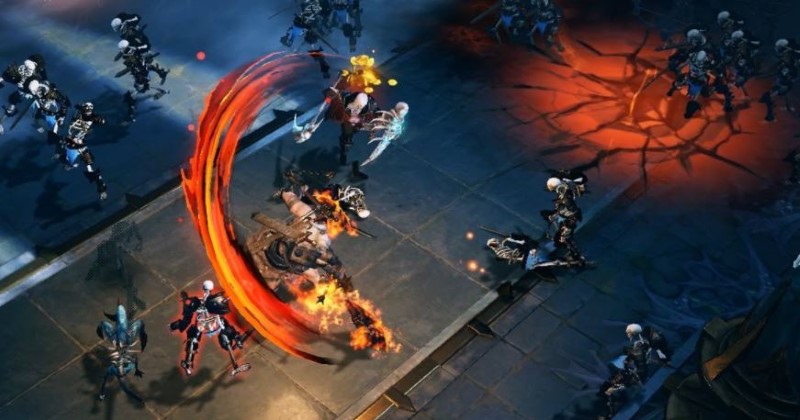 So, players who start the game off will be on an equal footing throughout its entire course, with no actual differences between someone who spends real money on the game. The developers have also confirmed that multiple DLC expansions will be added to the franchise as the player count increases. All of these DLCs will be free, too, and add tons of content to the already expansive game. The game is also featured in one of the most awaited games of 2021.

What to Expect from Items in Diablo Immortal?

Diablo Immortal will be the first game in the franchise that has an intricate item ranking system. So, you can now salvage gear and combine it with items that already exist in your current inventory for improved stats. Moreover, while high-level gear drops will not be seen very often, high-level items will still be fairly achievements to keep players hooked to the game.

The game's pace is rumored to be somewhat slower than the previous franchises as the developers wish to enhance the sense of accomplishment a player will get after they get a good item drop.

Why Play Diablo Immortal on LDPlayer? 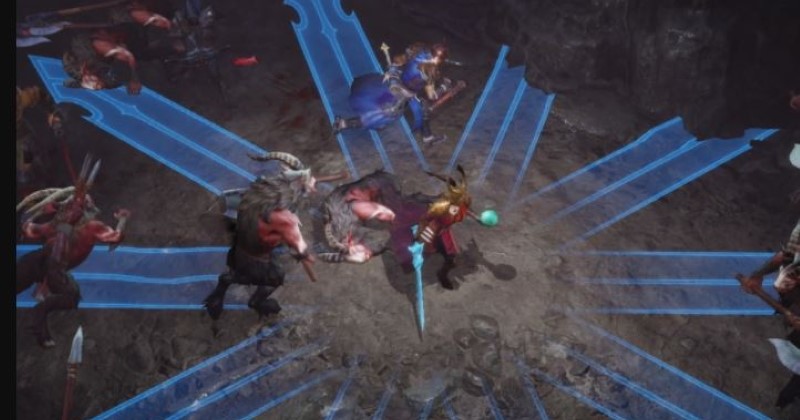 LDPlayer is arguably the best Android Emulator out there. With multiple features that enhance your MMORPG experience, it only makes sense for you to take advantage of the unique advantages the Emulator offers for a competitive advantage. Here are some of them:

What Monetization Method will Diablo Immortal Use?

Just like most free-to-play games, Diablo Immortal will incorporate a Battle Pass. Players who purchase the pass will need to complete a required amount of objectives in order to get better at the game.

However, unlike most other games, Diablo’s Immortal Pass will feature both a free and paid track. So, players will be able to earn rewards even if they do not want to pay for them. However, do note that the paid track will of course feature more rewards. But, all of these rewards will be cosmetic in nature and will not affect the flow of the game whatsoever.

What Economy System Will Be Present In Diablo Immortal?

Diablo Immortal will be incorporating the same market structure present in previous iterations of the game. However, this time, it will not be a real-life money auction house like Diablo 3. Instead, it will be an anonymous market with buyers and sellers with no ability to cash out.

The game will incorporate particular limits on the number of items you can put up for auction at any given point. You can find all the items you may wish to procure from Legendary Gems to epic gear. Free-to-play players can also utilize the market to trade high quantities of common items for lower quantities of rarer items. However, of course, the grind for them will be much greater.

Officially, Blizzard has not provided us with an exact date for the release of Diablo Immortal. However, we can expect Open Alpha Testing to be starting out at about Q3 of 2021 which means we’ll have announcements for Alpha Tests coming out. Then, it's only a matter of time depending on the number of bugs and errors present in the Alpha version till the eventual final release.

Stay tuned since we’ll constantly be providing you with the latest information on when the Alpha tests open. You can, however, pre-register for the game right now on both Android and iOS!

The upcoming installment to the fabled Diablo franchise will surely be a massive threat for all ARPG and MMORPG fans. With unique classes and a well-crafted character combat system that offers an impressive variety of both skill-based gameplay and RNG, there’s no reason to believe that the game won’t turn into an instant smash shit. As such, we recommend that you stay up-to-date on the latest news for the game so that you never miss out on anything important!