A macro is a shortened version of a computer command which makes the computer carry out a set of actions. The main function of macro: multiple events can be triggered through one key. Macros can be used for one-key combos, one-key chat, etc. It is very useful in some clicks that require repeated clicks or fixed logic. This article will tell you how to set up the macro, the specific syntax and usage of the macro, and some common macro examples.

Step 1: First, you need to download LDPlayer and a game, and start the game in the emulator.

Step 2: Click the "Keyboard mapping" in the upper right corner of the emulator, find the button "Write macro", and drag that button into the game interface (The position of the button is arbitrary). 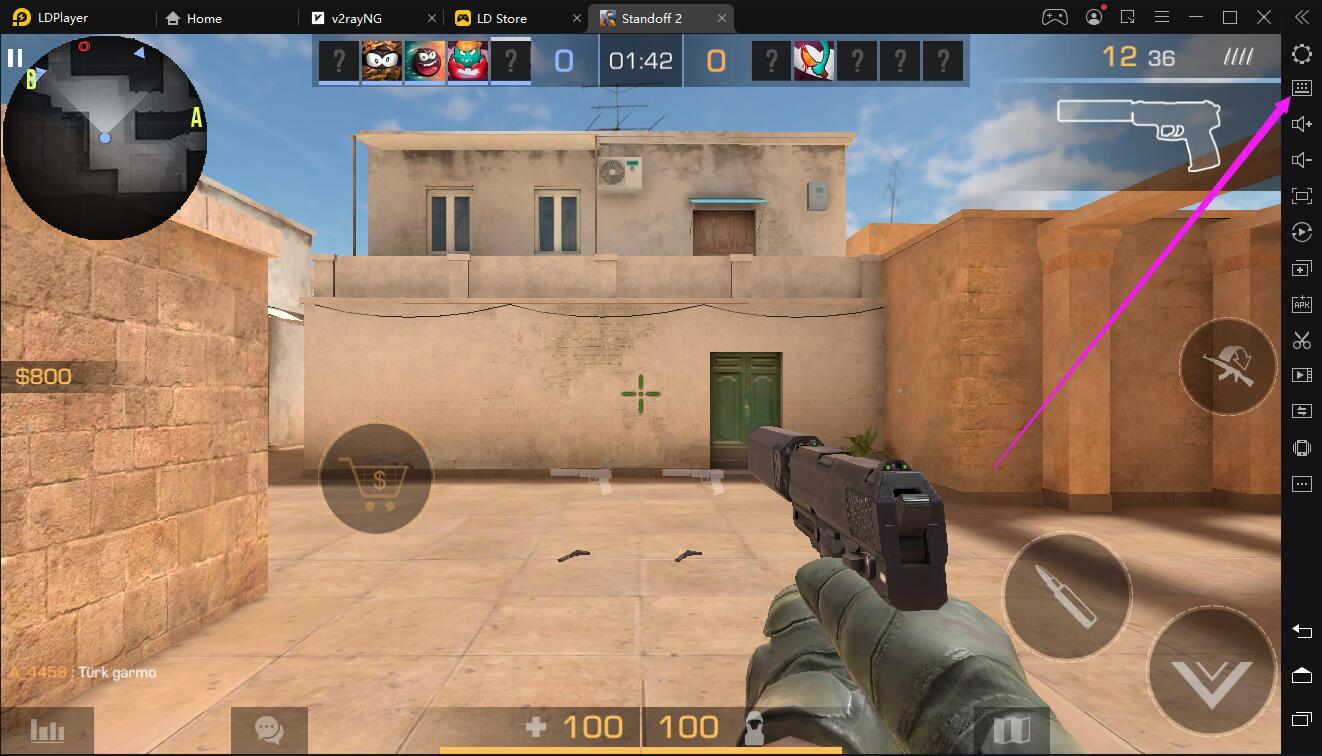 Note: The way to get the coordinates: when you hover your cursor over one position in LDPlayer, the coordinate of that position will be showed in the bottom left corner of "Macro editor" automatically. (Only version 3.24 or higher has this function)

2. The specific syntax and usage of the macro

Usage: Click on the specified position on the emulator window.

Usage: simulate the sliding operation of the mouse, sliding from dot A to dot B, you can also set the time required for sliding.

Usage: It can be used with click commands such as touch command and key command to wait for a delay. The time unit is millisecond.

Usage: Click on n positions at the same time. The above example shows that three positions will be clicked simultaneously. The release command is not required in this press-n command.

text Guys! Quickly use LDPlayer to play Arena of Valor!

Usage: key command will trigger the Enter key to open the chat window first, and then text command will copy the words that you have set previously to the chat text-input box.

Usage: Used to control the view after hiding the mouse. It needs to be used with the Shoot-view button to take effect.

Usage: Press the macro key while holding the skill key to cancel the cast. 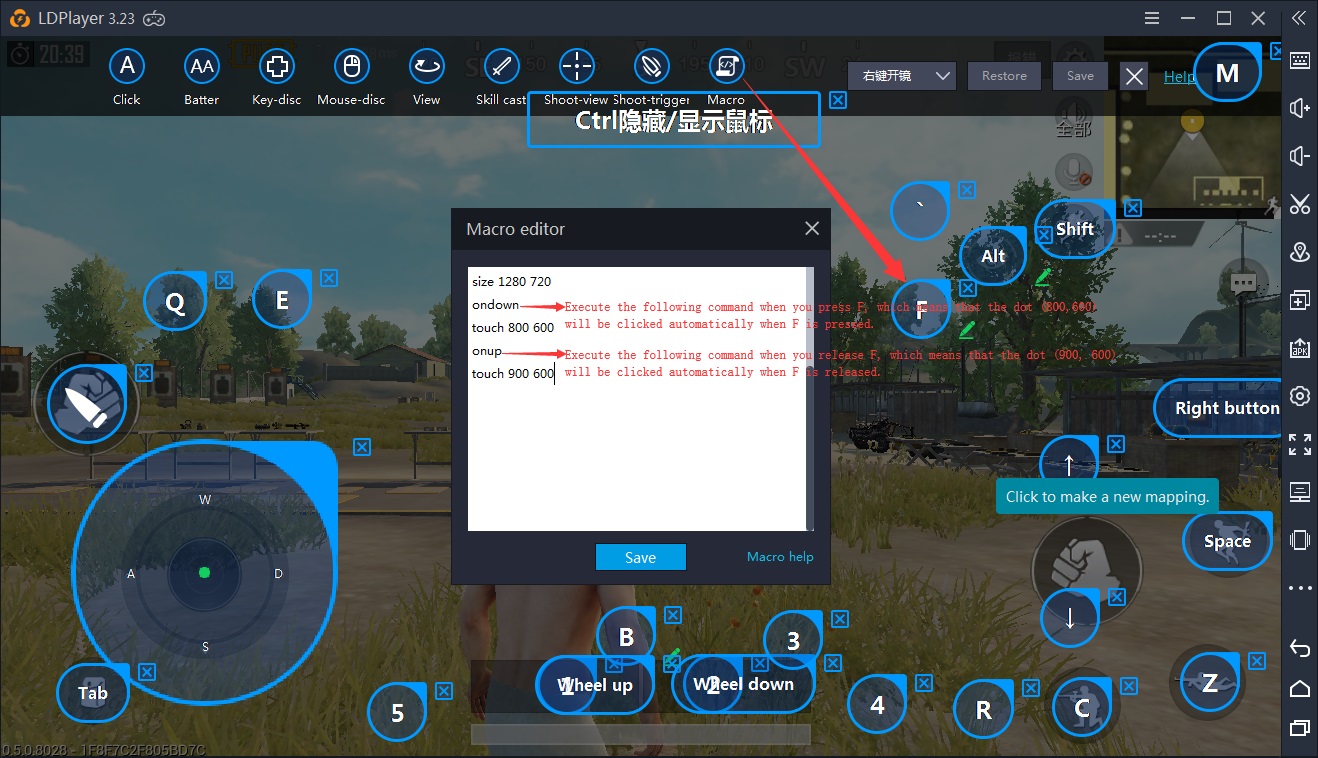 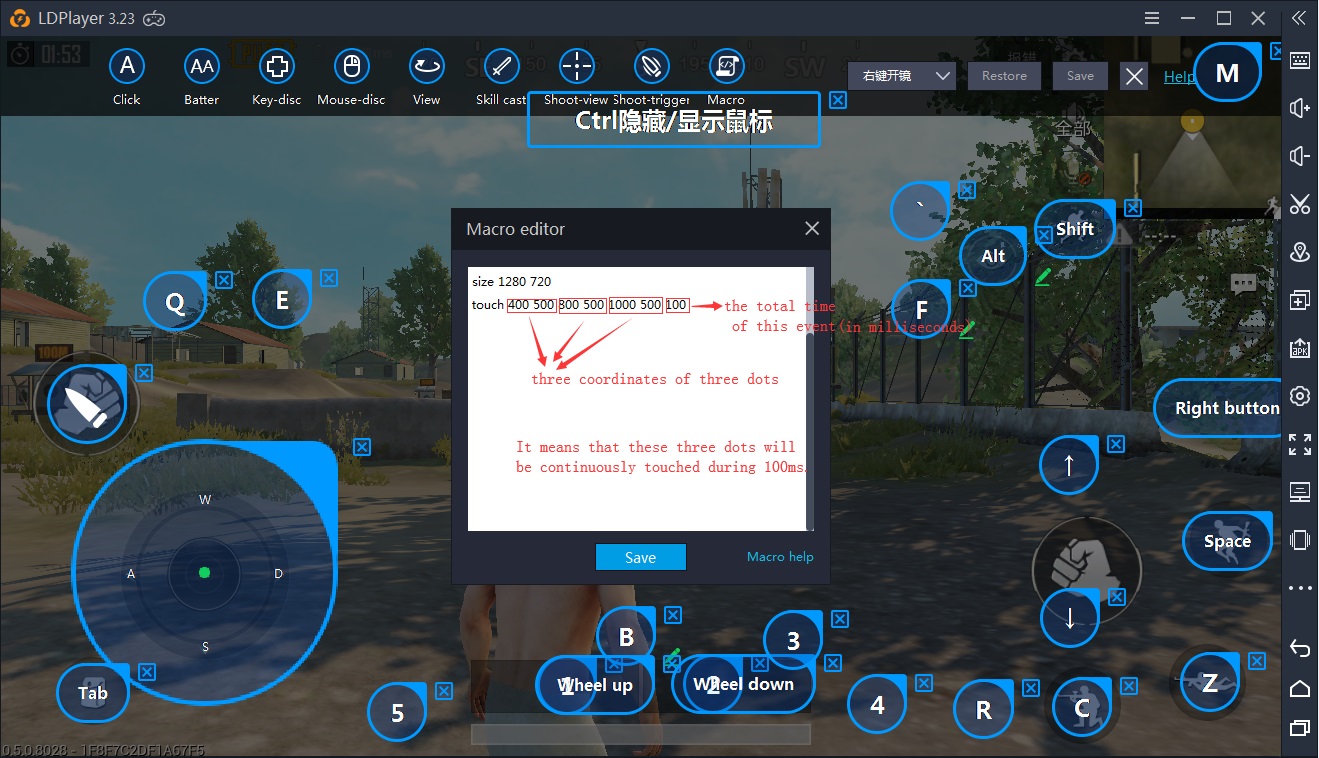 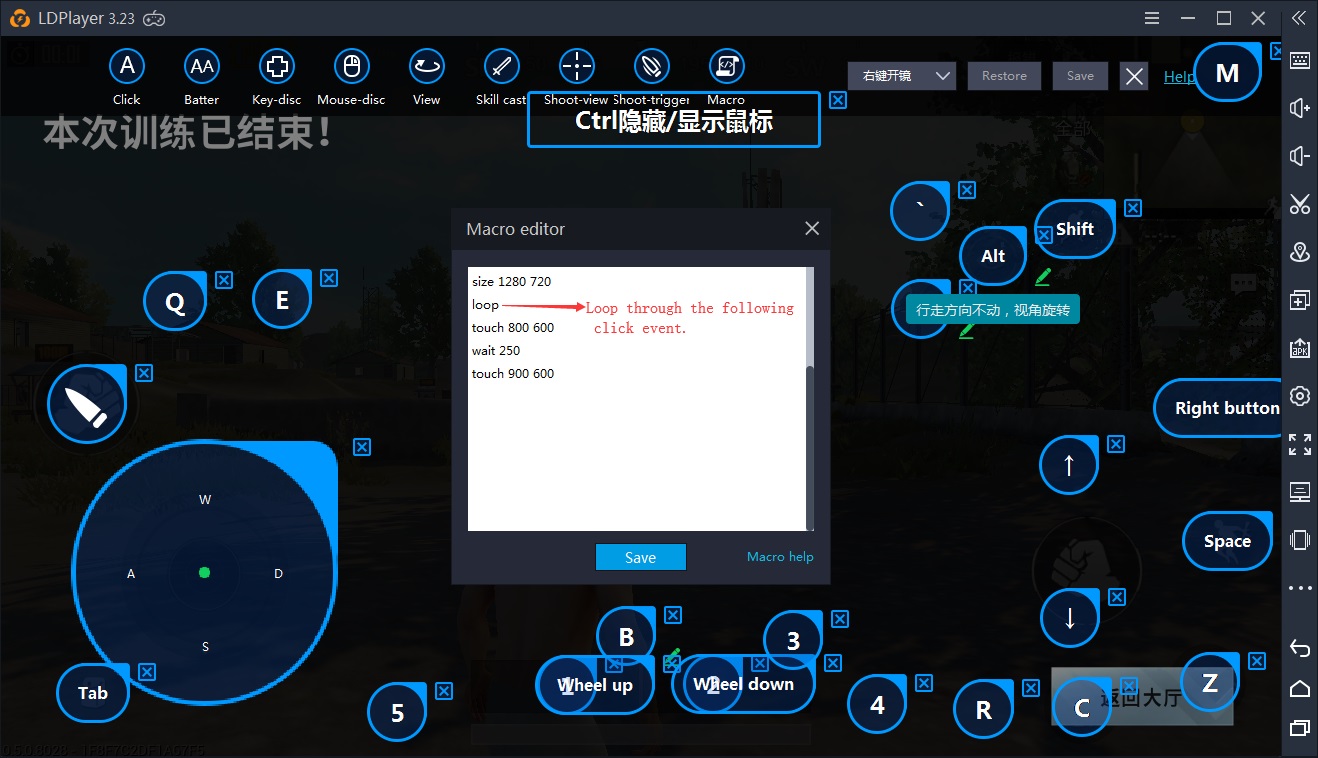 6. Key command: Call the key that you have set. It will be easier to implement the combo. When you press 6, the skills of E and W will be released respectively and the direction of these skills follows your mouse.

7. text command: Chat with others through one key in Arena of Valor. Trigger the Enter key to open the chat window using key command first, and then copy the words that you have set previously to the chat text-input box via text command.

9. Mouse-lock command: It is used to lock your mouse and so your cursor won’t be moved outside LDPlayer.

10. Click multiple dots. (Only available for the version 3.55 or later)

Many other macro combos can come true as long as you are imaginative about our Macro feature.

Was this article helpful?
164 users found this helpful.
Yes No