Epic Seven has just had its Major March 25th Game Update. Hyped for a long time, the update includes a new 4 Star Hero, a completely new Side Story, an increase in the Drop Rates of a few other heroes alongside some balance patches and optimization. We will be going over the significant changes and additions done to the game alongside the complete full official patch notes for the Epic Seven March 25th 2021 Update.

Do note that the new update requires no maintenance period, and your game will automatically be updated whenever you launch it. 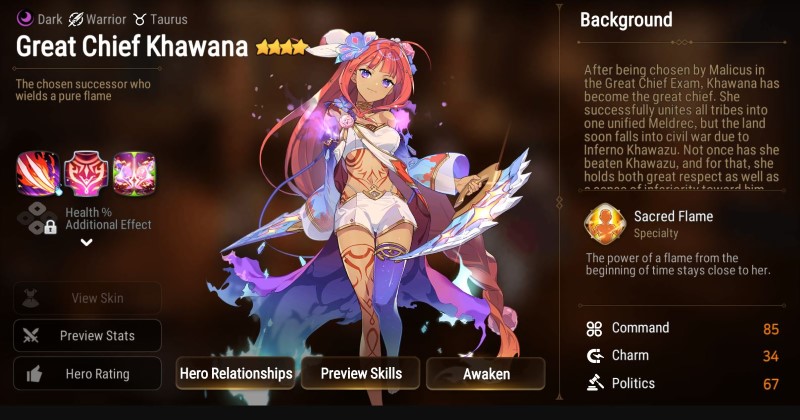 Great Chief Khawana is a new 4-star hero added to the game. The successor itself is chosen by Malicus, who has reunited Meldrec. She can effectively deal with enemies who use dual attacks alongside enemies who have potent debuffs. She will be added to the Mystic Summons and Moonlight Summons as well.

For a general overview of her skills, she increases the Critical Hit Chance of the caster and the Attack DMG of the caster as well. Moreover, the attack effect can stack up to five times allowing her to persist in battles for much longer.

Her skill Great Devotion lets her dispel two debuffs from all allies near her while also granting her an increased Speed with a barrier. This spell grants her unique situations in battles. It also grants an extra turn to the caster, which lets her continue attacking.

Her last spell, Vertical Cut, lets her restrict the enemy with her Soul Burn effect, which deals with massive damage to the enemy. If you have just gotten back to the game, here’s an epic seven re-roll guide to help you reroll fast in this game.

New Side Story – An Uphill Battle: 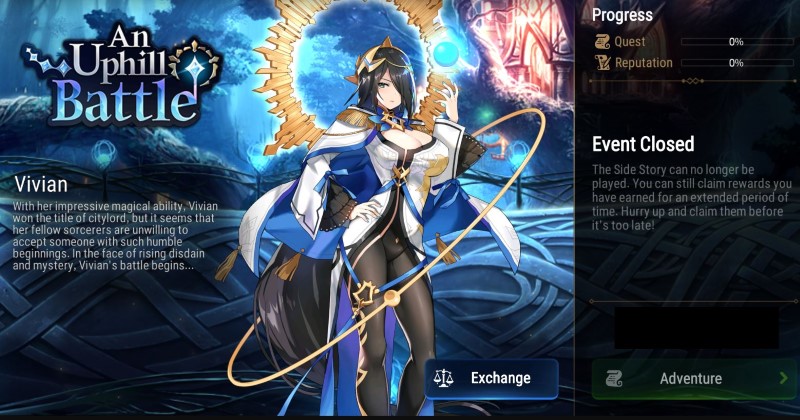 Vivian has now won the title of City Lord with her fellow mages not accepting her proper position. Now, her story begins as she tries to establish herself as to what she was earlier. The event itself will last from the 25th of March to the 8th of April. You can enter the event after getting to Account Rank 9. Go to the Lobby and tap on the Side Story option.

The event itself is a two-week side story that lets you clear side story stages, achievements, and quests and obtains event currencies that can also be exchanged for items. As you play the side story, urgent missions may still occur. 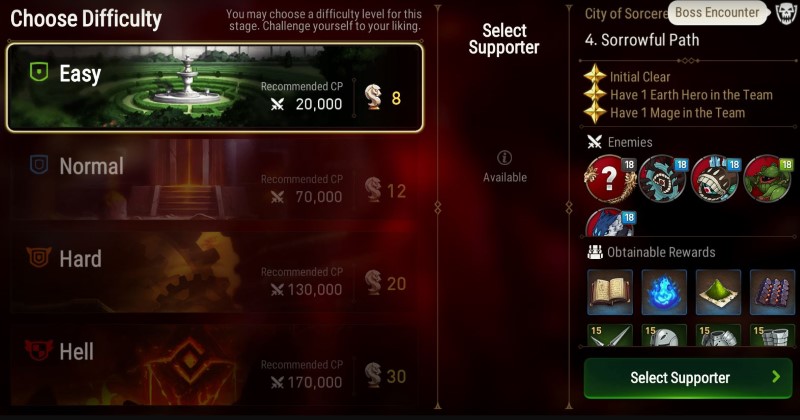 Players can choose different difficulties at each stage. You can choose a more severe difficulty after you have cleared the previous one. As your difficulty progresses, the energy you need to play will increase as well alongside the currency earned.

You will also be able to exchange event currency, including Monster Report, for items in the Exchange as well. This particular currency can be earned in the Side Story.

Vivian is an Earth Elemental Mage who has an AOE attack that also buffs allies. You can also obtain the exclusive Mage Artifact, Dignus Orb, which is extremely beneficial for low health mages. You can get this hero and the Artifact itself in the next Drop Rate Up Event. The event will last from the 25th of March to the 4th of April. 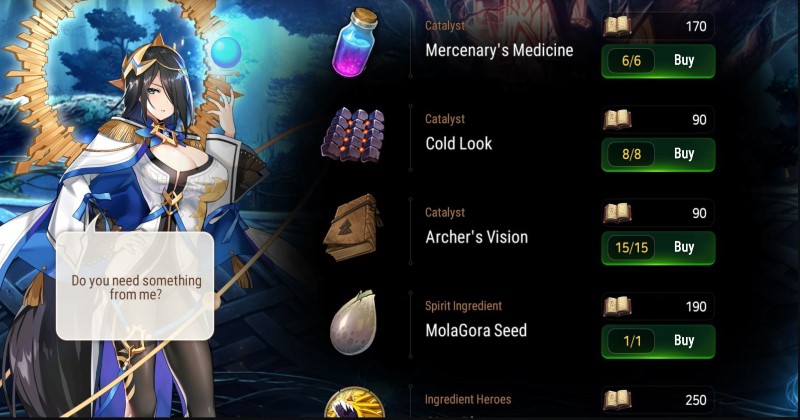 Players will be able to get the new Fire Elemental Soul Weaver, Tamarinne, who can attack both enemies and recover their allies' health. You can also get her exclusive artifact Idol's Cheer which increases her combat readiness and the closest ally whenever she is hit. Currently, the event will last from the 25th of March to the 1st of April.

The Shop is also going through a Sale for the new update. Here are the particular items that have had their prices reduced. Do note that the sale will be lasting from the 25th of March to the 6th of May.

Before you buy everything, here’s the complete 2021 Tier List for Epic Seven which should help you out in deciding what hero you wish to pick.

There was an issue from the previous update where players acquired Catalysts instead of Gold from the Goblin Challenge side story. As compensation, the developers will provide these items to the following players:

So, what are you waiting for? Download Epic Seven on PC and start enjoying the new update.

Arknights: How to become the best Doctor