Arcana Tactics is an advanced turn-based strategy game developed by GAMEVIL. The game's premise has you fusing your units to victory. Like any other auto chess game, Arcana Tactics carries a similar vibe but is different in its fusing mechanic. As soon as you start the game, you are tasked with placing a random set of 1-star units which you will need to fuse to ultimately get to better characters. Here is a list of characters you should look out for when rolling and summoning in Arcana Tactics. What Is A Good Character In Arcana Tactics?

Unlike other Gacha games, Arcana Tactics relies on Auras and particular spells rather than your usual run-on-the-mill stats. Therefore, there’s a high chance that a particular character who has excellent skills and stats might not synergize well with your entire team since your entire composition would not suit his skill set.

A good character in Arcana Tactics is formidable both in PVP and PVE while also fitting most meta drafts in terms of their composition and structure. Therefore, the characters mentioned below are cherry-picked for their effectiveness and, unlike a Tier List, consider everything that a character should have to remain formidable till the late game. If you still are confused about what particular heroes you want in your team, here’s an Arcana Tactics Tier List that should help you out!

Before we move onto what characters you should re-roll for, you should have an idea of the total characters currently present in the game, their classes and what tier they are in. Therefore, here’s a comprehensive list:

Do note that this entire tier list is based on the rarities of the characters and their usefulness compared to other characters that have the same rating. As such, do not expect a Tier 1 2 Star Character to be stronger than a Tier 3 2 Star Character.

Tier 1 heroes are the basic starter units of the game. You need these units to create any other hero of the higher tier.

Tier 3 is when heroes start getting interesting. They are not extremely weak and deal considerable amounts of damage in most situations. However, you are better off trying to fuse them to try and get them to the next level.

Tier 4 is when things get interesting! You should be able to find tons of characters here that can comfortably fit in your late game build. However, you are still a tier down from the stronger?

The Ultimate Tier! We’ll be discussing particular heroes in this draft in detail as well. This is the tier you should strive for as it has the most OP characters in the game.

If you want to take a look detailed look at the best 5 Star Characters you should roll for in the game, take a look at our re-roll list for Arcana Tactics! Perhaps the best Tier 5 character out there, God Hand, is a master fighter of the Martial Arts Clan who resides in the Lunar Shadow Empire. He uses light magic to inflict damage to his opponents and is summoned by fusing a Champion and a Destroyer.

Since he belongs in the Warrior Class, he deals a lot of DPS damage while also remaining surprisingly tanky. His basic attacks allow him to deal percentage-based damage relative to the enemy's HP, which is extremely useful when dealing with bosses.

Presiding from his name, every attack, his hand grants him a stack that deals 170% additional damage every 6th hit done to the same person. With an insane amount of burst potential coming out of the character, he is extremely powerful when played in the right composition.

Moreover, Godhand has about 6750 HP and a very powerful attack (as mentioned earlier,) turning him into an extremely sought after Tier 4 character that you should be looking out for since he is extremely adept at taking out high HP enemies, which most other characters struggle with quite a bit. Swashbuckler hails from the Siren Islands. He is the second-in-command of the Siren Pirates and is one of the strongest Tier 4 characters in the game. Finding himself in the middle of pirate fights, he vowed to train himself and further his strength so that he can become a mighty warrior.

As his name suggests, The Swashbuckler is known for his insane AOE capabilities that decimate the enemy team. For every 6 seconds, he deals Magic Damage equal to 140% of his Power Attack to 3 enemies within three spaces of himself. Moreover, he also deals with burn tick damage for 7.5 seconds to enemies that are close to him. So, as well as being an absolute tank, the Swash Buckler can easily fend off attacks made against him due to his inherent spell kit.

If you want to have the Swash Buckler on your team, you’ll need to be fusing a Striker and a Wonderer. According to community feedback, he’s an extreme hero, especially for a Tier 3, due to his magic damage abilities. While he isn’t great at taking down bosses, he can do quick work of everyone else as his damage can burn through most low-tier minions in one fell swoop. 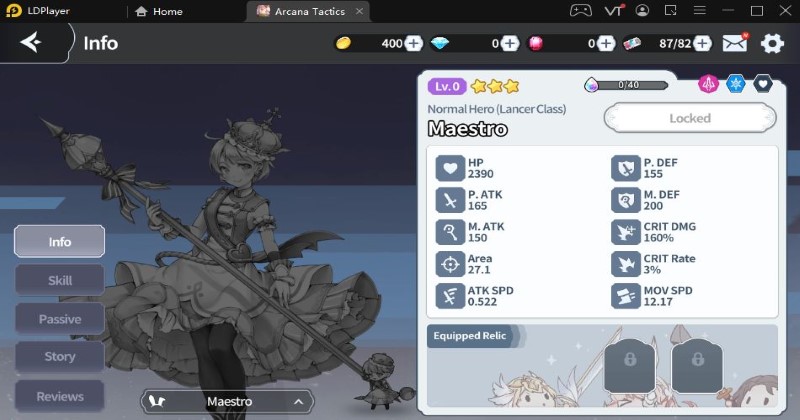 Maestro is a high priestess of the Vallen Order's abbey. She was appointed as a high priestess for her intelligence and good judgment at an early age. To get the Maestro, you must fuse a Guardian and a Druid, which are relatively inexpensive and common heroes.

After doing so, however, the Maestro is an absolute unit for a Tier 3 character. She increases the HP of her and her allies by four within 1.8 spaces and also increases the movement speed of all units within two spaces of herself as an Aura. While these abilities might not seem astonishing at first, it is important to realize that Maestro has the best healing out of any Tier3 character out there.

So, when fighting enemies at an early level, she can easily lead your team to victory due to the amount of sustain she can provide them. She also deals a reasonable amount of damage but cannot take a lot of damage herself due to her role in the game. Therefore, we recommend that you put her in the back lines for optimal performance. 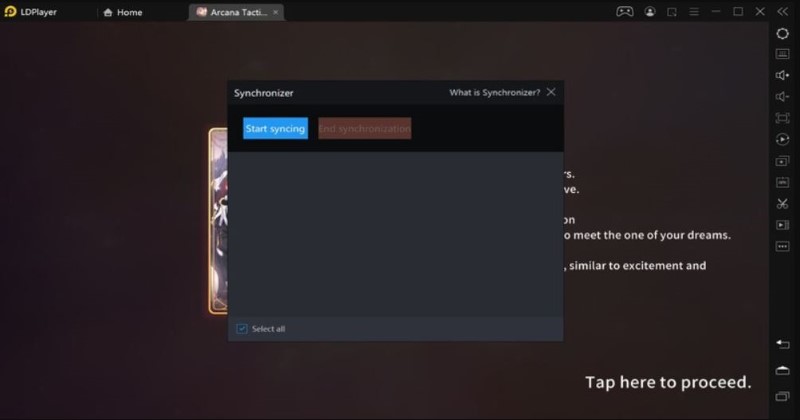 LDPlayer is arguably the best Emulator out there to play Gacha games due to some of the unique features. While it does support features such as dedicated mouse and keyboard support alongside key remapping, what sets the Emulator apart can use the multi-instance and Synchronizer tool to take re-rolling for Arcana Tactics Characters to the next level.

With the ability to completely create multiple accounts at the same time performing the same action on them simultaneously, you can easily make more than one account at any moment with very little cost on your system resources, allowing you to summon multiple heroes to figure out which character you would like to keep in the end. This feature is extremely useful as it saves a lot of time and effort. Click here to download and play Arcana Tactics on PC for free.

Arcana Tactics is an extremely popular advanced strategy game for several reasons. Its unique characters, termed heroes, provide players with a unique sense of depth as they try and fuse multiple different tiers of heroes to get their ultimate ace.

Moreover, with an emphasized Gacha mechanic, fans of the genre can enjoy spending countless hours grinding their way towards unlocking the game's best characters. While the meta in the game will constantly shift as new updates come out, these particular heroes are here to stay due to their extremely powerful kit and what they have to offer to them.