You have to upgrade military forces by minning gold, improve the skills and weapons of your stickman or use extra tools to defeat the enemy stickmen.
Destroy the statue of the opposing country that using strategy and magic power of stick figures : Miner, Sword, Spear, Archer, Wizzard and even Giant.

Combination of new features and graphics that add to the core gameplay of the original Stick War.

Build miners to gather precious gold and gems which you can use to purchase stickman wariors : swords, spear, archers, wizzard and giant.
Increase the fighting capabilities of the armed forces and then defeat enemy stickmans in the war by using your strategy.
Destroy their stronghold to pass the level.
Each level that player complete will get the amount of coins to upgrade their stickman army. 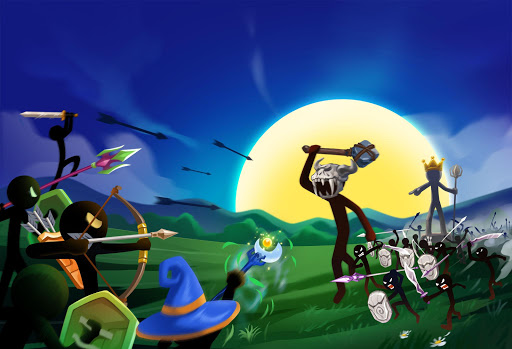 How to Install Stick War: Stickman
Battle Legacy 2020 on PC

Why Use LDPlayer for Stick War:
Stickman Battle Legacy 2020 PC