Heed the call of justice and fight to defend reality! Illusion Connect is a mobile real-time action strategy game that allows you to build your partners, known in-game as Radiants, and socialize with them in a myriad of social modes! This game's art design was created by a team of top artists and features some of the most famous Japanese vocal talents in the industry. With more than 50 Radiants at your disposal, create your unique lineup to dominate the Nightmares!

Connect with me in our dreams! Beyond the veil of reality, there is a beautiful, but dangerous plane of unfathomable complexity known as the "Dream Realm." The Dream Realms also serve as host to the Nightmares, creatures that seek to destroy humanity. Radiants are a group of humans that possess special powers that have been given to them by the "Lenses," and are the only ones capable of resisting the Nightmares. They have been fighting and protecting the world for as long as they can remember. When realms of dream and reality collide, when justice clashes against evil, will you choose to succumb and be devoured by the Nightmares, or stand and fight for our world?

[Features]
1. Exciting Real-time Battles
Experience fast-paced, real-time battles and command your Radiants using nothing but your fingertips. Become their leader and direct them in battle!

2. Tactical Combats
Devise various strategies by coordinating your chosen Radiants with the main character. Build awesome and powerful teams of Radiants to save the day!

3. A Radiant Cast of Heroes
Learn the backgrounds, personalities, experiences, and hobbies of each and every one of your Radiants! Recruit over 50 Radiants that have been fully designed in live 2-D, each customizable in variety of styles!

4. Grow with your Radiants
Spend time with the Radiants both in and out of combat to find out more about them. Your growing bond will manifest as an ever-strengthening bond of power against the Nightmares!

5. Design your Dream Home
Build a unique home and customize to your liking! Arrange your furniture and post your wallpapers! Make your home as comfortable as possible for your Radiants and enjoy life outside of combat! 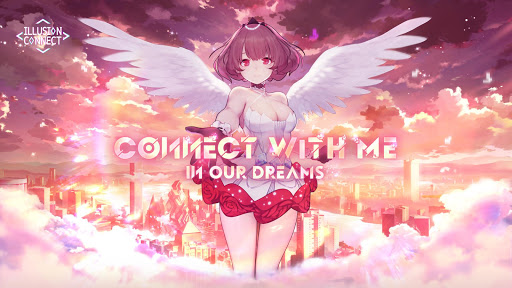 How to Download and Play ILLUSION CONNECT on PC

Why Use LDPlayer for ILLUSION CONNECT on PC