If you have ever searched for the best real-time strategy game, Illusion Connect is the best pick that we can suggest for you, with many social activities to engage with. Although this game is celebrated two years after its official release, the demand that it had back those years still comes in handy this year as well. And we must say that they managed to have this place because of the variety of skills and performances shown by the Illusion Connect tier list of characters throughout the game. 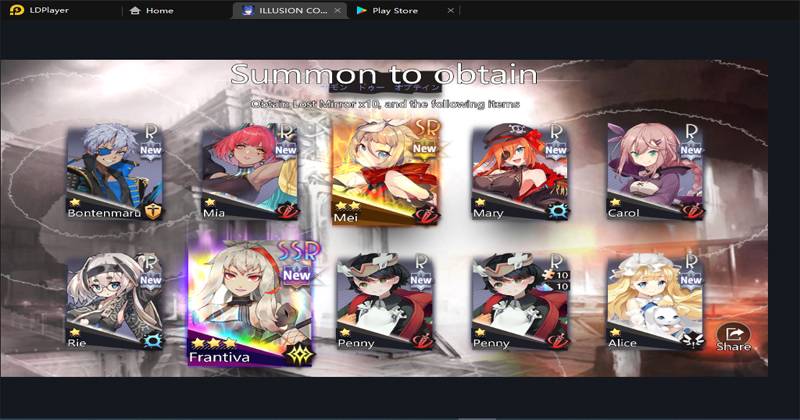 Let's talk a little more about Illusion Connect gameplay. It is asking its players to give their radiants a strategic position in the game and then defend their base by avoiding enemies entering from it. To do this, we have to deal with numerous combos from the game, and it will result in more damage and lock our enemies from reaching us. And to do these, we all need the strongest hero chosen from the Illusion Connect tier list.

This Illusion Connect tier list has been specially made by focusing on how each character will be valid for your game, and we are stating every hero in this list based on their position as well. Whatever character you are choosing in this game is the leading factor to take you to victory. So we help every beginner with this Illusion Connect tier list of heroes to select a perfect hero for their gameplay. At the end of this guide, you will know who you should place your trust in to go your game forward.

In this Illusion Connect tier list, we are going to divide our heroes into six categories, and each category will define how powerful they are for gameplay as follows.

Note that the stats or the hero role we mentioned here determines how powerful these heroes can defend themselves and fight against enemies. It shows how much capacity they can show to the entire gameplay as well. Usually, we see that the roles like attackers and summoners are doing great in this Illusion Connect tier list, and we have to be careful enough to choose a role that fits into our current situation in the game.

How to Reroll the Best Character in Illusion Connect through LDPlayer?

When the game starts, if you want to reroll, that process always begins with a guest account. After doing each reroll, you can delete this guest account whenever you need it.

You can now use the Multiplayer tool from the best android emulator: LDPlayer, to make your rerolls into the most effective ones throughout the game, as it can create clones from the same game. Each of these copy instances can be used for the rerolling at once, and you will be able to have the most effective rerolling to earn the best hero in the shortest time with this feature.

The easiest rerolling from your best android emulator: LDPlayer, can be listed as follows.

So that is all we have to show you under the hero list from the Illusion Connect tier list, and it is now solely your chance to choose the best performer from these all characters. We will always suggest you process your gameplay with S tier heroes as they are very useful for a player to progress with the game, and they will surely take you on the right path with the right strategies. So this is your Path to progression with the Illusion Connect tier list.