Hello to all RPG lovers. If you are truly a fan of gacha games, there is no way that you have missed the opportunity of playing Arknights because it is the best-ever RPG game that you should take over as your first game of choice. With the most iconic characters with unique skill sets, the game is shining day by day to the best, and if you are looking for some best new operators to be used in your upcoming months, here we are with the latest Arknights operators. 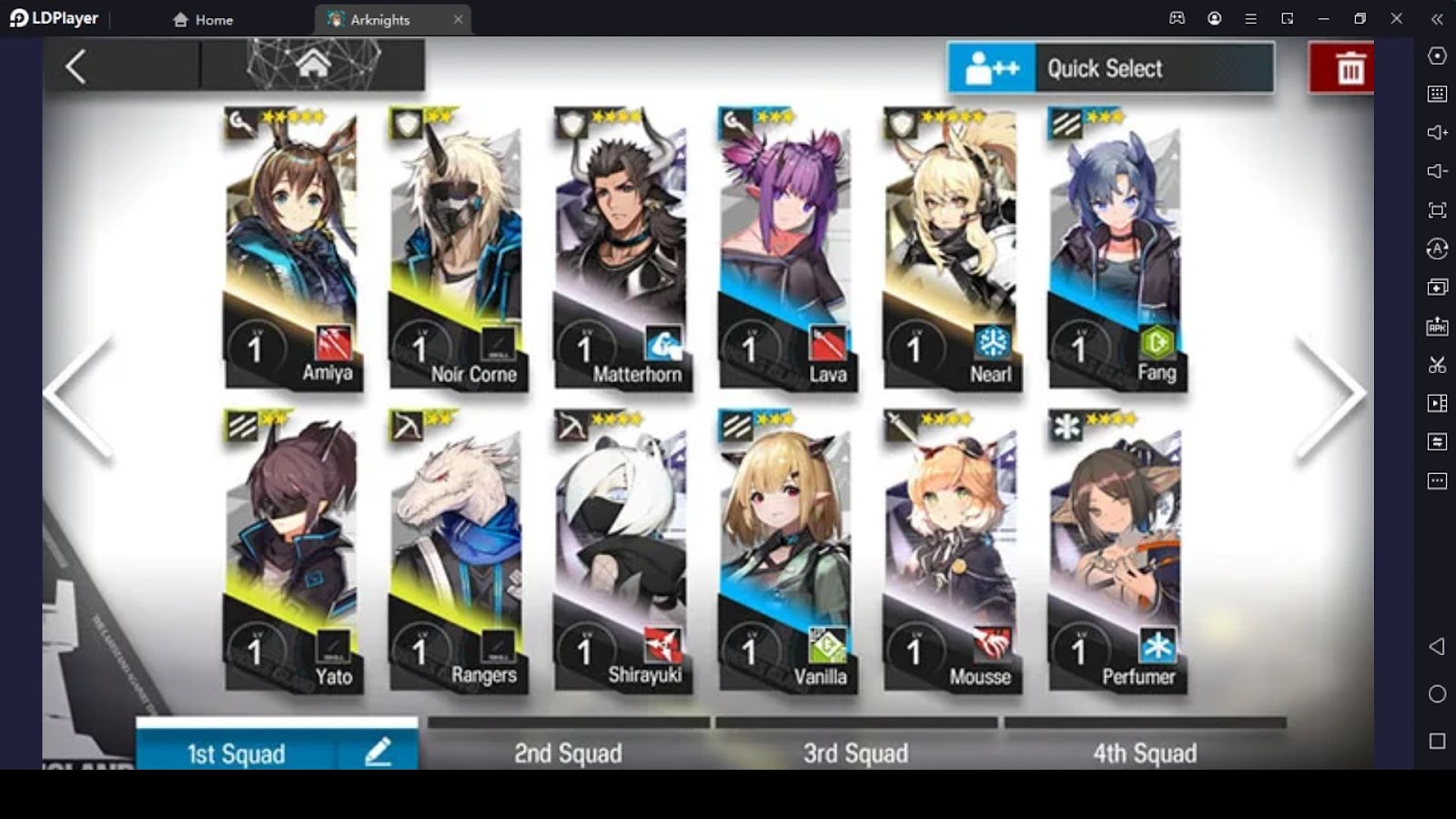 When talking about the Arknights operators, they are not the same as one another, and all of them have their own type of contribution to the game with some unique performances. So you might be a veteran or just an Arknights beginner who has just entered this world and now is looking for the best operator to continue the game.

So, we have made this latest top Arknights operators list which you can use for the upcoming months so that you won't have to worry about choosing a better unit for the greatest performance. Let's have Arknights on PC as it is the best option available to you to advance the game, and let's get to know about our Arknights best new operators for the next six months.

Since there are a lot of banners for Arknights tier list, including the standard banners that will be granted for the players for the next six months, you might not know where you will start for the new Arknights operators. We recommend you start with a top-line selection, and you better go with the new six-star operators as they are the superior ones to give you better performance for you. So let's start to get to know each unit. 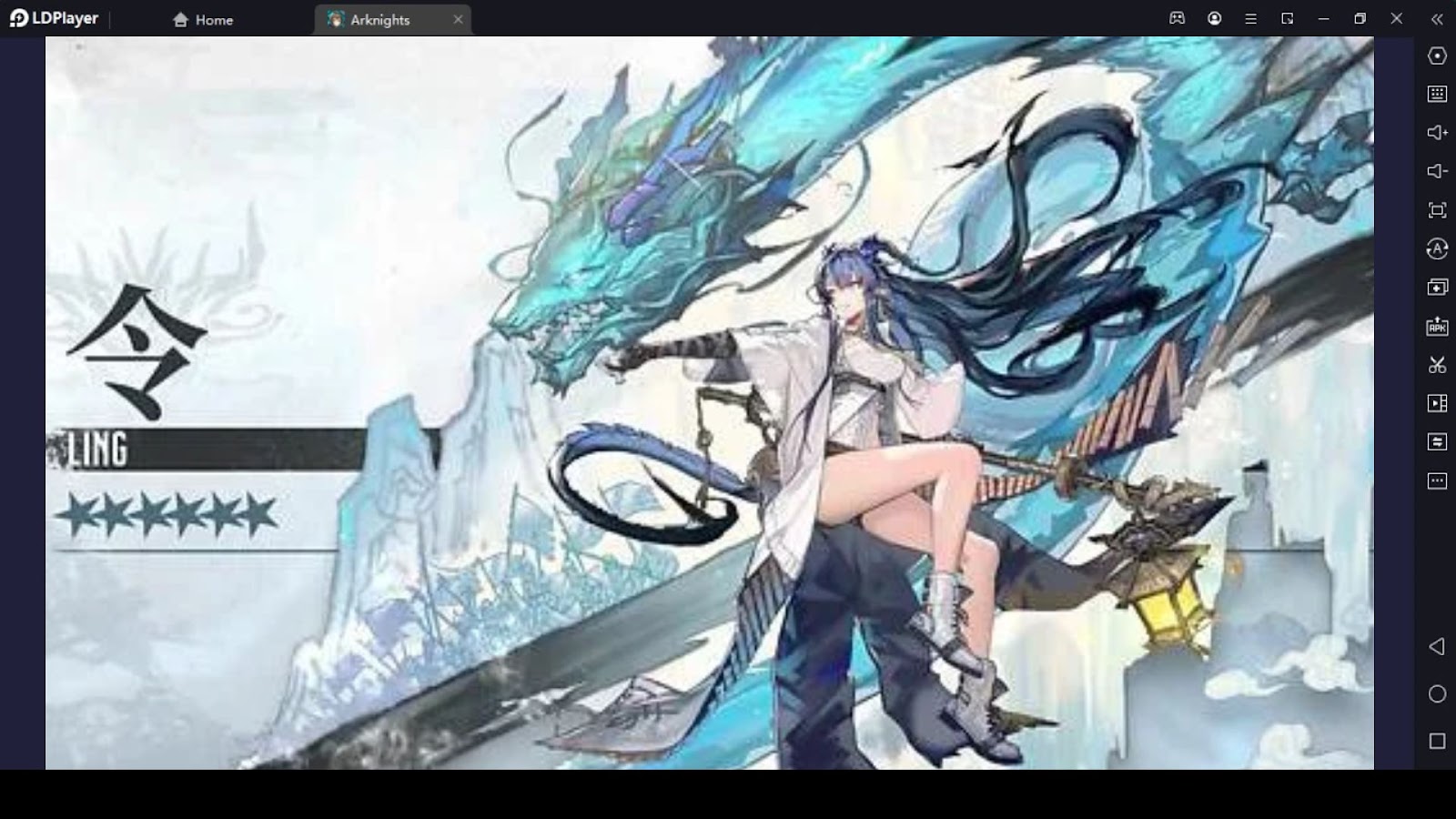 Ling is the first one who comes from our new Arknights operators' list, and she is highly recommended for any of the players. Her skill sets are matched with any type of situation in the game, and the skill held by Ling is very fast, which makes her redeploy the melee dragons' army. While skill two can make the ranged casters with dragons, Ling will be super powerful with her skill three because it gives her a chance to summon dragons which will be turned up into mega dragons, and then to the AOE guard defenders.

When skill three is activated, Ling will destroy every nearby enemy without any hustle. Ling is a summoner to the game with CC skills in general. 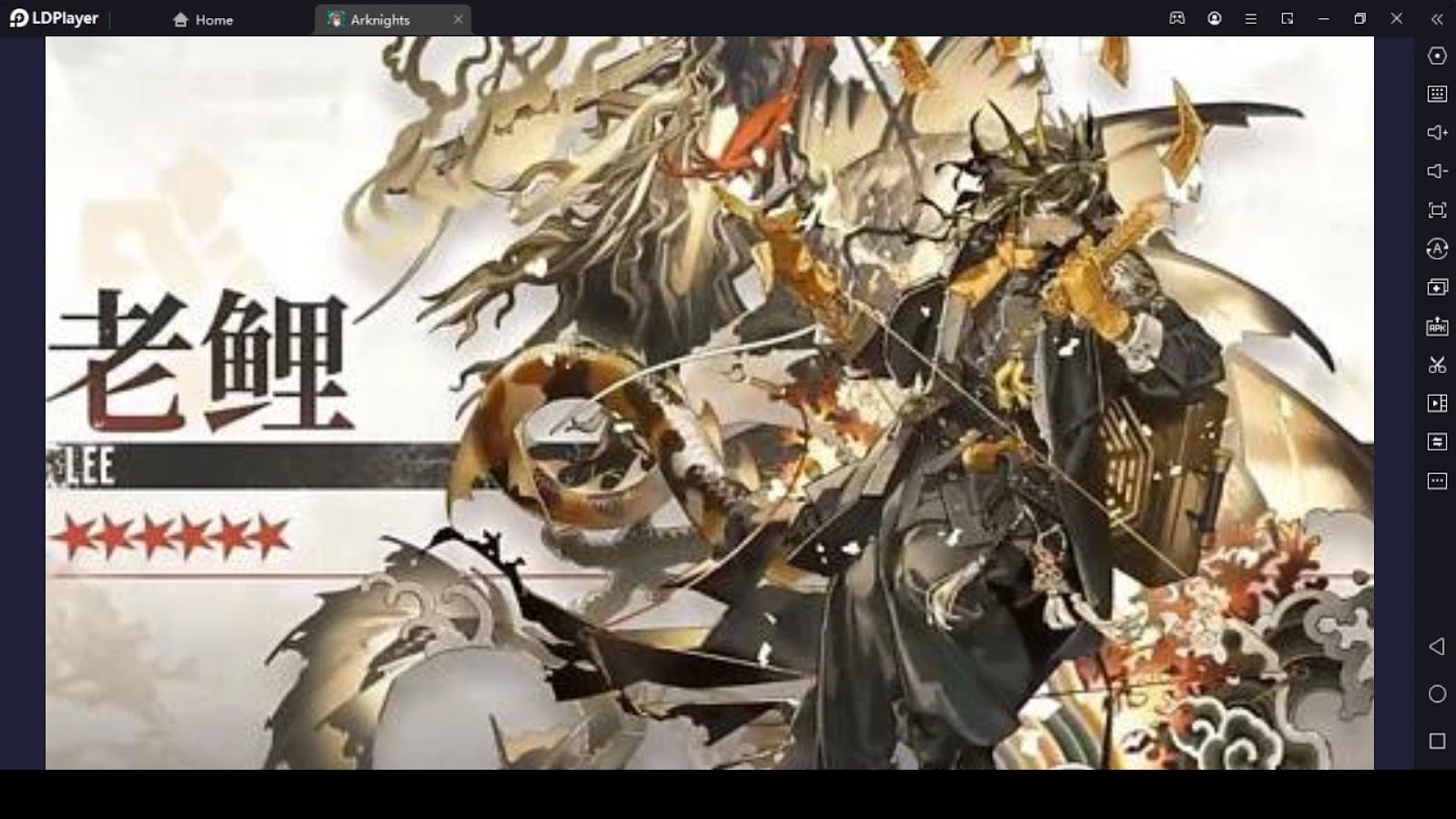 The second place for the best new Arknights operators goes to Lee, who is identified as a DP Drain specialist in the game, and this operator would be a perfect selection to deploy for 1v1 matches. Lee is immune to freezing as well as to the stun when there is some DP spare, and his skill two will greatly rely on the firepower.

When you deploy Lee with his second skill, he will single-target the enemies and offer you bonus damage based on the damage taken by the enemy. There is a high-cost DP drain archetype associated with this operator. 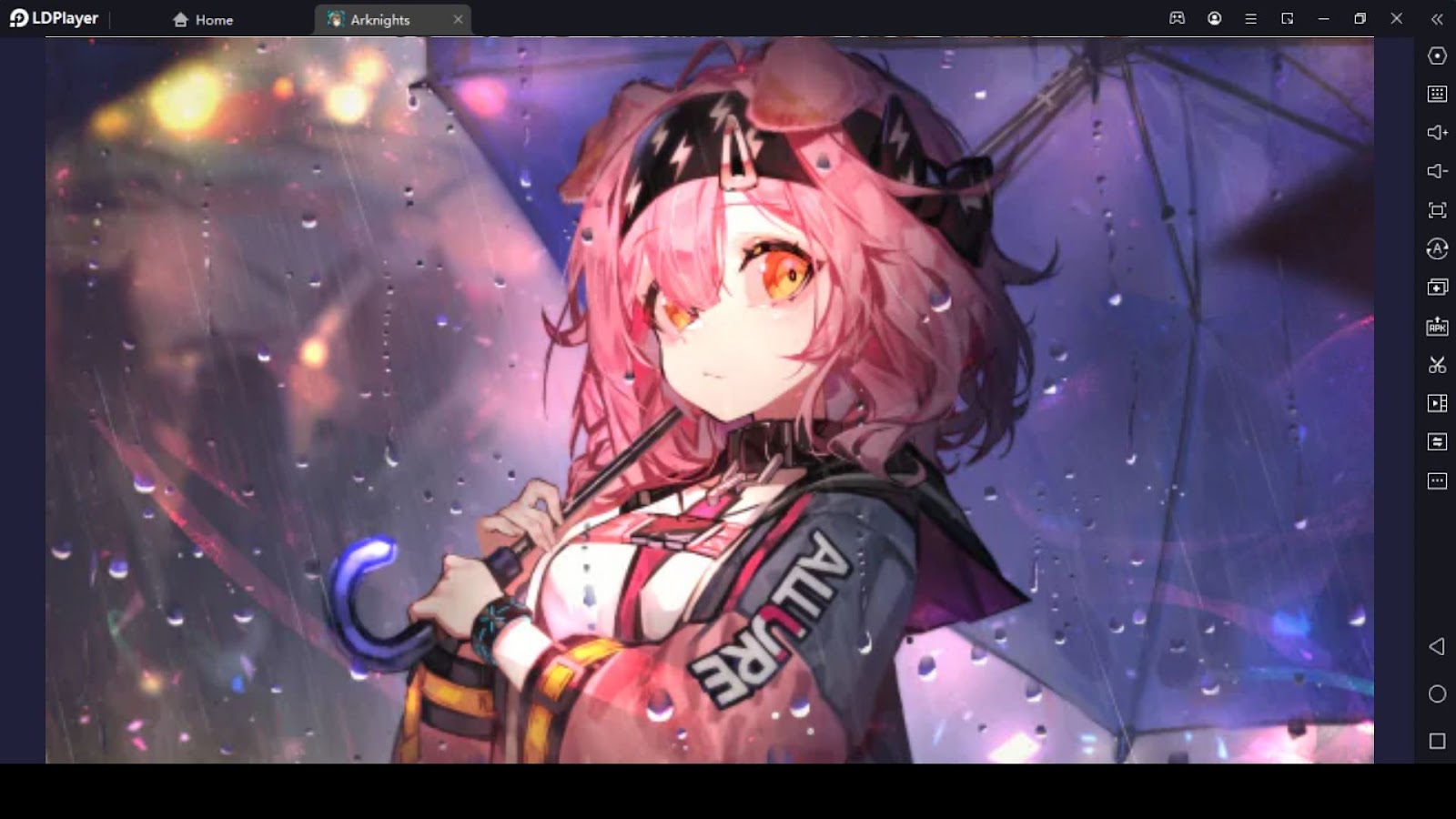 Goldenglow is a Drone caster, and she is identified as one of the best new Arknights operators with the greatest damage for extra ranges. Her skill two will speed up with a huge exploration, while skill two focuses on a more permanent range. And there is this skill three of Goldenglow, which will be applied for an unlimited range. But still, it will be slower than others.

This is actually the greatest operator introduced to the Arknights world, and she is compatible and very useful at any team she is deployed with.

And here is our next operator for the best Arknights operators list, and she is an artillery sniper you can use as a best starting operator. Keeping this operator can immensely help you as she can dog huge attacks, and her skill two would be much similar to the Ifrit. And this is the unit that you should look into. Have more damage as well as to have a huge area of damage to beat off the enemies. 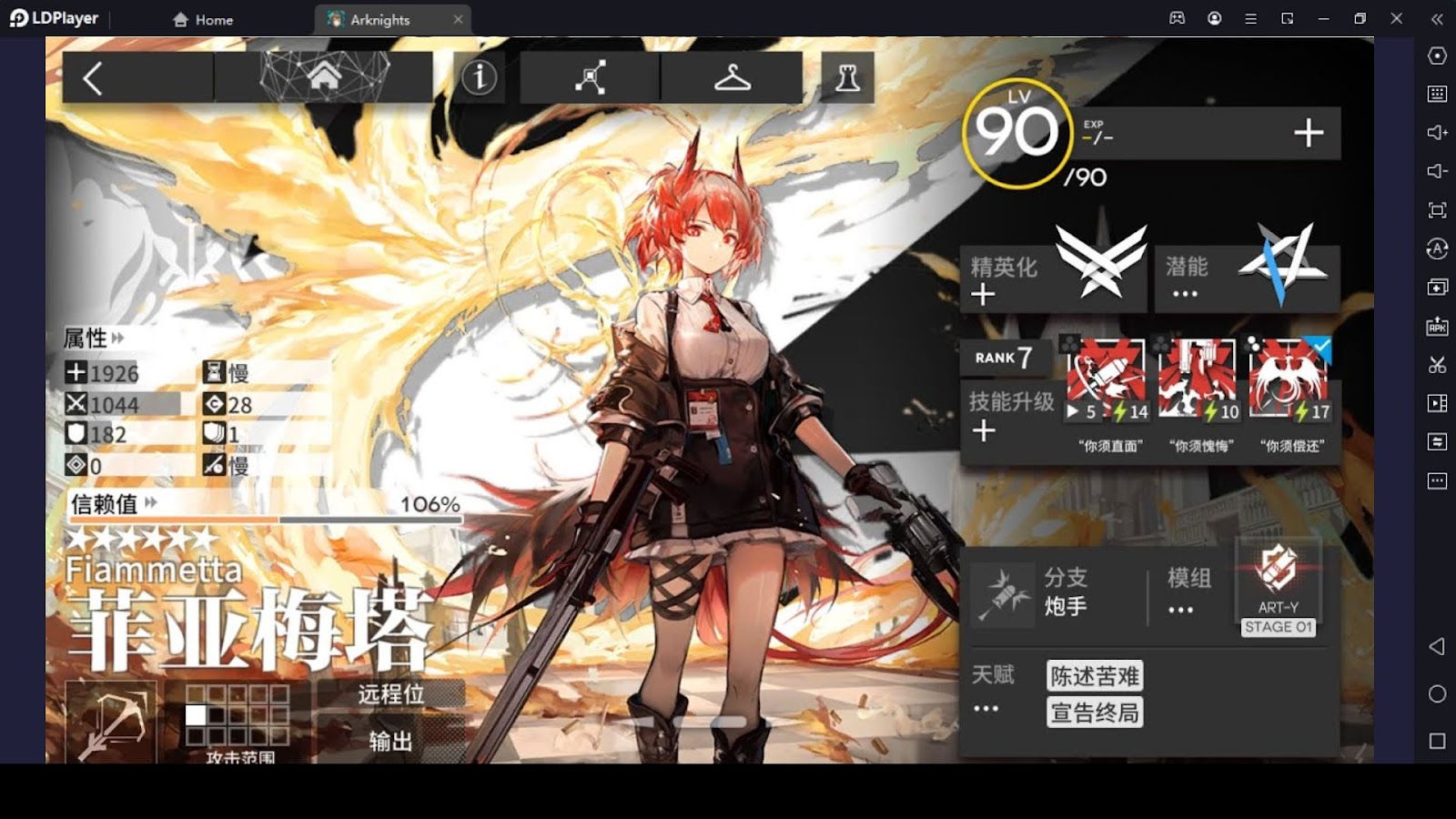 A permanent long-range artillery strike comes with Fiammetta on her third skill three, and it prevents enemies from reaching you. Fiammetta might be a little inflexible, yet she is the greatest unit you can use.

Horn is also identified as an artillery defender, and she is a hybrid tank. You can deal with great damage by using this hero. There is a 20% attack that will be added to the defenders when you deploy her with your team. Using Horn is more like cheating death. She is a superhero that does serious damage against the enemies before they are entered into a melee. This will be sharpened, especially through Horn's skill 3. 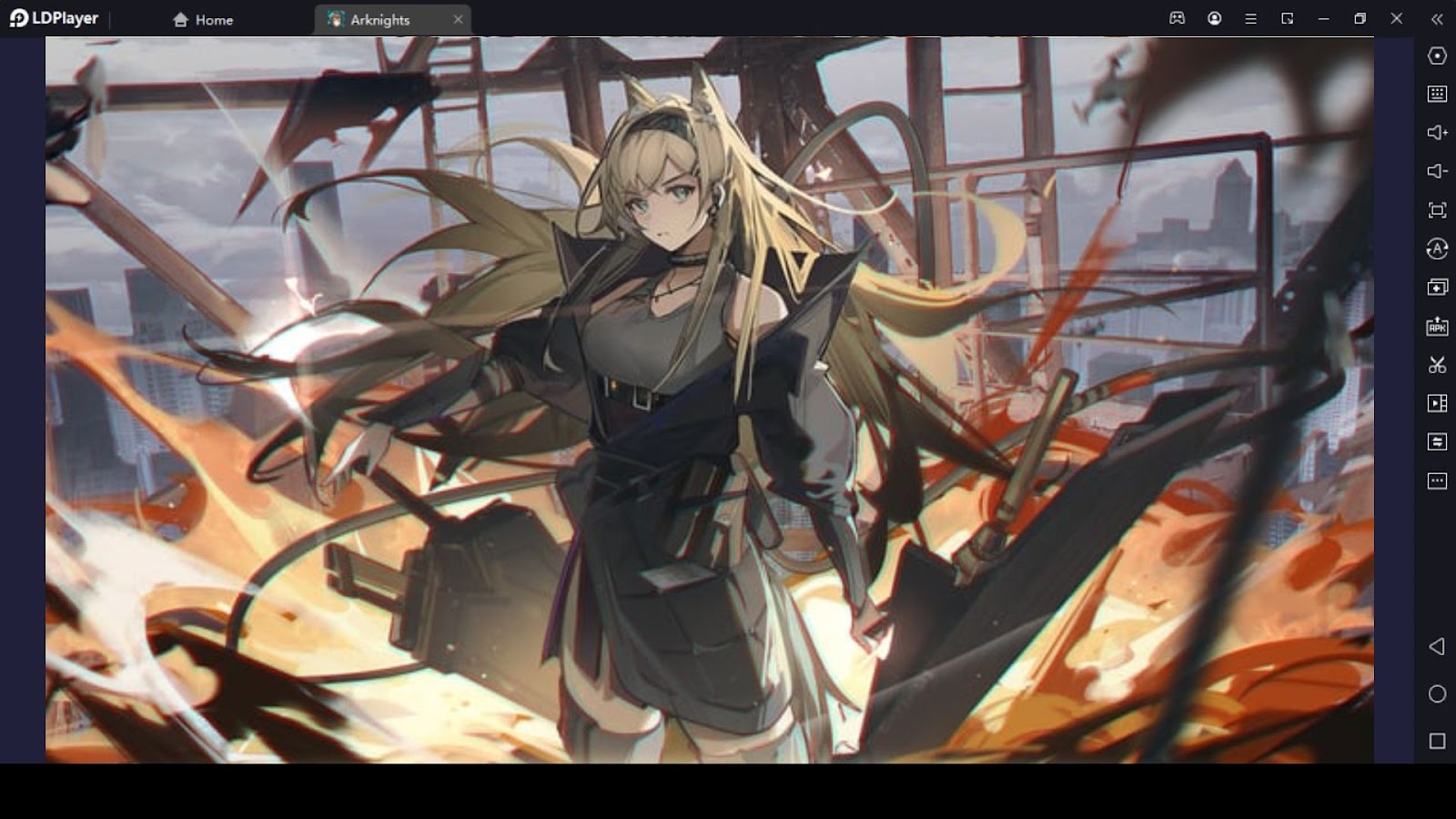 Horn is an ideal hero to be deployed for most of the game parts and can be called one of the best upcoming heroes on the Arknights operators' list.

This hero will be a substitute specialist to the game, and she is an immortal unit. Specter comes up with heavy damage with her skill three, and it also makes you survive more in battles. And immortality will be coming through skill two. She will also be great as one of the new Arknights operators. 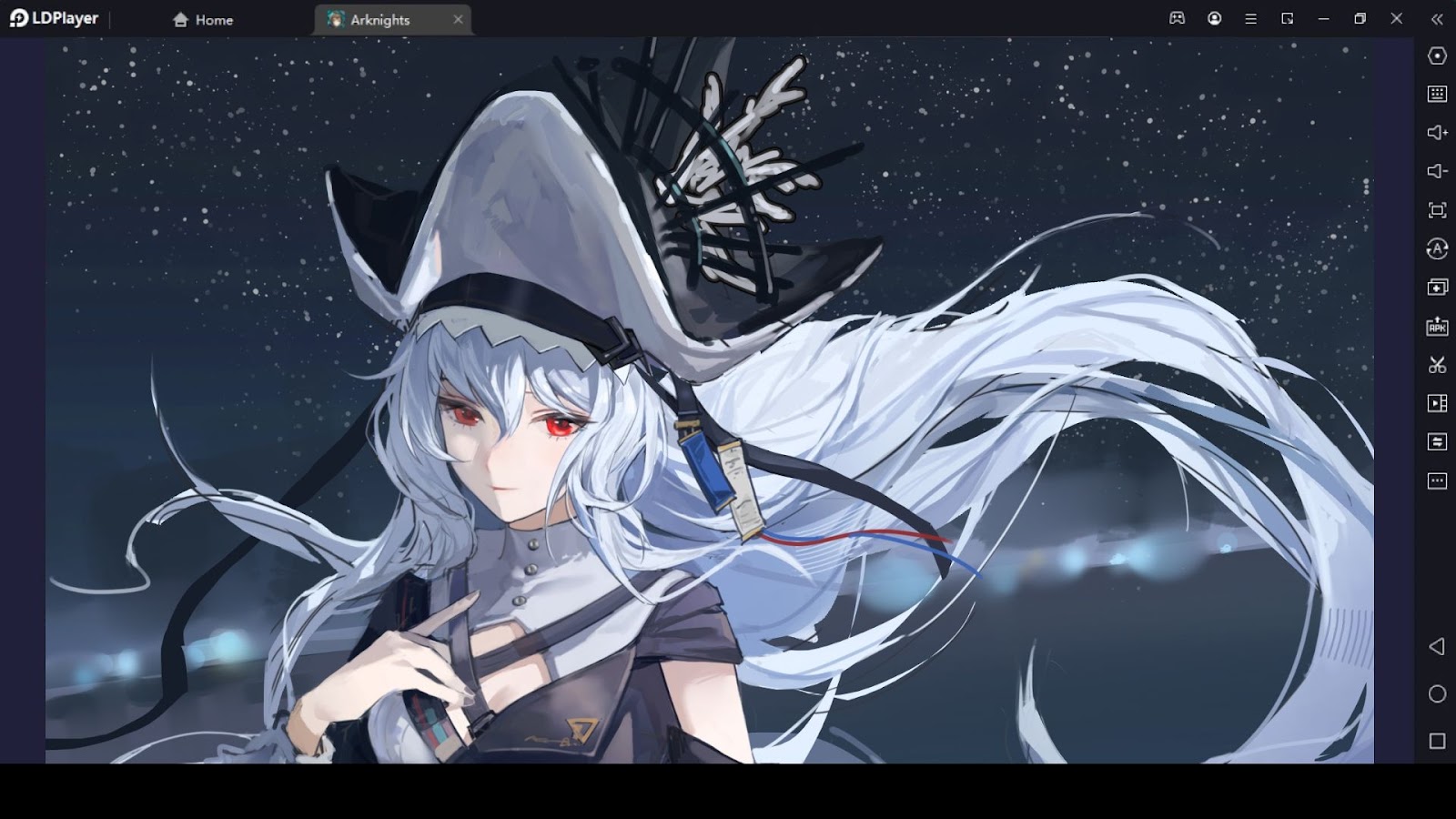 Irene is a CC dual strike guard to the Arknights operators’ list, and she is going to affect the CC immune enemies. This is a built-in unit with the Armor piercing, and her skill three would be better for doing heavy damage within a wide CC range. 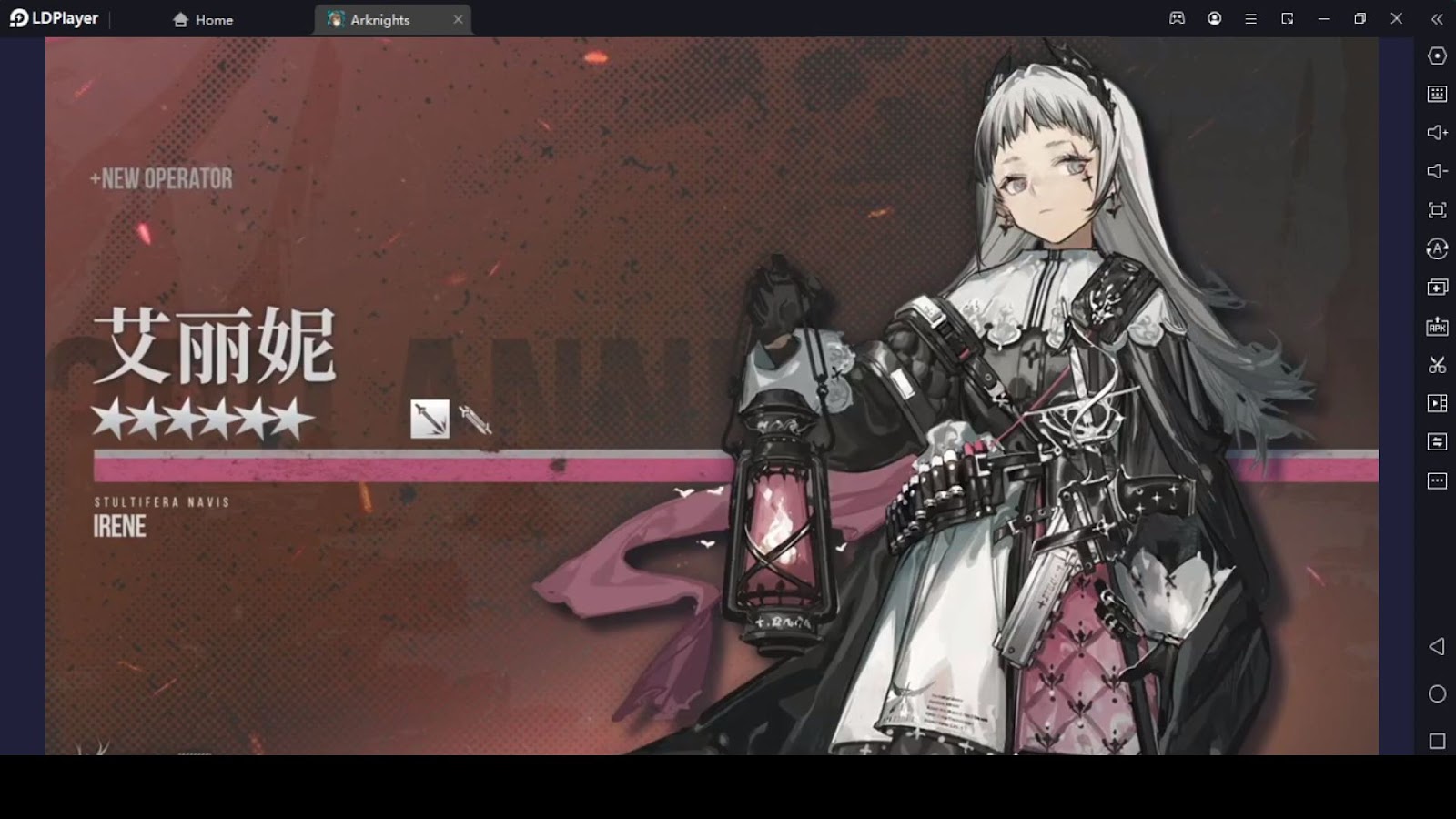 Irene will be coming through most of the immunities from crowd controlling, and her third skill is always going to be recommended here because it makes enemies to the worst from the worst.

Ebenholz is a charge caster; among the other archetype heroes, he would be better. When an enemy is within his range, he will prevent the charge time and only target the elite enemies with his third skill. At first, Ebenholz will unleash an amazing burst to last until death. This is not so recommended, but it still would be okay if you are just a beginner. Otherwise, Ebenholz doesn't fit the criteria of strength. 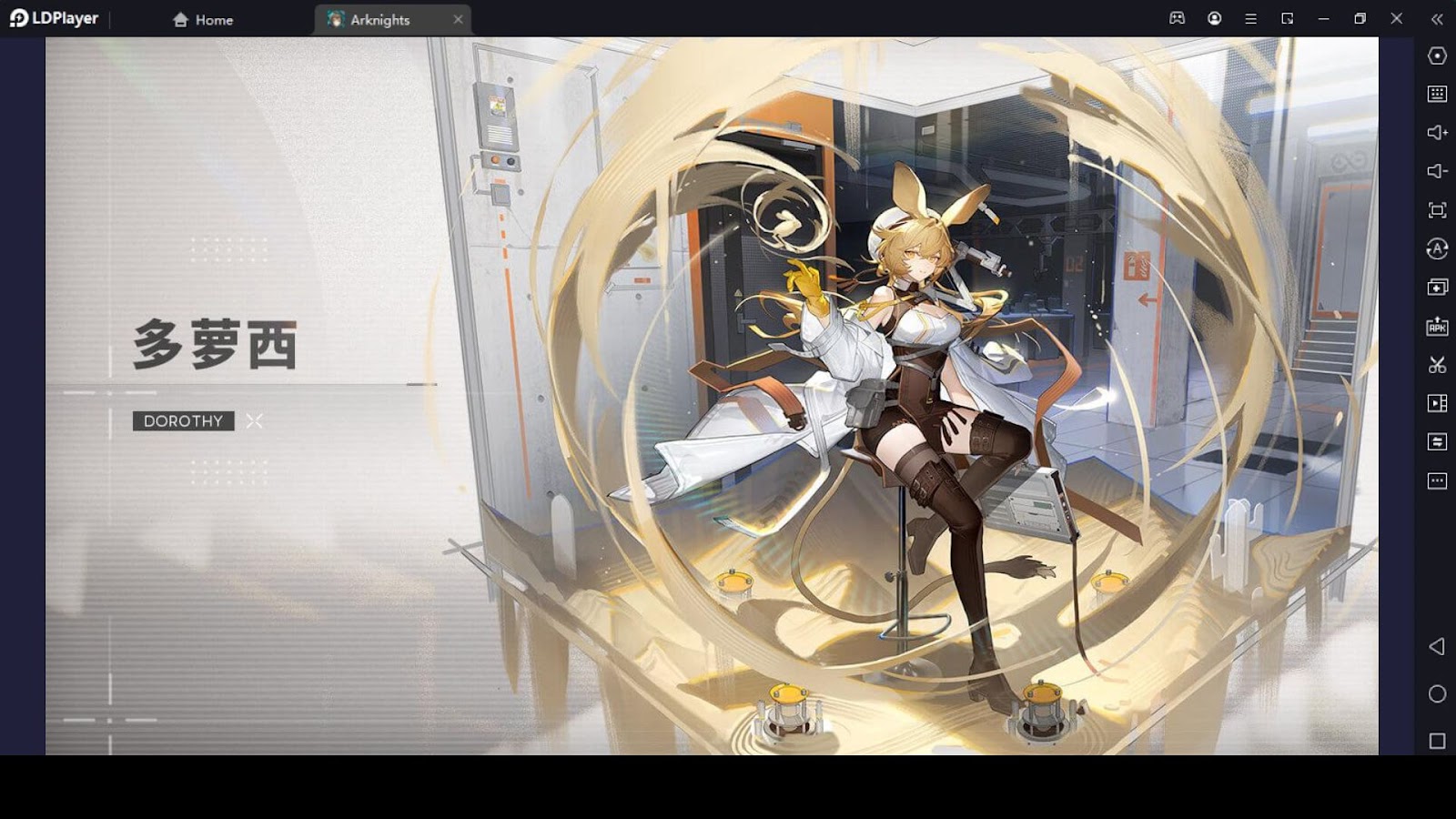 Dorothy is a CC trapper to the game with the best team play as well as real damage. She is a more versatile unit for this upcoming operators’ list, and you can choose to shred the defense of the enemies for so long or play the bombardment in the game with so many traps by using Dorothy.

This hero would be a solid pick for most of the players from the game, and she is proposing to place traps in the game. Dorothy has skills to remove the enemy's defense with her skill one, and her skill two will also come up with a strong bind. There is a slow Bomberman; damage comes with her skill three, and she is a free trapper.

Gavial would be one of the excellent units to be featured at these upcoming best Arknights operators, and she is going to be an AOE guard. There is a life steal with her skill one, and skill two will make her hold into three separate lanes, and all will be done at once. Five blocks will be given against enemies with skill three, and near immortality comes with it. 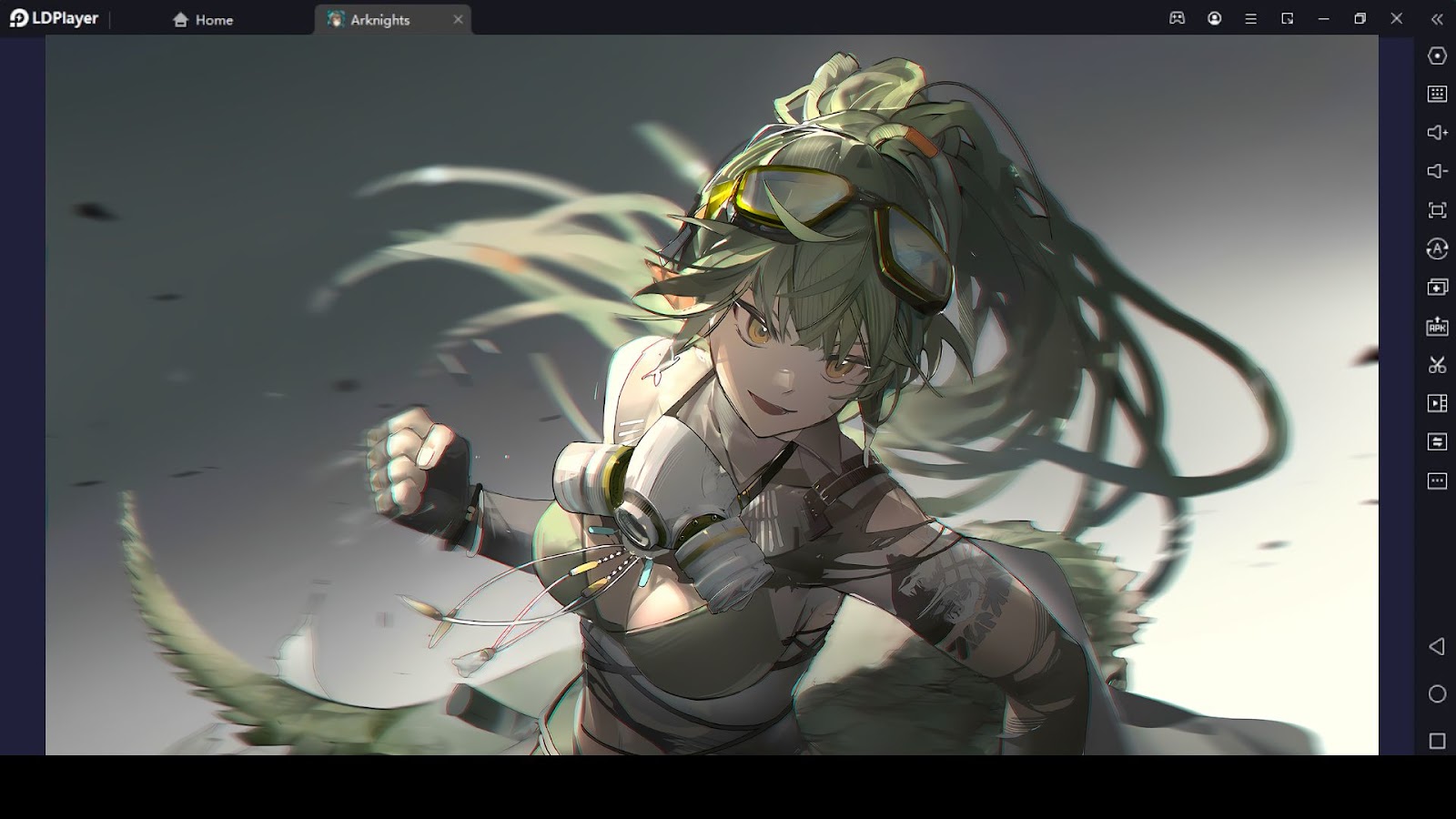 When you play Gavial passively, she will do more damage and receive healing as well as with the defense. She would be one of the top picks to be added to any roster.

This is a close-range sniper coming to the Arknights, and she has a global range with her turret with an armor shred. You can have quick sniping with her skill two, and it also has a short range of recharge. There will be high damage done to the forward enemies by Pozyomka when it comes to her skill 3.

Pozyyomka would be great for you against high-armor enemies, and she will be overall good at everything else too.

While some of these units are already available in the game, some of them are yet to be released. And if you have to summon them for recruiting to your team, we suggest the best android emulator: LDPlayer 9, as it will ease up the rerolling by creating several copies of the game through the Multi-Instance Sync feature. For more details, refer to Arknights reroll guide.

And this will be the end of our upcoming Arknights operators list with the best-ever recommendations, and you can just start gaming by seeing what type of potential they are holding to the game by this guide. Always make its top choice if you really want to do better at your game, and here are your recommendations for it.