MementoMori is here, and we know how many players are waiting for it until its release. Everything in this game has been designed sharply with the best-ever features, and there is a tale of girls who are leading against their cruel fate. It is just a world filled with hope for life, and if you are a player stuck into these, you better check out some of the best games like MementoMori. 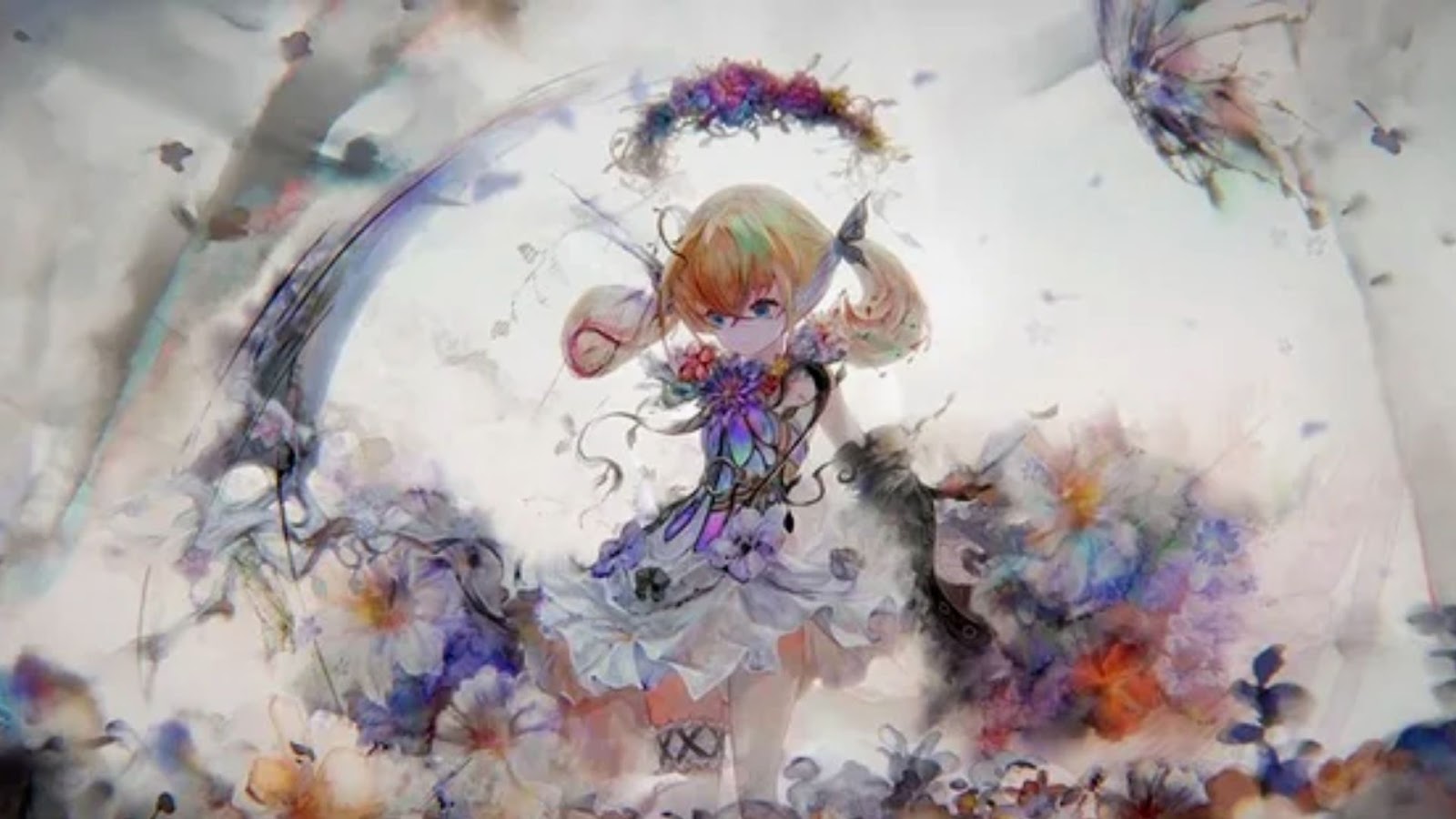 There are a lot of reasons that one will find a game like MementoMori. But the most obvious reason many of them have would be their aesthetics. It is just a true piece of art made in MementoMori, and you might want to have more and more games that give the same vibe as it. So, we have made the best games like MementoMori list so you won’t have to search anywhere else for the games. No more talking about the game, and let’s dig into our precious game list as follows. 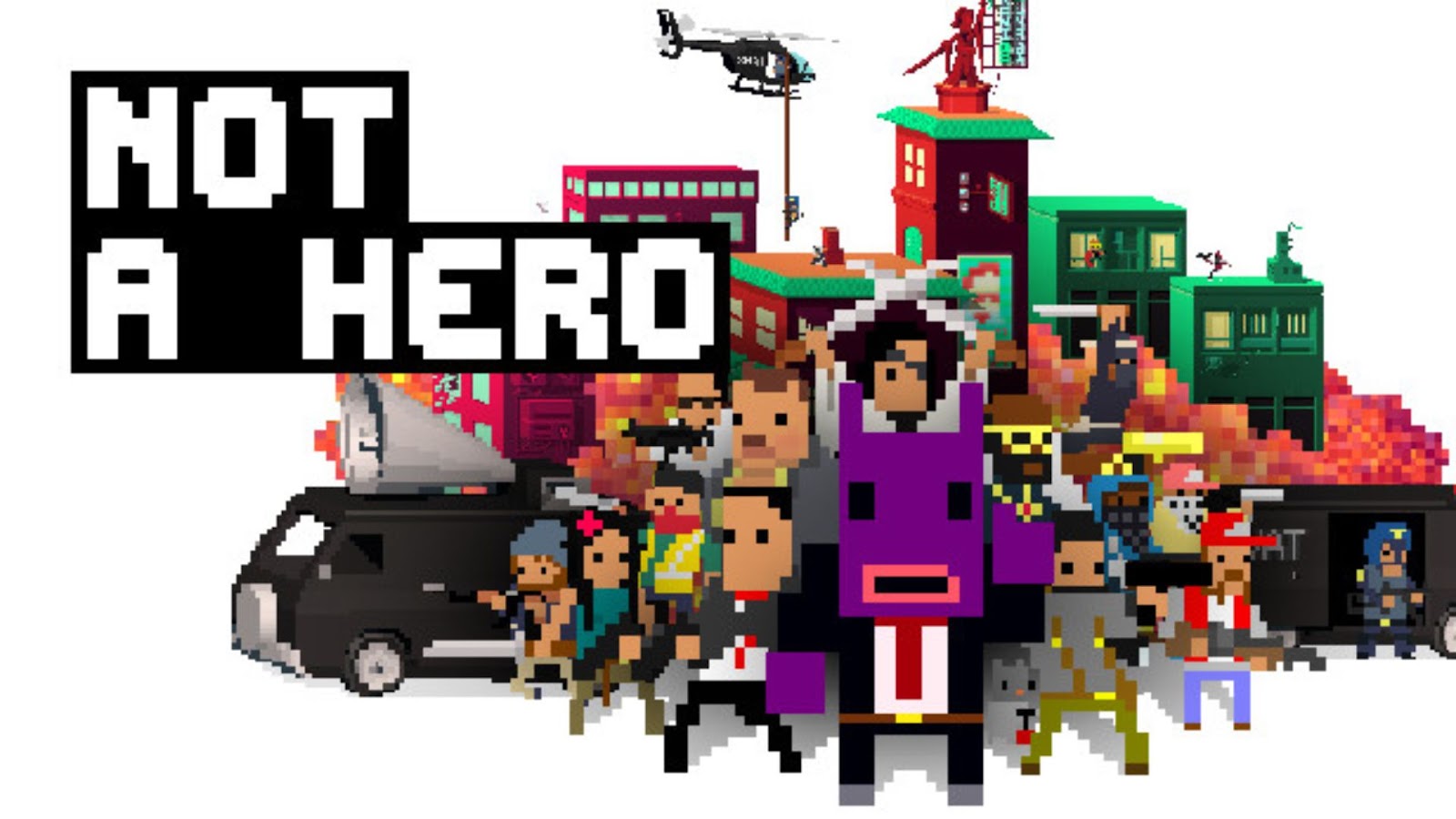 Our first pick for the best games like MementoMori goes for Not a Hero; it is a 2D shooter game with an indie cover. You will meet BunnyLord, the purple rabbit, here, and he is traveling to become a major. And most importantly, he wants to save the world as an alien invasion is happening. So now that you want to be the mayor, you must prove to your people that you are the perfect one to be elected, and for that, you are trying to remove the crime in this city. The method that you use here is the freelance antiheroes.

There is No Game: Wrong Dimension 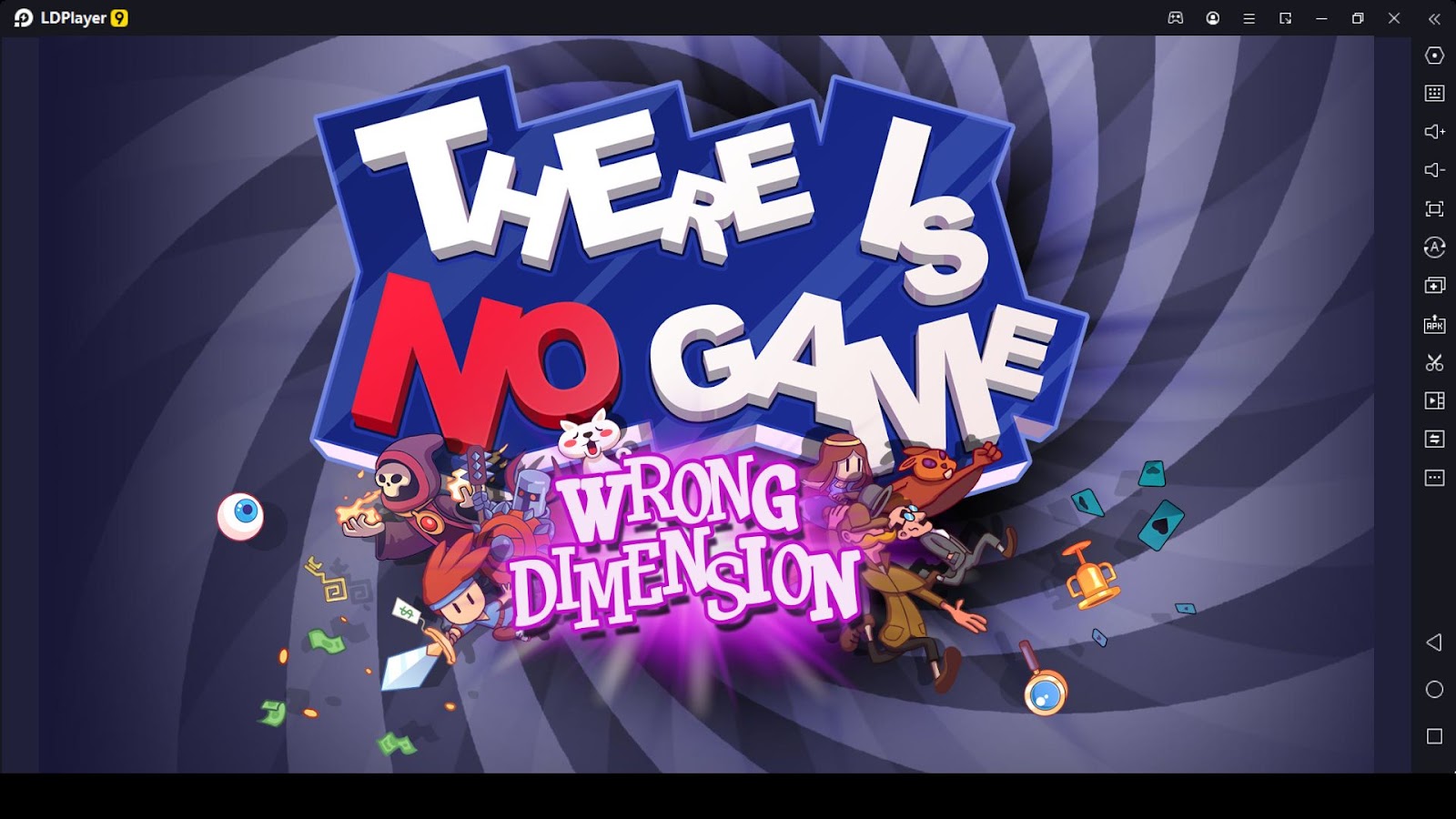 In There is No Game: Wrong Dimension, you can have a hint system to be engaged, and you will be put into a comedy adventure that you had never wanted to be or asked to go with. And the same as MementoMori, you will have to struggle more because of what you don’t like. Take There is No Game: Wrong Dimension on PC with LDPlayer 9 and see how the gameplay flows to the best.

Missing Translation carries an adventure covered with many creatures, similar to the best games like MementoMori. You just have to explore more within this weird city, and more puzzles are there to be solved by the players. When we say more puzzles, remember that we really meant it. 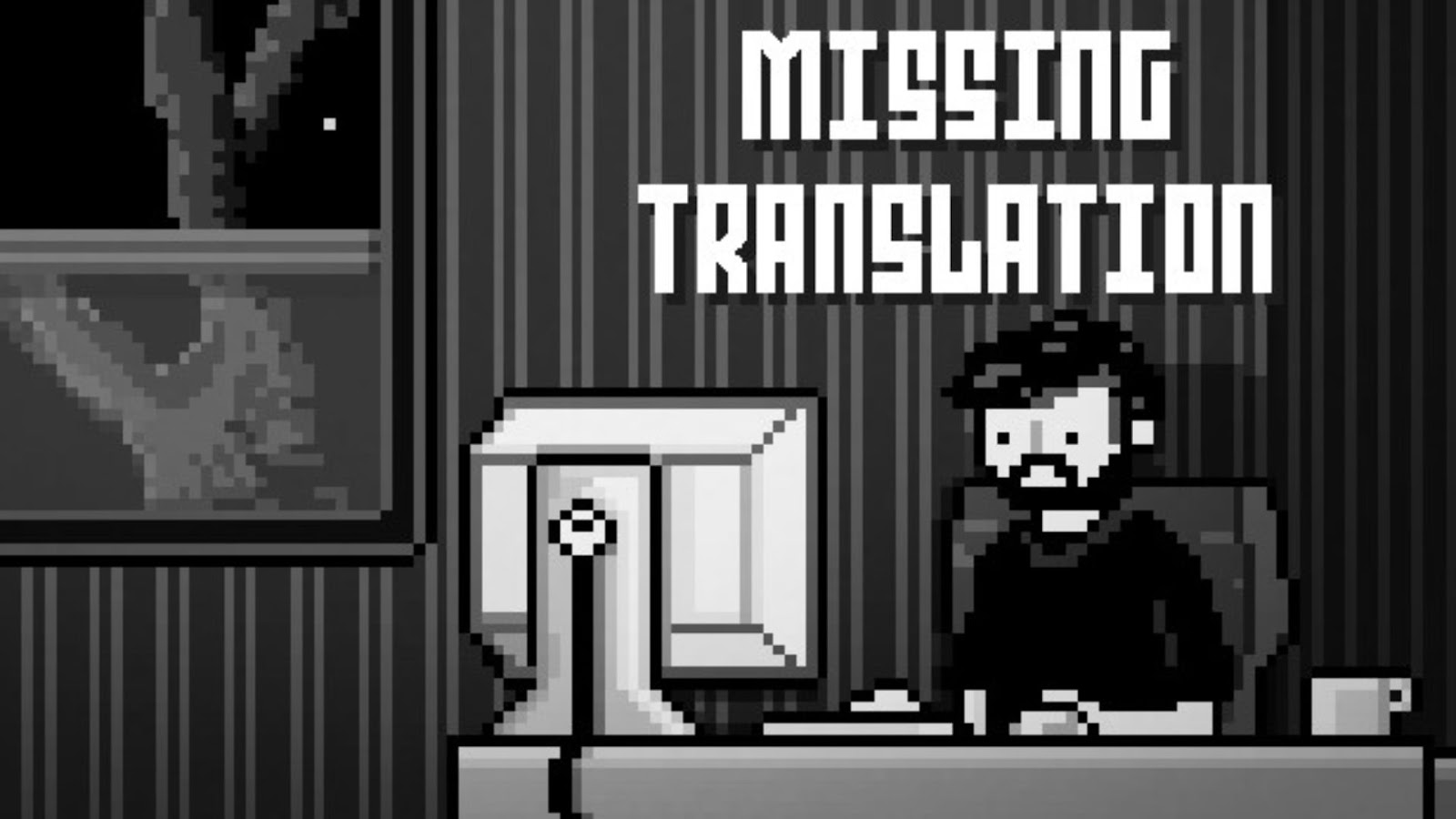 Your time in the Missing Translation will be spent on a point-and-click adventure like the MementoMori, with no hints or tutorials to assist you. Although it doesn’t make you struggle with the gameplay, you just have to do every single task in this game by thinking on your own. For better optimizations done to the game, try your Not a Hero on PC. You have the adventure to be cleared up here with an aim to fulfill a goal just like the MementoMori.

Here is another point-and-click puzzle adventure game to be included on this list, the best games like MementoMori. You will be starting as Dr. David Zander, who is a forensic meteorologist from the game, and he doesn’t know the real reason that surrounded him. It is just now a crisis that you must have to survive where you are already trapped, and escape has to be done soon, but it is not going to be the easiest. 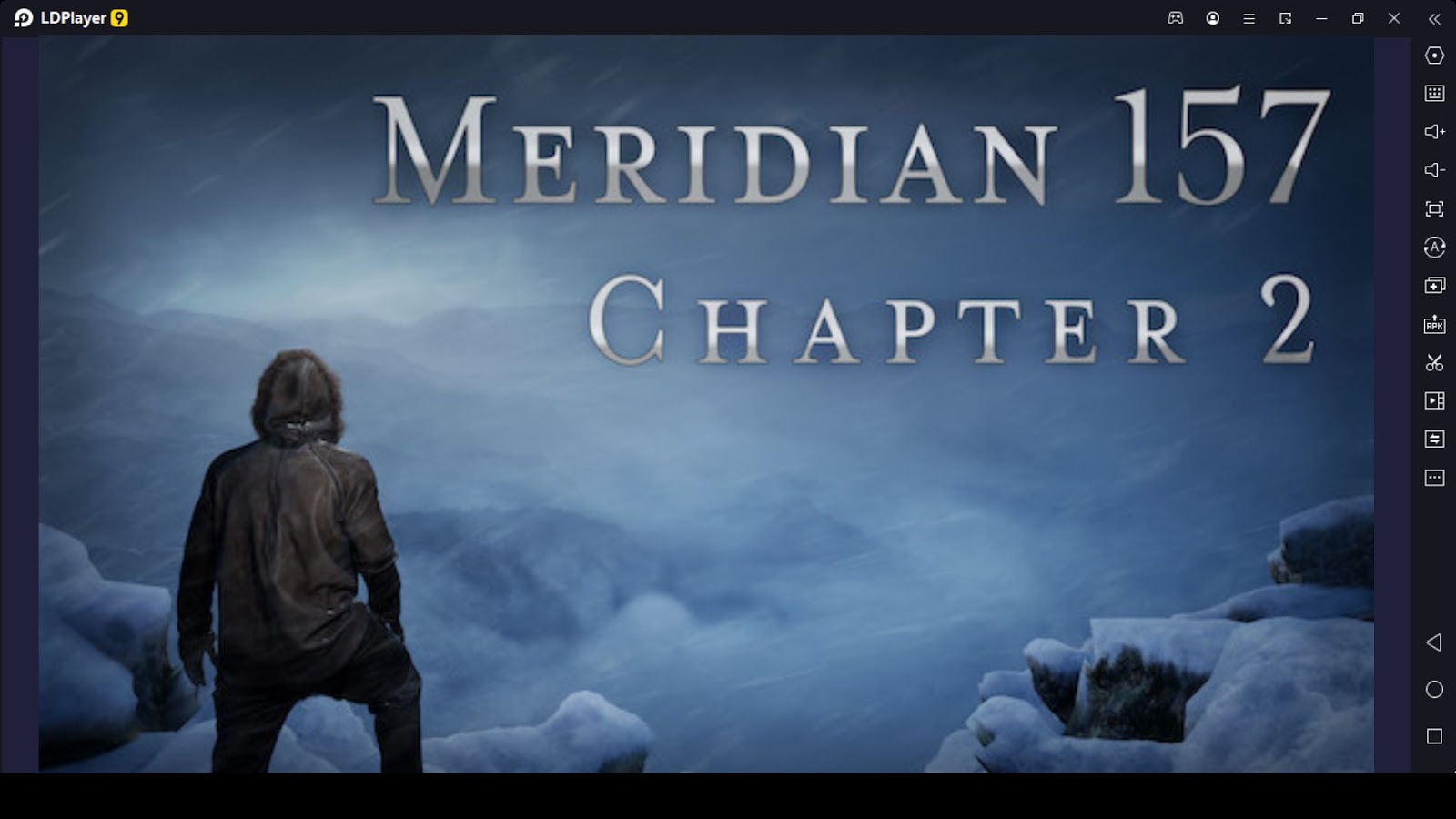 The adventure will continue here until you find a way to escape from the 157th meridian, and continue with the story until you finally can escape. Also, try Meridian 157: Chapter 2 on PC, as it can give you the best-ever features for continuing the gameplay.

Whispers of a Machine 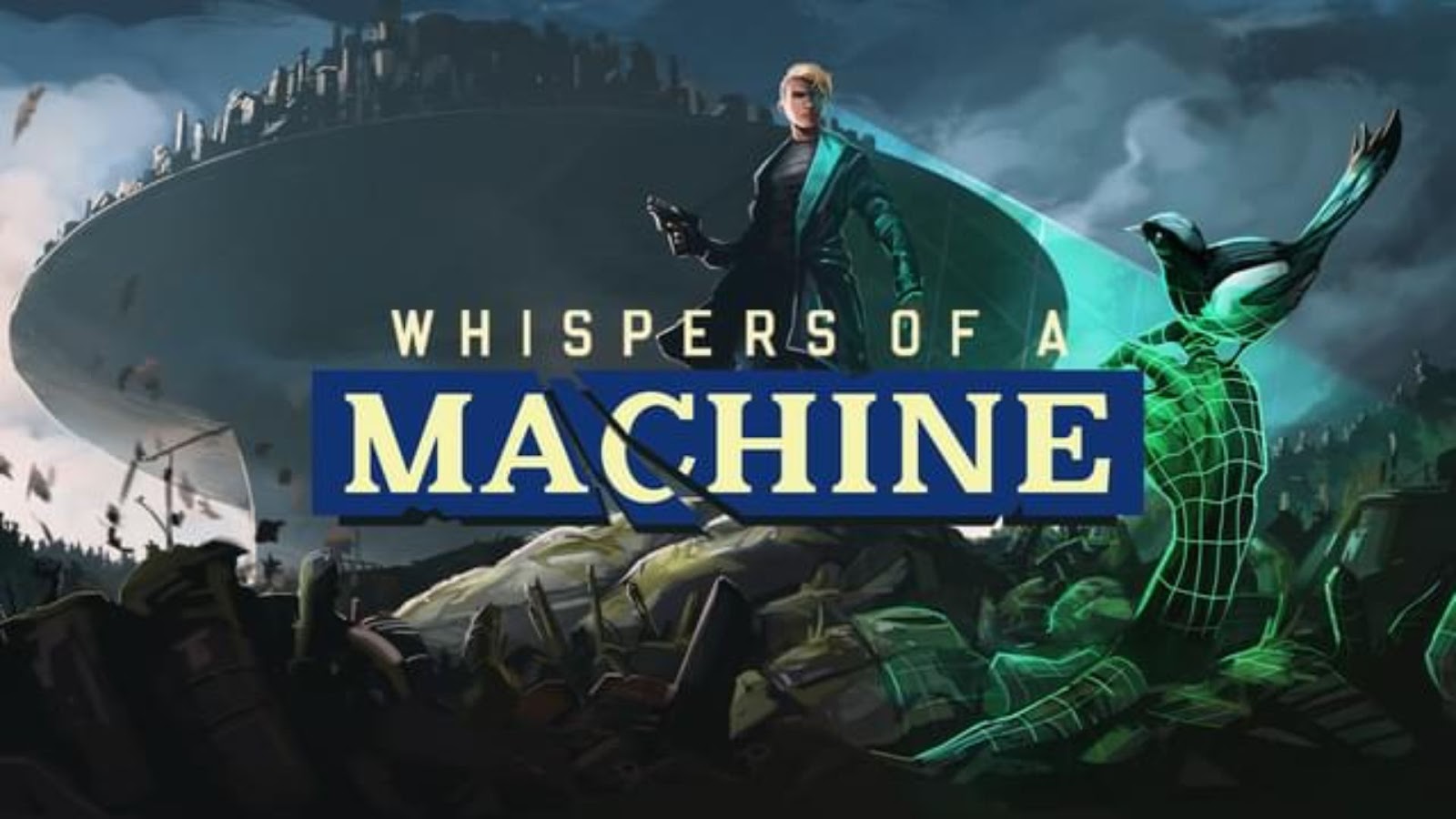 We have a Sci-Fi game that will tell Vera's story by the Nordic Noir to this list of games like MementoMori. It is the Whispers of a machine. You have an investigation that must be followed here, and there are murders too. Vera is going to find out a group that will be creating some AI in there, and there are so many complicated things here that need to be cared for by the players.

You are free to choose a play style you prefer here, and there are a lot of investigations that you have to carry out throughout the game. Through them all, you will find the information to solve all the puzzles in Whispers of a machine. It comes with features similar to MementoMori, like point and clicks and adventures. And for those who are looking for the best outcome with their performances in the game, we invite you to have this Whispers of a Machine on PC with LDPlayer 9.

The World Ends with You

We have a 15-year-old here with the World Ends with You, and he is now awakened into a totally different world without knowing how he gets in there. But he received a text message saying that he had a mission to do within 60 minutes. The boy Neku is now in the game of life and death, and there will be riddles by riddler after one. 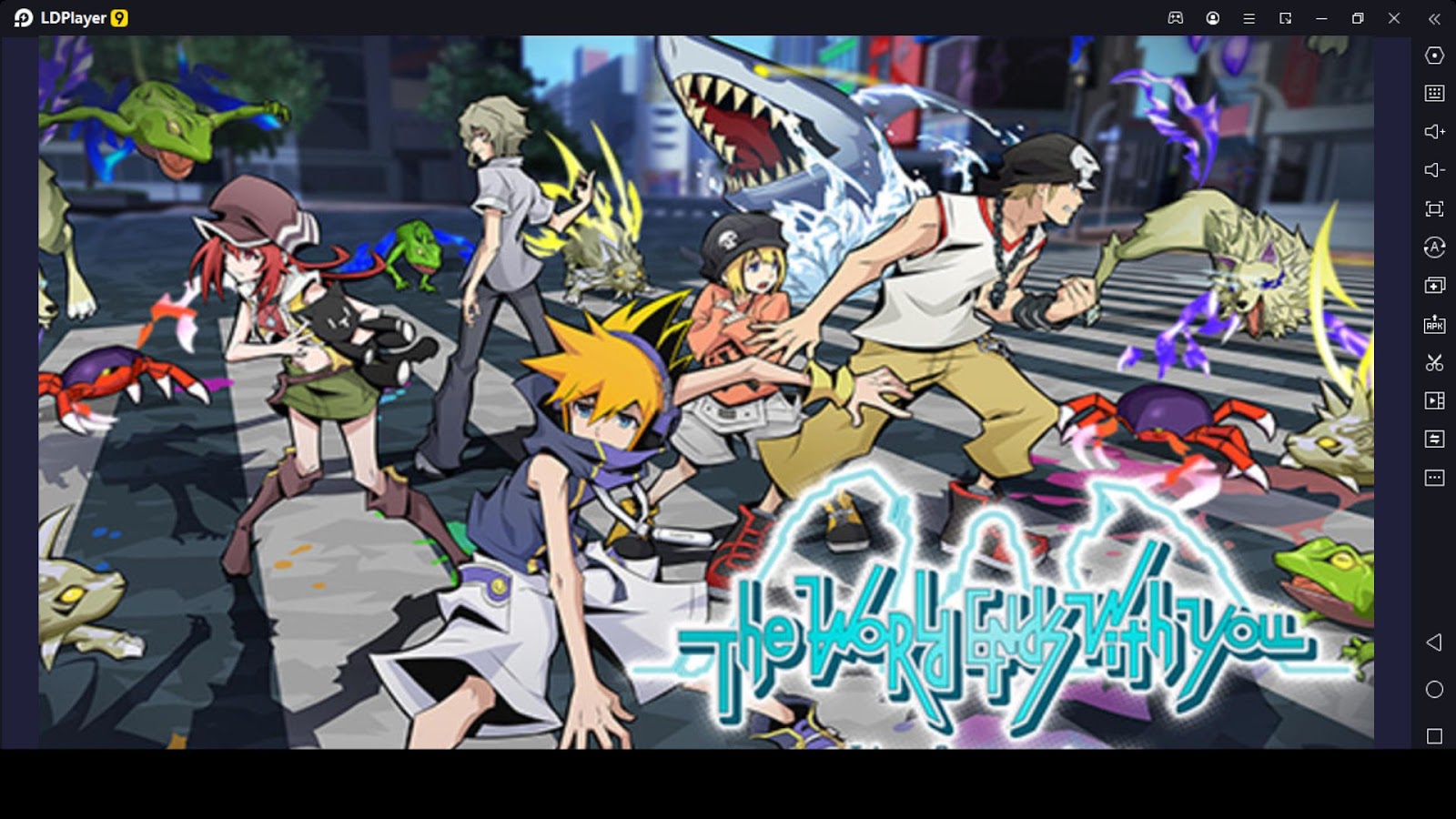 So now, the Neku has to team up with some allies and grow from this game more and more with exploration and adventures, just like the MementoMori. And that is why it makes its place for the best games like MementoMori list. You can have the World Ends with You on PC with the best-ever features included for the gameplay.

And we have another one for the best games like MementoMori list with a point-and-click adventure. There are so many riddles and puzzles that you have to solve here, and it will make you no longer stay in the office. As a player, you might have to keep a sharp mind to clear the paths in this game, and by using everything, you will have to make your path too. 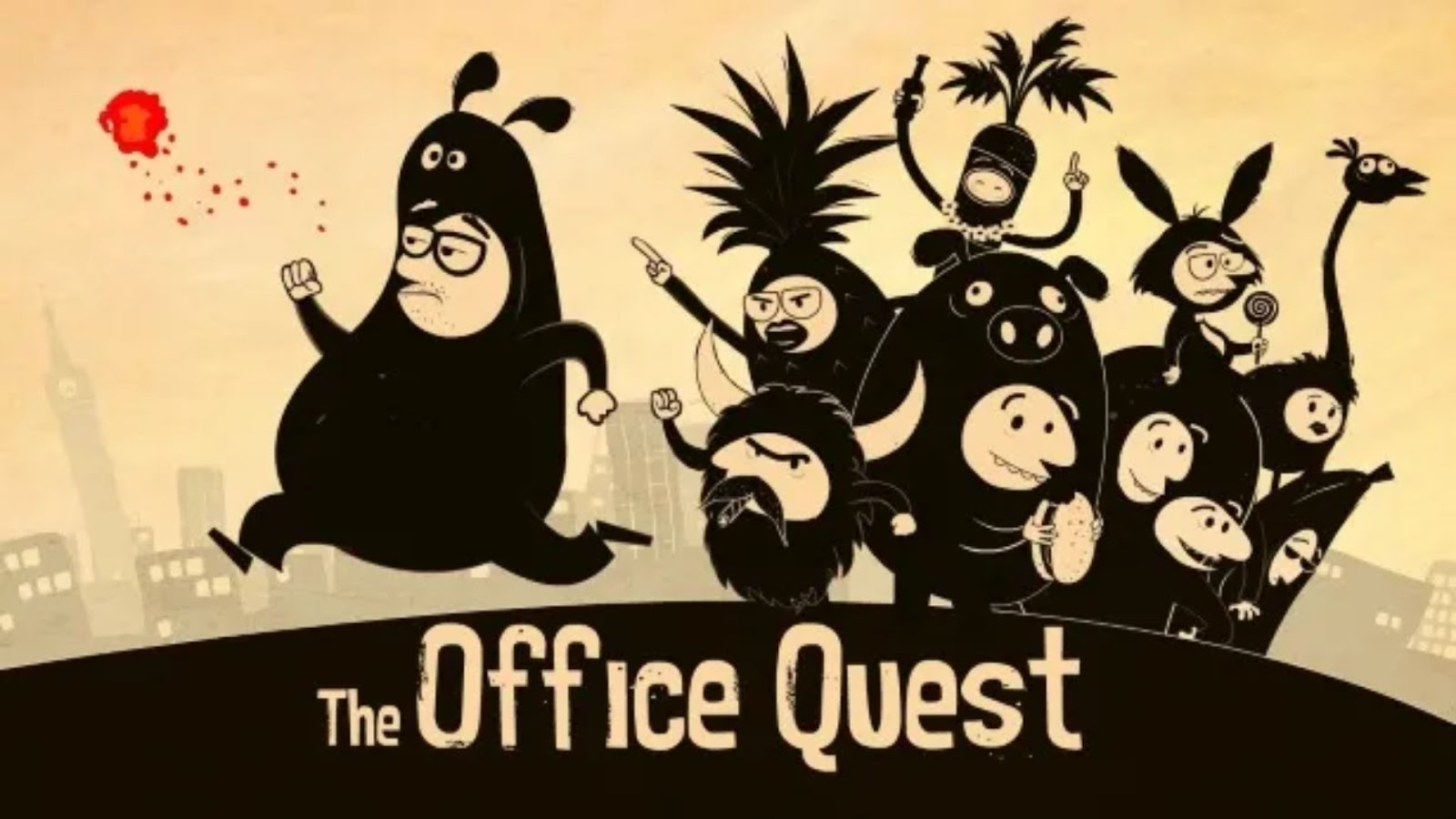 There are a lot of hints that can make this gameplay more joyful for you, and whenever you have stuck into some hard places, you will be provided with the best hints too. There are so many characters to encounter, and it might be the annoying worker or a grumpy boss; it doesn’t matter. Every type of person in an office will be featured at the Office Quest too. You can have it with the best optimizations by having the Office Quest on PC.

Would you all prefer an adventure comedy game for players looking for the best games like MementoMori? It is all featured with a store detective theme, and here is a Voodoo Detective to the action. Step by step, you will find the things, and Voodoo here will know everything on how the evil will take the roots for the Zo Wanga Isle. 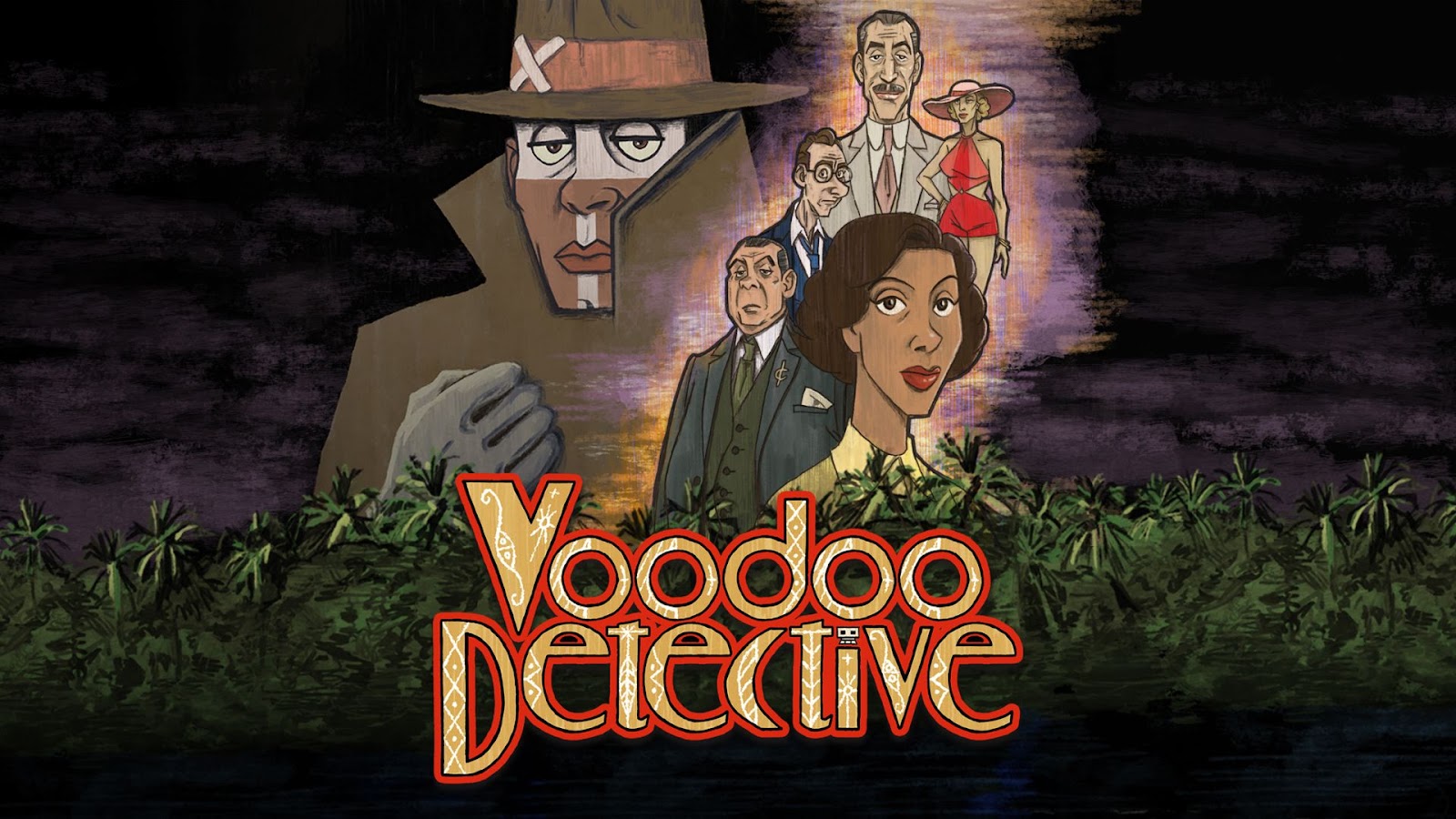 If you are curious about how this game will be similar to the MementoMori, know that it comes to the point and click gameplay on it, and you just have to adventure in there to the best. And take Voodoo Detective on PC to see how amazing you can enjoy the game to the fullest.

To end our best games like MementoMori list, we have Twilight Struggle, where you must go through several strategic gameplay challenges. You, as a player, will move your units here, and your ultimate goal here is to have more allies and superpowers. 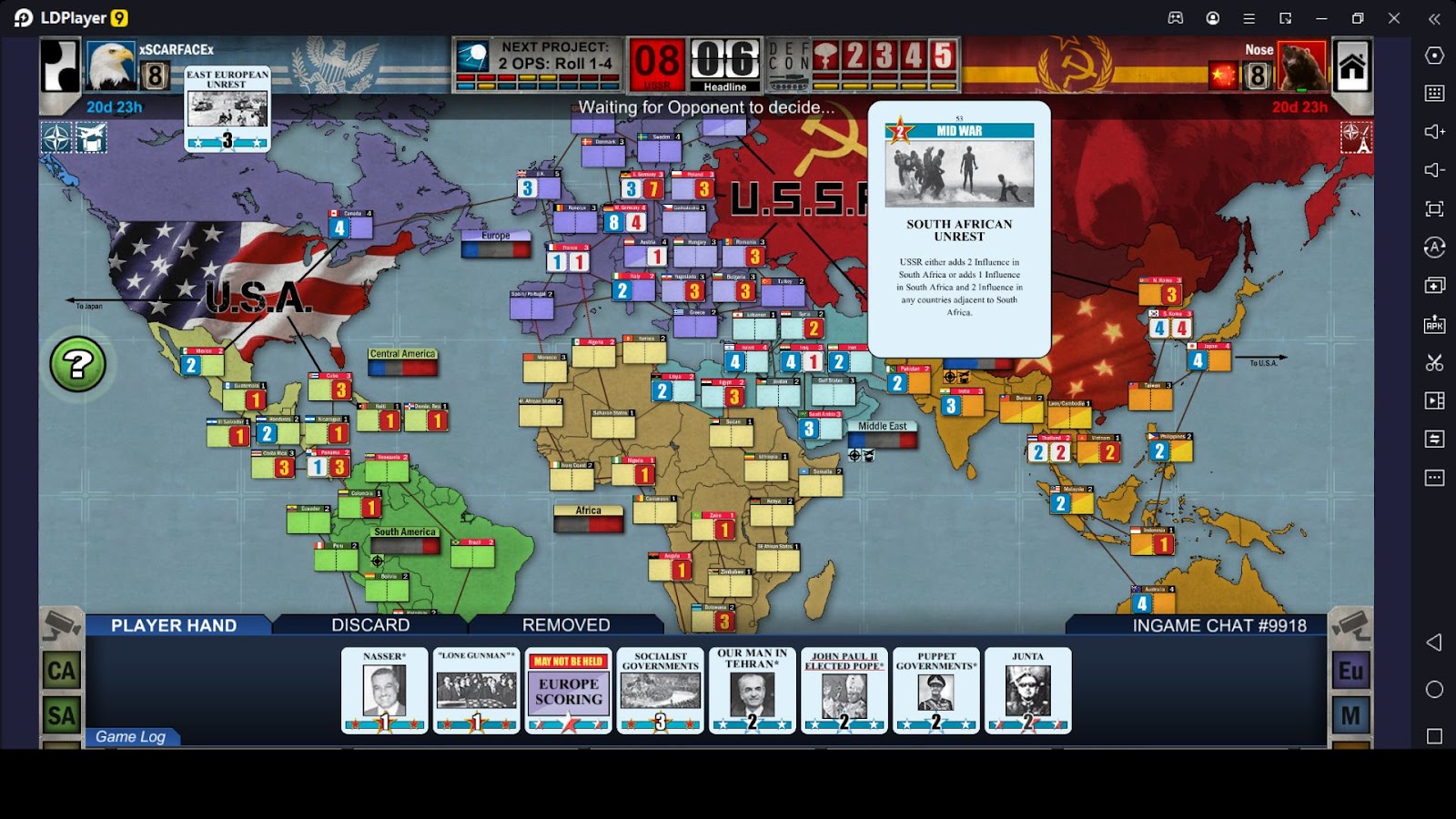 This is just a new gaming experience for the players because it has a unique complexity. There is a world map that you have to deal with, and it is just full of events to be played by you. For more options for gameplay, go with the Twilight Struggle on PC.

And this just ends our best games like MementoMori list, and we know that all these recommendations can give you the same vibe that MementoMori gives. So try them out with the best android emulator: LDPlayer 9, and see how well they can entertain you to the best. 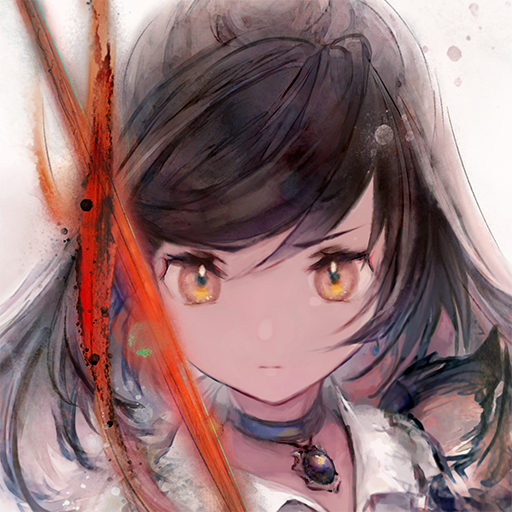 How to Play MementoMori on PC With LDPlayer 9 to Have the Best Gaming Performance?

MementoMori Tips to Become a Master for the Gameplay