Let's dig into the gaming world with a knockout type multiplayer party game with almost 32 players. Play until one remains and make your way from the chaos of the levels escalating. Your job as a player is to go through levels to round up, and if you fail, don't worry. Start over and make sure to run. This is an endless tour with so much addictive fun. 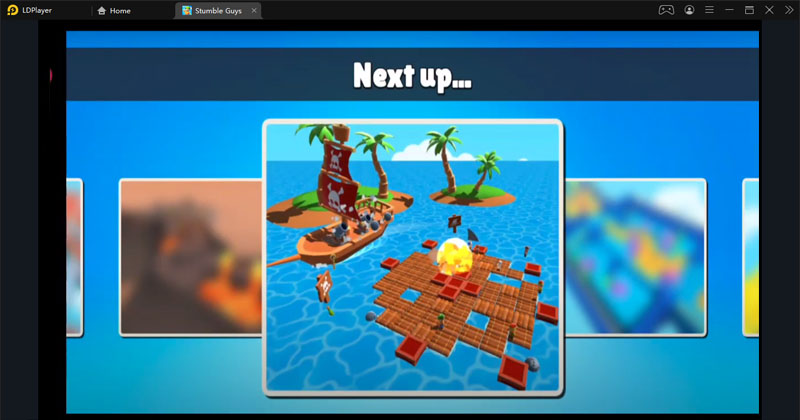 There will be so many challenges to face in Stumble Guys Multiplayer Royale, and the obstacles you face are not more accessible. They all are more challenging phases to pass. You have to overcome these all challenges bypassing them all and reach for victory. So be your heads to become wipe with stumble guys and struggle for the win.

You can download your victory, Stumble Guys: Multiplayer Royale on pc by LDPlayer, and enjoy every game scenario with maximum features.

In this fantastic game, you will see a mode to engage as Bombardment, and it is more likely to the gameplay of the game. Here, we bring up to the players about Bombardment tips and let's not waste time anymore.

The Bombardment is the new map of Stumble Guys Multiplayer Royale, and it is related to a ship. Your main object towards this map is not to fall, and it is situated on a seaside. There is water outside of your Bombardment. The ship on this map is trying to eliminate you, and you should go as far as you can from this ship. There are bombs fallen in these squares of the map bombardment, and all they are thrown by the ship. 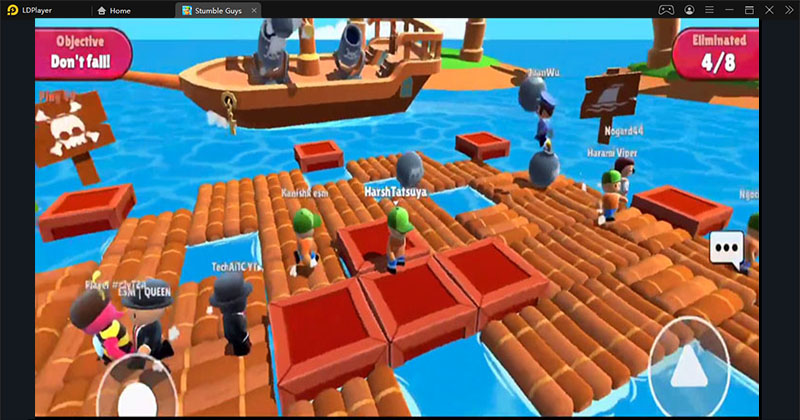 You can see that ship is revolving around the map, and when it goes around it, it is always throwing bombs. There are also bottles in the sea, and standard bricks will be down with these bombs. There are normal-shaped bricks, and even the red squares available in the Bombardment and red ones are the super strongest ones. The hitting bombs are not breaking those.

The whole bombardment map levels are designed not to get fall, and if you maintain to be like that, you win.

As you can see, this is a map level that has the threat of a bombing ship. This level is the first one, and if you get caught in this bomb, you are finished. And you should not fall into the water as well. It is mentioned in the game. So at each finished level game will calculate the eliminated layers remaining. Here are the best tips to follow on Bombardment to reach a definite victory. 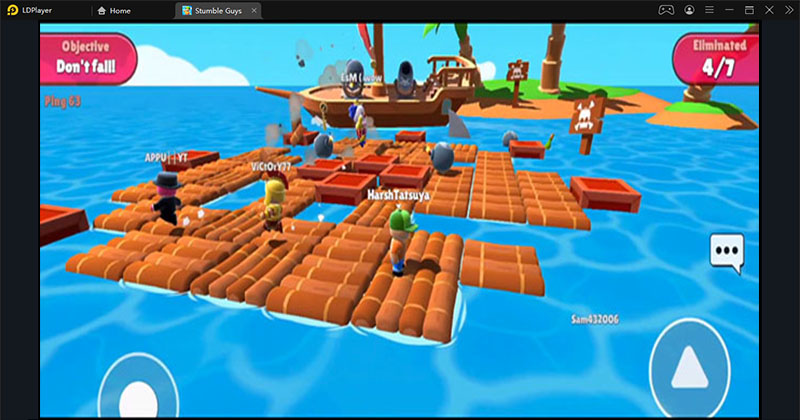 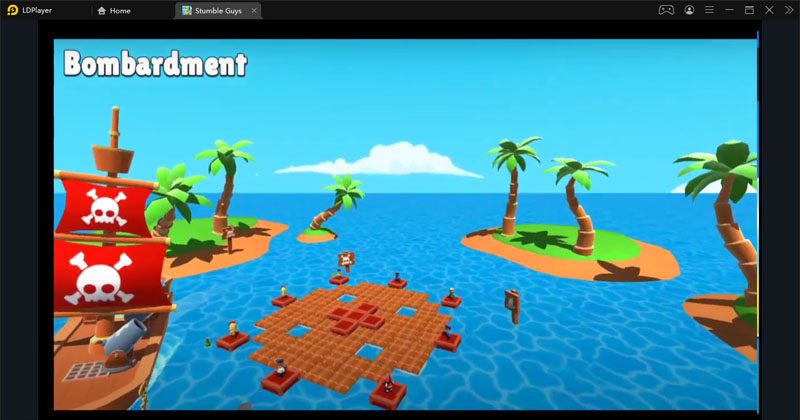 When you get into the Bombardment you might have to obtain a stumble pass, and all those have a specific price within them. The usual price for a stumble pass is 800 gems. There is also character customization as a User interface, and there you can change your character's clothes, and there are new skins to make your character look in the preferable way you like. 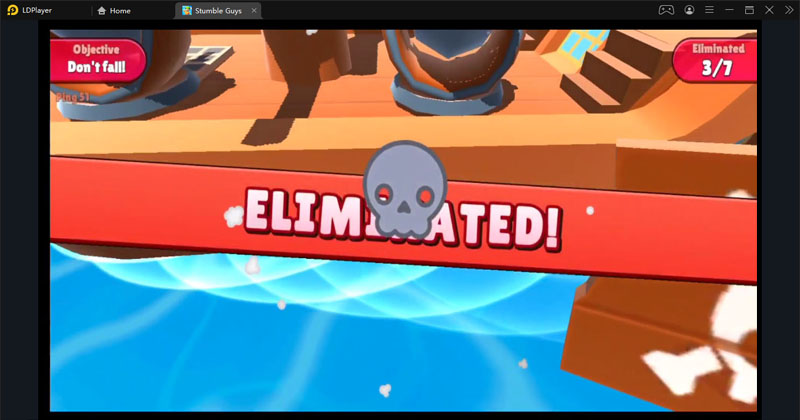 Stumble Guys Multiplayer Royale is a fantastic game than most of the games because it deals with some cutest gestures. Characters are little cute characters, and they all are running here and there to be survived. It has a great attraction towards its gaming style because it has an addictive gaming style with some cutest features. So anyone can feel attractive and fun in this game as usual.

In this game, its most novel map added is the Bombardment. It deals with a deck of interface situated in a sea, and it has the threat of a bomb firing ship. Players have to be survived from this ship and don't get to fall. There are bobs as well as damaging bricks. One who lasts until the level finished is going to win.

So the easiest thing is to get onto red squares. So here are the best tips to be eliminated, and follow these pro tips in advance to reach a definite victory.