Multiplayer Battle Royale games are exciting and very competitive because these games have lots of funny things hidden in them. Especially for the players like you who are excited to enjoy competing with other opponents, the Stumble Guys is the best choice for you, which is rich in many fun activities to engage with other players from all over the world. In that case, every player needs this Stumble Guys beginner guide to know particular things about the game to give others good competition. 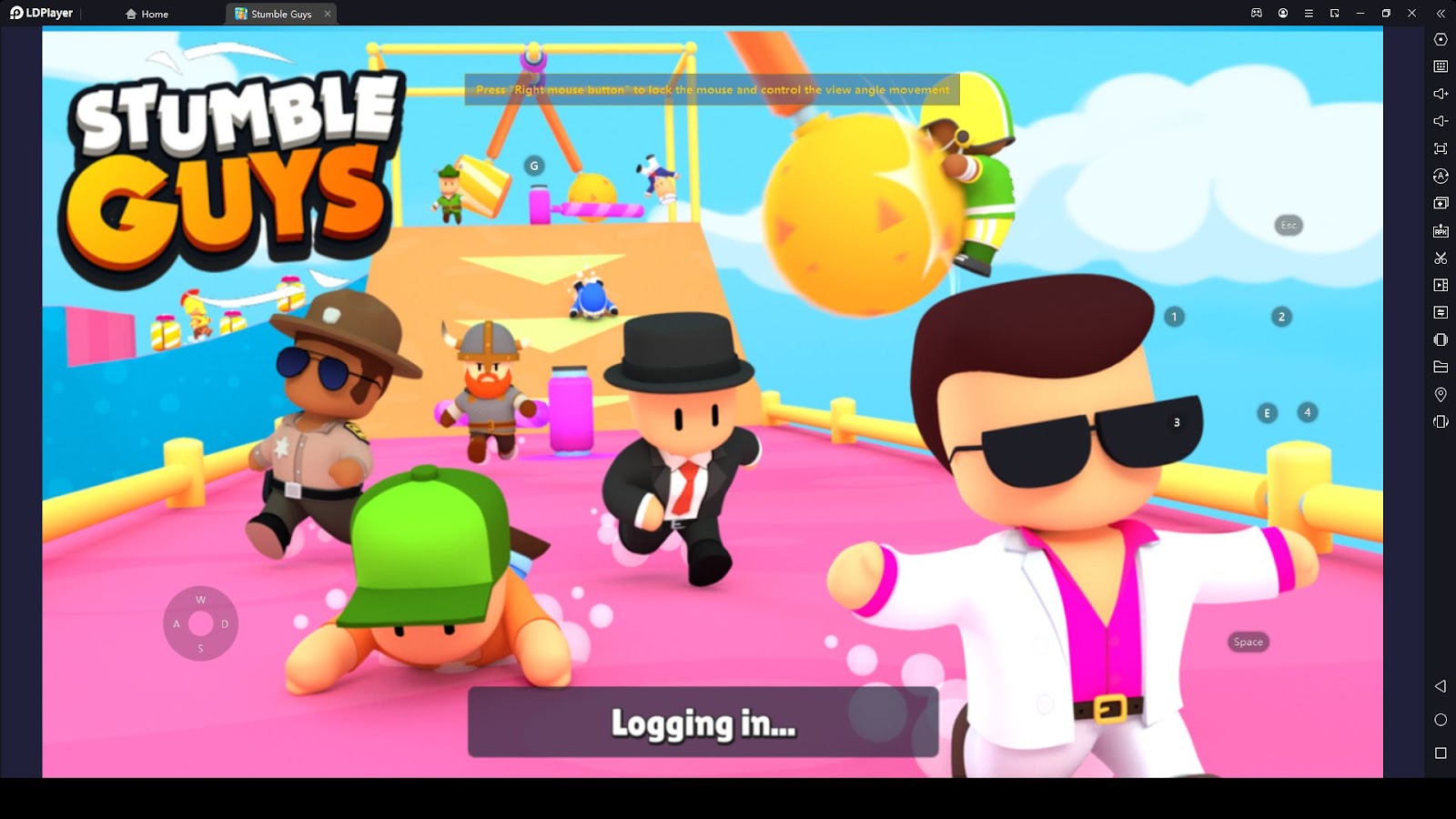 Since the game is so popular these days because of its uniqueness, many players have been hanging around the game recently, and everyone is curious about what this game is and what we have to do in this plot. Yes, for all the questions that pop up in your head about this game, this is the best place to have answers for each because, through this Stumble Guys beginner guide, you will be able to learn almost everything about the gameplay.

For now, let us move into the Stumble Guys beginner guide, which is the best source to acquire knowledge about the game and will help you record the top rank on the leaderboard. So are you ready to be the top player in the Stumble Guys with the best trophy ranking? If it is a yes, read this beginner guide to learn the basics while realizing the game's objective.

Before explaining the game's other things, let us tell you about its gameplay through this Stumble Guys beginner guide. So here you will attend the match with 31 other players, which means 32 players can compete in one match.

And when you enter a match, it feels like another world with beautiful surroundings filled with more complex challenges. Yes, in this game, every Stumble Guys beginner has to go through an obstacle course that is interesting and feels funny. However, since it is a match with 31 other players, only a few players will be able to pass into the next round because the game is so competitive. Therefore, the only way to survive in this competitive environment is to be more strategic, but don't stumble, guys. To make yourself into some better movements, you can refer to our Stumble Guys tips guide as well.

This is a simple game that does not have advanced things, and when you install the game on your device, you can enter the matches directly. Before that, you will see that the game has given you a default character to join competitions. But if you feel like this is not my type, then you can customize your character according to your desires.

To customize the character, go to the customize option on the main game screen; there, you can see the options to make changes to your default character. Unlike in other games, this game has given limited facilities and features to change the character and let us see what they are. 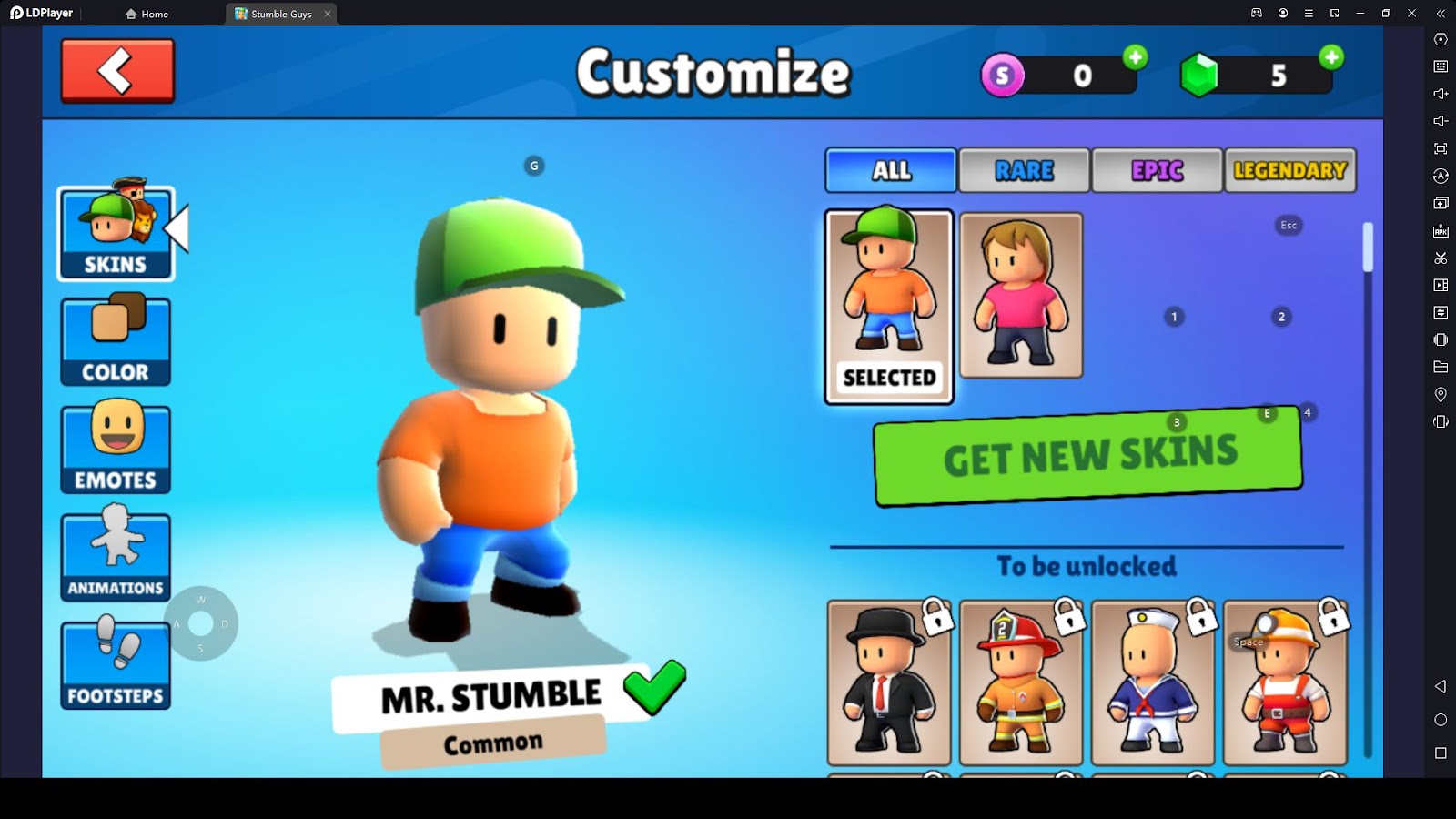 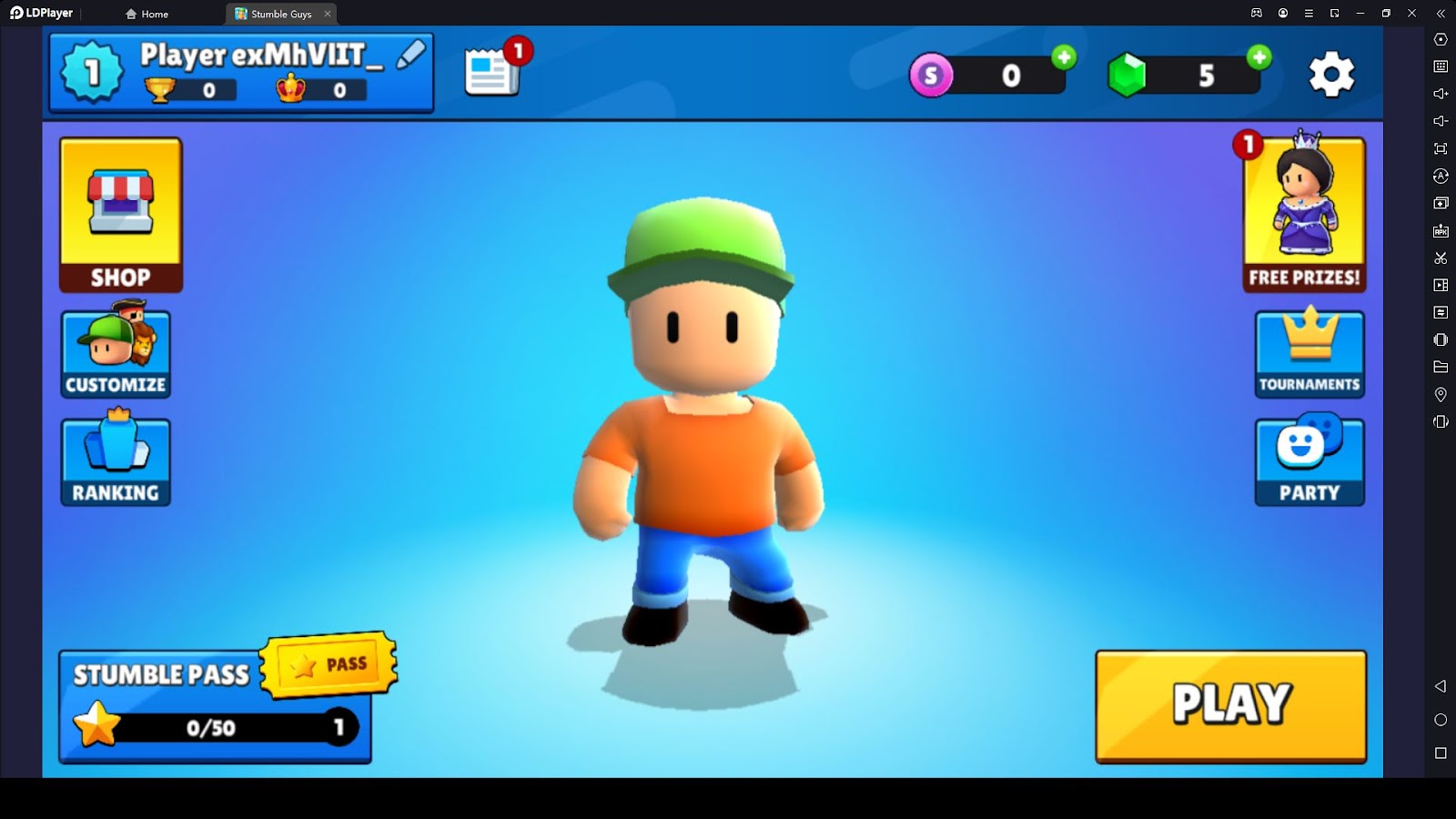 The random match is where the game takes every Stumble Guys beginner like you after tapping on the PLAY button displayed in the bottom right corner of the game screen. Here, the game selects 31 other players to compete in a randomly chosen obstacle course, and you must go through the obstacle course with a maximum of three rounds to win.

The final round will be the most competitive because the game will choose only one winner for the match. But even though you failed in the first round, since you are still a Stumble Guys beginner, you will receive a certain number of stars and experience points for leveling up in the game.

But the prize bundle will be more valuable when you qualify in the second or third rounds or win the match. 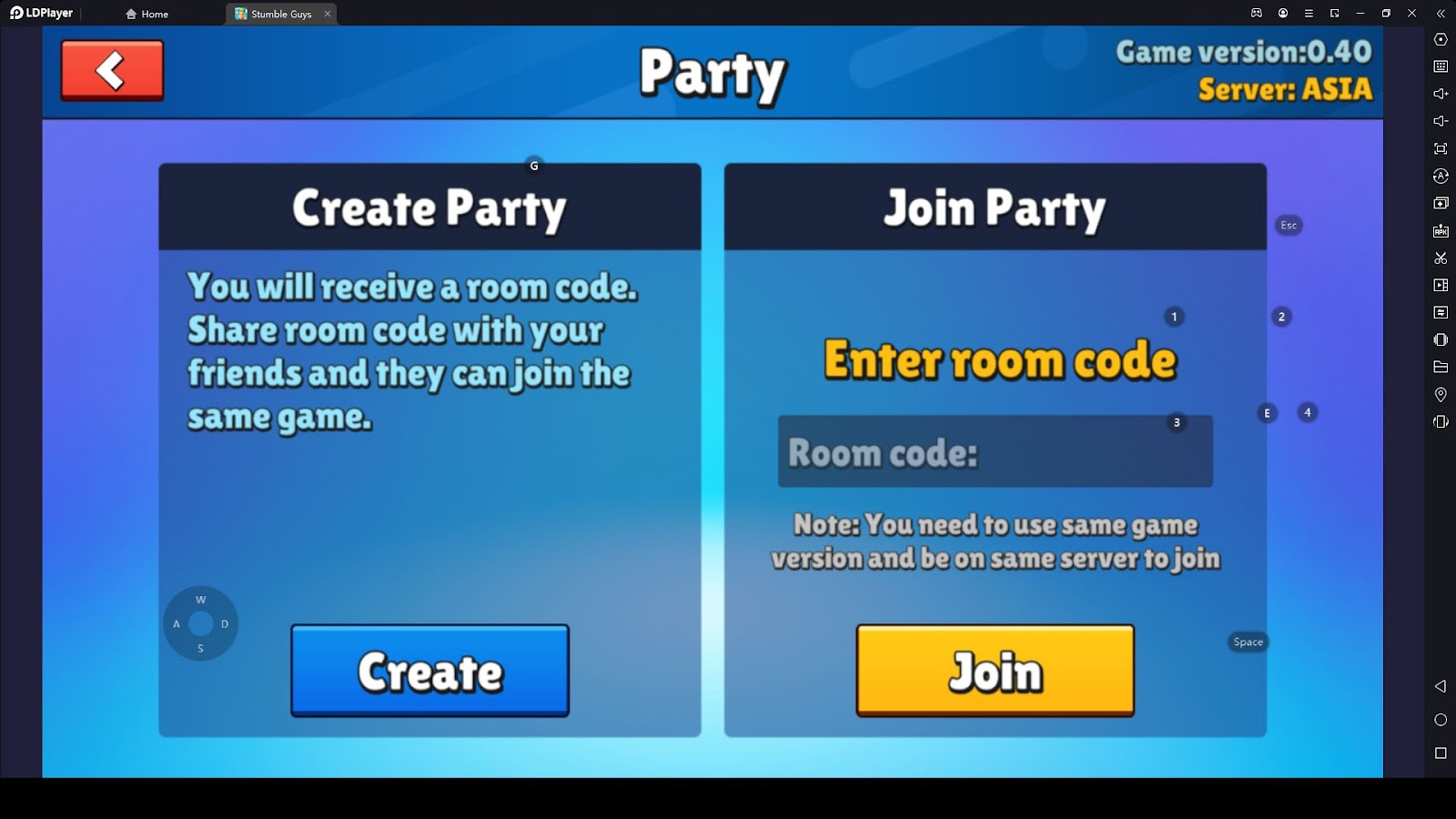 Since the game has the same way of playing, the same game plot can also be experienced through this Party mode. But the difference is, in the previous one, the game selected random other 31 players to play with you and here, you can join a party or create a party to play with your friends.

The maximum number of friends allowed is 32, and there should be at least two players to start a party match. When joining a party of one of your friends, you must enter the friend's room code to join the party.

But you can create a party easily by tapping on the create button regardless of if you are a Stumble Guys beginner or not. After completing a party room, you can send the room code given by the game to your friends to join in your party. 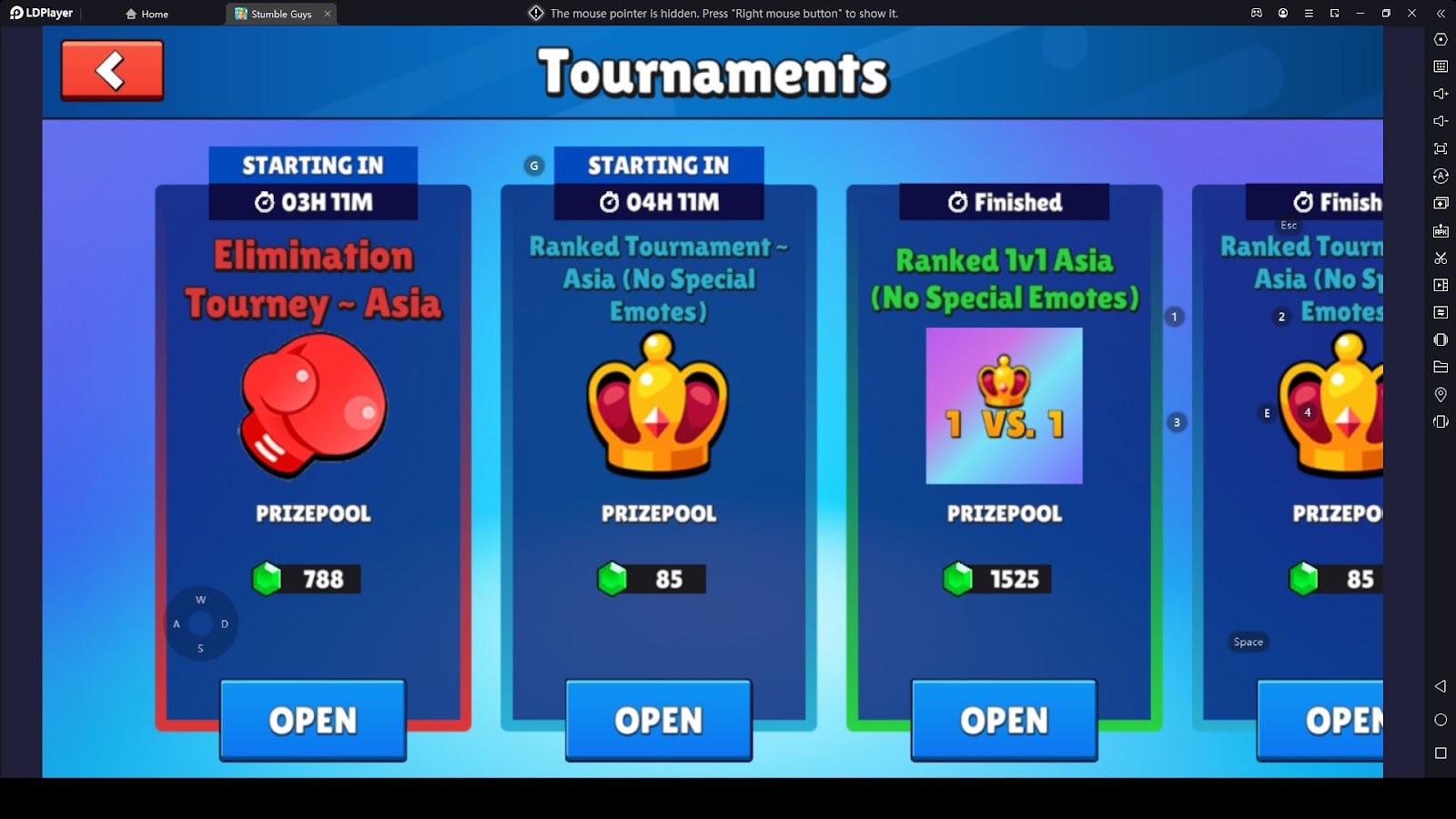 Next, we will explain to you through this Stumble Guys beginner guide about Tournaments, the limited game events you can participate in. When you go to the Tournaments section, it will show you the recently finished tournaments, upcoming tournaments and the prizes you can gain by participating in them.

But these tournaments are super hard to win because many experienced players will participate in these tournaments to claim the prizes. Therefore since you are still a Stumble Guys beginner to the gameplay, make sure to use some strategies and tips in the match; otherwise, you will fail.

Stumble Pass is like a reward coupon that rewards each Stumble Guys beginner like you with random skins, gems, stumble tokens, emotes, footsteps and many other prizes that will be a good aid in progressing the game. 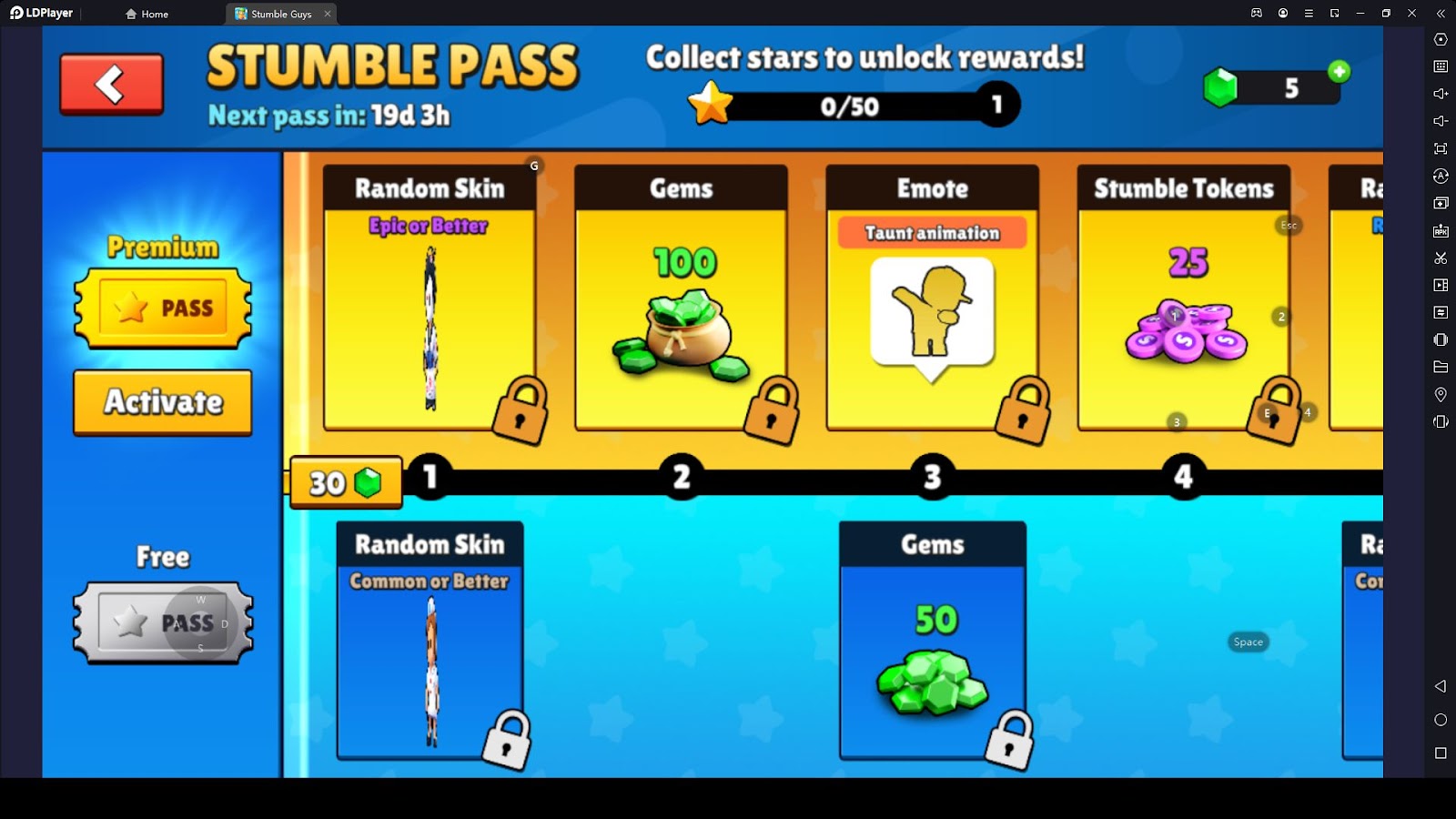 When you enter the stumble pass, there are two categories; Premium and Free, and without a doubt, the best rewards are in the premium stumble pass, but you will need 1200 gems to activate it.

Reaching the finish line is not always the goal of every match round, so you must adapt your play style according to the obstacle courses and the objectives in different contests. But to accomplish the goal, the first thing which matters is how you control your character here.

Although the game has few controls, such as a joystick to move the character, a jump icon and a specified camera control area to adjust your spectacular sight, focusing on everything at once is challenging. 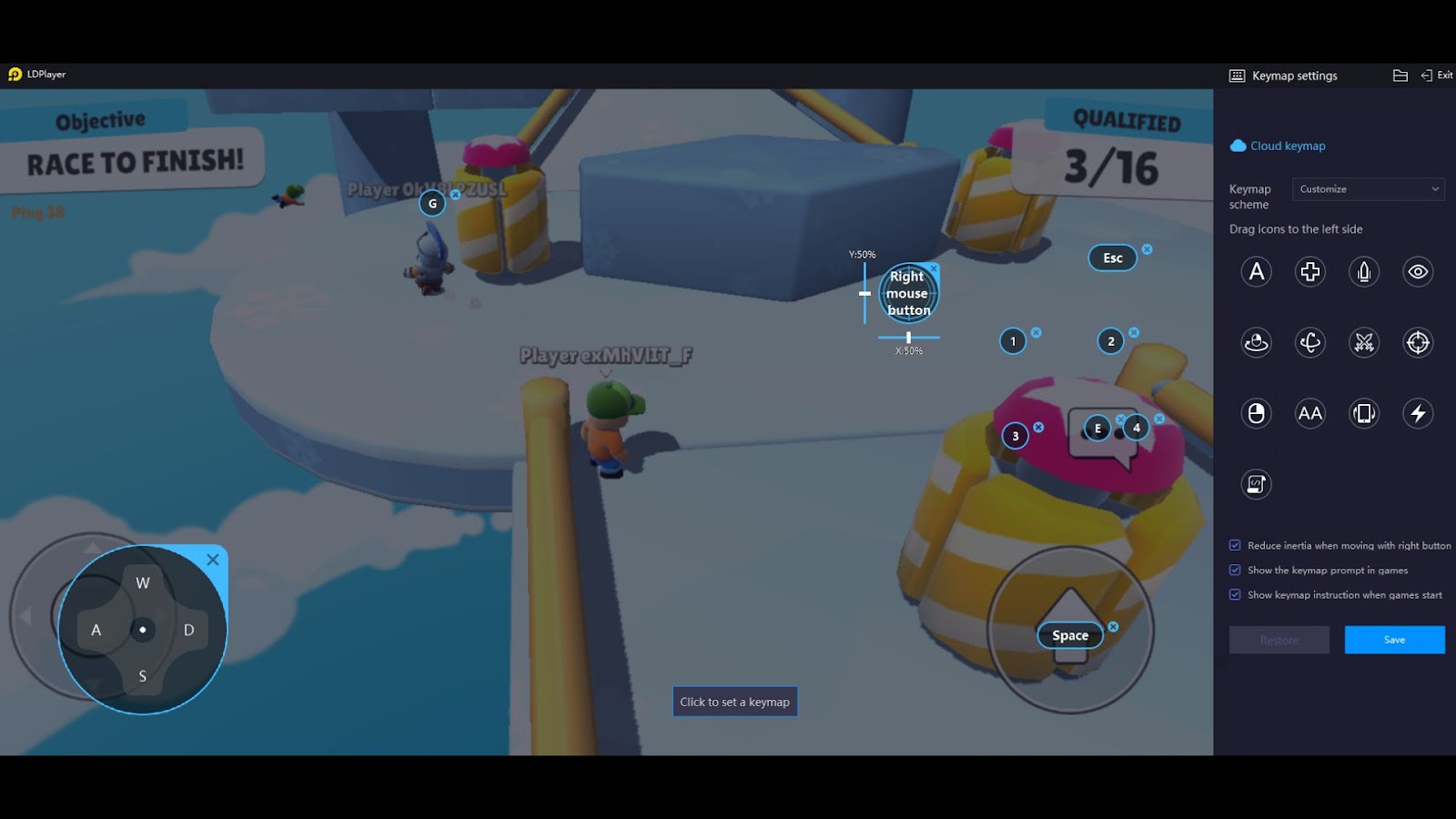 Therefore the easiest way to achieve every goal assigned to you is by playing the game with the best android emulator LDPlayer 9 because its Keyboard Mapping feature will be an excellent helper to win each round of the match easily by letting you replace the game controls with new shortcut keys according to your preferences.

So, you can use keys you prefer instead of the joystick to move the character, the mouse for camera control to adjust your view and assign a key to jump the character.

And finally, you have come to the end of this Stumble Guys beginner guide which means you have been taught tons of things about the game and how funny and exciting to play it. Therefore, with the help of this Stumble Guys beginner guide, you learned a lot, and now you can start the game with LDPlayer 9 to enhance your gameplay more than ever before.