In 2021 November, a tactical RPG game was released to make the player into a witch to choose the side from dark lord or fight against him. And that is called the Revived Witch. It didn’t forget to come with a series of characters to have a selection from us. More than that, these all came with abilities that are solely built for them to perform in the game. So the entire Revived Witch tier list came with a range of characters who showed up to the gameplay with several levels of strengths. 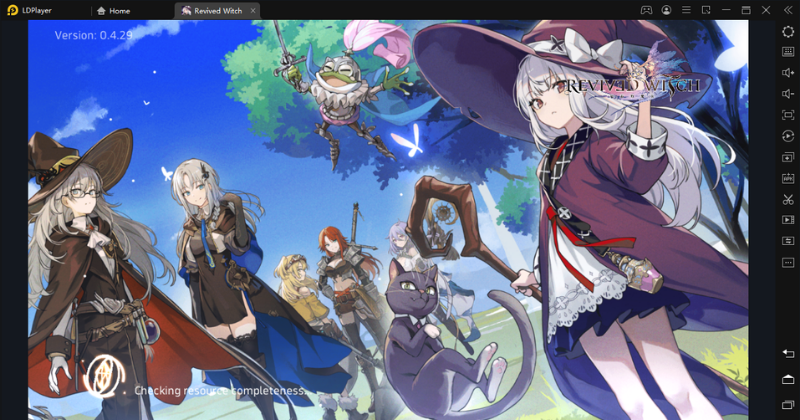 So this guide is formed to know which of the Revived Witch tier list characters will help you deal with the best gaming and which one will show the most powers against the enemies. Through this Revived Witch tier list, you will understand how these characters are divided according to their strengths and which one will be on the top of the entire list. So without further info, let’s move onto the tier list.

The whole Revived Witch tier list characters are divided into four categories, and they are laid based on their strength to the game as follows.

If you are a beginner to Revived Witch game, we suggest you go through our Revived Witch beginner guide to have a basic idea from the game before you enter into its tier list characters. 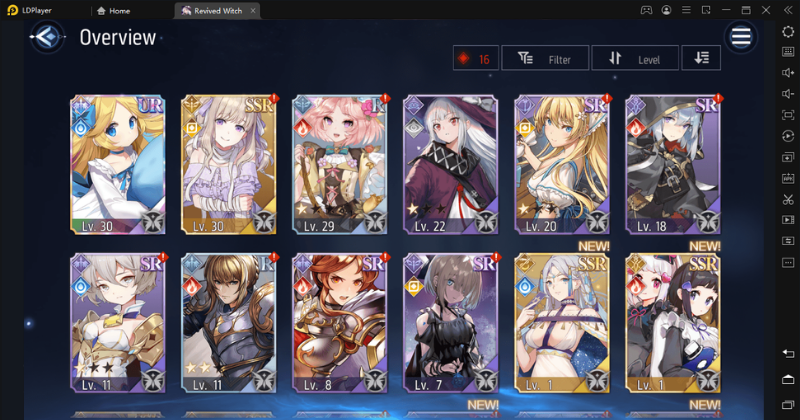 Kalpa is a destroyer from the Revived Witch tier list, and she is identified in the game as a Spring Beast. She is applying 10 seconds of the battle, which is ready for herself and will hit the enemy in the first row two times. Kalpa can restore her health equal to the attack, increase the damage, and decrease the damage we take.

Kalpa can provide a shield that will last for more than 15 seconds for the attacks, and she can also reduce the physical defence of all the targeted enemies. And also, it happens within 10 seconds.

Celanaya is an assassin, and we call her the Azure Archer of Wind. She can attack her enemies three times, and every attack will deal with physical damage, which will be equal to her attack. And with Celanaya’s second skill, she will attack five times on all her enemies, and it also deals with physical damage. With Celanay’s third skill, she will deal more damage with her attacks and will ignore the physical defence of her enemies, which equals the self-attack.

Affalen is a guardian, and she is the Defender of Holiness. This hero is holding a supporter role with a magic attack, and her first skill will provide a shield that can absorb the damage similar to the maximum health. And then, within the next seconds, Affalen is going to redirect this whole damage dealing with her allies, and at the same time, the magic and physical defence will also be increased. During the first 2 seconds of this period, Affalen is immune to all the damage in the game.

With Affalen’s second skill, she will deal with magic damage similar to the attack on all her enemies, and she can remove their buffs too. So their magic defence will also decrease by the Affalen. With Affalen’s third skill, she will auto-cast the Holy Radiance for one time after there is damage taken for 15 times. 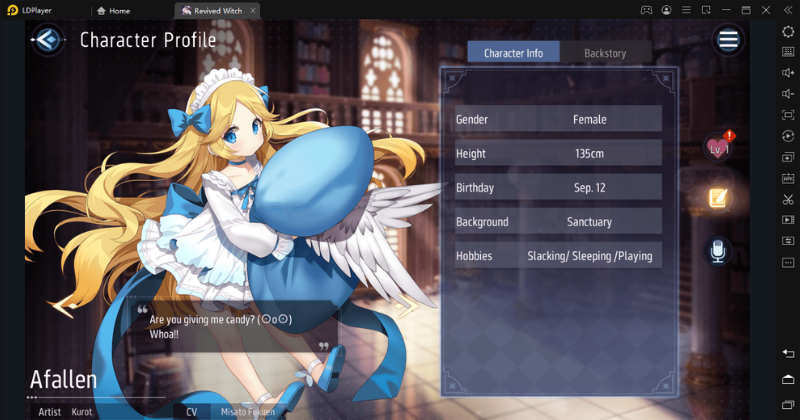 Tuonel is a healer from Revived Witch tier list, and she is known as a Hybrid Healer to the game. She is literally capable of healing her allies and will grant a shield that can absorb the damage for over 5 seconds. Tuonel can also generate chaos energy for more than 4 seconds with her third skill. 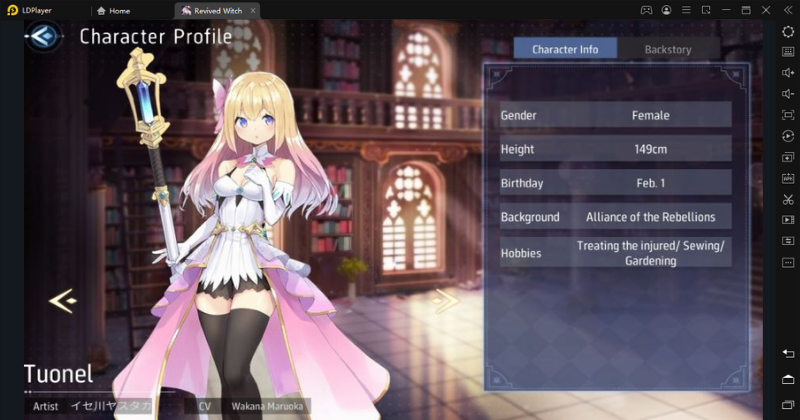 Mineer is a mage from Revived Witch tier list, and she is called the Blessing of the Night. This hero can consume all of the order energy and then attack continuously for a single target. Her first attack will deal with magic damage, and every subsequent attack will increase this damage level. The second skill of Mineer can do magic damage and apply an effect of a magic spread for her targets for about 5 seconds.

When Mineer is dealing with the damage, she can generate order energy with an 8% of rate and then she increases the damage-dealing for more than 5 seconds.

Amanami is a compeller, and she is called the Princess of the Sun from Revived Witch tier list. This hero can generate order energy, and then she is going to heal all the team members. Amanami can also increase the attack of her allies by 10 seconds. With her second skill, Amanami can deal with magic damage equal to the attacks of her enemies and then increase the magic damage taken from them for more than 10 seconds. This hero is also a hero who can raise the damage dealing of her allies for 5 seconds, and it can be stacked up as well. 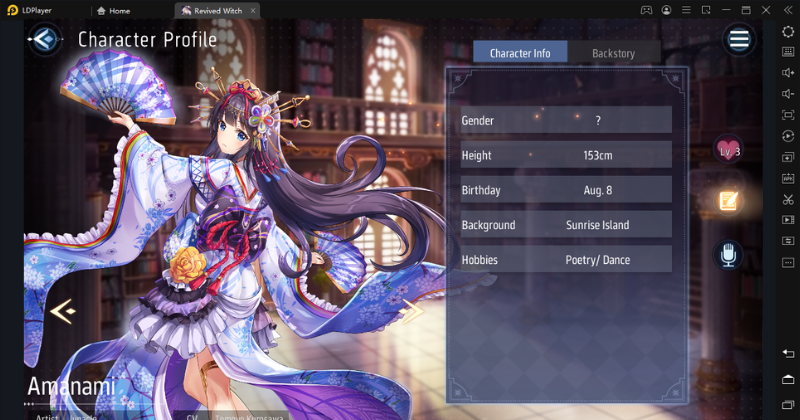 Yui is a destroyer from the Revived Witch tier list, and she is the Demonsbane Spear. She is dealing with the physical damage against the single targets and will dispel all the buffs of these enemies. With the second skill of Yui, she will reduce the damage we are taking and increase the Demonsbane Spear damage as well. When Yui enters into the status of a Soulbreaker, her normal attacks will deal increased damage against her opponents.

Yui can also reduce the magic damage taken from the enemies, and she is ignoring their physical defence as well.

Akasha from Revived Witch tier list is an Assassin, and she is identified as the Sword Maiden of Shooting Stars. She can deal with the physical damage to the back row enemies and increase the Crit chance with Crit damage for over 5 seconds.

Akasha can also stack up these two damages. When there is her second skill, she is dealing six times more damage for the back row enemies, and if she defeats those enemies, she will switch for the newly replaced row. The first attacks here will deal with the physical damage, while other subsequent attacks increase the damage with every slash. When Akasha enters into the third skill, she is unleashing a Meteor Slash, and it can reduce the cost of energy to 1 with her next Arcane Luster Slash.

This is a guardian from the Revived Witch tier list, and she is identified as the Miracle. Catherine is providing immunity for us with the following five instances from the physical damage, and she is also increasing the physical and magic defence from her maximum health. Catherine can redirect all the damage for allies and recover their health.

There is a shield provided by Catherine to her allies to absorb the damage, and it will apply an effect called Blessing of Glory to all her team members over 10 seconds. This effect will deal with additional physical damage, stun and reduce the entire physical defence of the enemies. With her passive skill, Catherine is going to increase the damage she is taking by enemies for more than 10 seconds.

Mayahuel is a mage from Revived Witch tier list, and she is called the Forest Blessing. This hero can summon a Storm of Nature, and it literally attacks all the enemies over three times. Each of these attacks will deal with the magic damage too. Mayahuel can also summon a power named Power of Stars, and it deals with the magic damage. So it will attack three times on random enemies and apply a Soul Disperse on them to reduce enemies’ magical defence.

Mayahuel is also a hero who can heal her team members in the battle. 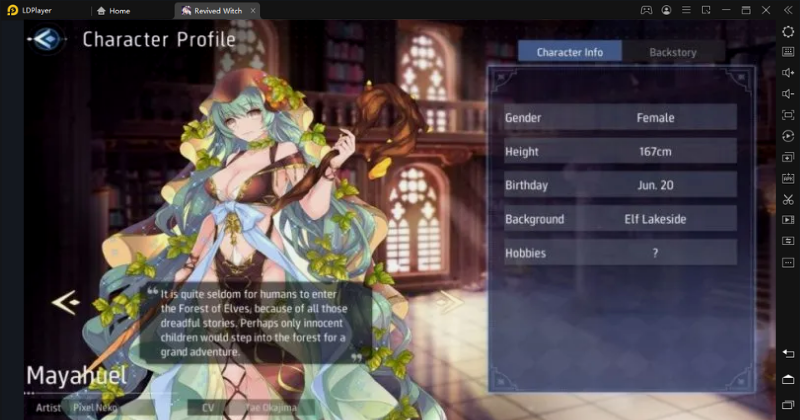 Metamorphosis is identified as a compeller from Revived Witch tier list, and she is called the Dominator of Souls. She is healing her team members and changing the mask with her attacks, and every time she changes her mask, the buffs applied on each will also be switched. When this change happens, the buff in the previous mask will last for more than 5 seconds. During the combat, Metamorphosis can increase the attack of her allies and the damage dealing. And also, she is decreasing the damage taken by her allies as well.

Metamorphosis can increase the Borrow effect for more than 5 seconds and increase the healing or damaging effect. With her passive skill, she is going to increase the self-attack with every 20 seconds for over 10 seconds.

Dorin is a compeller, and she is called the Celestial Gift in the Revived Witch tier list. This hero will throw up a gift box, and it will deal physical damage to her enemies with an explosion. With this explosion, all the enemies are going to take heavy damage for over 10 seconds. When Dorin uses her second skill, she carefully prepares before she sends her gift box and then increases the attack and Crit damage from her allies over 10 seconds.

With Droin’s passive skill, she will cast a Mysterious Gift Box, which will increase the crit chance of her allies. 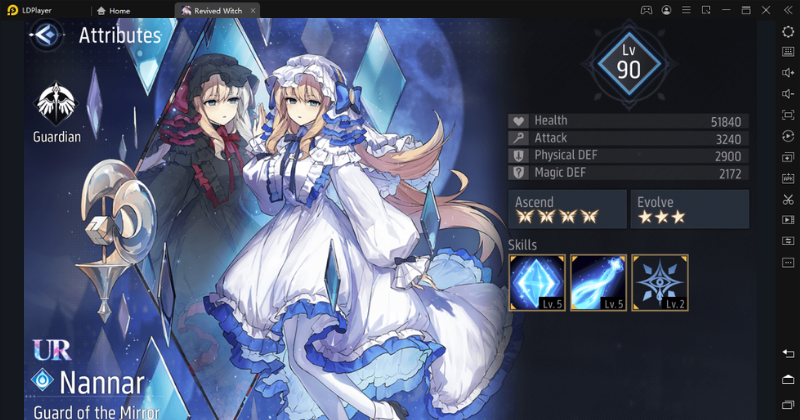 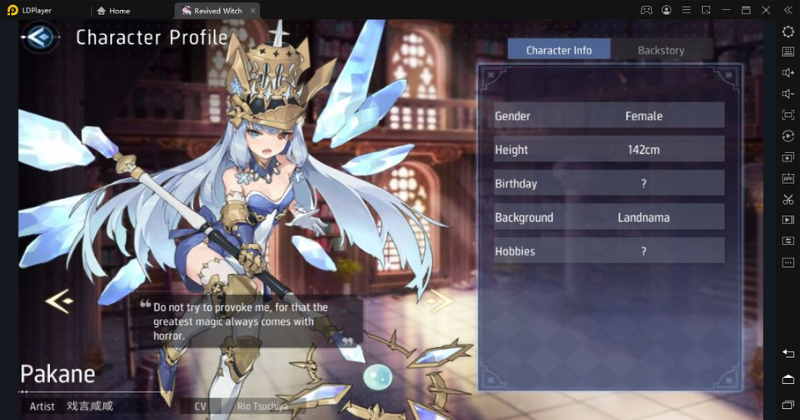 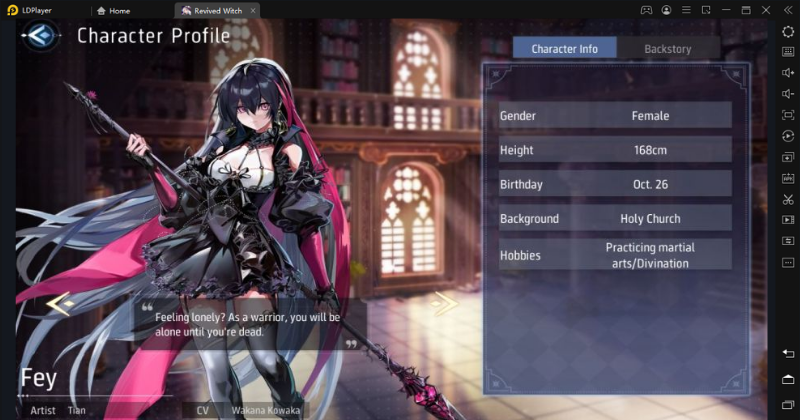 If you wish to earn the best characters from Revived Witch tier list S, you can literally take the help from the best android emulator: LDPlayer. It has this feature called the Multi-Instance Sync, and it allows us to quicken the speed of our re-rolling process. Generally, after you have completed a whole tutorial and get into a hero, it takes much time, but with this feature, you can create multiple instances to have a number of rerolls at once. This way, you will be guaranteed to earn the best hero and speed up your whole re-rolling process.

So this ends our Revived Witch tier list, and now you can decide which hero to choose to carry on with your game progress. Always give your best priority for the tier S heroes and make sure to utilize their all best features to make your gameplay into whole next level progress.