Nier Reincarnation is the newbie game onto the world by Appilbot, and there are many featuring materials to discover by players. And yet, this game is to release some more in the future, it seems. Nier Reincarnation came to alive as a sequel on Nier Automata, and this one is taking the place of the world called Nier.

This game is still new, and its contents are still rich than we think. So anyone from this game can be stuck when trying to choose their perfect hero to deal with. And it is always fair that someone is ending with a wrong character due to their insufficient knowledge about characters. You may still be unsure of who you need to pick and what hero would it be there to perform better with your gaming content. There are four categories of tiers in here to choose by players as follows.

These are the top-tier heroes in the game, and they are doing the most incredible tasks for you to grow up within the gameplay. They will face any type of situation without causing any trouble, and they can easily defeat their enemies due to their superpowers.

A-tier characters are good as the S-tier ones. They will not perform every task that the S tier ones are performing, but still, they have the most significant strengths in the game.

B tier is acting reasonably to the game, and they are doing a decent role in Nier Reincarnation. They do not possess the same skills as S or A tiers, but they somehow managed to face the most challenging situations. Still, they will need a lot of effort, but they are fair.

There is only one C-tier character available with Nier Reincarnation, and that is not also bad. It also has some skills to perform in the early phase of the game, and players have to consider choosing this character only when they have not taken a chance on the above ones. 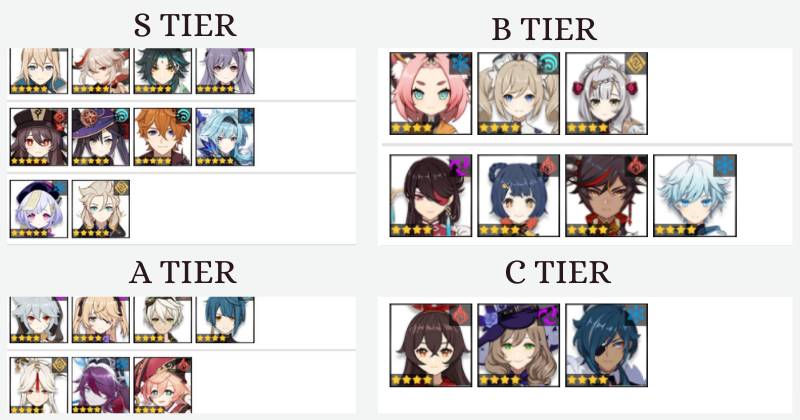 Tier list characters are divided on the game as follows.

How and who to Reroll in Nier Reincarnation?

Rerolling can be done by following methods in the game.

Probability of the Reroll Rates

There are three types of door patterns in the game as

Even though this mama door is confirmed with a 4 star, the character will not be guaranteed, and it is only confirmed the 4-star weapons. You can reroll into two, three, and four-star characters at the beginning. There will be a hidden mission on clicking mama for 100 times, and it will give you 3000 diamonds when a player is getting into the cage hub on one ten rolls. You are always recommended to reroll on to the event banner for a limited time character and quickly finish the event.

Once you are happy with your rerolls, you can head into the main story soon.

A2 is the most fearsome and incredible character of Nier Reincarnation, and she is capable of dealing with tremendous damage to her opponents. Her weapons allow A2 to increase the combo meter with multiple hits at one time, increasing the critical rate. A2 is an attacker, and she is undoubtedly a top-tier performing hero to the game.

2B has the increasing skills when their all HP is dropping down more than 50% below. She has many combo points rack up on to her unit, and her skills are increasing by 26% when the HP gets lower. Any player can build this player easier because she is so simple to build. Her weapon dark sword is the one that makes 2B severe damage inflicting hero.

Frenlyse is a perfect hero in every possible way. She is the mightiest damage dealer who has the highest agility on her skills, making Frenlyse an ideal hero for PVP and the boss fights. She is increasing her party attack power while degrading the defense of her enemies. Nothing will go wrong whenever Frenlyse is in there for the game. As we said before, rerolling is a long procedure that takes a lot of time for you to play the game, and sometimes you may have to perform more and more rerolls to have your perfect hero into the game. But you don’t need to lag in this usual system anymore when there is LDPlayer. LDPlayer has a function called Multi-Instance Sync Feature, and this is letting all the players have multiple rerolls from the same game at the same time.

You will have several copies of Nier Reincarnation on your PC, and you will take the opportunity to perform a reroll from each. So you are getting your guaranteed hero within several minutes and assurance to earn those best heroes with this method. So how can you perform this? Just follow these simple instructions. So here is the end of our Nier Reincarnation reroll guide. You should learn better n controlling your game with the right kind of heroes and know that every hero would not be able or suitable for every game phase. So try to choose a character with a wise attempt and always goes into the top-tier heroes when rerolling. And make sure to use LDPlayer as it helps you to earn them all with a glance.