In the gaming world, there are different types of games. Few examples are action games, adventure games, role-playing games, and strategy games. Today topic is a role-playing game. So, with the topic, you might now get what the game is. Nier Reincarnation is based on a gothic theme. Players who began to play the game will trap inside the game as they addict to that. The game mainly happens in the realm of the cage as a continuation of Nier: Automata. In this video game, the players have to travel through different areas of the cage. There will be some ghost-like creatures who will accompany you to other places. So, there will be a girl who will guide you to those zones. She will be guided by a ghost-like creature who introduced herself as the mama of that girl.

This article will be supportive of you our all newbies. With this, you can progress more effectively through the beginning stages of the game and precautions. You need to have a good flow during the beginning stages and earn more points. Now, let us move to the detailed guide of chapter one, named Wind and Sand on Nier Reincarnation on PC, for free.

There will be a specific set of rewards and release content in every chapter from this level onwards. In the first chapter, we can categorize them as follows, In this battle chapter of Wind and sand, there are some special pickup items. The players can become winners for a specified number of times for that pickup item. We can detail them as follows, When you begin the game, you will know that blackbirds or the crows played an essential role. So, there will be specific places where the blackbird appears. When you see them, you have to collect them. When you order them, you can obtain rewards. The following list shows the blackbirds and the number of rewards you can get by collecting the blackbirds. To play this chapter": Wind and sand, there are some strategies to follow. These are specific to each chapter. So, when you proceed through different chapters, you will see a particular set of methods to get through from the chapter. So, there are three such strategies where you can implement in the first chapter of Nier Reincarnation. Now, let us see what they are,

Take the best from chapter 01 by the best heroes. Take a look at an effective method of rerolling from here. 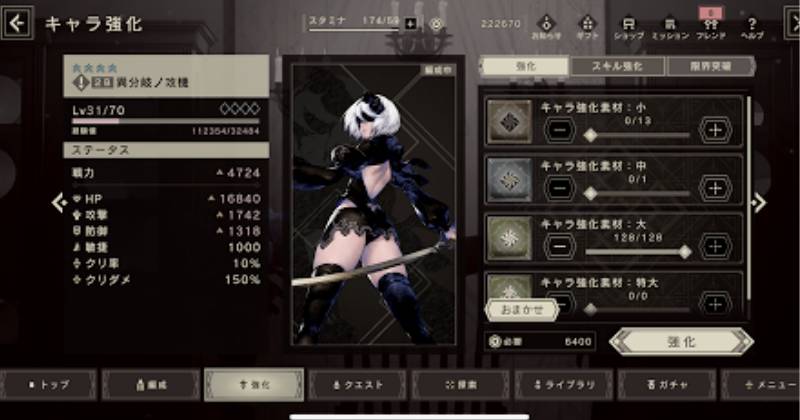