When proceeding through the fifth chapter of Nier Reincarnation, you have a pretty good understanding of the characters, stories, and ways of moving through the game. This game was published by Square Enix this year. At this point, you all know the game takes place in a universe of Nier, and it is a continuation of the Nier: Automata. You have to travel through different realms of the cage throughout the game. At the beginning levels of Nier Reincarnation, you have to get into the role of a young girl. She has no voice and is guided by a ghost-like creature named Mama. You might encounter some beasts called Dark monsters during the journey. This is a game with the thematic background of gothic. So, you will find hostile moments with the playful encounters in the game. The players have lost in the middle of the game as they are addicted to the game.

The fifth chapter hints that you have completed the missions in all the other four previous chapters. This chapter is known as the Nier Reincarnation Chapter of Snow Cover. Today, the guide is about proceeding successfully from the fifth chapter by getting the best points in the game. So, let us find ways to move in these stages effectively with Nier Reincarnation for free on LDPlayer.

In this chapter of Snow cover, there are several fundamental details that you have to contemplate. As the enemy attribute in this chapter, you will meet Fire. The recommended combat power will be 16,500 for Normal and 45,000 for Hard.

There will be different modes of the clear reward, drop reward, and liberation content when talking about the reward and the release content. The main details can illustrate as follows, There will be a specific pickup item in this chapter and the number of winners for each item. We can detail them as follows, In this chapter, you have to not the place where the blackbird or the crow appears. There are few determining areas where you can easily find the blackbird. Now let us see some details about the appearance of the place and the entitled reward for that. 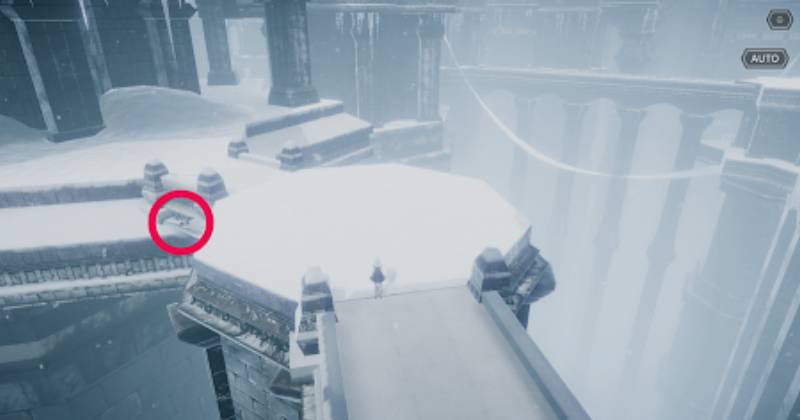 As the strategies in the fifth chapter, there are few strategies that you can use to level up yourself. You can equip more water-based weapons in this chapter. Enemies in the Snow cover are with the fire attribute. When you get ready weaker weapons, you have a good opportunity of clearing them. You can clear the level, although you are a bit backward from the assigned strength. So, you have to equip more with the available dark weapons in the game.

As another strategy, you have to enhance the strength to the maximum level even though you are in a crisis of winning the battle. You might feel you are not in a position to win after trying several attempts. But, still, a choice is there for the players.

You can train the available character and weapons to enhance the strength. When you acquire more strength than the recommended power level, you have the chance of clearing the battle using the auto mode. So, there will be no more issues. You can strengthen the weapons and characters in different levels as follows.

As another strategy, you can organize a deck and randomly manage it. They are the most recommended strategies that you can use from the beginning. You have to expand the strength of the characters and the weapons. When you have a strong memory, there is a good chance of facing the battle with fewer issues. To have the best heroes to deal with your chapter 5, try the best rerolling with LDPlayer from here.