Nier Reincarnation is a role-playing video game published this year by the gaming company named Square Enix in this year. This fantastic game happens in the world called Nier and with the continuation of Nier: Automata. The game's primary setting is in a Cage, and the player has to go to different areas in the cage with the ghost-like creatures in the game. 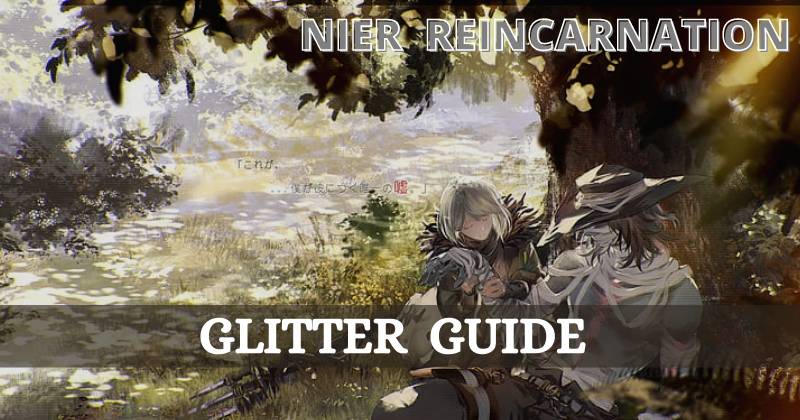 In the game Nier Reincarnation, you will find different rewards in chapter ten. Mainly these rewards are for the blackbird or the crow in chapter ten, chapter of glitter. The locations of the blackbirds will have posted in today's article, along with the guidelines for the players. There are combat powers and capture points to the players as rewards. The players have to refer to the main quest to capture all these points. Play Nier Reincarnation on PC from here and enjoy the chapter 10 guide from here.

Before finding more details of the chapter ten chapter of glitter, we will see the primary data. In the chapter, you will see essential enemy attributes and the recommended strength for the enemies. The enemy attribute named Wind has the standard power combat of 55,000 and hard combat power of 75,000.

There is a list of rewards and different character attributes associated with that in the game. Now, let us find more about such tips and other characters.

Changes from the chapter nine clear

There will be some changes to the liberation content from chapter nine, and there was a release of Daily Gacha and Daily Quest in chapter ten. It was released with the clearance of chapter nine. Although you have already finished chapter nine, you will not be able to play till you complete chapter ten. You can see Mama's room from the exit in the main quest door in front of the room.

You can collect five consecutive gachas for free every day is known as the Daily gacha. To get different types of gachas, players have to complete other chapters.

In chapter gacha of chapter ten, there are different pick-up items and the number of winners for each pick-up item. They are as follows, There are different places in the other quests of the blackbird. Now let us find more details about the areas of appearance of a blackbird in the game and the rewards you can obtain by collecting them in the game. Blackbird locations can be viewed from here.

When you play Nier Reincarnation, you will find strategic points. Like that, in that, there is a strategic point in the chapter ten Chapter of glitter. There are five types of equipping weapons to the players. You will notice wind type enemies here. If you have organized with weak weapons, then you can clear enough. This will be happening even though you are not up to the recommended strength. So, you have to equip the weapon with the fire attribute.

If you feel you cannot win multiple times during the game, the option is to increase your strength. You have to practice your character and weapons to enhance your strengths. Suppose you have strengths more than the recommended combat power. With that, you can complete the battle in auto mode without any issues.

Want to reroll the best? Then step onto our Reroll Guide. Nier Reincarnation is a game with different levels and strategies. The tenth chapter of Nier Reincarnation, named glitter, plays an essential role in the game. You have to collect crows or blackbirds in different quests. There are different types of pick-up items, and the game will appoint several winners from each item. So, read this article carefully and finish the chapter successfully.