Fate/Grand Order Free SSR Ticket - Everything You Need to Know

Stepping into the second half of its 5th year and celebrating reaching 17 million consecutive downloads, Fate/Grand Order Official English Sever (FGO NA for short) is giving out 1 FREE SSR pick ticket for all players that meet the game’s criteria.

This guide aims to inform you about what you need to know about the SSR ticket, the top 5 servants you should pick, to guide you to meet the criteria to get the ticket to pick the SSR of your choice, and to guide you on how you can keep the SSR servant PERMANENTLY. What is the SSR ticket?

First introduced in August of 2020 during the JP server’s 20mil DL campaign, The SSR ticket is a special ticket that allows you to TEMPORARY recruit 1 SSR servant of your choosing from a selected pool of servants. The selection pool is as follows: In order to claim the SSR ticket, you have to have cleared the first section of the second chapter of the main story of the game, the confusingly named The First Singularity - Orleans.

After claiming the SSR ticket, you will also have to fulfil certain conditions in order for you to keep your SSR servant PERMANENTLY.

How to obtain the SSR ticket

If you have played Fate/Grand Order for a long time and have cleared Orleans, the way to obtain the SSR ticket is to simply go to your mission tab > limited-time missions to claim the ticket, then go to the event section of the Davinci shop tab to claim the SSR servant of your choice. If you are a new player, you would need to go through the first main chapter of the story Singularity F - Fuyuki and clear Section 1 of The First Singularity - Orleans, then follow the steps similar to the one mentioned. As the event also gives 30 saint quarts (1 multi worth of summoning) upon first logging in, It is recommended for newer players to utilize LDPlayer’s multi-instance function to reroll for a good starting account. Once you have gotten the account of your choosing, go through the game’s main story to clear Section 1 of Orleans and choose your free SSR.

It is important to note, the SSR servant you get from the ticket only joins you TEMPORARY, in order to keep them permanently, you have to fulfil other criteria.

Top 5 servants you should pick for the SSR ticket

An exceptional pirate captain and one of humanity’s pioneers of the stars, Sir Francis Drake is one of the game’s best AOE riders, a perfect choice for new players who have trouble with farming.

Her NP, which deals heavy damage against all enemies on the field, coupled with her class as a Rider and her self-sufficient skill kit, allows her to quickly clear a wave of daily QPs farming and many enemy waves in general. 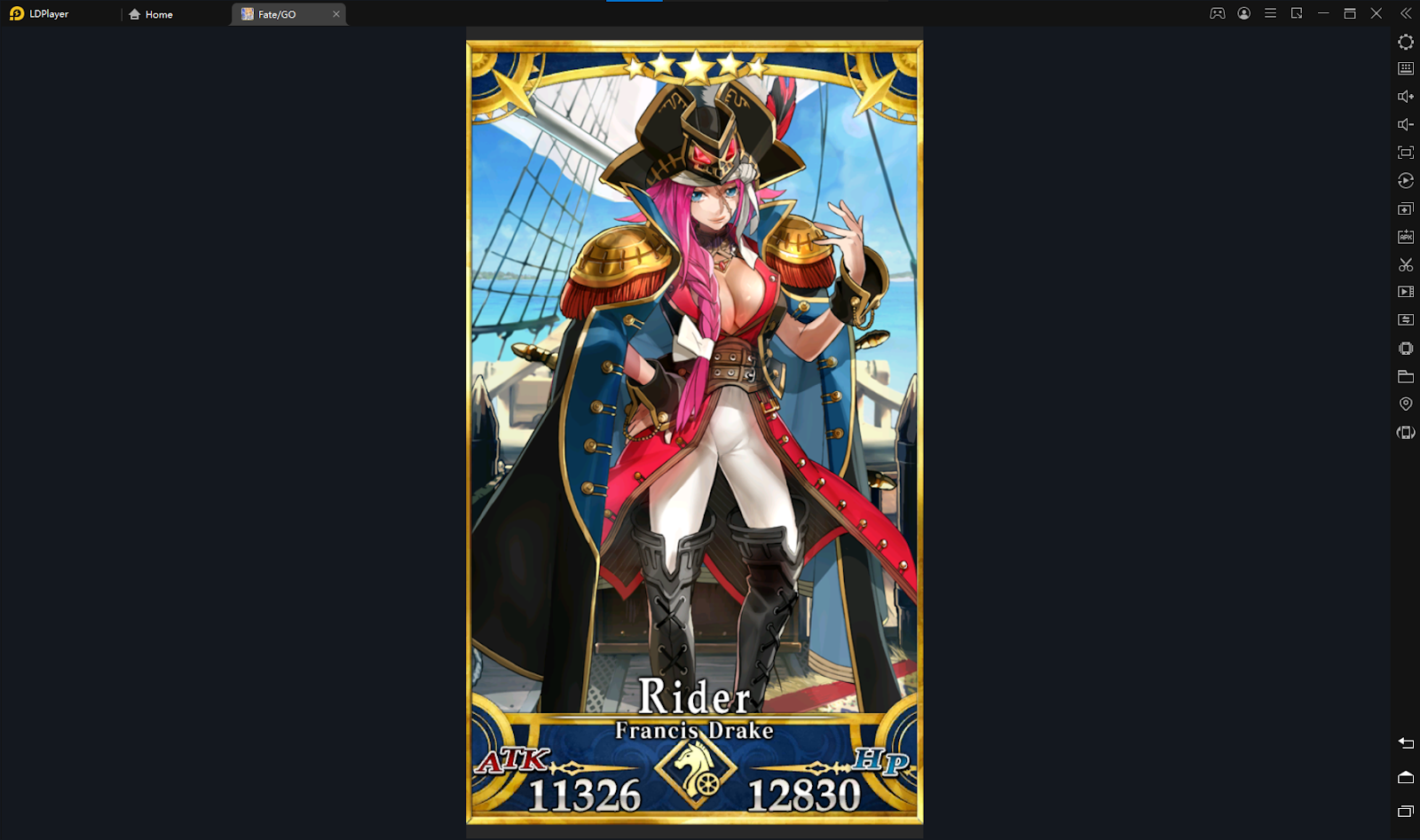 Once one of the most hated servants in the game and a notorious gacha spook, Vlad III is perhaps one of the most controversial but rewarding picks for newer players struggling with bosses.

While currently, Vlad III is not as good of a pick as other servants, in the next few months, he will receive many buffs that will make him one of the best ST boss killers in the game.

His NP, while lackluster at first, will become one of the best ST NP in the game after buffs, allowing Vlad to deal immense damage while helping him regain NP gauge to fire off his NP again. 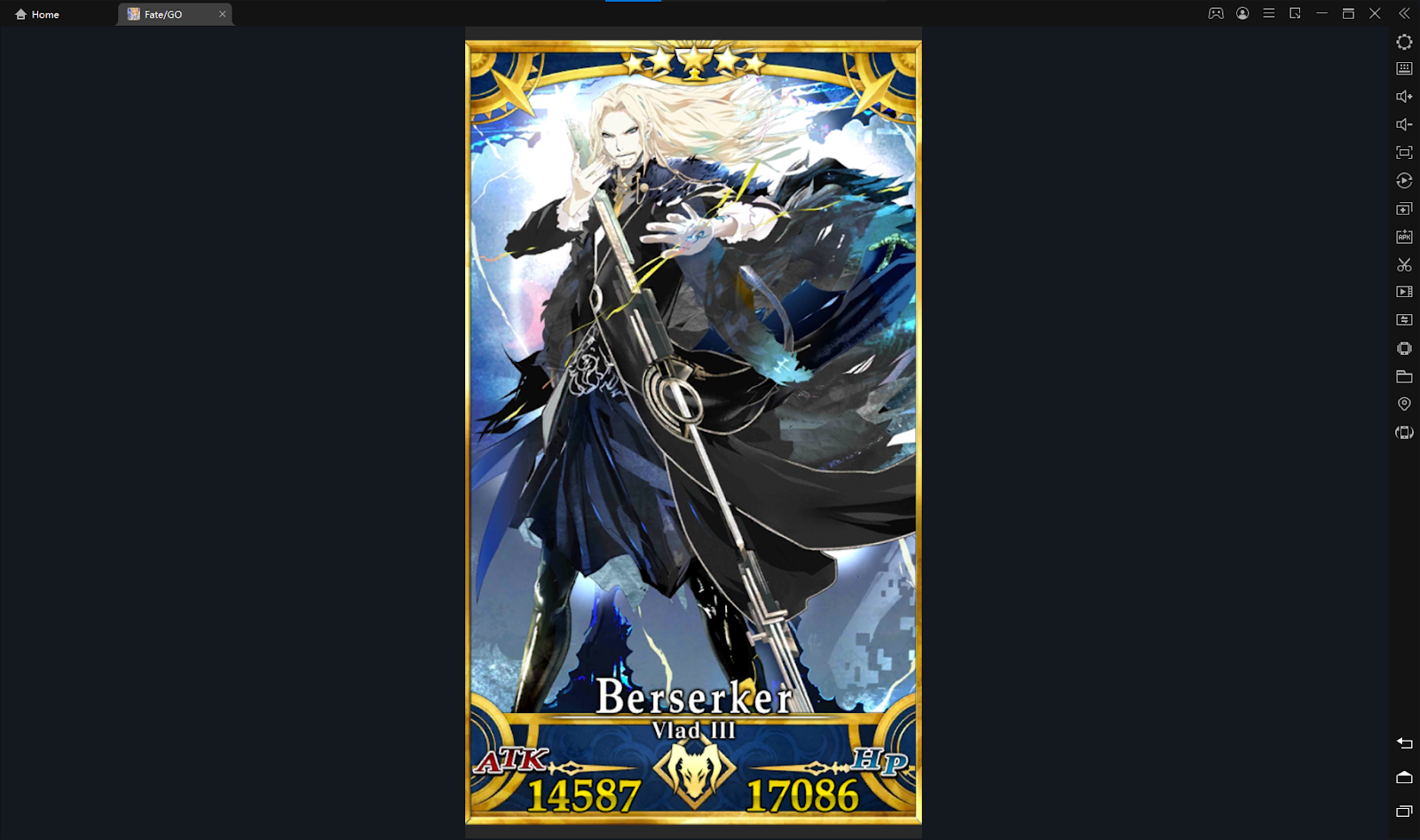 One of FGO’s original big 3 casters, Tamamo no Mae, despite better supporters being released, still remains one of the best supporters in the game and an amazing option to consider for the SSR ticket.

Tamamo’s skill set is supportive in nature, with NP damage up buff and an amazing 50% arts performance buff, allowing her to increase the damage output of Arts-based servants immensely.

Her NP helps heals, decreases skills cooldown by 1 and recharges the Np gauges of the entire party, making her one of the best supportive servants in the game for the more difficult and longer fights. 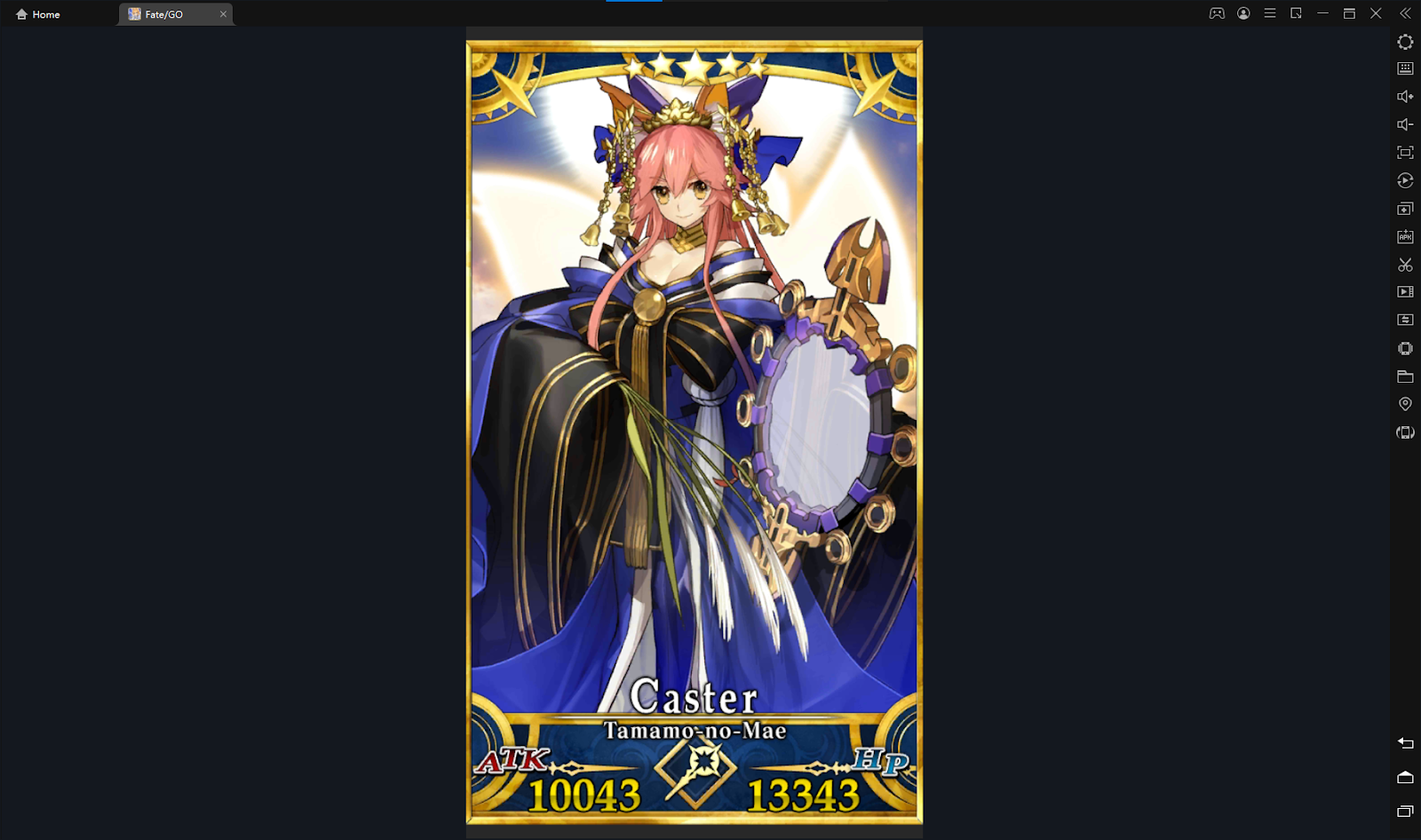 The first and original Saber, the face of the franchise, Artoria Pendragon is one of the best selection choices for the SSR ticket purely for her raw damage output and immense potential.

With a simple kit, with skill 1 buffing her atk, skill 2 buffing her Buster performance and skill 3 allowing her to have stars for her crits, Artoria seems to not be a good choice at first glance. However, once Artoria gets her 2nd and 3rd skill buffs in the future, she will become a crit machine that can bust down any enemies standing in her way.

Her NP is a simple but effective AOE buster NP, allowing her to clear a wave quickly and effectively. 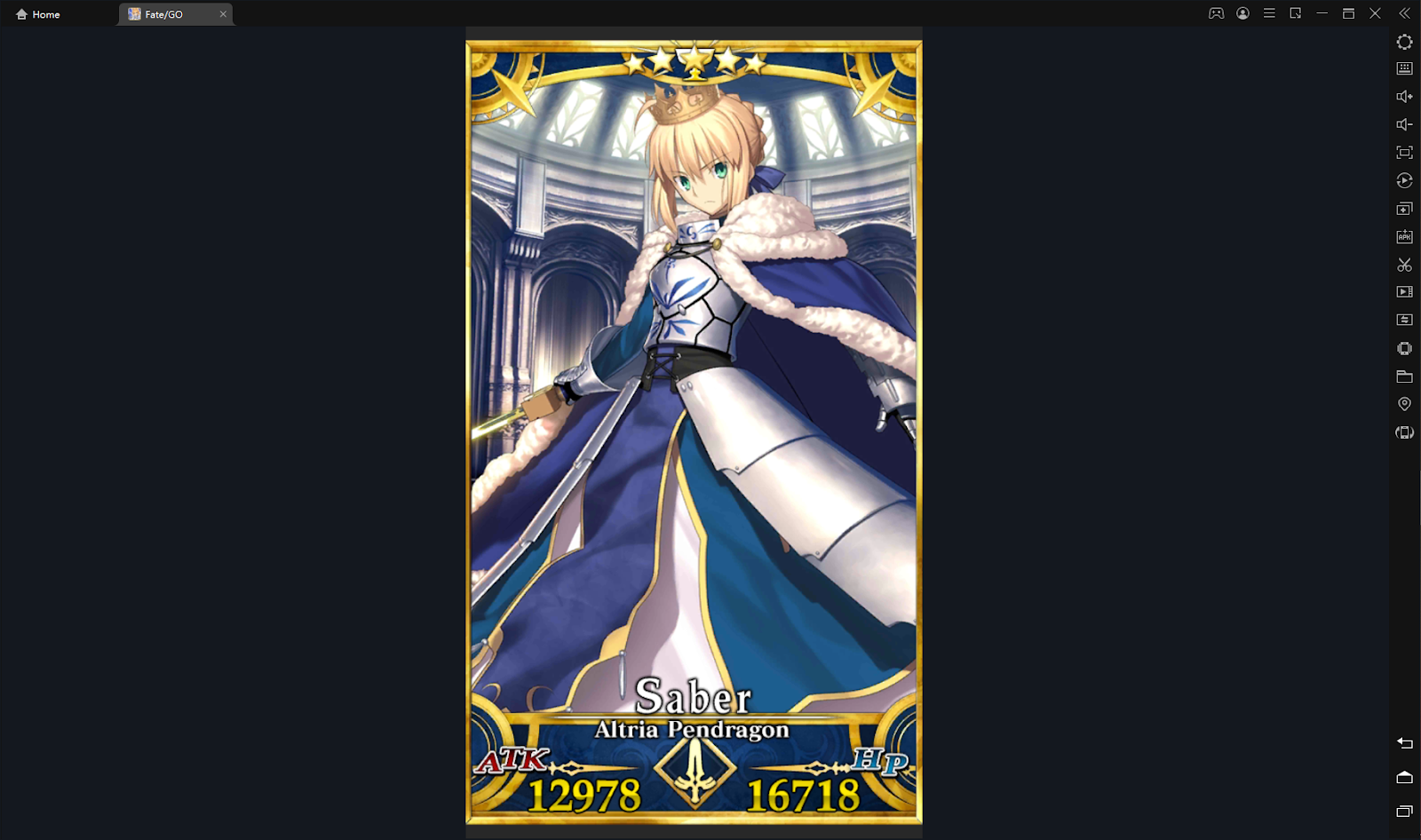 Zhunge Liang, commonly known as Waver, is undisputedly one of the best support caster in the game and one that you should have no matter what kind of servants you have.

Waver’s skill kit allows him to enhance the party’s attacking and defensive capability immensely, while also charging their NP gauge, allowing the entire party to fire off their NP early with boosted damage.

His NP allows him to hinder the enemies’ defense and potentially stun them for a 1 turn, further increasing the party’s damage output and ensuring the party’s survival. 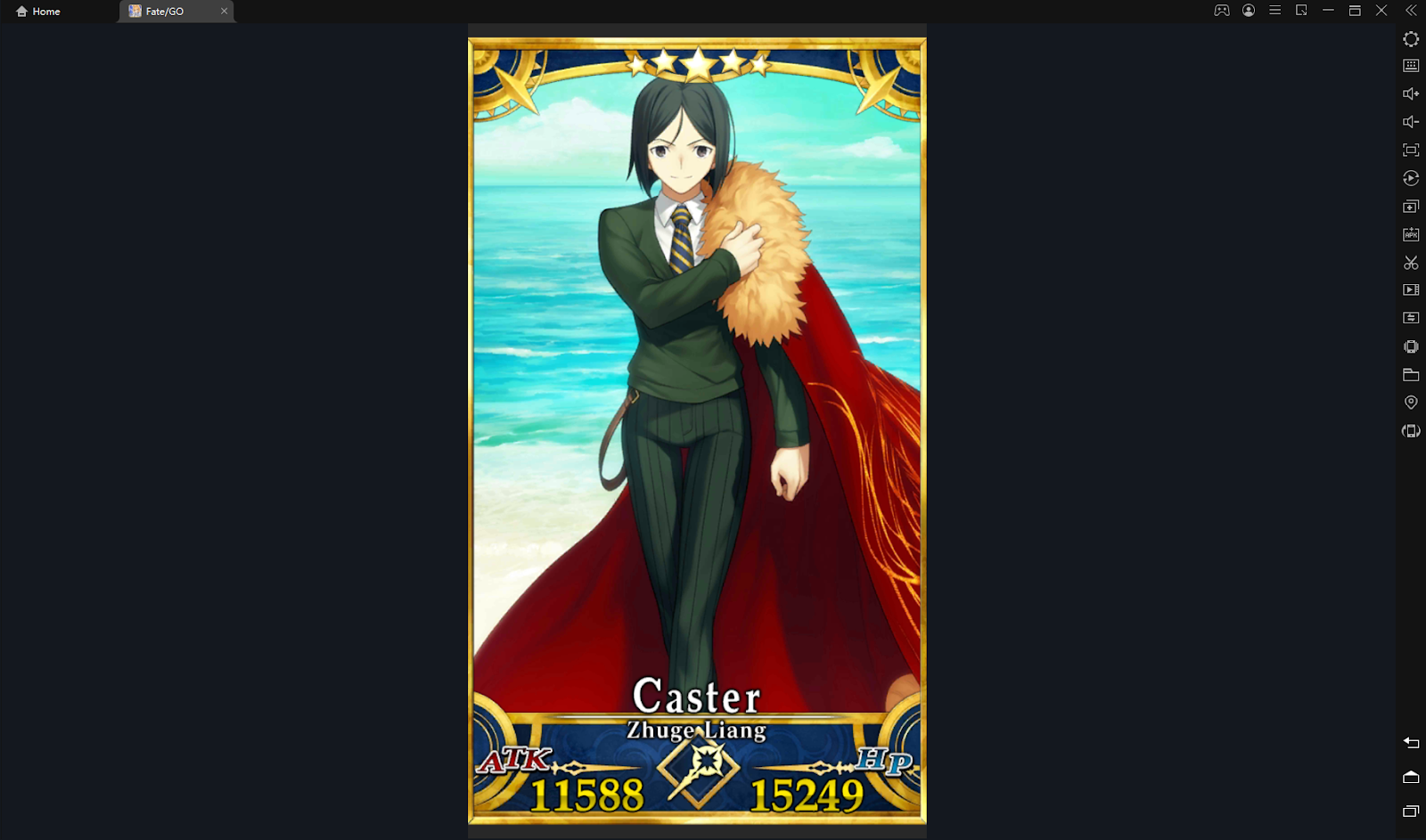 How to keep your SSR servant permanently

After spending the ticket and choosing the SSR servant, in order to keep your servant permanently, you have to fulfil 2 conditions. The deadline to fulfil the 2 conditions is until June 15th 20:59 PDT. After this deadline, if you have not fulfilled both conditions, the servant will automatically leave your party.

The first condition is to ascend the selected servant at least once.

You just need to ascend the servant once and the condition will be fulfilled. The second option (for new players especially) to fulfil the condition is to use the Special Ascension option in the Enhance tab. This function will automatically max out your servant into their Final ascension stage without any Materials, EXP or Qps cost. However, it is important to note, Special Ascension can only be ONCE in the entire lifespan of your account, so you should consider carefully before using it.

The second condition is to get your selected servant to bond 5.

A servant has a total of 10 bond levels and you can see your servants’ bond levels by tapping and holding the servant’s portrait. In order to keep the selected servant, you need to get the servant to bond 5 before the deadline. Once you have reached bond 5, the condition will automatically be fulfilled. Bond levels can only be increased by obtaining bond points through clearing stages in the game. You should use the macro and button mapping function of LDPlayer to map out your farming routine to maximize your farming efficiency to gain enough bond points to get the selected servant to Bond 5 before the deadline. 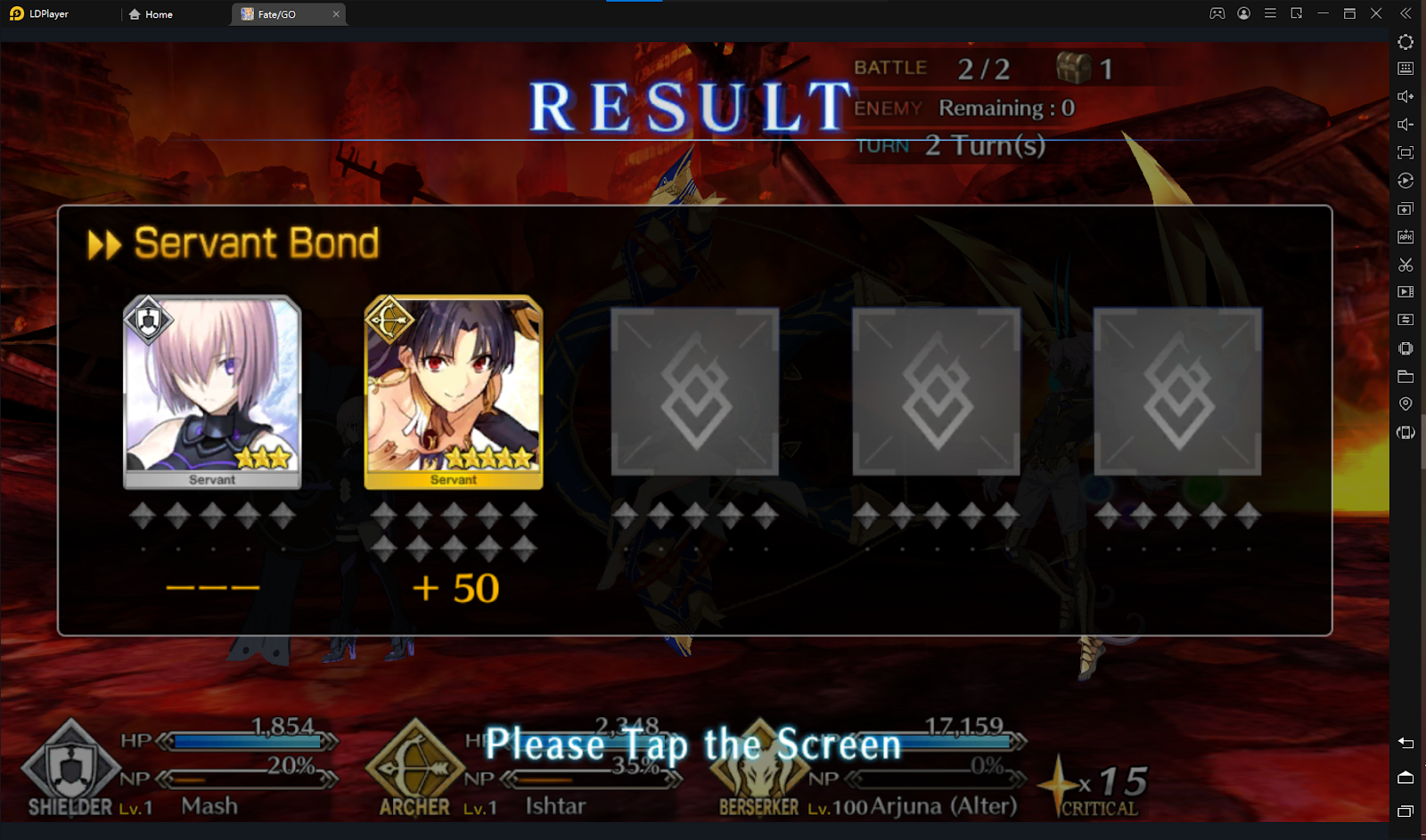 Once you have fulfilled both conditions, the SSR servant you have selected will automatically join your party PERMANENTLY and you can now use them without any worries of them disappearing.

For new players, starting the game from this specific event is extremely beneficial as the free SSR servant can completely help them progress much quicker in the game.

It is highly recommended that new players install and play Fate/Grand Order on the LDPlayer emulator.

Not only does LDplayer enable you to play Fate/Grand Order, a mobile game, on PC at 120 FPS, it also comes with many beneficial functions that will aid newer players in having an amazing start to the game such as: