Epic Seven has just released their March 25 Update, which includes a lot of content, including a brand new four-star hero, the Great Chief Khawana. The hero is extremely strong in certain situations with access to an arsenal of spells and skills that are unique. Coupled with a gorgeous art style and a bubbly personality, the hero is quickly turning into everyone's favorite. As such, here’s a detailed guide about Great Chief Khawana detailing everything you need to know about her. 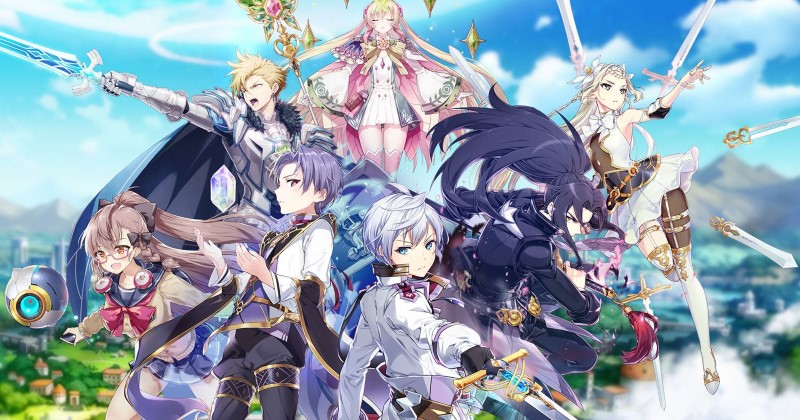 Before you start playing the hero, you should know everything there is to know about her, including her basic stats, skills, abilities, and lore. Understanding these particular factors can help take your gameplay to the next level.

After Malicus chose her in the Great Chief Exam, Khawana became the great chief. She has all tribes successfully into one unified Meldrec. However, the land soon falls into civil war due to Inferno Khawazu. Not once has she beaten Khawazu, and for that, she holds both great respect and a sense of inferiority towards him. 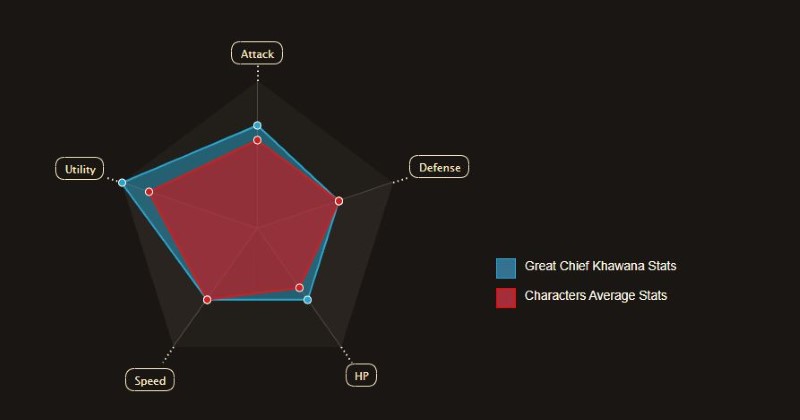 Here are the user and developer ratings for the hero: 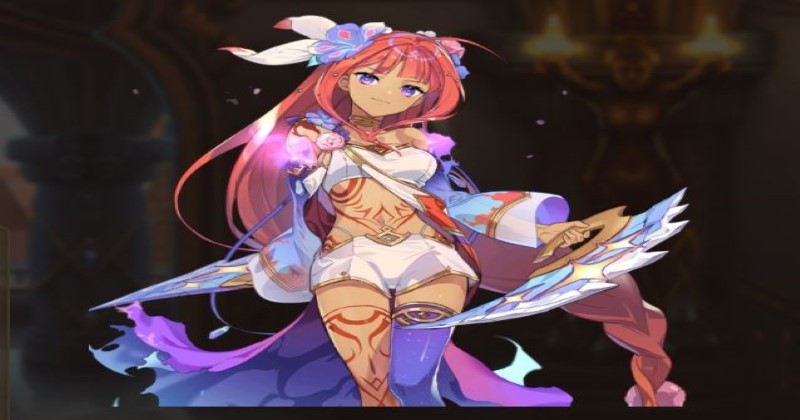 Currently, Great Chief Khawana is in kind of a tough spot. Simultaneously, she is quite easy to build since her passive increase her Crit Chance by about twenty percent (about 30 percent when fully skilled up,) allowing her to deal more damage. However, in most cases, her extra damage comes out from her passive only when the opponent starts with a Dual Attack. Combined with the situational 2-turn Restrict on her S1 ability also turns her into quite a good hero for Caides Hunt.

However, the Caides Hunt isn’t formed a lot since the sets are not so useful in most cases. While you are at it, you should also know all about pets in Epic Seven.

Artifacts are used to amplify a hero’s particular abilities. Great Chief Khawana has certain artifacts that are extremely good on her as they complement her skill set and kit well. Here are the best Artifacts for War Chief Khawna:

Border Coin is quite a useful artifact as it pairs up well with her S3. Since Border Coin now stacks whenever someone uses a skill that is non-attacking, you can cycle her S3 quite quickly. Since most of her damage is in her Skill one, this is quite a good artifact for many situations. 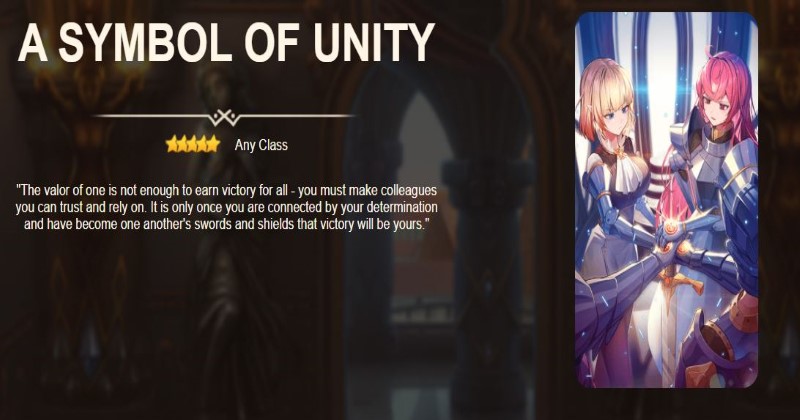 A Symbol of Unity is acquired in the Guild Shop. While the hero does not require Hit Chance, the artifact is a really good pick if you aren't sure of what particular artifacts you should use.

The artifact is somewhat usable on her since her first skill is a single-target attack. However, it is not the best pick for the hero. But, if you want to try it, go ahead.

Portrait of the Saviors – General Artifact:

The Portrait of the Saviors is excellent for DPS units. So, you can't go wrong with it.

The hero works well on Ancient Sheath. She can only attack with her first skill, which means it’s a pretty good pick for her as well.

As compared to other heroes, Great Chief Khawana has reasonable stats and is thus quite a balanced DPS hero. Here’s an overview of her stats:

If you have not awakened the hero, the hero's base stats will be a bit lower but are still quite respectable.

If you have awakened the hero, the hero's base stats will be a bit higher than the non-awakened one.

Each hero in Epic Seven has three skills. These skills can either be passive or active. In this special case, Great Chief Khawana’s First Skill, Vertical Cut, can be soul burned to apply extra spells. If you want more information on the mechanic, look at the game’s official skill multipliers page. 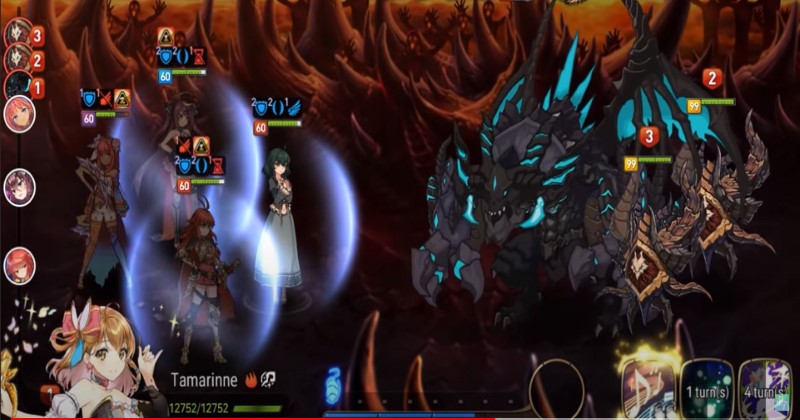 Motivation is a Passive that increases Critical Hit Chance by 20%. Moreover, whenever any Dual Attack attacks an Ally, it increases the caster's attack by 15%. It can also increase the attack effect, which can stack up to 5 times.

With a cooldown of 5 turns, the ability releases power to dispel two debuffs from all allies in the game and grants them increased speed and a barrier that lasts two turns. The barrier's strength is equally proportional to the caster's attack turn. It also grants her an extra turn.

As soon as you start, you should focus on getting her second skill up for the extra critical hit chance and the third skill for its general cool down. If you want to increase DPS, focus on the first skill then.

Awakening a heroin Epic Seven requires a certain amount of materials. Do note that awakening is a permanent upgrade and will not be altered after. Here are the materials you need to awaken Great Chief Khawana: 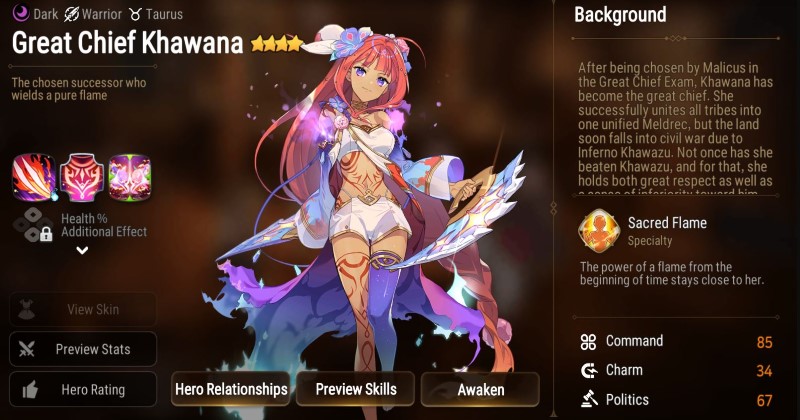 Building Khawana to a high crit rate is quite simple. Since her Crit Chance is quite like Lena’s, here is how you want to build her in most cases:

Do note that this build is majorly used for Caides Hunt. If you are not using her for this particular game mode, you just put her on 100% Crit Rate and not change it at all. Moreover, try keeping her on 10,000 HP so that she doesn't get a bit too quickly.

Great Chief Khawana has a few advantages and advantages just like any other hero in the game. Her few advantages are that she has a Dispel on her third skill that works for all her allies. Moreover, she can also restrict her first skill while her second makes it relatively easy for her to get a 100% Crit Rate. Moreover, her Spell 1 multiplier is not relatively bad.

When it comes to her disadvantage, she is a hero mainly meant for only one game mode, Caides Hunt. She also has only one damage skill with a 2-turn restrict that is only active if she attacks a Light unit. Moreover, her Second Skill's activations are pretty bad as it does not suit her in every conflict. If you still are not convinced with Great Chief Khawana, here is the Epic Seven updated tier list you should also check out. 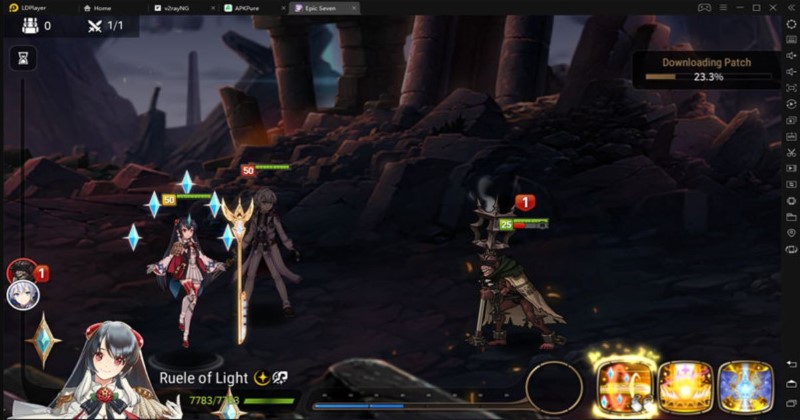 Epic Seven is an RPG game that requires a lot of strategies and critical thinking. As such, it features tons of different features that allow you to play the game at a faster pace. One such feature is the ability to completely remap your keys and change your binds in Epic Seven. You can go to the toolbar and enable keyboard mapping settings to let you see a panel with several icons that lead to different actions.

Epic Seven has been garnering constant updates for the past few months. Its latest update has introduced Great Chief Khawana, who is quite a popular hero. This guide should help you conclusively understand everything you know about her, including some pivotal information. As the meta changes, her build might fluctuate here and there. However, in most cases, you should expect her to remain at the same place since she’s quite a solid pick in some particular game modes.