Welcome to the Counter Side game with another game guide. This time it is for the gears. Saving humankind and their world against extinction will never be easier, but you have to try your clever counter on the gameplay. This RPG is dedicated to urban fantasy and takes your fight against corrupted objects as well as extinction. 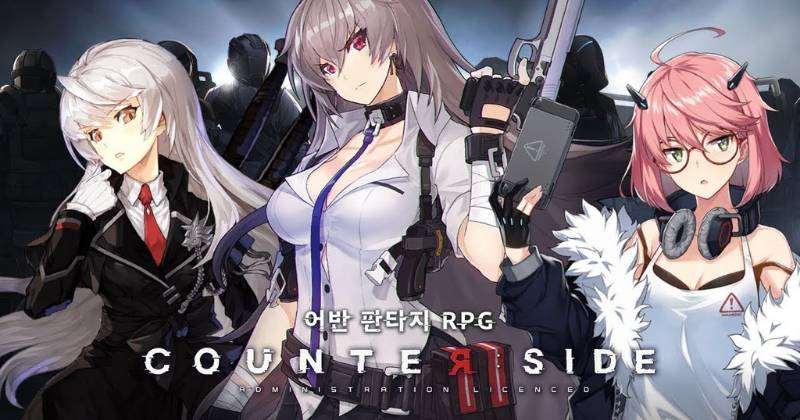 So as a boss in this game, you need to recruit the best counters to the game who possess excellent powers, and you need to take control of your world again. By having a test for your knowledge, you are being recruited to the game, which is not just enough for the game. You need the assistance of the best gears on the game.

So today, we are bringing up the newest gear guide for the players to be useful in the gameplay. So download your Counter Side on PC, and let’s start the battle.

Gears are known as equipment or weapons. They are helpful to the players to play well in the game. If a player can have a good set of Gear with his equipment set, he will automatically skilled to have better gameplay with the battles.

Normally the Set options are the best and the most important gears to be earned by the players. Cooldowns are also another best option, and Shadow Hall sets are for the dealers, and they are the raid sets for the supports and tank.

There are several types of equipment/gears are available on Counter Side as follows.

There are five from the normal equipment as follows.

Players can take this equipment through crafting or by the item dropping. You can use HP, Cooldown, and EVA sets into this and making it empty the slot.

These are the Superconducting series in the game. You are allowed to take these molds through purchasing points of the raid from the shop. And then you are allowed to craft. The first option to get this Gear is the critical damage fixed, and use taking empty slots can be done by using EVA, HP, and the cooldown set.

These are the Spectral series. Taking molds can be done by purchasing the shadow points through the shop, and then you can craft. Remember that Shadow Hall is not yet available in the SEA. There are different sets of options to this equipment, and they are coming with several sub-options. This equipment can be identified as the best one for the dealer.

These are the season equips, and they are the best set of equipment you will get from the Events, Gauntlets, and support battles. 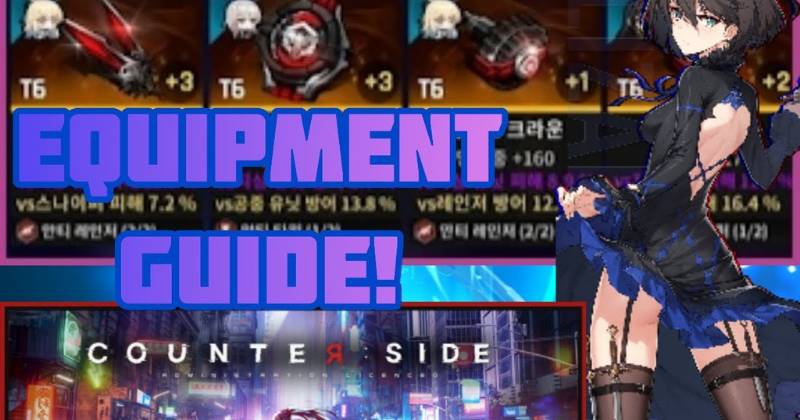 This equipment is only for the above level 100, and you will be enabled to get them through the counter case.

How can a Player Read Options?

Equip rank is at the background color, and some of these set options are set for only available to the SSR, and SR Equip Tier is coming with T1 and between T1 to T6 are the highest tiers, they will be the most usual stats on the game.

Equip upgrades are available from 1 to 10, and 10 is the maximum value. Players will be recommended to earn +5 as the best. You can also go to the 10+ at last, but know that +6 and to +10 are lack with their efficiency.

In some cases, players should use low-tier equips to activate the set options.

Priority for the options will be coming under two categories.

These sets are enabled for the players to get through the Shadow hall. And also, these four types of set options are only available in the SSR and SR.

As we mentioned only the good set options, it doesn’t mean that there are no other set options. For example, there are also set options of anti-ranger, anti-striker, anti-defender, anti-supporter, anti-siege, CRIT, and ant tower will be available in the game.

What are the Best Sub Options available?

If you are a dealer in the game, you can use the Chain, Spectral Bullet, Spectral Blaze, Cooldown, or the Spectral Spirit game. Tanks are being useful with the HP of DEF. Cooldowns are the ones that will be dedicated to the supporters.

How to Earn the Equipment?

Click here to know which characters are the best and how you can reroll the best ones through LDPlayer.

Counter Side is growing up with the battles in it, and the most important things to be needed in the game will be equipment. When that equipment is handled correctly with your characters, you can take the best advantages from the game, making you so much power against the enemies.

So take a look at these all gear guides and make a clear idea on which set would be useful for you in the game. And deploy them to get a most advantageous situation on your gameplay.