Counter Side Reroll Guide & Reroll Tier List Who To Pick

Counter Side, the excellent RPG, is now in action worldwide for gamers. It has not taken so much time since it was released, and already this game has a huge concern within the gamers. This can be identified as a real treat and turned up to be a fantastic RPG game to the real gamers. You are being the boss in here and will meet the monsters who are coming from another world. You need to fight with them to protect your humanity and save the world. 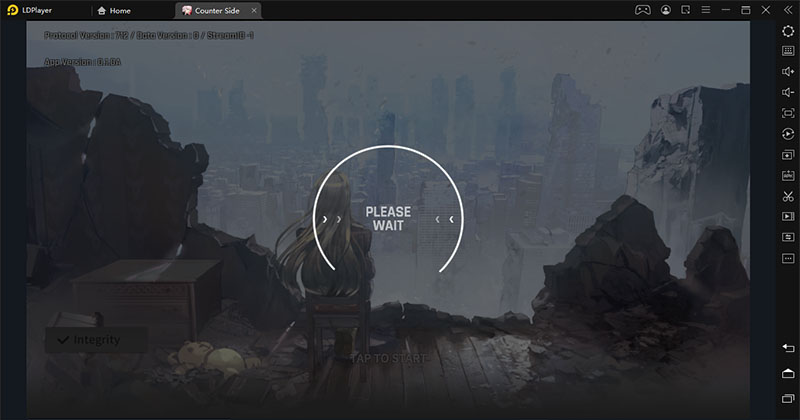 These monsters are not the easiest to handle, and it needs to have some impressive team to deal with significant damage to them. As each of these characters is processing some unique personality and strength, having them most strategically would be beneficial for you to increase the gameplay. For beginners in this game, it must be so hard to put a strong team together. So they should know about the characters.

So today, we bring you about the tier list of this game, and we are going to know how a gamer can reroll to earn them and who the best ones to pick are. So download Counter Side on PC. Let’s start our reroll guide.

In any kind of RPG game, there are tier lists divided according to their skills and powers. 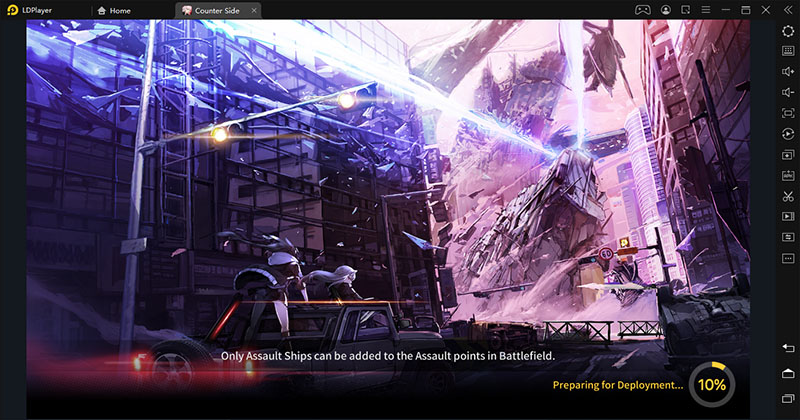 That is the same thing applied to Counter Side as well. IN RPG games, these tier lists have different abilities and personalities within them, and they are always going to rank from the powers they have. Some of these units perform powerfully to have a victory, and some are weak from their powers.

Each tier list has a specific role to perform in the game, and their skills and powers will be various from one to another. There are always particular heroes that you have to use on special occasions, so you need to identify each tier list separately to use them on the right occasions within their powers.

In Counter Side, the tier list of it is made out of the KR version, and each character’s ranks are coming along with the tiers. In Counter Side, we can see five-tier lists that are placed from most effective to the least. They are as follows. 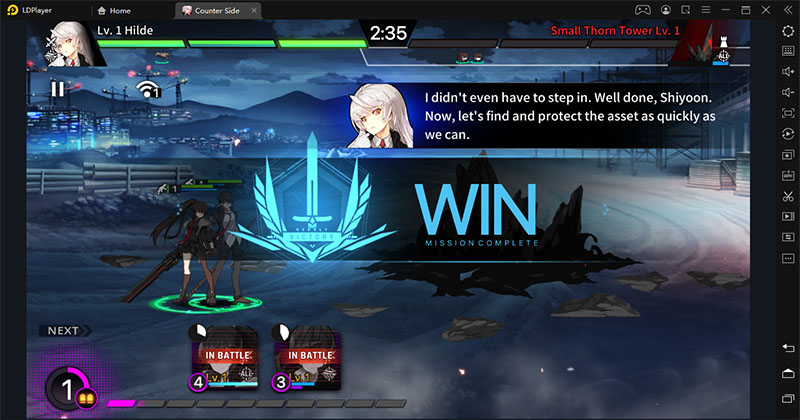 As with most of the RPG games, Tier S is the most effective one in the game to have a quick victory. Heroes coming under this tier are super powerful, and they perform best against monsters. These heroes can deal with every challenging situation in the game as they hold the most potent skills. So it is better to make this tier your priority in the game.

Tier A is the next powerful hero in this whole game. They are only second to tier S and can be considered the next best heroes before the S tier heroes. Tier A heroes also have super-powerful abilities to deal with the most powerful opponents in the game.

Tier B heroes can be identified as strong heroes who are not equal to the powers of A or S. they do have some strengths, but these tier B heroes would never be effective as S and A heroes. But overall, if there is no chance to obtain super-powered heroes in Tier S and A, you can consider taking these heroes as they might be helpful for several situations to win by hard fighting.

Tier C heroes are ineffective than the other previously mentioned tiers because they hold low powers. But these are situational heroes. They might be helpful for certain occasions, like at the beginning of the game.

Tier D can be identified as the worst heroes in Counter Side, and compared to the other four tiers, these heroes are not holding any kind of powers be helpful in the game. They are pretty low strength to the game and try to obtain these heroes from rerolling as they will not be beneficial for you.

Heroes are coming through 4 tiers. 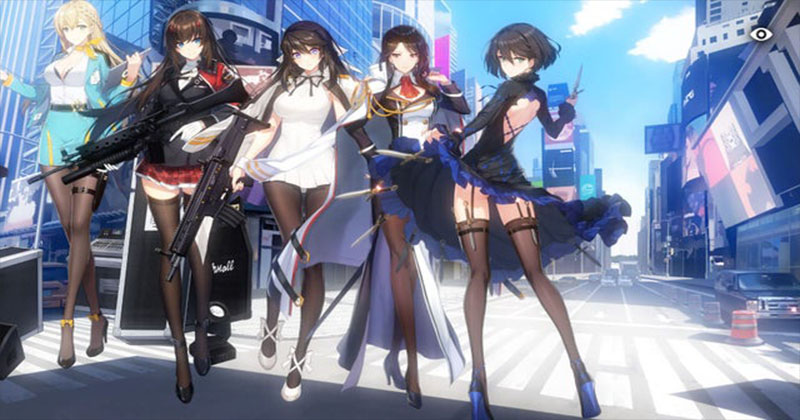 Employee Types of Counter Side

In the game Counter Side, there is a dividing index that we are using to separate heroes from their employee types. There are four employer types in this game.

Counters are the highest deployment cots taken heroes, and they are using the ultimate skills and the specials.

Soldier employees are the men in arms. These soldiers usually process some stats within them and come to the battles in groups.

Mech is known to be a combat weapon, and we can see they are equipped with some AI skills. These heroes hold the highest basic stats within them, and they respond to the enemies quickly.

Those who do not belong to any of those mentioned employee types can be taken into this group.

Each hero on every tier is divided again into roles depending on their core skills. Based on the class, heroes can perform either healing, defending, or fighting powers. So a role is something that divides heroes from their functionality game. Every hero in the game will operate according to the skill they have been mastered from the role. There are six different roles we can see in Counter Side as follows.

Rangers are the heroes who have been specially designed in combat-oriented to the game. So they are beneficial for surviving in the game, and these heroes are the best ones you can use to engage with battles. They can be identified as the ones associated with nature, and rangers are the wises, cunning, and perspective heroes towards the skills they hold. They have the highest critical attacks and need some protections to engage in battles.

Snipers are specially oriented with gun skills to the game. Their aiming is the best compared to other classes, and these heroes are the best at handling gun powers to the game. These heroes can also be called the firepower supporters to Counter Side and have some high ability on hitting.

Strikers are the ones who take advantage of the elements in the game. Their powers are befitted through the elements, and they used them to attack the enemies. Striker is called an outrider, and he is disrupting the enemy lines in advance. These heroes have the best evasion skills and hitting with them.

These are the supportive units in the game. Heroes coming under this class are skilled enough to support the other units in challenging situations. These heroes are the ones who heal the team members when they get injured, and they can also weaken the enemies.

Tower & Siege unit is responsible for charging the bosses of enemies directly, and they can be known as a stationary unit. You can use this unit to create base protections for the team.

Defenders are well known for protecting the allies of the team from the front lines of opponents. These heroes have some essential defense skills.

Characters of Counter Side based on the Roles 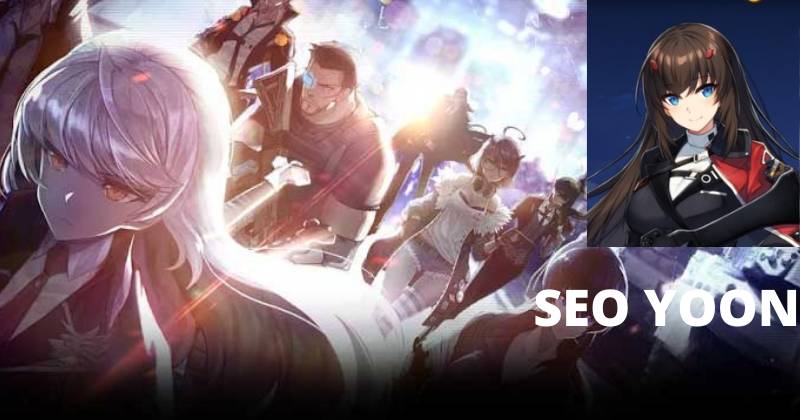 Who Should You Pick – The Best Heroes in Counter Side

On the Counter Side, you should always focus mainly on selecting the heroes from top tiers. We will always recommend you pick up a hero from the S tier as they have the best and most powerful abilities in the game.

These are the best heroes you should prioritize within the game.

If a player needs a versatile player, he should pay attention to Kyle Wong as his priority. Kyle Wong is a counter which is available as a top-tier hero, and he is versatile for most of the occasions in the game. He has some effective gears to be used in the war to be the best pick-up from summons.

Yang Harim is another powerful counter available in Counter Side, and she has the most powerful attack system with her. It will not be the only power she holds, and Yang Harim is full of debuffs and shields.

Seo Yoon also another top-tier hero, and she is firing her attack by using a gun. She is the one who is ideal for destroying any enemy in the jiffy.

Use Xiao Lin for firing targets powerfully with a sniper. She can cause some significant AOE damages with her ultimate skill.

Evelyn would be the best healer to available in Counter Side

Other than these heroes, you can reroll Sylvia, Lin Xian, and Kim Sobin as well. Those are also great counters and will be very useful, just as Evelyn does.

Also, check out our SSR hero guide to know who will be the most useful through the game to earn a quick victory.

How to Reroll Heroes in Counter Side

How to Reroll to the Best in Counter Side through LDPlayer?

RPG games are set for a system of rerolling to take the most wanted heroes for the gamers. Through this rerolling, players can earn their best heroes by pulling some summons. But the thing is, these games have fixed a time for each reroll, and once you engage within one, you will not be able to do it for some time.

So this usual rerolling method is somewhat annoying, and it takes a lot of time from the players. And also, there is no guarantee. We can’t always expect a top-tier hero from this usual method, and it is something we should repeatedly do until we take a hero we want, no matter how time passed. So with LDPlayer Multi-Instance Sync Feature, you are no longer be annoying. This feature will let you copy several copies from your original emulator and perform rerolls from every clone you made. So you can reroll until you earn the best hero, and no disappointment or time is taking a left.

Follow these steps to earn your best hero from Counter Side by LDPlayer. 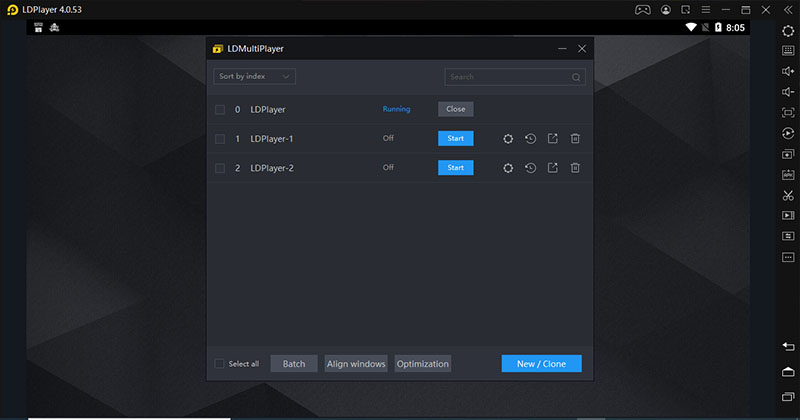 Counter Side is a game that has taken popularity as an RPG this year, and you should know how to handle the game through the best heroes. So take a look at this tier list and decide on what hero you could go with the gameplay of Counter Side. Best choices will make quick victories.

Counter Side Coupon Codes for June 2021