The Android world is not as small as you think because it grows daily with so many things added to it with many genres. When it comes to the gaming aspect of the Android, this shows a huge increase and a development because every month, numerous game developers are approaching the market, and it always slays with more titles. And this collection is so big making us fall and find it hard to find one of the best new games on Android. 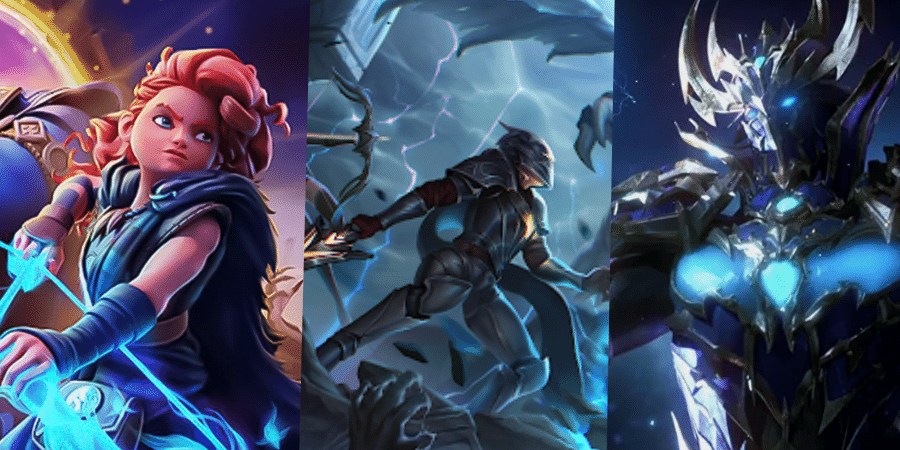 You might be a player who loves to enjoy a more classical theme. And at the same time, there will be players who have a huge love for their actions. Some players love to engage in MMORPG, RPG and shooting gaming. So we all have different tastes, and this android market comes with a huge collection of games that can be matched everyone’s taste.

So, we made this guide to make your selection a little bit easier, and through the best new games on the android guide, we can make that bigger pool into a few choices. Let’s start.

Disney Mirrorverse has just launched to the gaming world, and it has passed some days after its first launch. It has already proved to the world that it comes with all the qualities you seek in an android game. And that is why this Disney Mirrorverse is the first selection for our best new games on the android guide. 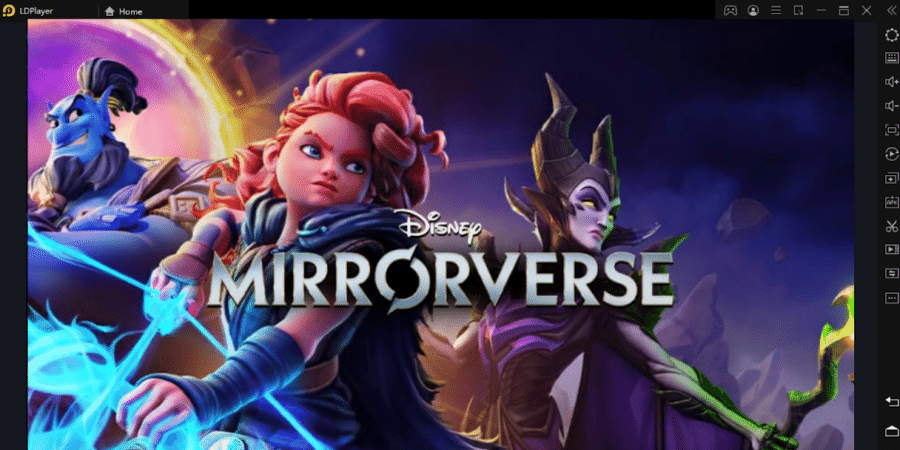 This marvelous game can take you through so many Pixar and Disney characters, and it will recap so many old Disney stories to give you a nostalgic feeling for childhood with many RPG mechanics and with actions and events to make it truly enjoyable for the players. If you can take the Disney Mirrorverse on PC from the best emulator, LDPlayer, which will be your wisest choice for this gameplay as it has features to set shortcuts and enhance your gameplay with the easiest choices made.

Diablo Immortal is one of the best new games on Android launched this year with an exciting game plot and gameplay. From the first time it launched, it managed to beat down most of the currently popularized games with its huge demand. 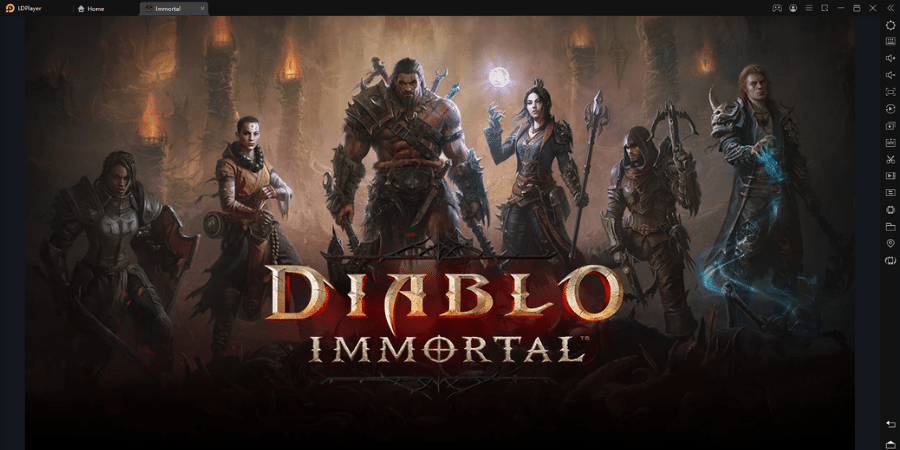 It has excellent combat and an inspiring story. You may find it a lot of hard work to grind the best gears in this Diablo Immortal game, but it doesn’t make you lose the excitement this game holds because it has many other features included on it to make it perfect gameplay. We suggest the Diablo Immortal on PC with the LDPlayer as it is the only option you have to advance the gameplay of such a beautiful game like this.

Here comes our third pick for the best new games on the android guide: Catalyst Black. This third-person shooter game became a very successful MOBA game in a very short time as a project brought to life by the Evil Megacorp. Two different genres are here, which will combine both shooting and MOBA game aspects into one. 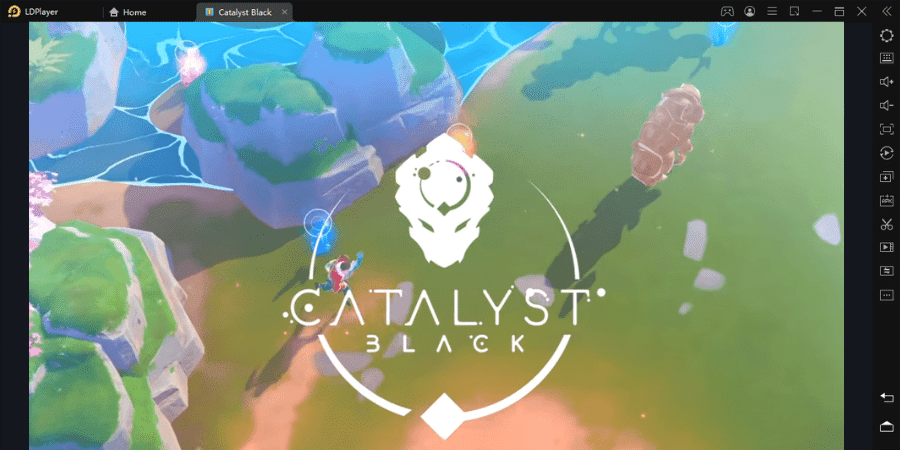 We get bad guys, some powerful bosses here, and we should level up the gears next. And then, bad guys need to be shot along with the bosses. Suppose you have a desire to make your shooting perfect. In that case, Catalyst Black on PC with LDPlayer has to be taken into consideration with the best Y Sensitivity adjustments to make perfect shooting.

This is a newly introduced battle royale game with a twist made for the elements, and we see millions of downloads taken for this game over time. And that is enough for Apex Legends to be mentioned as one of the best new games on android. This game is identified as a perfect battling royale feeling and it will be mixed so interestingly with supernatural skills, various characters, the best settings, and 3v3 competitive combats. 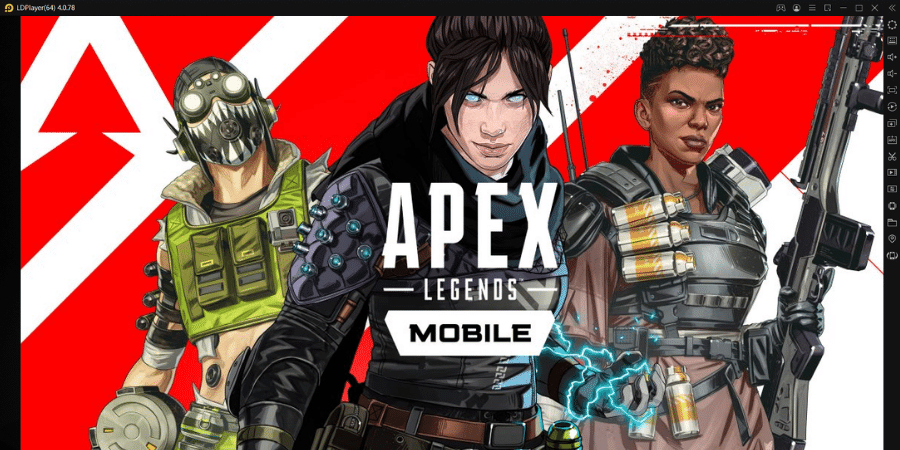 And for competitive combat, you know where to stop for some advanced skills. It is the best emulator: LDPlayer for Apex Legends on PC.

This game is more similar to the Azur Lane game and comes as the next pick for our best new games on the android guide. So this is an RPG game with so many characters, and it is better to call this a gacha game with pretty interesting combats to participate in as well. So if you ever wanted to feel the same gaming experience that you have enjoyed by the Epic Seven or from the Azur Lane, you got a choice here. 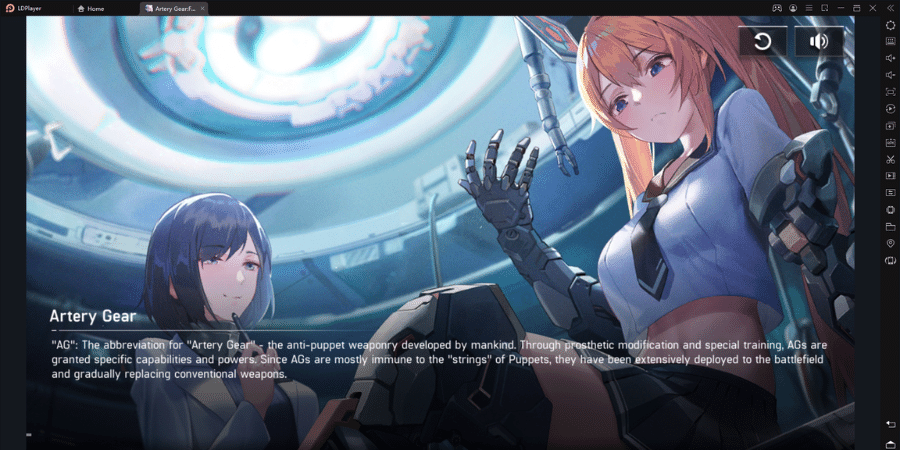 Artery Gear: Fusion comes with a full-on war story, and we have many characters to utilize for our combats. We have some perfect optimizations provided to you by the LDPlayer. You don’t have to worry if the game is slow loading and instead go for Artery: Gear Fusion on PC with the best free emulator as it is the option you have right here to give you optimized gameplay with the best features.

MU Origin 3 comes as the best game of the best new games on the android guide, and this MMORPG game is so special because of its greatest potential. It has many combats featured on the game with many inspiring visuals, and you can take the story along with several side quests. And we can gain the levels by finding the loot here. 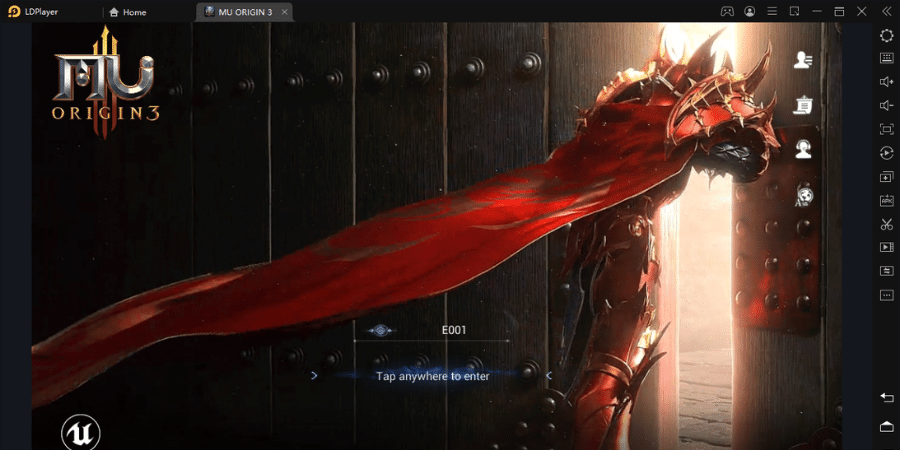 MU Origin 3 comes with a 3v3 PVP mode which makes you test your skills with the best mechanics, and there are these auto battling and auto walking modes as well. Many players engaging in MU Origin 3 gameplay see that the game is somewhat hard to operate on low-end devices, but with MU Origin 3 on PC with LDPlayer, you don’t have this issue anymore.

This is the next pick-up for the best new games on android. Dislyte game will take you into a futuristic setting world within an urban mythological story, and we get to battle with monsters here. The story is very pleasing and aesthetically enjoyable here, and assembling our heroes and saving the world is what we must do in this game. We will assemble our own team and battle against the enemy. 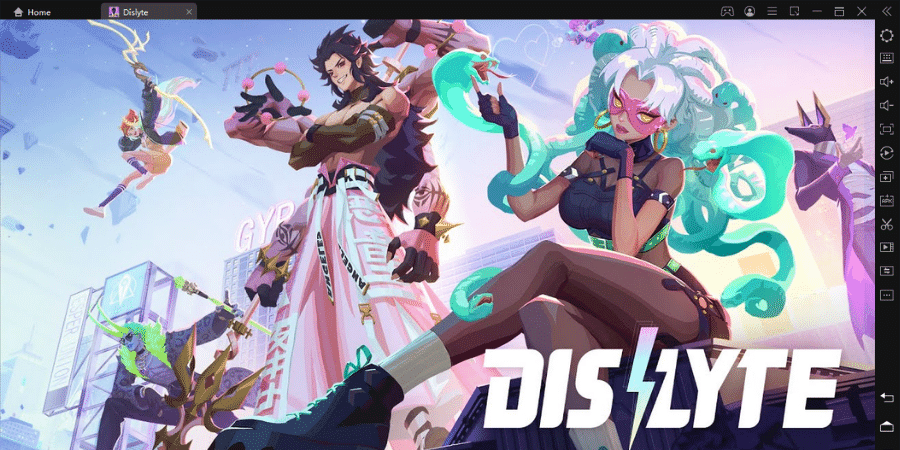 If you want true inspiration and genuine flexibility with this game, our suggestion is for the Dislyte on PC with LDPlayer, which will optimize your gameplay the way you want.

This one is a newly introduced game that we can put into this guide as an RPG, but it already has millions of downloads. There is a mysterious land, and we need to complete the missions with our heroine with so many epic adventures as well. You will get to experience more thrillers in this game’s battles, and it has more diversified gameplay oriented toward the future. 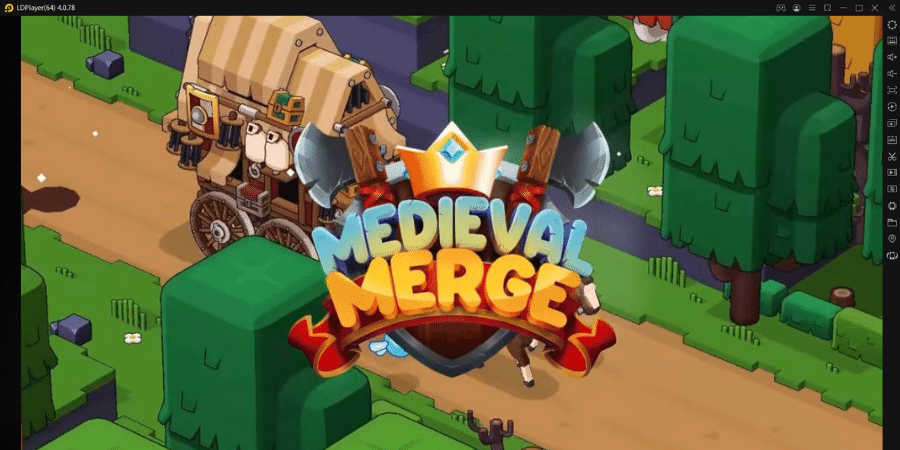 Take the Medieval Merge: Epic RPG Games on PC with the best support from the LDPlayer as it is the best way to advance your adventure with the easiest and smoothest skills.

Lost Shadow: Dark Knight is a game that is filled with a lot of slashing mechanics, and it comes as an RPG game with a 2D side-scroller aspect. So it comes under this guide for the best new games on android. We have quests to deal with and save humankind from this world, and you don’t get to experience a complex level of gameplay here. It is all about going through levels and defeating many bosses and bad guys to defeat here, and just as simple as you get to experience in the usual RPG games. 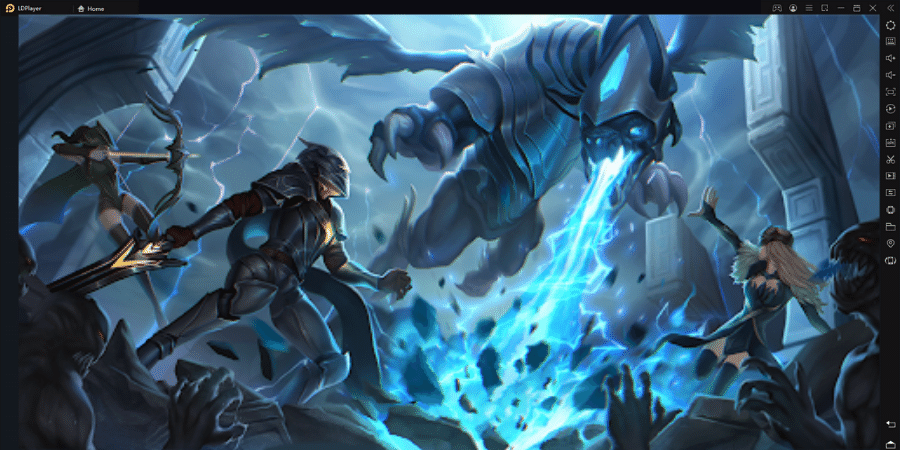 To get stronger in this game, we need to deal with more levels, and you can take that strength to deal with levels with the best android emulator: LDPlayer, as it comes with the smoothest options to make your gameplay better. So take Lost Shadow: Dark Knight on PC with your best chance.

And we have made it to the last pick on our best new games on the android guide, and the last place on the list goes to the Kingdom Maker. This is a free-to-play game, and you can guess by its name. You will experience a kingdom-building game here, which is also pretty much similar to all other strategy games. You get a kingdom here and will also be provided with an army. It is now your duty to do some level-ups for this force of army as well as for the kingdom. Pretty much a common scenario you see in a strategy game, right?

For better combat in the game, take our invitation to play Kingdom Maker with advanced controls with LDPlayer. 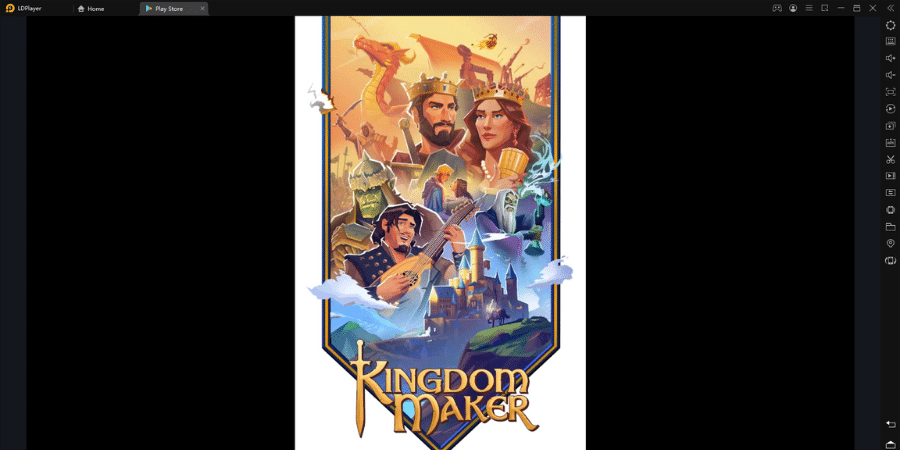 And this marks the end of our list of best new games on Android that you can play on your PC for this month, and if you really want an enhancement for the game, now you know what to do. You have a perfect solution from the LDPlayer too. So don’t just sit and wait until you see the perfect android game to play on your PC.