Disney Mirrorverse is now out for the world, and it is a fresh experience to try all the gacha-related actions with the best offers. Right after the release of the Disney Mirrorverse, it captured multiple players' hearts, and the huge fan base it has right now proves how well it managed to capture the gaming world. There are a lot of things to learn about this game, and one of the crucial factors would be its characters. And these characters can be earned by the summoning system of this new game. 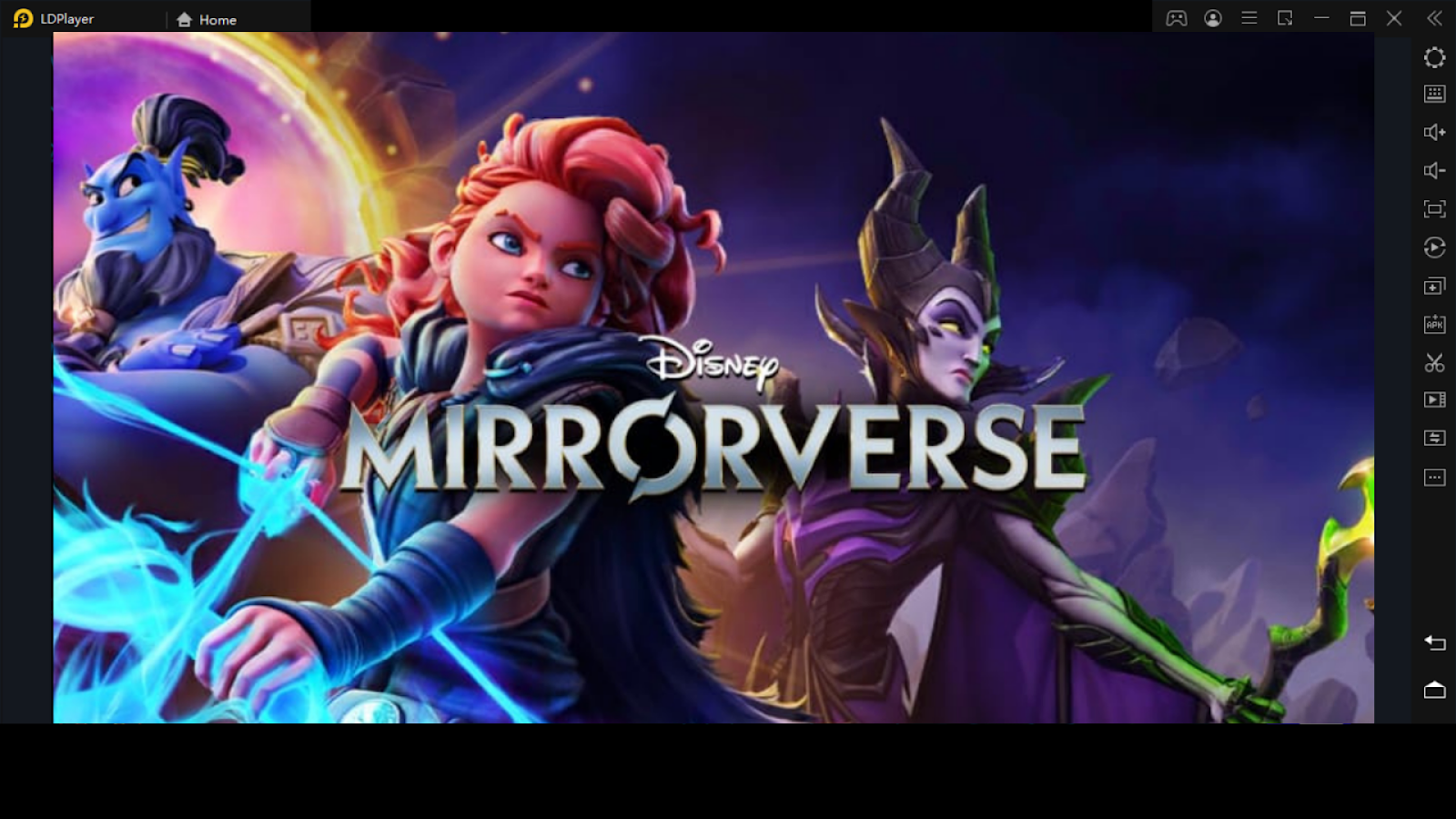 It is not always easy to start this game with its gameplay as it comes with some heavy factors to learn, and in the latter part of this game will also be somewhat overwhelmed. There are so many elements to be learned gameplay-wise, and one of the important elements, as we said earlier, is the characters. Since characters are also coming with both good and bad traits, you need to focus on some specified heroes to choose from and some other heroes to avoid.

It is a must to mention that this game is coming with so many characters in its character roster, and you need to know what heroes to pick for a greater start. This is a must in this game, and that will be the major factor that makes you crawl through the gameplay until the end. Since there are some heroes who will show some disadvantages compared to others in several stages, it is a must to reroll for the best hero. If you can unlock or reroll them at the early stages of your game, it is what you need to succeed at this gameplay.

So here is how you are going to reroll in Disney Mirrorverse, and we will provide you with the easiest and the most efficient way for the rerolling to earn your best hero in the early phases. Let's start.

You may be the player who is just getting into the gacha world, so you might not be so familiar with the term reroll. So let's get into the rerolling process first. Rerolling is a procedure that includes almost all the gacha games, and it is kind of a way that will give us the opportunity to earn the best hero.

So the whole procedure is also called summoning the heroes, and we can usually do it by having new accounts for the game. Then we will progress into where we can engage with our first free summons and know that most of the RPG games are providing us this first summons for free. So if this summoned team comes with the hero you really wanted, you can keep it in there and then proceed with the gameplay. But if you don't get the chance to own such a hero, then you must repeat the whole rerolling procedure. Normally, the rerolling procedure of a gacha game takes some times more than we want, and they don't let us earn our perfect hero within seconds. It may take some time to unlock our wanted hero, making us want an extra method to make the whole procedure much faster.

Disney Mirrorverse is not a game that may ask you to engage with a strict re-rolling process, and it is not mandatory either. Because this game allows its players to have heroes step by step when they play the game, every playing cycle in the game is different and takes a long time, and at the end of each, we will be offered a hero. But still, if you want to have a top-tier character from the beginning of your gameplay to perform much better, you need to go with a rerolling other than the gacha gives us heroes from the scoring up.

If you are looking for some best heroes to acquire from your Disney Mirrorverse game, we can recommend you our Disney Mirrorverse tier list, as we have specified all the heroes in here from best to worst. So at the end of this article, you will know who you should aim for a speedy reroll from LDPlayer.

First, you must launch your game and create a new account. After that, you can proceed with stages one to three, and that will offer you 180 orbs for free. These orbs can be later used for buying your stellar crystal, and if you manage to save an additional amount of 280 orbs from the game, it gives you the chance to buy a Famed Crystal from the Store. So that Crystal can be used for the guardian you wanted to be unlocked in the game. Crystals are very important in this game as those can be used for rerolling our most wanted champions. Suppose you don't earn the hero you wanted from the game? No problem. It only needs a simple restart for the game and can be done by cleaning your app's data. Then you will be able to play the game in total for a relaunch.

This re-rolling process in Disney Mirrorverse is actually simple, but it takes more time than you really want. Each time you reroll, you have to farm so many orbs, and when you finish stages 1 to 3, you no longer be able to use the free stellar crystal either. When you pass the stages 1-3, the more powers go to the Famed Crystals. And that is why you need to save your time and should not deal with farming your items with free summoning.

Speeding Up Your Disney Mirrorverse Rerolling with LDPlayer

As we said earlier, every cycle you move with the game will require you to farm orbs for crystals within the shortest time. But how about speeding up your process of rerolling? It has only a simple way, and you need to play Disney Mirrorverse on PC with the help of the best free emulator: LDPlayer. 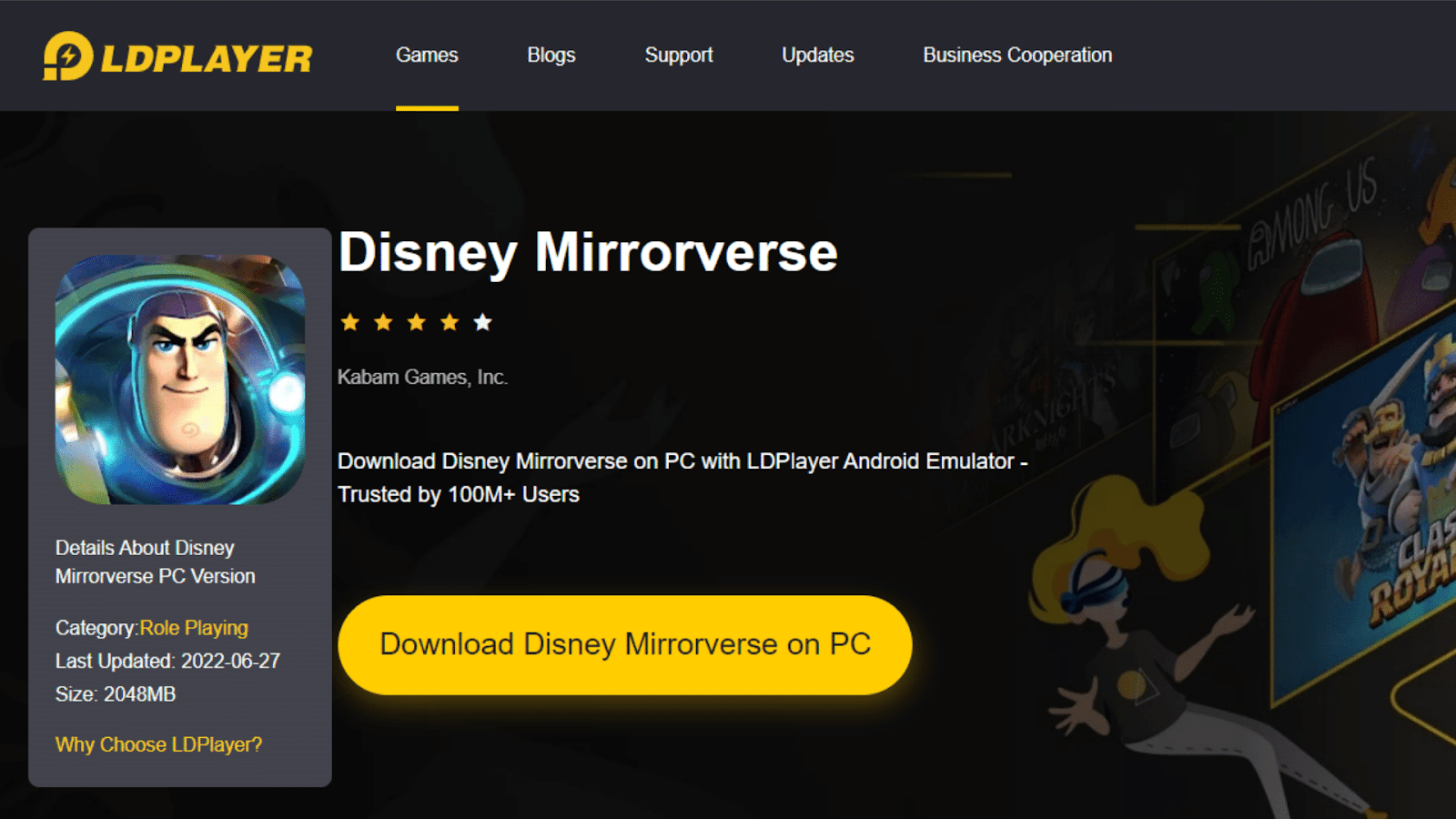 You can first take the Disney Mirrorverse on PC from the LDPlayer to start the process and what gives you support here is the Multi-Instance Sync manager. Basically, this feature can allow the players to have several instances created for the game at once, and you can access the game via several accounts created for the same game. Therefore, in the end, you don't have to spend much time rerolling. This is how the entire process goes. 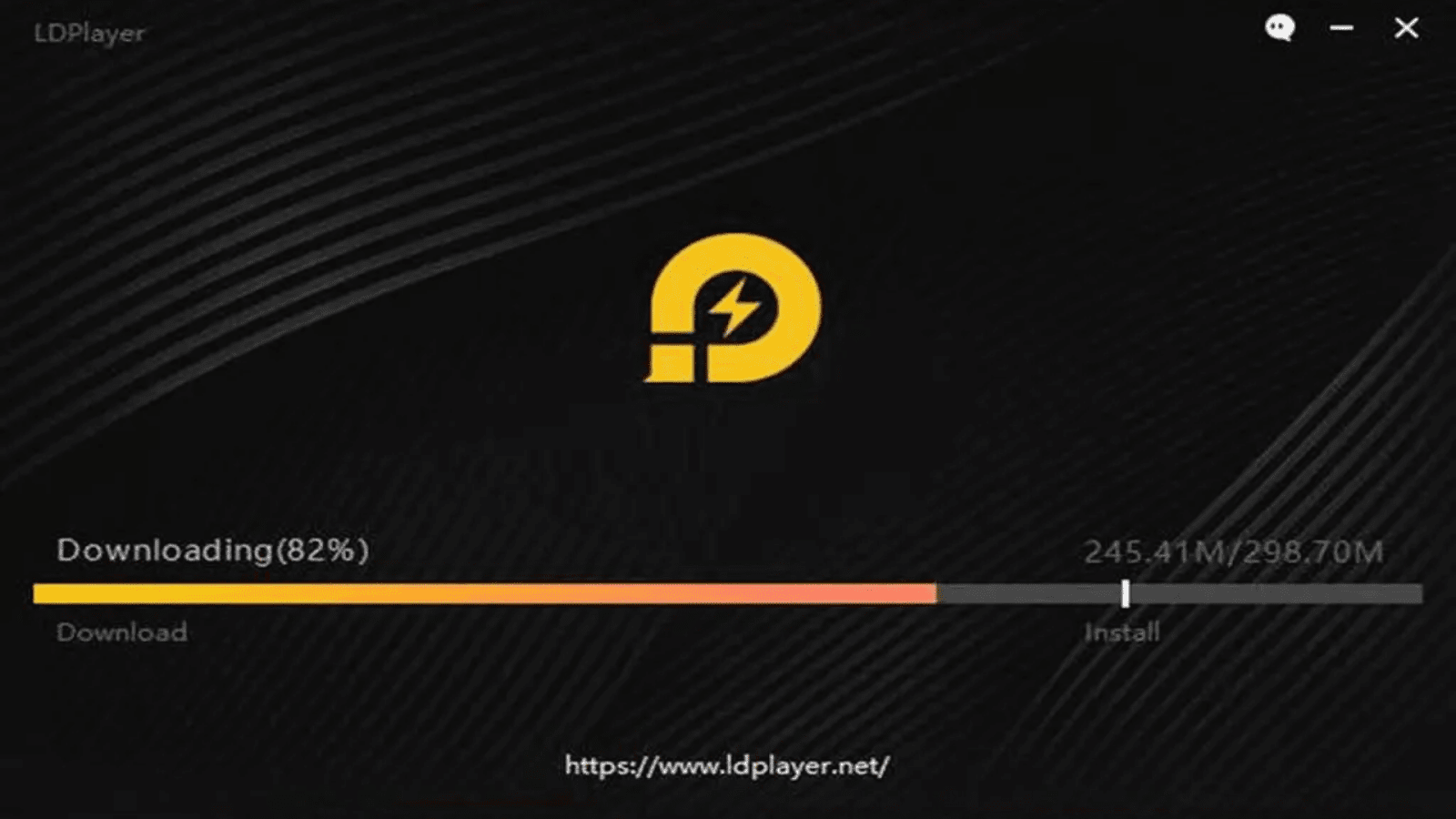 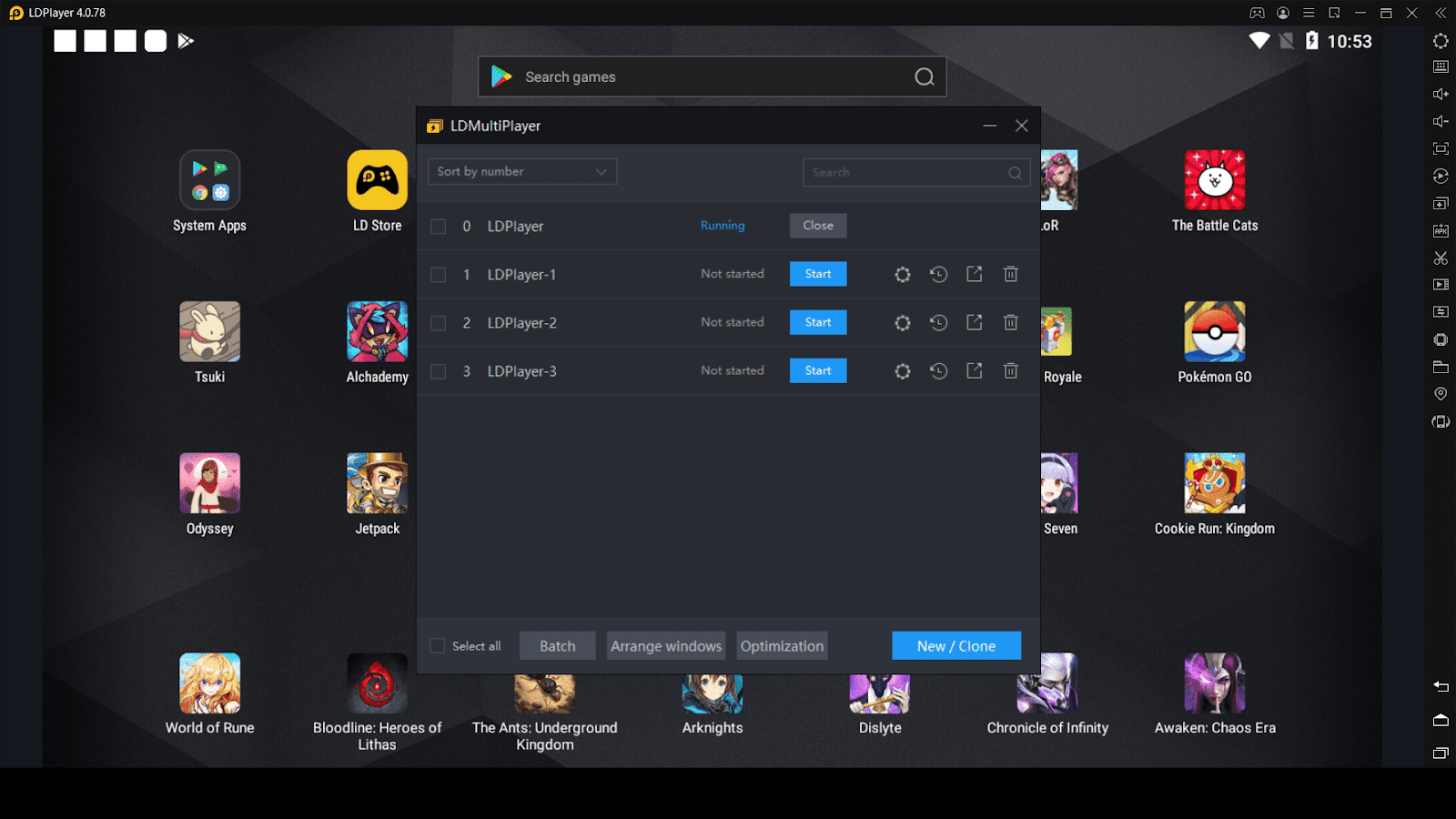 As you can see, the best android emulator: LDPlayer, is the one that allows you to reroll as much as you want with many instances. But we would like to remind you of some things here because when you create many clones for the game, it usually takes more CPU and RAM storage, and that is why we don't recommend you to go with so many instances at once. Follow up on your machine's capacity and comply with its specifications. If you have the capacity to meet the requirements of our LDPlayer, you will not face any lagging issues for running 3 or 4 instances with LDPlayer.

So for those who are really in need of wanting to do a better reroll for Disney Mirrorverse, this is your chance. This is how the rerolling speed can be improved, and if you want to earn your top tier, best, and favorite hero to continue with the game, we suggest the LDPlayer. Go through these steps and make your rerolling more efficiently and much speedier.