Kingdom Maker is a Real-Time Strategy (RTS) and a Role Playing Game (RPG) that allows the players to build up their Kingdom, engage in battles, and rule the Kingdom very well. In real-time strategy games, players can build cunning tricks to cheat their opponents to gain victory in matches. Isn't it good if we give you a bunch of Kingdom Maker tips to help to be the victor easily? 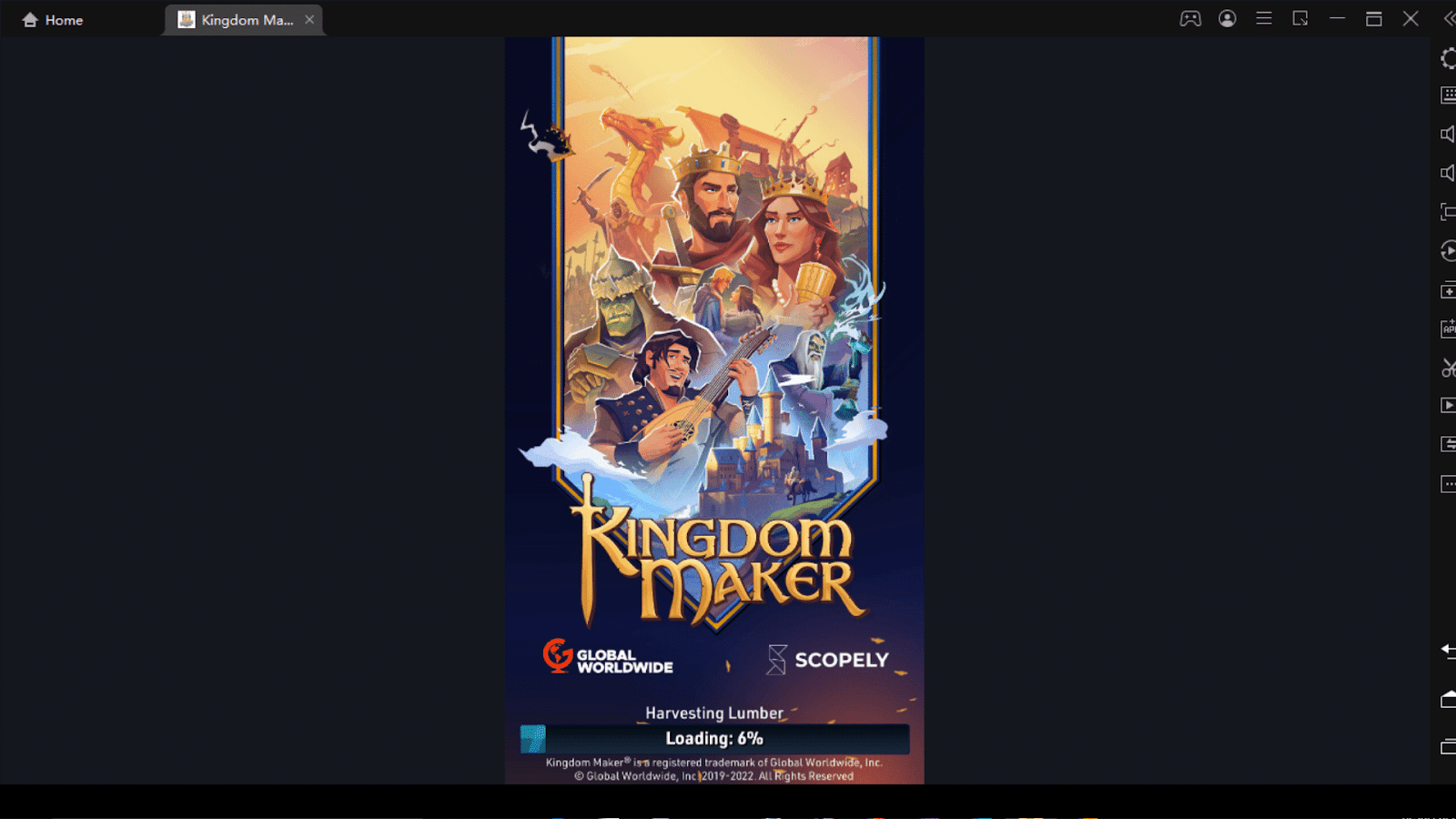 The main goal of the player is to regain the ruined Kingdom from orcs and rebuild it. The Kingdom is wholly grounded and ruined and has no glory at all, but the player must regain its lost glory and turn this broken Kingdom into a real prosperous one. To do this, you need the Kingdom Maker tips, and that's what this is for.

If you need to reach for a better level in this game, this guide is the ultimate help for you. Even though this game is made for mobiles, who said you could not play this on PC? The LDPlayer is always ready to offer the best mobile games to play on PC, and through this guide, you will know more about that and the best Kingdom Maker tips. Put your seatbelts on, and let's drive through the manual. 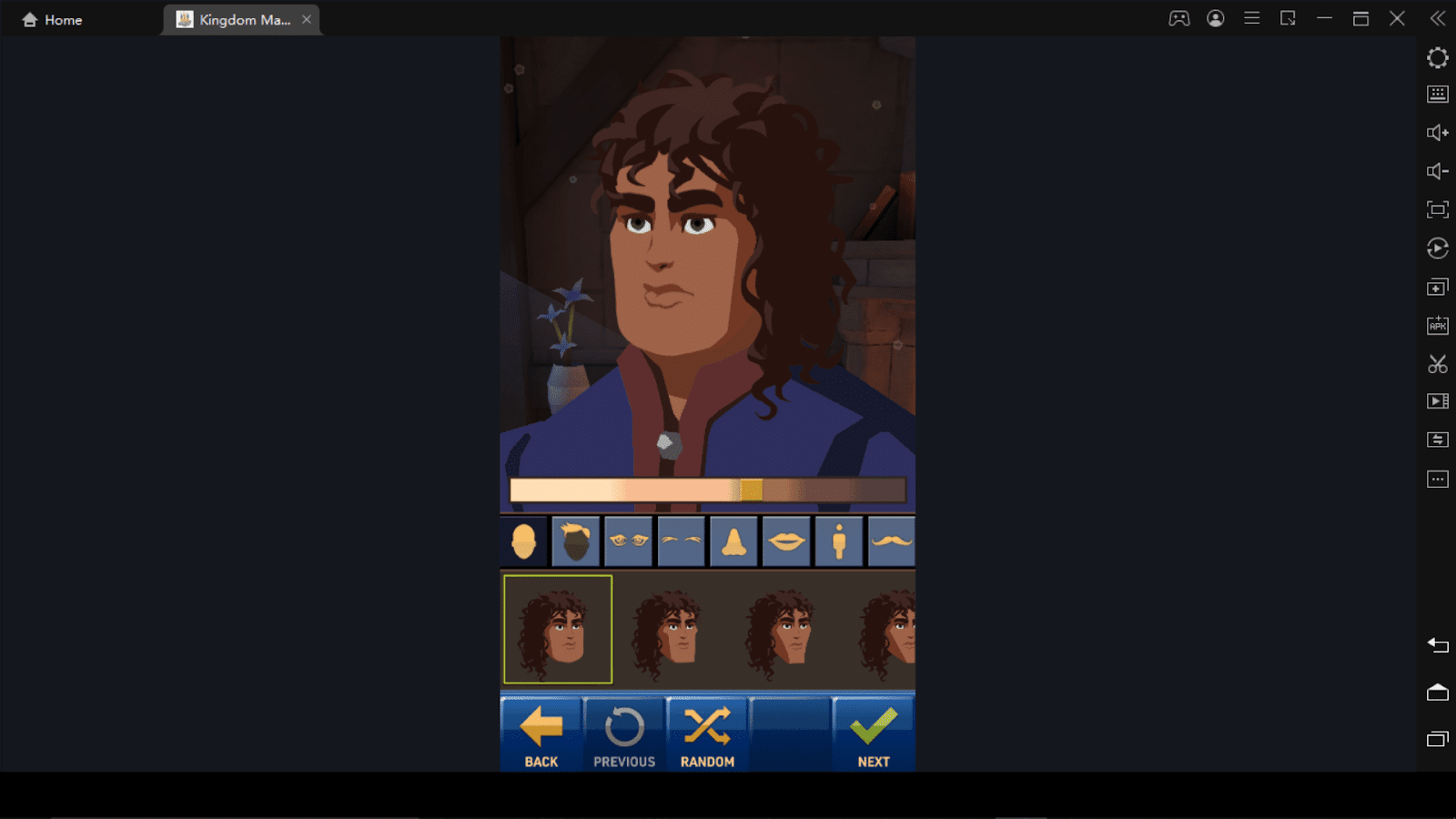 When the gameplay starts, the player can choose a role according to their preferences. Regardless of your pick, the Kingdom Maker allows the players to change their appearance as they wish.

You can change the shape of the face, body shape, hairstyle, and many more things of the character you select, and after customizing, the players are allowed to name the king and queen and the noble family too. But don't worry; players can change their names at any time.

Increasing the noble family members is one of the best Kingdom Maker tips you can follow. The noble family is needed for the prevalence of this Kingdom, so the procreation of new noble members is a must, and to do that, this game allows the king and queen to have a little bit of romance and have new babies. How sweet! 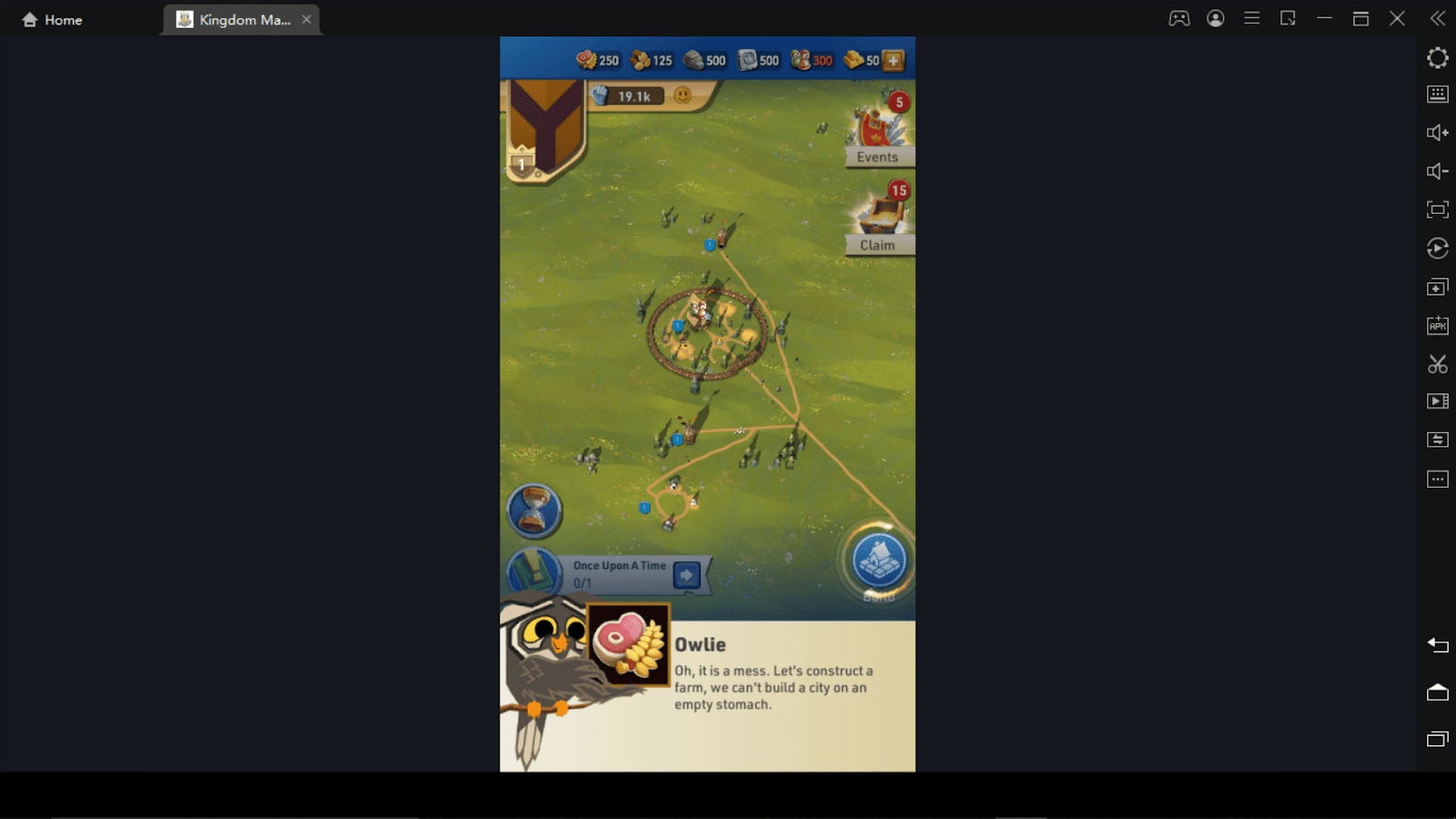 It takes a certain amount of time to have a baby, but once they have, the players must choose one of the three options the game has given about the baby's future. They are;

Once you select one of these three roles for the baby, he will receive the abilities needed to fulfill the responsibilities that have been assigned to the baby.

The Kingdom is the house for the people who live there, the soldiers who fight by putting their lives on the line, and the noble family who tries to build it. Making your Kingdom is also among the best Kingdom Maker tips because it's essential.

Let's see about the infrastructure you can build in your Kingdom These are the most seen buildings in the Kingdom where the soldiers live and practice. Houses, academies, and barracks belong to civic establishments.

The buildings that produce the economic resources needed for the Kingdom are the production buildings. They give food, stone, and the required resources to build more infrastructure.

The buildings act as barriers, not giving any chance to infiltrate the enemies into the Kingdom, such as watchtowers are defense buildings.

The fourth one of the Kingdom Maker tips is about conquering the land. Acquiring the land is essential to expand your Kingdom and spread your influence everywhere. There are many orc camps as well as many other kingdoms too. By training the soldiers, players can battle against the orcs and other domains to expand their empires and own an extensive area of the world.

To train the soldiers, you can use civic buildings, and you can prepare your soldiers to be siege troops, melee troops, mounted troops, or ranged troops. After the training, the player should assign those soldiers under the command of a noble member.

Engaging in battles is essential to level up in the game, and to know some Kingdom Maker tips to ease the batling is helpful, don't you agree? Soldiers are vital for military activities such as battles as well as for the defense of the Kingdom. As we mentioned above, you can train your army into four different groups, and the military must always be kept under a commander. A noble with the captain role is well suited to lead the army as the commander, and his level decides the number of units a commander can handle. 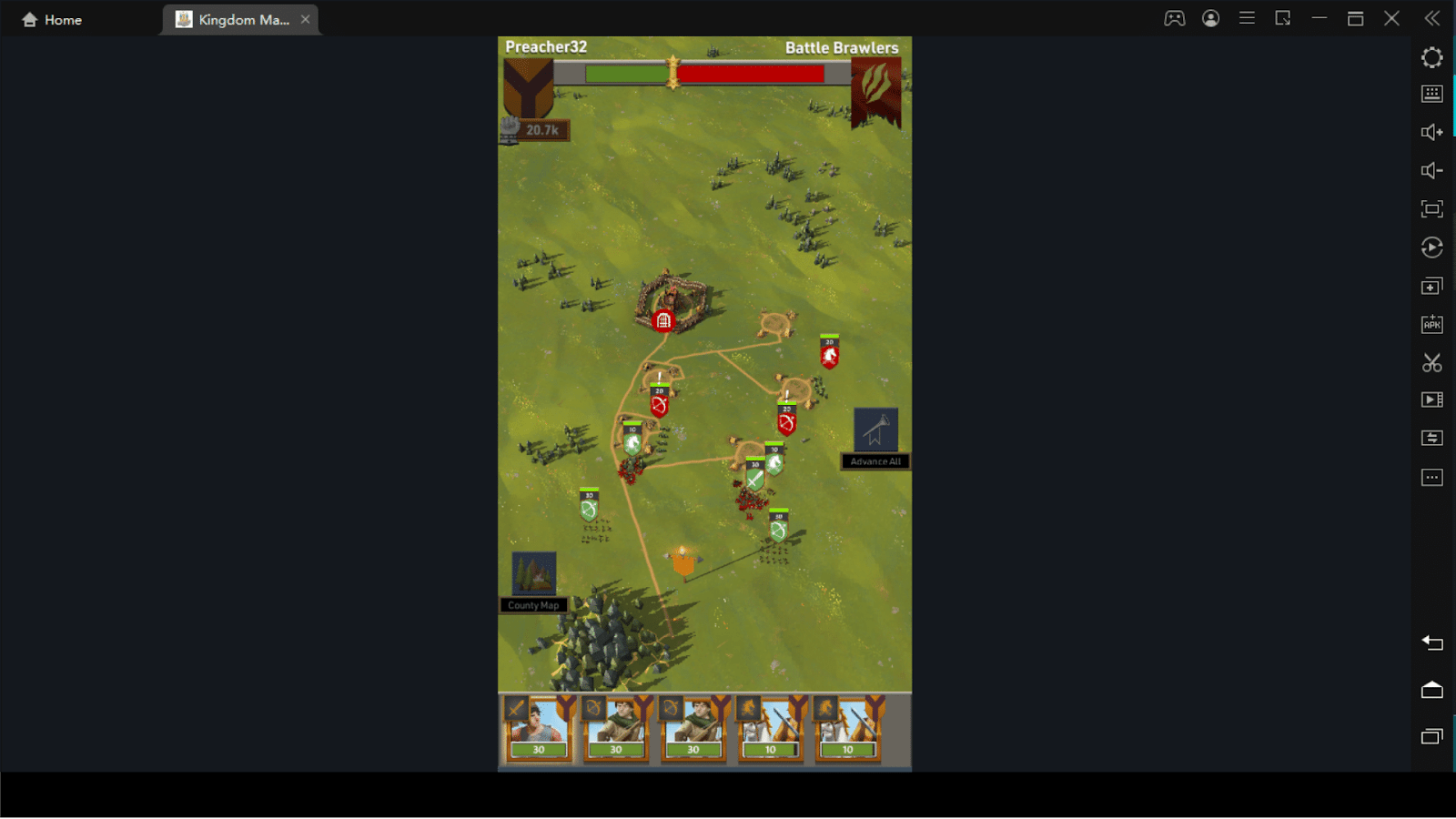 Another special group of armies you can have here is champions, and you can hire these special army forces to be the captains of your sub-army units.

The next super cool thing is that an auto-combat system will automatically do battles here; all you can do here is wish to win. But the players can manually command your army to retreat, hold, or where to go, etc.

Begin to Make Your Kingdom With LDPlayer 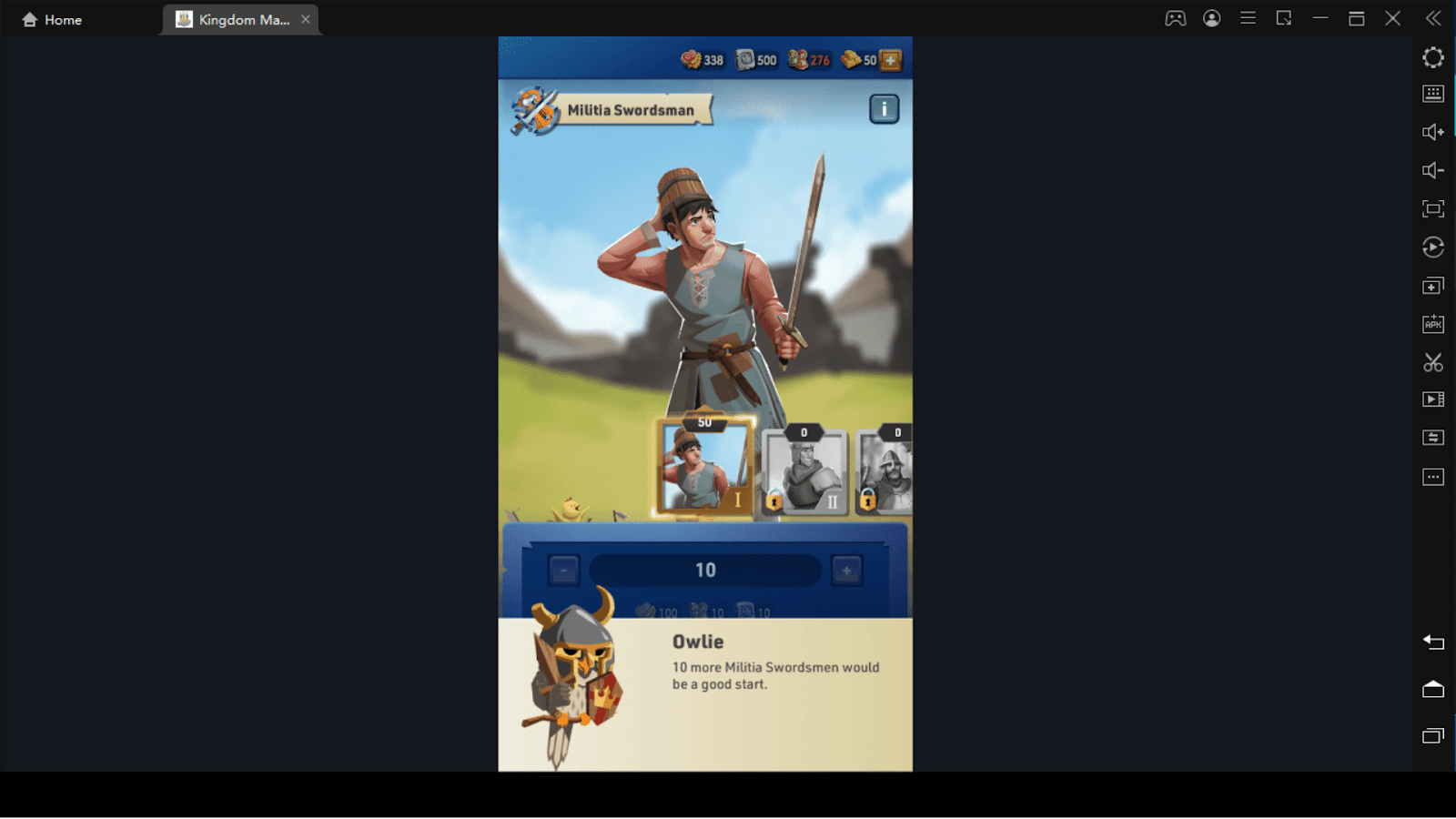 The players can do several tasks at a time when you play the game using LDPlayer, which means you no longer have to quit the game to do something meaningful while playing the game. Do you want to enjoy the Kingdom Maker while working? Download the game using LDPLayer.

The main problem you will encounter when playing RPGs is rerolling. Because of the Multi-instance feature in LDPlayer, there is no need to worry about rerolling or owning separate accounts. This allows the players to manage even multiple kingdoms from multiple accounts simultaneously. How great! 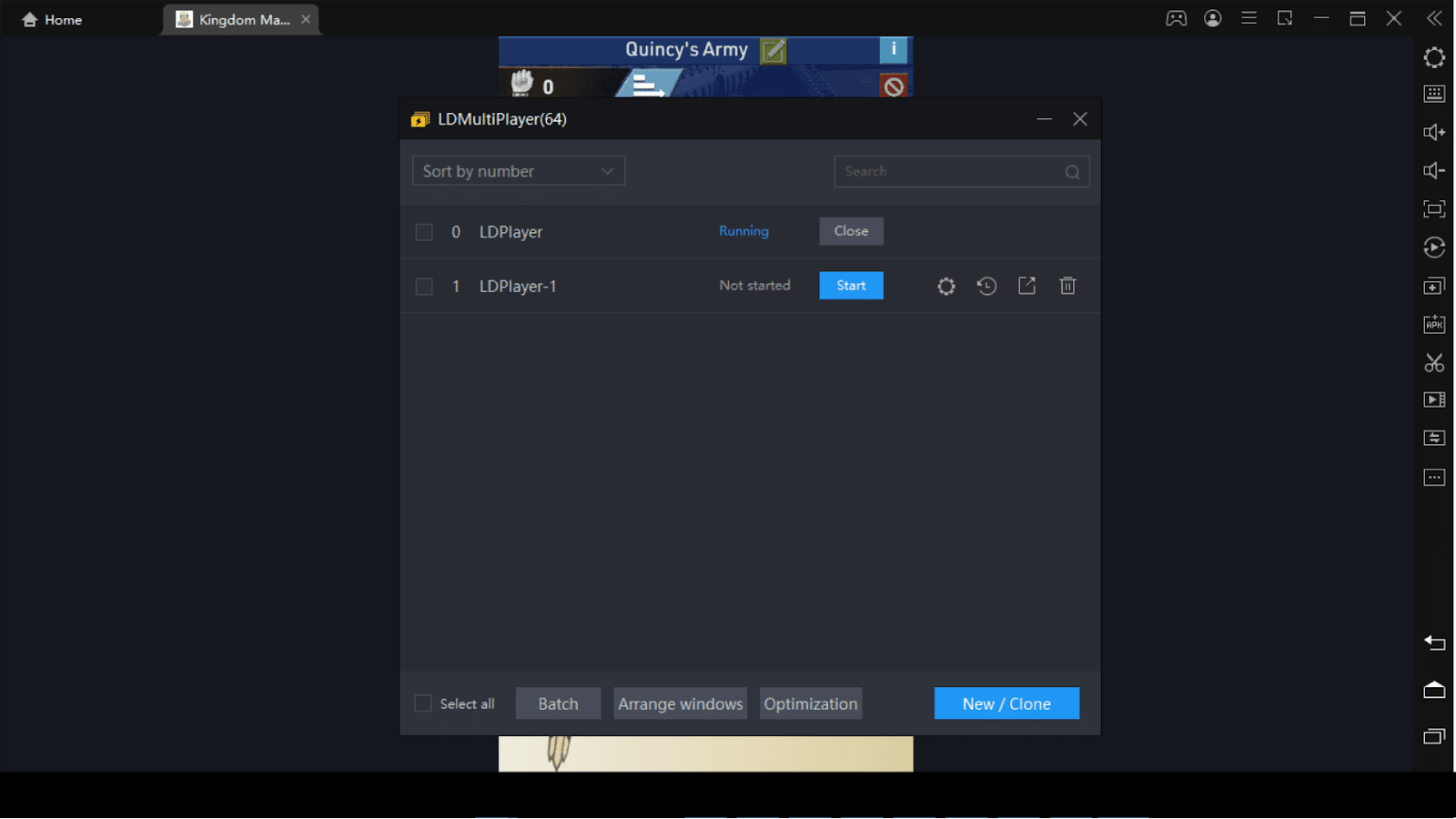 With that exciting news, we will conclude the guide here. Hope you have got the most valuable tips to regain your Kingdom, and do not forget to follow these tricks to level up faster. Good luck with your winnings for Kingdom Maker.