With the Epic Seven 4th-anniversary celebration comes brand new functions and gameplay features being implemented into the game to improve the gaming experience for veteran players and to bridge the power gap between older and newer players of the game.

One of these newly implemented features is the Grace of Growth feature, which allows all players, old and new, to fully promote one of their heroes to max potential, making it extremely useful for new players to tackle harder content without having to spend too many resources. 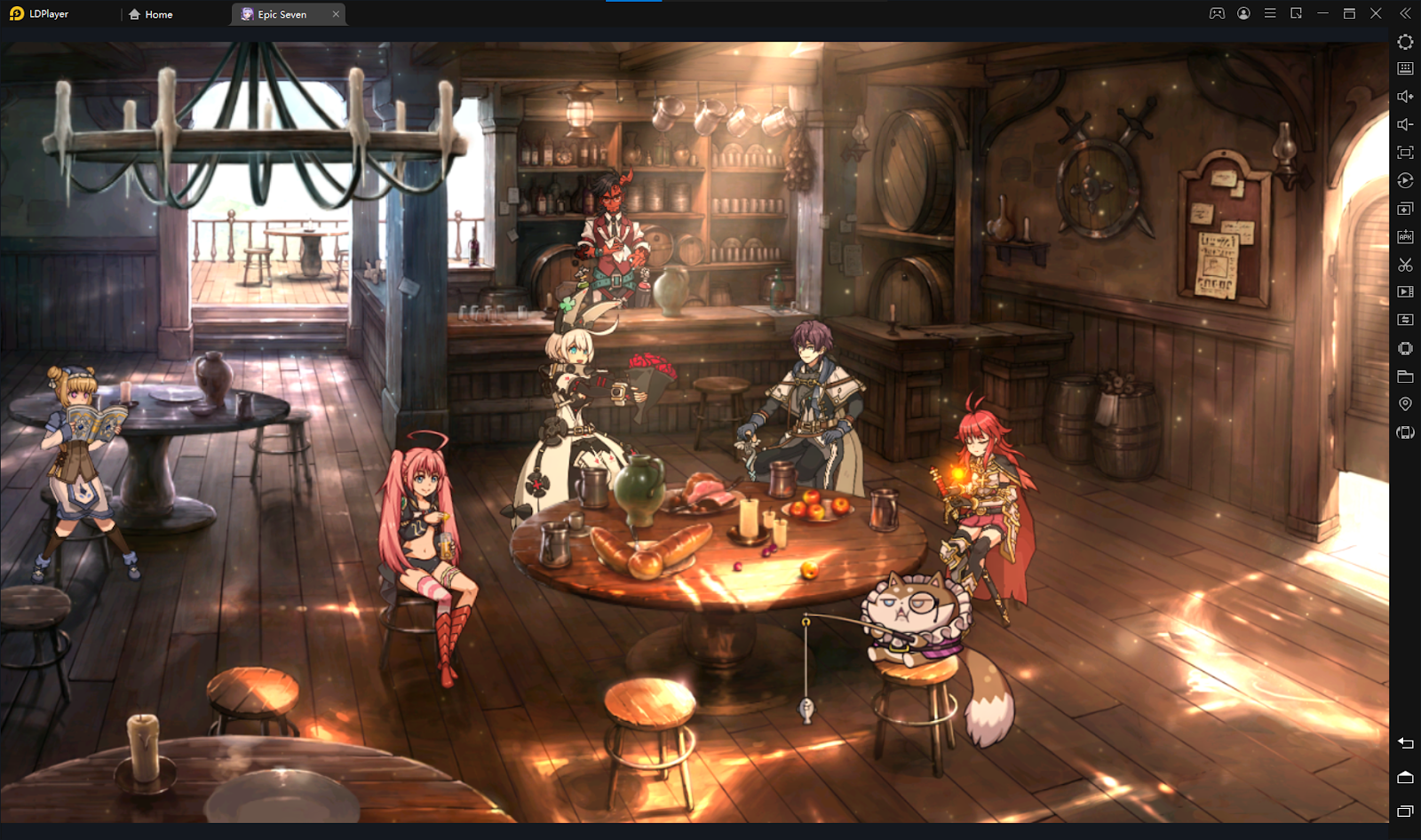 Let’s play Epic Seven on PC and find out!

What is Grace of Growth?

First introduced in the 1st of September, 2022 patch in conjunction with Epic Seven’s 4th anniversary, the Grace of Growth function is a special gameplay feature that allow players to select 1 character of their choosing and TEMPORARY upgrade that character to their max potential - meaning max level, max stars and max awakening, allowing them to become an extremely valuable asset for newer players. 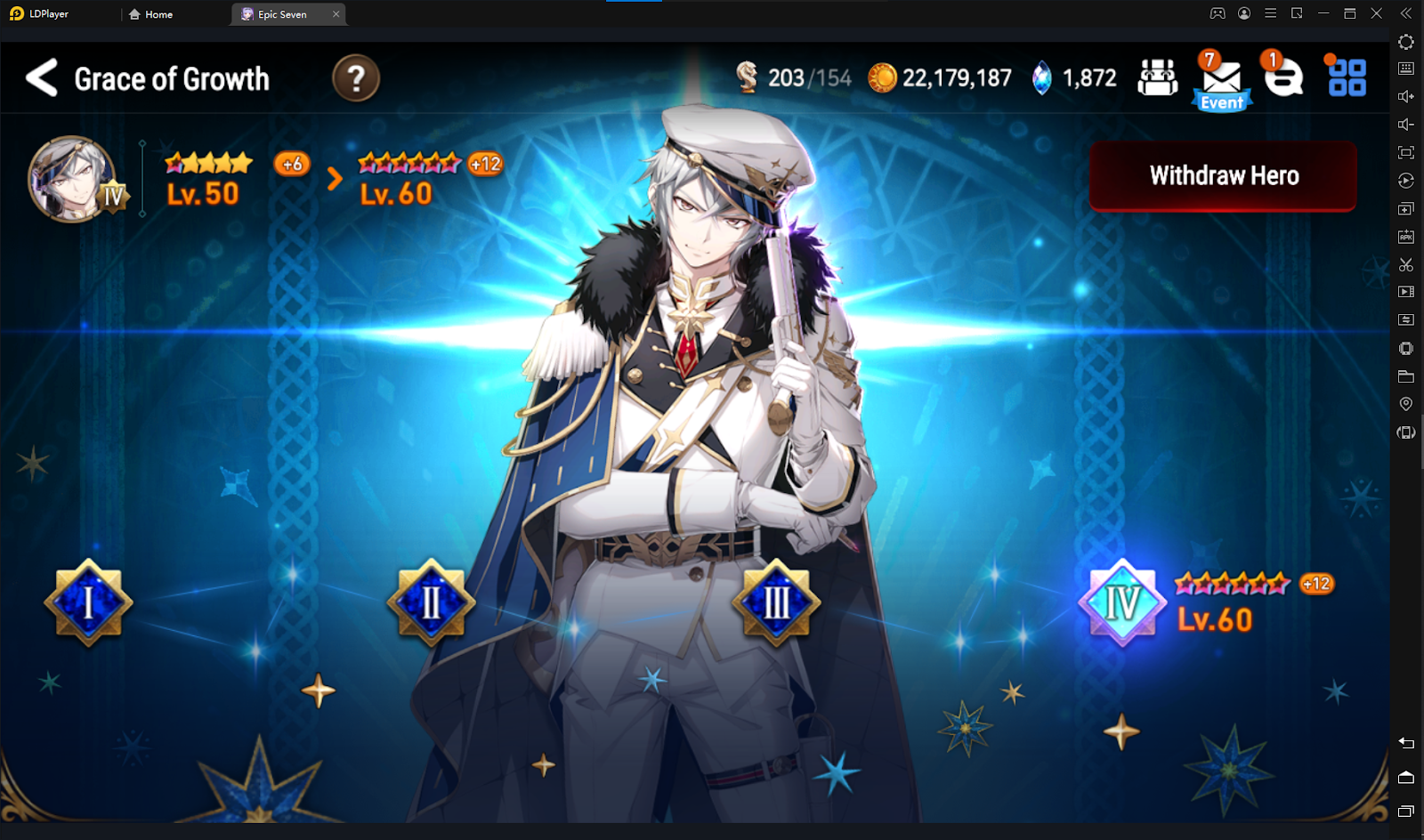 You can change the assigned Grace of Growth hero, however, there will be a 3 days cooldown period before you are allowed to switch. In addition, do note that while these characters are increased to max potential, they will not be given equipment, therefore, players need to provide these heroes with equipment to make the most use out of them. 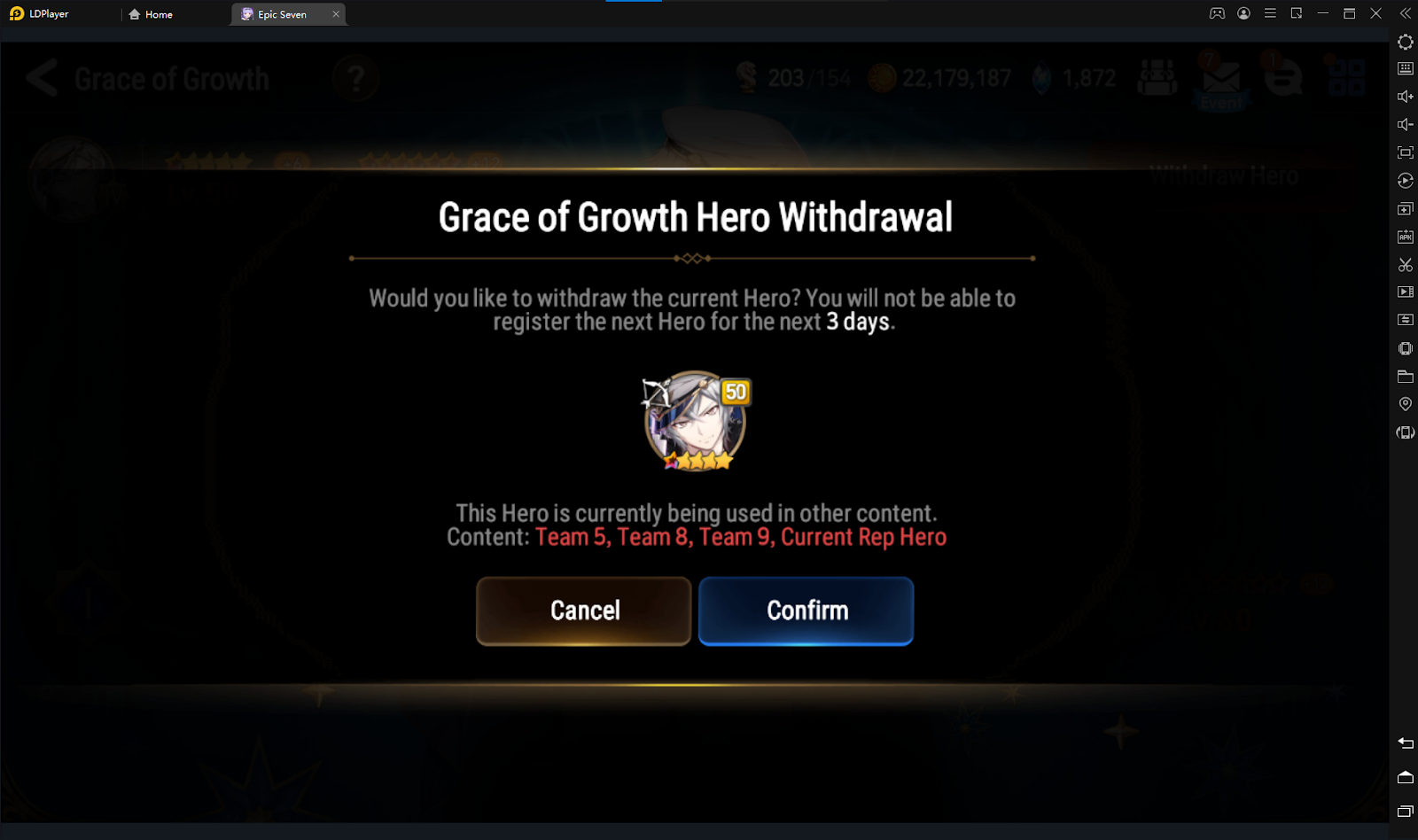 Grace of Growth is unlocked after clearing stage 1-4 of the main story and is divided into 4 different stages, which require different tasks to be completed to unlock. 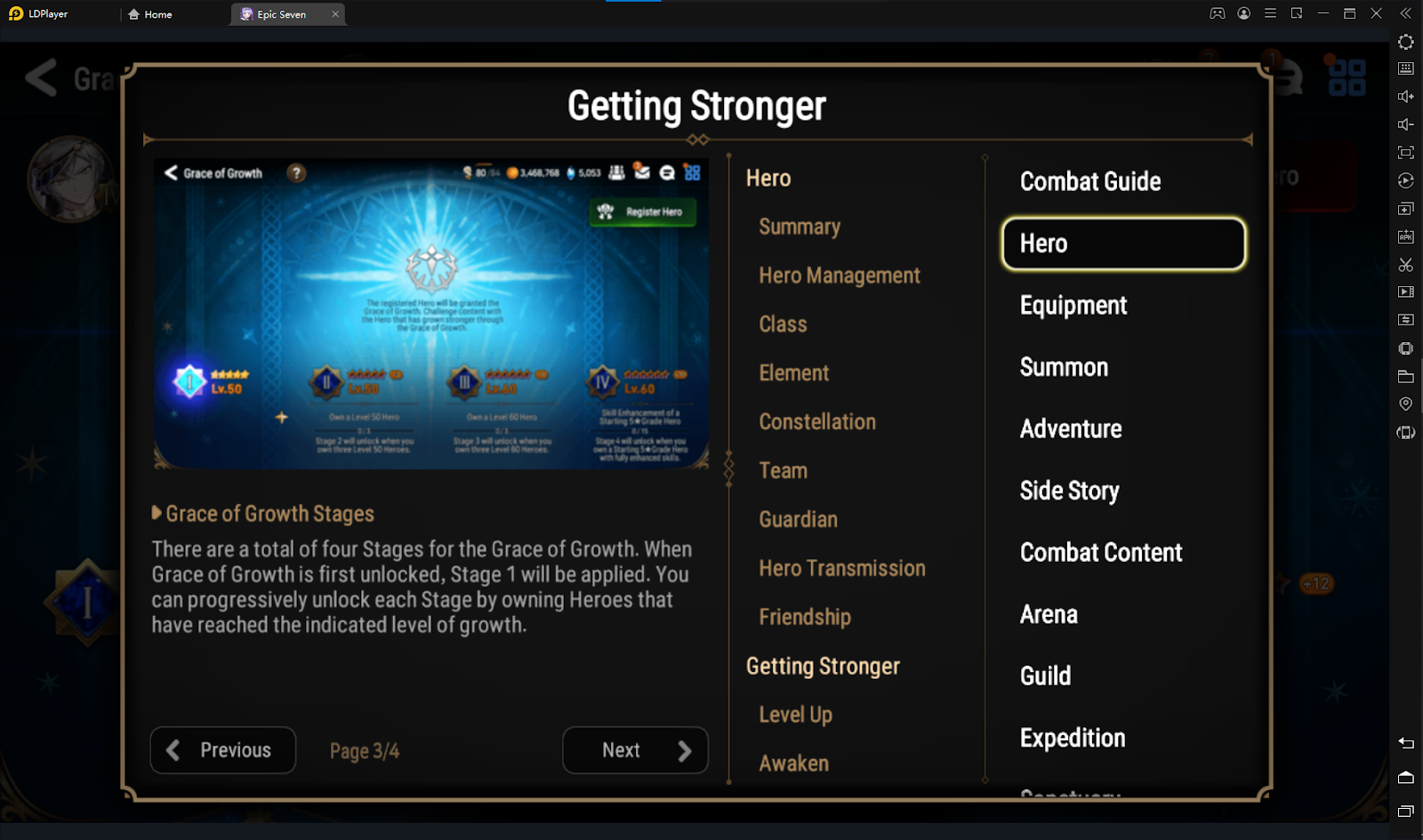 How to Upgrade Grace of Growth

The first stage is automatically unlocked once you have gained access to the Grace of Growth function. Once applied, the hero will immediately be upgraded to 5* grading and level 50, the highest level of a 5* graded Hero.

The second stage is unlocked after the player has owned 3 different heroes at lv 50. Once applied, the hero will immediately have their potential unlocked to max 5* and have their skill enhanced by +3, allowing them to gain the special potential skill buff and enhancing their damage potential.

The final stage is unlocked after the player has enhanced the skill level of a natural 5* Hero to max +15 skill levels. Once applied, the hero will have their skill level further enhanced to +12, allowing them to fully upgrade 2 skills and have all of their special abilities unlocked and usable.

Best Characters to Use Grace of Growth

Arguably the best free to play DPS option for newer players, Lorina is a Dark Warrior Hero with the ability to specialize and further enhances her powerful damage capability and damage output. 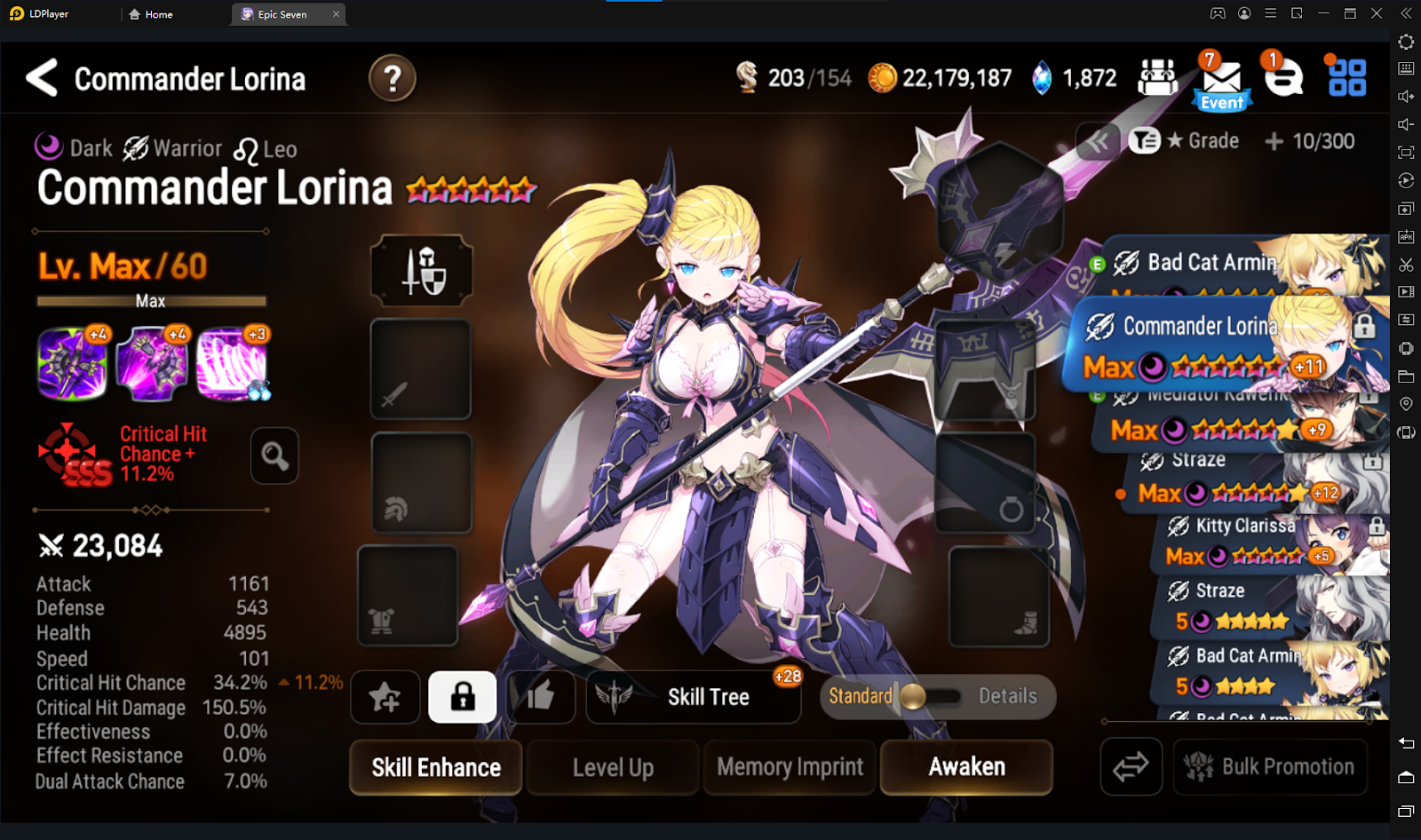 Lorina’s kit is extremely simple, effective and easy to use. Lorina’s 1st skill deals massive amounts of damage to a single enemy and increases her own combat effectiveness, allowing her to loop and deal massive damage in the process.

Lorina’s 2nd skill passive increases her atk by 10% (15% max) for every time she attacks an enemy, up to 5 times. This passive allows Lorina to gain up to 75% more atk, making her extremely powerful in the long run.

Finally, Lorina’s 3rd skill is a enhanced version of her 1st skill, allowing her to deal massive single target damage to an enemy, decreasing their combat readiness and dealing damage proportional to the enemy’s lost health, making it an extremely powerful boss killing blow. 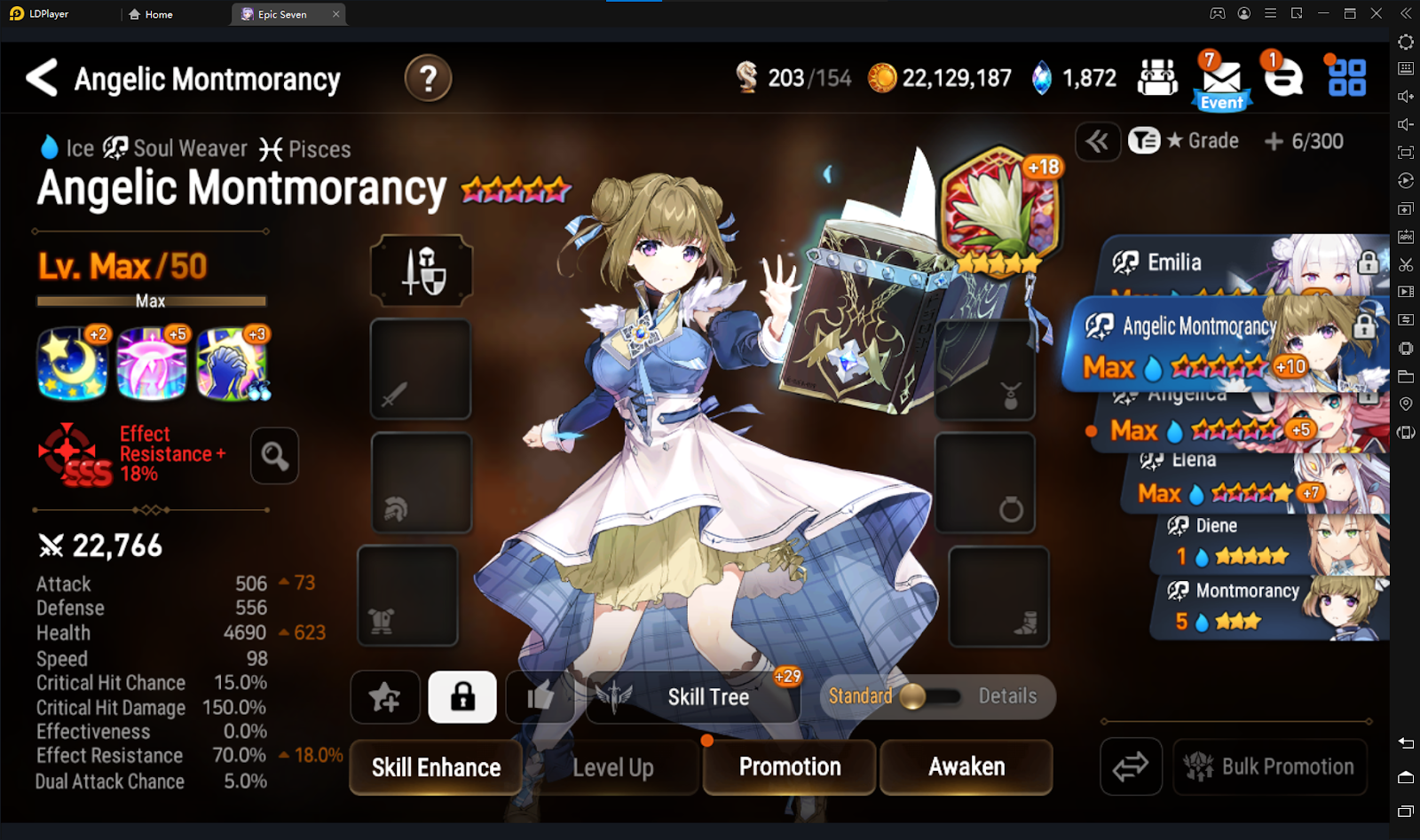 Montmorancy’s 1st skill is a healer’s generic damage skill, however, she can also inflict the Sleep debuff on the enemy with this skill, making her a very interesting choice to make the enemy unable to move for 1 turn in PvP.

Montmorancy’s strong point lies in her 2nd skill, which heals all allies and cleanse all allies of debuffs in addition to increasing Mont’s own combat readiness, allowing her to heal all allies and take turns faster to heal them easier. In addition, once enhanced with specialty change, when using her 2nd skill, Mont will have a chance to reset the cooldown of the skill, allowing her to use this skill constantly and keep the team alive longer.

Montmorancy’s 3rd skill is a massive heal to a single ally, cleansing all of their debuffs and increasing Mont’s own combat readiness by a massive 50%. This skill is the ultimate life saving skill and is one of the reasons why she’s one of the best choices for Grace of Growth.

The special free to play character available to all players via traveler’s path, Free Spirit Tieria is a Light element Warrior type Hero with the ability to both farm waves of enemies and deal massive boss killing damage in a PvE setting, making her the best choice for players to consider using Grace of Growth, especially for new players. 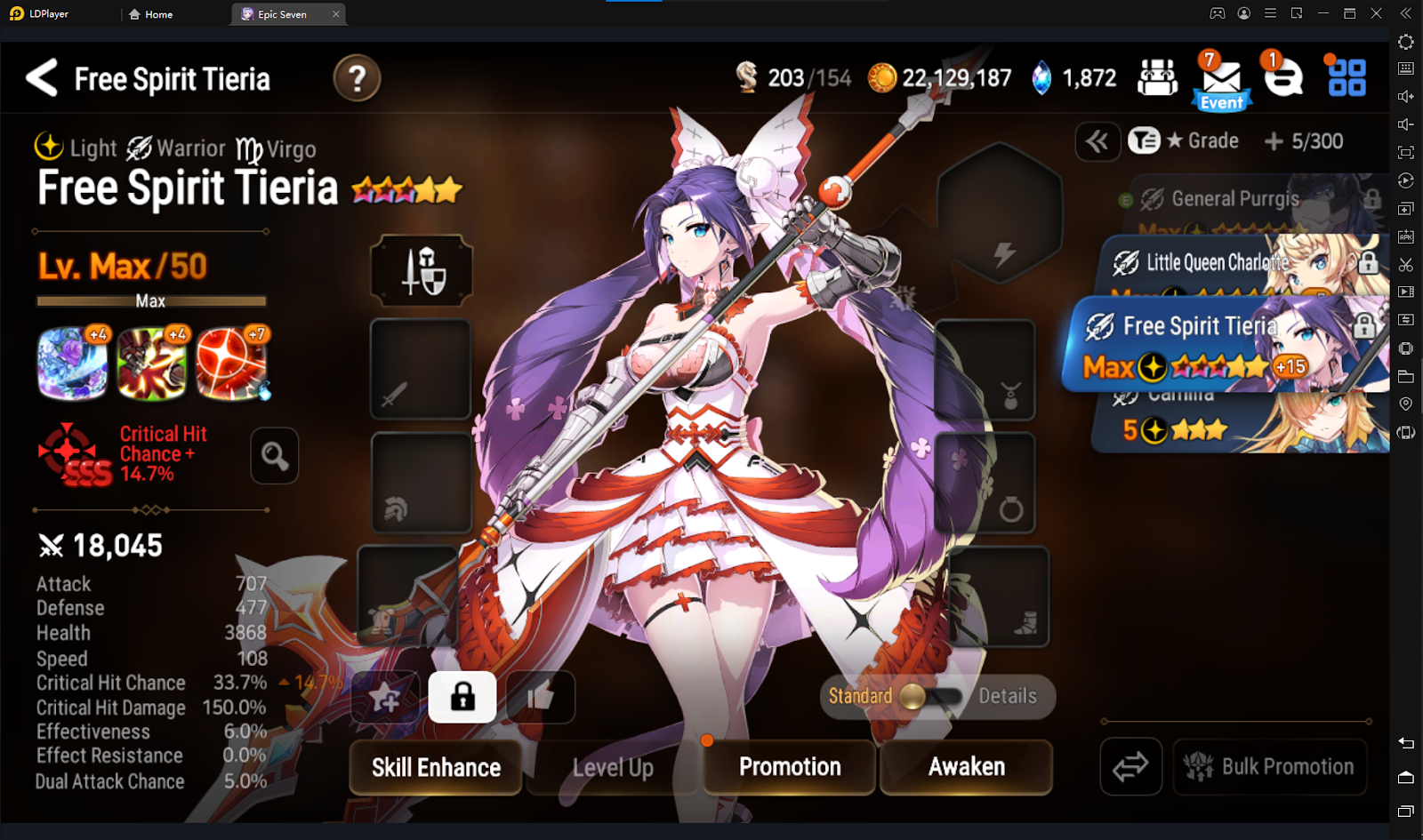 Tieria’s 1st skill is a generic damage dealing first skill like that of Lorina that has the extra benefit of decreasing the attack of enemies, allowing the team to take less damage and last longer in the fight.

Tieria’s farming potential lies in her 2nd skill, which deals AOE damage to all enemies and reset its own cooldown if Tieria defeats an enemy, allowing her to constantly use this skill to deal damage and kill waves of enemies.

Finally, Tieria’s 3rd skill is an amazing boss-killing damage skill with the ability to decrease the enemy’s defense and deal massive amounts of damage to boss-type enemies, making her extremely powerful against PvE contents in the game.

LDplayer is the most stable emulator that allows you to run Epic Seven on your PC with little to no lag. It allows you to run the game smoothly, at high speed, and at high quality, and provides many amazing functions to help to have a perfect experience, especially for newer players aiming to join Epic Seven after the game’s 4th anniversary. 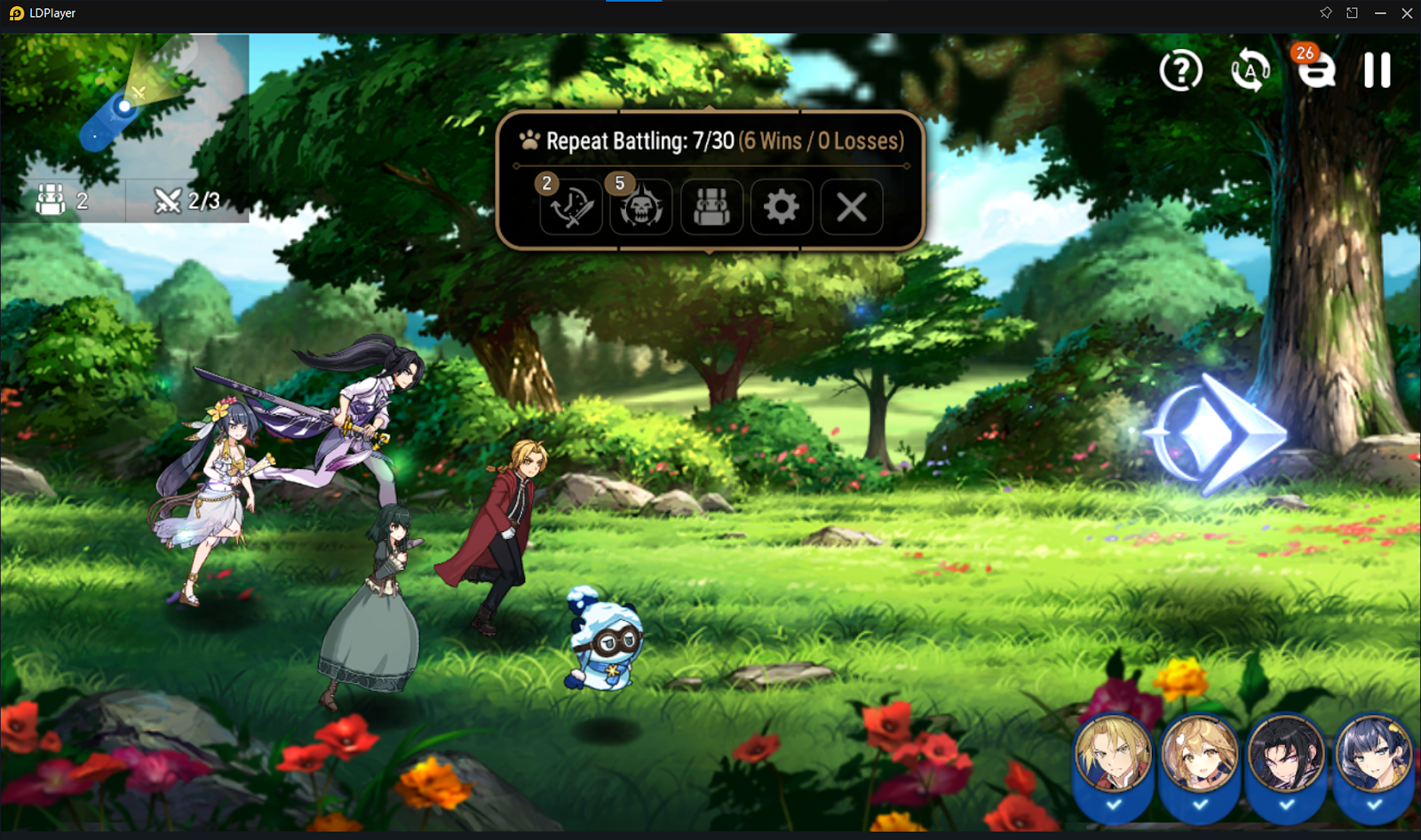 For newer players that intend to join the game, it is recommended that you utilize LDPlayer’s multi-instances function to reroll and have the perfect head start in the game. In addition, LDPlayer also allows for a mini window function, helping players to farm in the background while they enjoy their favorite activities on PC.