Punishing Gray Raven A Guide To Weapons And Memories

Punishing: Gray Raven is the latest action RPG set in a dark cyberpunk world relying heavily on combat mechanics rarely seen in mobile games with excellent graphics while keeping the gacha pull system as a mobile games tradition. You play as the Gray Raven commandant and lead them in dangerous action and perilous missions while unraveling the dark truths along the way about the virus disasters. This Punishing: Gray Raven guide is about the weapon you wield on the battlefield and the memories you can equip while fighting on your structures. Before you begin with this guide, you can get further information in our Beginner's Guide.

In Punishing: Gray Raven, weapons are Hero exclusive, so the weapon can be equipped to one, can't be equipped by another.

Below you’ll find lists of different types of gear for different Heroes:

The Wolf Eater handgun is a modification of a standard handgun using high-temperature coating, making it very strong for single-point shooting.

This handgun has ballistic navigator capabilities because of its attachment to the sky garden.

This gun is known for its long barrel compared to other handguns, which can deal tons of damage to near targets.

This handgun has a bigger ammo clip which is especially useful for longer fights as it is a small gun perfectly suited for silent kills.

Swords are melee weapons that do more damage than guns and can perform devastating combos quickly but need to be up close and personal with the bosses. This blade leaves scars on enemies as it is 0.9 meters long and can quickly enter the target's body.

The blade changes color with temperature even a mirky red ice pattern appears in extreme cases because it is 0.9 meters long and is forged with high precision with a composite.

Even though the blade is 1.0 meters long, its strength hasn't decreased as it forged together in a very violent way with various materials, and due to it, the color turns red.

This blade disciplines itself and can cast an offensive light blade due to having a kinetic energy conversion while being 1.1 meters long. The harsh dancing light is the reason why it's sought after.

This weapon is used for rebellion and became a code name afterward to many shady experimental plans. The fire resistance of this blade is excellent as it is reinforced with blade tungsten high-speed steel.

This blade sings of old age, probably too old to be adapted to the battlefield. However, this blade can sometimes shoot a projectile while attacking. Its slashing is complimented by super-hard high-speed steel.

An exclusive weapon from the Qing Dynasty and ensure the structure remains invincible.

The electromagnetic command field makes it seem as if this weapon is floating.

This weapon uses a high-energy jet and a standard barrel design to stabilize the weapon. Unfortunately, the stability has reduced the mobility of the weapon.

This weapon uses a pilot-made attitude control device to improve the stability of this weapon is equipped with Glow Fairy that can connect with you while defending you and firing at the enemy.

Bows provide the range and attack speed but sacrifice damage.

This bow was made in the name of the fallen angel.

This bow can adapt to survive in the harshest of environments. 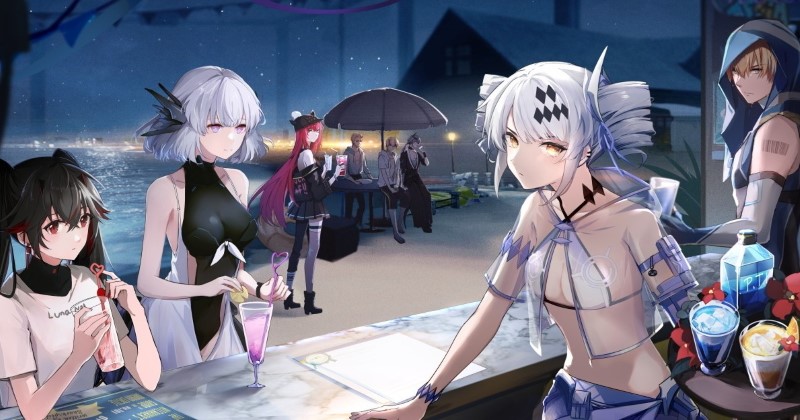 This bow lacks the stability which its sisters have. It belongs to a line of bows that were taken of line.

The chainsaws are slow to start, but they can bleed and cut the enemy in excruciating half when they start the motion and cutting process.

Another weapon that was part of the rebellion and now is part of experimental research.

This chainsaw applies a special reagent that can increase the temperature the longer its hydraulics run making it a painful experience.

This chainsaw is one of the lightest of its class and gets its name due to its sparks when firing.

Slow but powerful and great damage. This sword can absorb any explosion and then leash it back towards the enemy.

This blade was made of Radioactive elements, which causes the enemy to erode when attack with full force, recommended being used with structures that have resistance to its element.

The blade is not sharp but just about the right weight, and it has good lethality as a weapon. For example, a deformable strange big sword with a compressed energy tank inside can use the blade to shoot shock waves when full.

A deformed big sword with a compressed energy tank inside can use the blade as a launcher to shoot shock waves when full.

Provides more mobility than their bigger brothers but comparable to them in damage, and charging them equals the damage.

This cannon fires a projectile similar to a firecracker as it is also a rocket launcher. After firing the crackers, the cannon must take a few seconds to cool down before firing again.

Just remember, even though it has high efficiency of fire rate, be careful not to let it become too hot as there is a small thermal inside.

The canon expunges heat because it packs power when hitting enemies. This is a hand-held cannon with a big power unit and breaths flame in extreme condition, just like a legendary dragon. These blades are fast and quick to deal piercing damage to enemies.

Experienced wielders can only handle this blade and, with its ion vibration mode, can destroy any structure.

The button provided in the blade can increase its cutting ability and also does radioactive damage.

This blade was forged with special ore, which gives it its lightweight but the power stored in this blade is extraordinary.

This blade was forged during the Lantern Festival and has printed a special symbol that makes it full of blessings.

The weapon of the grim reapers that can instill fear in the enemies.

This weapon can flash blue and white light due to it made by highly conductive alloys, thus having sharp discharge characteristics.

Violet Wu's quickly reduces the enemy's armor as it infects the body with its sharp blade and can apply thick corrosive coating on the enemy while attacking.

Does a great deal of damage the more orbs it collects. A defensive weapon but pierces nonetheless if the enemy isn’t careful.

Favored weapons of the monks and brawlers.

A very powerful weapon, but its schematics are lost, and it has been a while since someone forged a similar weapon.

A special category in both heavy and light swords.

This weapon increases the prime aspect of the wielder and gives stability buffs to the wielder.

Long-range, at a distance sort of weapons having special characteristics.

This lance provides the user with increased damage and can do empowered damage to the enemy if the user does a perfect parry and does increase damage in turn with orbs consumed.

Special katana swords that may not have a place with other swords of this game. 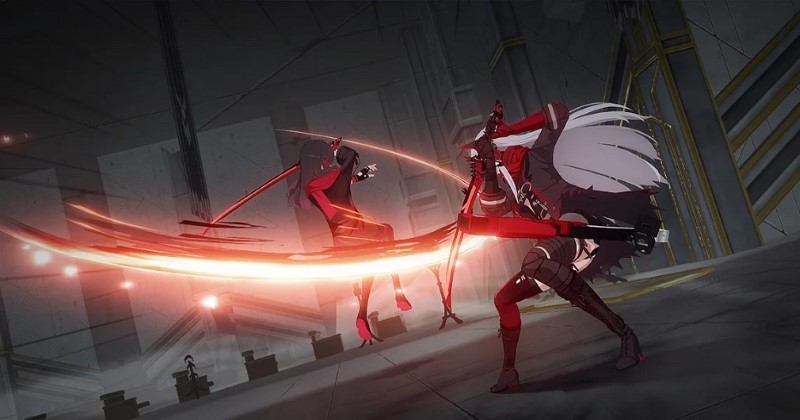 Another one of those weapons that boost the users’ prime stats and increases the wielder's healing. These weapons randomly generate orbs that help you to deal amazing damage.

Auncel is known for its cold and freezing damage.

It is a great feat if a structure can withstand the chill it emits, but it is also a miracle that it works optimally.

The great sword’s special variants are in this list. Not to be confused with the gloves of Thanos, this great sword holds a mechanical device at its top that can enhance its cutting ability. For longer battles, the sword is fixed with an auto-cleaning device.

This blade is known for its torturing nature due to its unsharp design.

These spears are designed to deliver pain to your enemies with their protruding and sharp sun wave-shaped blade sides.

There is a legend with this blade that the straight edge opens up the sky while the curved sides rip open the earth.

Mistress of the Woods:

This weapon does lightning damage while also refunding orbs spent.

These bots weave a special bond with the owner and protect the user from damage while providing buss to allies and debuffs to enemies.

Memories are fragments of an age gone by, and therefore these can now be equipped with structures to relive those memories. Equipping them to structures gives a few stats and buffs. These buffs can enhance the effectiveness in battle. You can further enhance these buffs by doing a process called affixing, for which you need two or more of the same memory. For more information on memories and their complete list, please read our Gameplay Tips and Character Guide.

In this guide, we'll list down 5* and 6* Consciousness Upgrades and Breakthroughs.

Punishing: Gray Raven is a fast-paced action RPG that is best played on a higher graphical setting which you can tweak by using your GPU instead of an inbuilt graphics module. And while you are at it, the game is more fun when playing with macros enabled to assist you in fighting harder enemies by making quick combos using macros functions.

Your performance of the game can be further enhanced by following these 6 tips to have a buttery smooth experience while playing on PC. Even though Punishing: Gray Raven is an action RPG, and you need to perform combos to deal as much DMG as possible, it is not worthwhile without the proper knowledge of weapons. This game also relies on the mechanics of different weapons, which you have to learn to perform different combos linked with different weapons. The speed, the damage, the reload mechanism all play a part in winning battles in this game.

This guide has provided you with ample information on the said subject to learn and choose a favorite weapon to experiment with and have tons of fun playing it.