Hey, doctors from Arkniggts? Have you done with recruiting operators? If not, here is another one. Rhodes Island Organization has to be ready with this hero on their chapter 8. Download your Arkinights on PC and prepared for the Rosa. 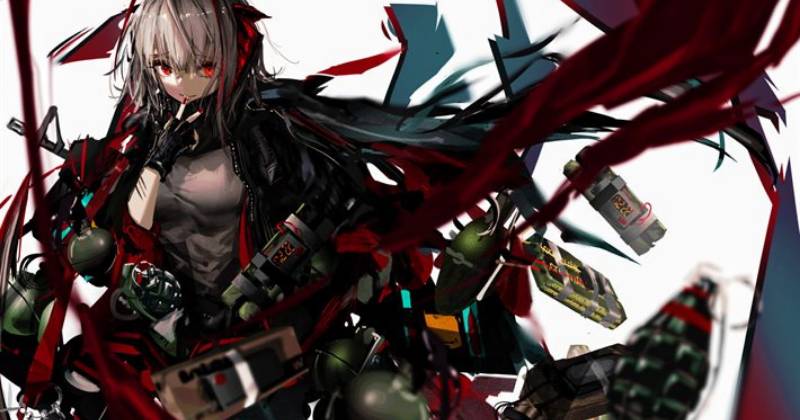 Rosa is the hero that has been taken the attention of all the operators in chapter 8. The presence of Rosa is so valuable to chapter 8 of the game, and it becomes so special when there are drones. So this time is for Rosa. She is the one who has an outstanding kit with her, so this may be a turn up for new strategies to be sued among the doctors.

Rosa is a Heavyweight Sniper for the game, and she is unique from the others. Her functions are somewhat different than the usual snipers, and Rosa is way more diverse than the Rosmontis. This sniper is always prioritizing the enemies and tends to ignore their highest defensive skills. She has a kit, and It is the most known item for her.

Rosa's kit is known to be a multi-target which has a relative cool down with a binding duration for a vast area. So basically, Rosa's Kit is the one that makes her stop the enemies as the best unit. The buttons of "Delete" and "the advance where you are" are not giving a chance to rotate the skills fast or make it busy in another place.

Rosa has some excellent types of archetypes for the highest base attack. As a wide-ranger sniper, she can lose, albeit slowly, and the attack rate of Rose is best compared to others. She will not hold the best of the best speed as a single target unit, but that is the one that makes her an operator to the game.

Rosa has somewhat good defensive stats with her highest offensive skills. HP of this operator is higher than the other snipers, and she will only be losing to the Boomstick Snipers, Andreana, Schwarz, and the Rosmontis. Rosa is not good with the RES in the game. Although the defensive stats of this operator are not a huge matter to the game, Rosa would be better with her high range of targeting.

The cost of the Rosa is comparatively higher than the other ST units. She will be starting with 22DP and end with 24 on episode 1. So overall, these are making her the highest DP costing operator, and it is for the ranged ST unit.

Talents, Traits and the Range of Rosa

Rosa has some kind of weird yet massive range with her as she has an enormous range, she wouldn't be able to attack the closest enemies. This operator is the only one who can reach the land's corner of her side of the range. It is so essential to the game. As she has a heavy width from her range, those allow this operator to cover several lanes at one time. Or Rosa can cover a long lane of stretch. It doesn't matter; both of them are great for this operator as she has an expansive room to use with her skills.

When there is a close-range lack, sometimes it would be an issue. But overall, for every time, time doesn't bother Rosa with her effectiveness in the game. Generally, this is forcing you to pull Rosa back or to the frontline. No matter what you choose, Rosa will be safe behind others while providing other operators a good cover.

You can use this close-range lack to your benefit as well. In the DM-EX-6, Rosa can ignore flag guys from the middle, and at the same time, she is gaining bonus damage from the event. This would be a little quirk, and the event in here will sometimes take time to return.

This is the first talent of Rosa, and it will be available in episode one. When she is attacking the heavy enemies, she will ignore 40% of the defense on them. In episode 2, this level is going to be increased by 60%. This skill may sound limiting as she is only capable of ignoring the high-weight enemies. But you should know that the high-weight enemies are the ones who are holding the highest defense. So it a good thing to be worked.

With Rosa's highest attack base, she can ignore a lot of defense on enemies, and she is dealing with the highest armored enemies without having support from the art damage sources. There might be few enemies who can deal with this, but the capacity of Rosa is higher. So literally, these features are making Rosa a boss focusing unit, and she is a significant focus to kill bosses with massive damage.

This talent as the second will be available on the second episode, and It gains 8% of attack for the members of Ursus Student Self Government within a team. This is a talent that should not need the deploy for the work. But the effects from this talent are not somewhat higher as it affects only four operators still. Rosa is the only one who can use it immensely with the highest base attack while others are don't acting meaningfully.

This is an always-available skill for Rosa. When Rosa is on the Control Center, she can decrease the consumption of Morales for all operators on CC by -0.05/h for each operator of Ursus Student.

Prestige will be available in episode 2, and Rosa is at the HR office. She is increasing the speed by 20%. And also, she is capable of increasing the chances of getting clue 4 for each contact made within the Reception Room. In here the work time and the slot of recruitment will result on improving the opportunity.

This starting at level 7 and will deal with a 60% plus attack within 30 seconds. The cost would be 35 SP with initial SP, and there is a manual activation with an auto-recovery in here.

This skill is starting at level 7 and has an attack of 60%. It will attack two targets at one time within 60 seconds, and the split shot will cost 80 SP with 45 initial SP. And also the manual activation with Auto recovery. Masteries can be done to this skill by 90% of attack on 655SP cost.

The third skill is starting at level 7 and will have an increased attack of 10%. It will find three heavy enemies within the range and attack them by binding within one second for one enemy. The time for the attack will last for 7 seconds of duration, and the cost of the skill is 34SP. There is 12 initial SP in here with manual activations and auto-recovery. You can master this into a 20% attack, and it is going to bind four enemies with 14 of initial SP coming with a cost of 30SP.

Don't concern too much about Rosa's range, and players will be awkward at it when you see it at first. You can be skilled for it with time.

There is an upcoming 5-star unit similar to Rosa's archetype, but they will be different than Rosa's. So don't panic about Rosa, and when the forthcoming unit shows, you can use them both as R8-8 duo snipers clear.

Skill three of Rosa is more similar to skill two of Cliffheart in many ways. It throws some sharp weapons to the enemies to interact with defense, ignoring the damage and the crowd controlling with short cooldowns.

Check which operators are going the same as Rosa and decide the easiest summoning method by checking the Arknights Reroll guide. Rosa is a synergized player that you can be used in the game. She is going along with so many melee opponents, and she has some incredible range as well. So deciding to choose Rosa is not that bad for the game and check out her specifications to have the gameplay with her from here.