Hey gamers, before we begin the guide, we will ask you a question. Can you name the most popular mobile game genres these days? Yeah, as you predicted, these days, the most popular mobile genres are strategy games and the zombie apocalypse. What do you tell if we show a game combined with both gaming genres? As you thought, it's the State of Survival Zombie War. You don't even know how devastating this game is for a beginner.  So let’s learn the game fully and this is the State of Survival Zombie War gameplay guide. 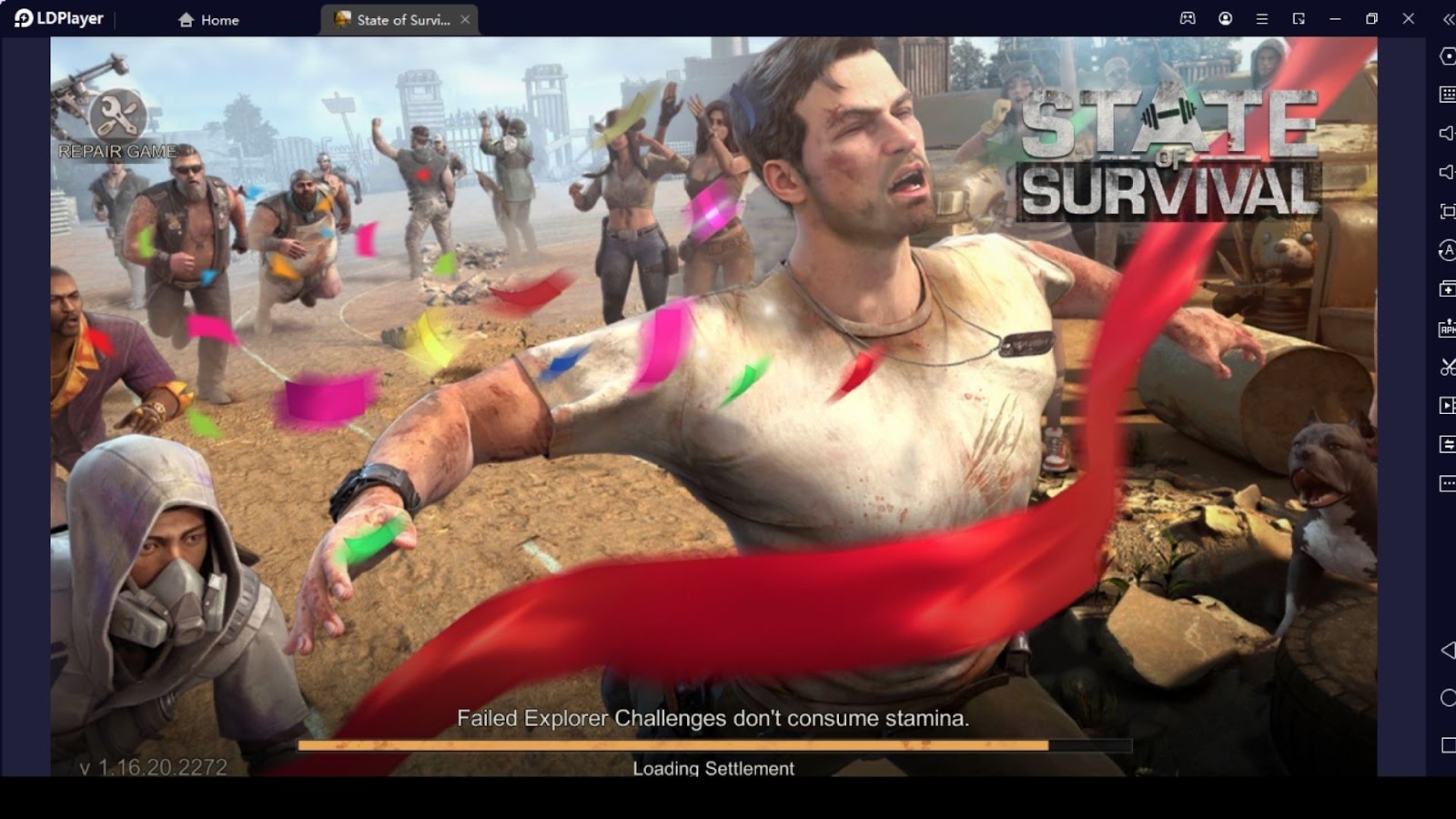 This is an online mobile strategy game with more than 50 million downloads and a 4.5 average star rating making this the most popular game in this genre. Here, the strategy matters the most because players have to fight with other players while surviving the zombie hordes, and while doing so, players must develop their characters and their base to be stronger. If you have a guide about the State of Survival Zombie War gameplay, then there's a guarantee that you can be the best player among all the players.

This game comes with single-player and multiplayer modes that give the players a unique experience without boredom. There are lots of adventurous activities to do here like, base development, upgrading troops, and killing the undead. A guide to the State of Survival Zombie War gameplay will be convenient to be a champion in these activities.

Getting started with the State of Survival Zombie War Gameplay

The objective is to build your base to ensure you have enough power to battle against the enemies. The base must be in a good state of development to grow your military units and increase their stats to win against other players. The base is the players' headquarters; therefore, many resources and much time are needed to upgrade it, and there will be many benefits. 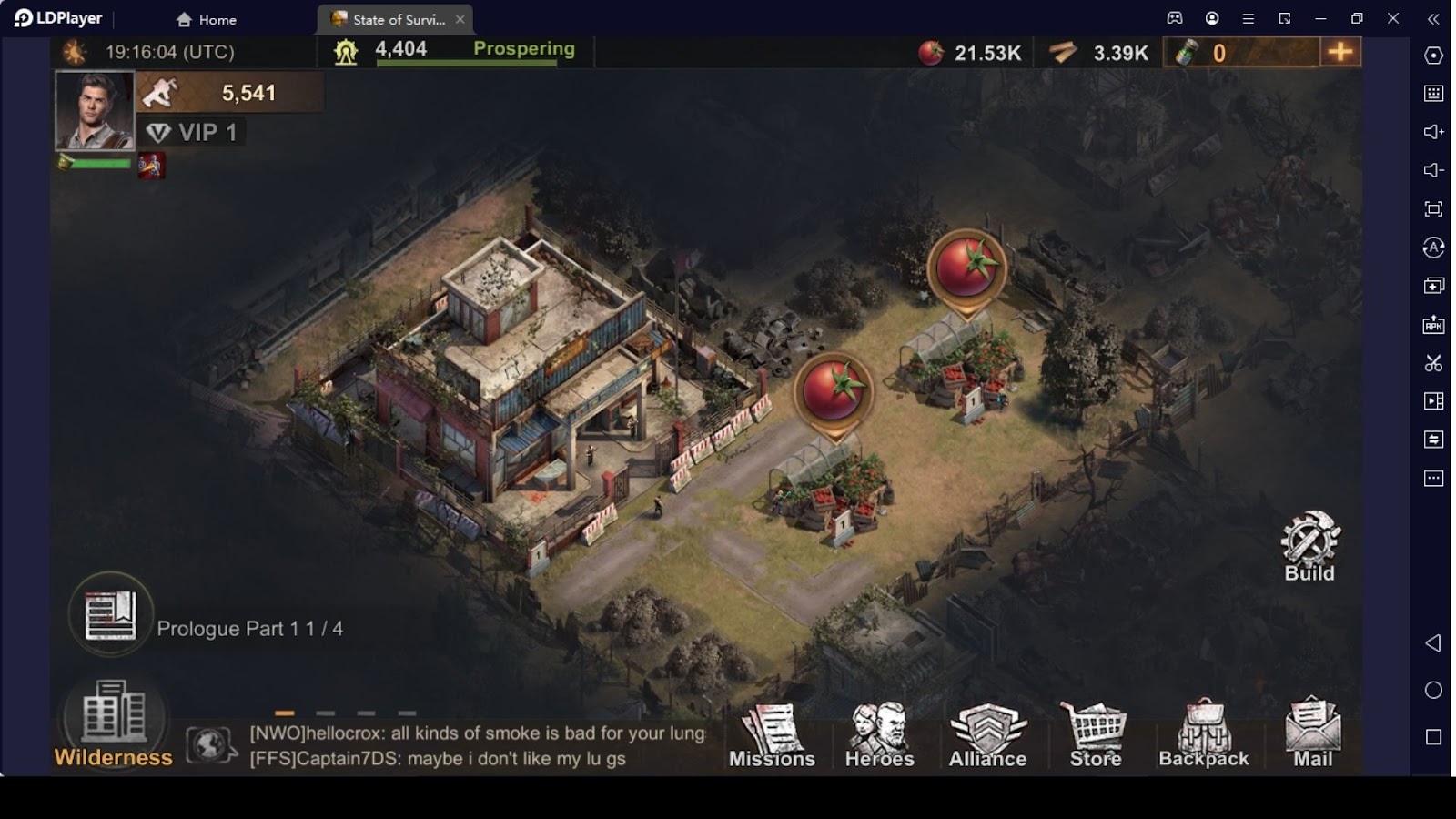 Troops to Use In  State of Survival Zombie War Gameplay

There are three main constructions; Garage, Barracks, and Range that are used to train bikers, bowmen, shooters such as shotgunners and snipers, etc. Above all can be divided into main three troops; Infantry, Vehicles, and Ranged troops, which have their unique strengths and weaknesses against each troop.

In the infantry unit, players can see shotgun users and shield users. Shotguns can deal massive damage against the bike riders, while the Shields can defend the troops from the damage dealt by bow groups.

Players can obtain ATVs (All-Terrain Vehicles) and Bikers in the vehicle troop. All-Terrain Vehicles (ATVs) excel in dealing damage massively against the troops of Infantry, and the Bikers can cause massive damage to hunter heroes.

Ranged troops include bows and snipers that deal damage against infantry troops and cause massive damage to riders, respectively.

From the above description, we think you have a good idea about their strengths and weaknesses against each other that will help you win in all the battles you engage in. Now, you must know how to distribute these three troops when going to battles after considering their strengths.

Joining an Alliance in State of Survival Zombie War Gameplay

An alliance means a guild made by a group of gamers from various countries to work together to achieve a common goal, and there are many benefits players can get when joining an active alliance. After joining an alliance, the game rewards you with in-game premium currency. Aww, how amazing. Players will access a new alliance store with many valuable in-game resources. Still, these can be purchased using the Honor points you receive for donating in-game resources to the alliance.

Another benefit of being in a big and active alliance is minimizing other players' attacks. Because when they see you have the support of a big gang, they will be afraid of the results they will have to experience if they mess with you.

Even the players can ask help from other players in the alliance to help you speed up your constructions and upgrades. So, do not forget to join an active alliance.

We said earlier that, to upgrade the base, troops players need resources. But how can they obtain the resources they want? Through farming. 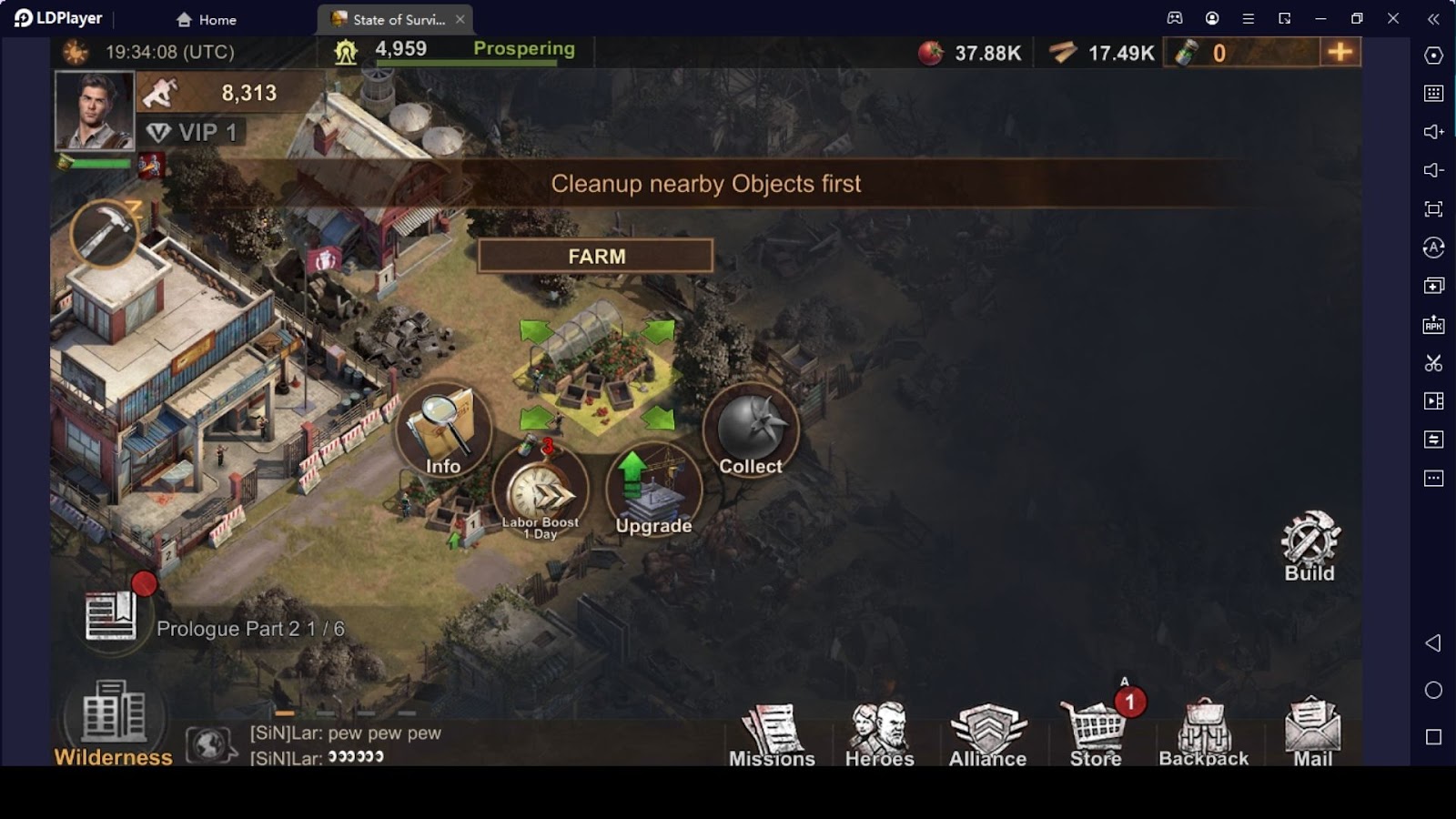 The best way to farm in-game resources is by sending your military units to collect them through the game world map. You will see there are gathering points on the world map; from these, your soldiers can collect the resources they need and bring them back.

You can collect resources through production buildings, but much time will be taken to produce in-game resources when you go through this process.

For more resources, you can check out our State of Survival Codes as well.

Another way of gathering resources is attacking other players with weak military power and piling up their resources. But when attacking other military bases, if you are not confident in your powers, do not attack more vigorous opponents; it will destroy your whole army units.

Besides the multiplayer mode with upgrading military bases, a single-player mode allows players to unlock more heroes by completing several missions. What are heroes for? The heroes are for leading the military troops as commanders, and players can choose heroes that can add extra support to the units. 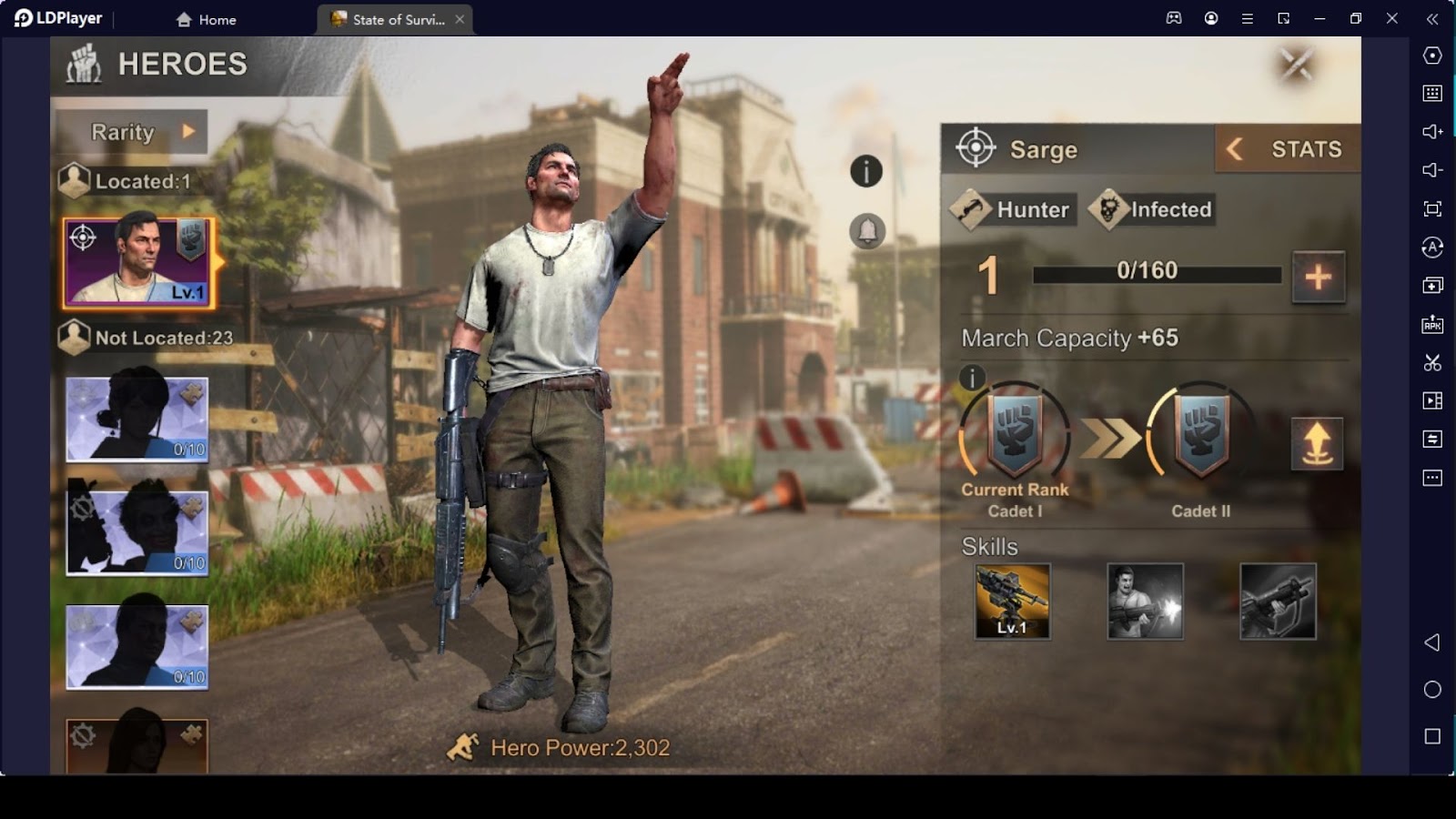 Many heroes excel in different aspects, such as; defensive heroes having excellent skill in blocking enemies' ways and keeping a reasonable distance. The single target destroyers deal massive damage in a single hit and are helpful, especially when fighting with enemy bosses. At the same time, the all-rounders have a balanced combination of healing, Area of Effect (AoE), and massive Damage Per Second (DPS).

In this single-player mode, the goal players must fulfill is to fight against the zombies and destroy all of them, and to do that, players need these heroes and their unique skills in battles. We will show you better formations helpful when fighting against zombies.

If you feel down because of failing in-game battles, you can refocus and regain your lost strength using the missions list. Through all these activities, do not forget to complete your missions given by the game. Daily quests will be updated daily, and checking on these and completing these missions will not upset you but will make you happy because you can collect many rewards when you complete them. 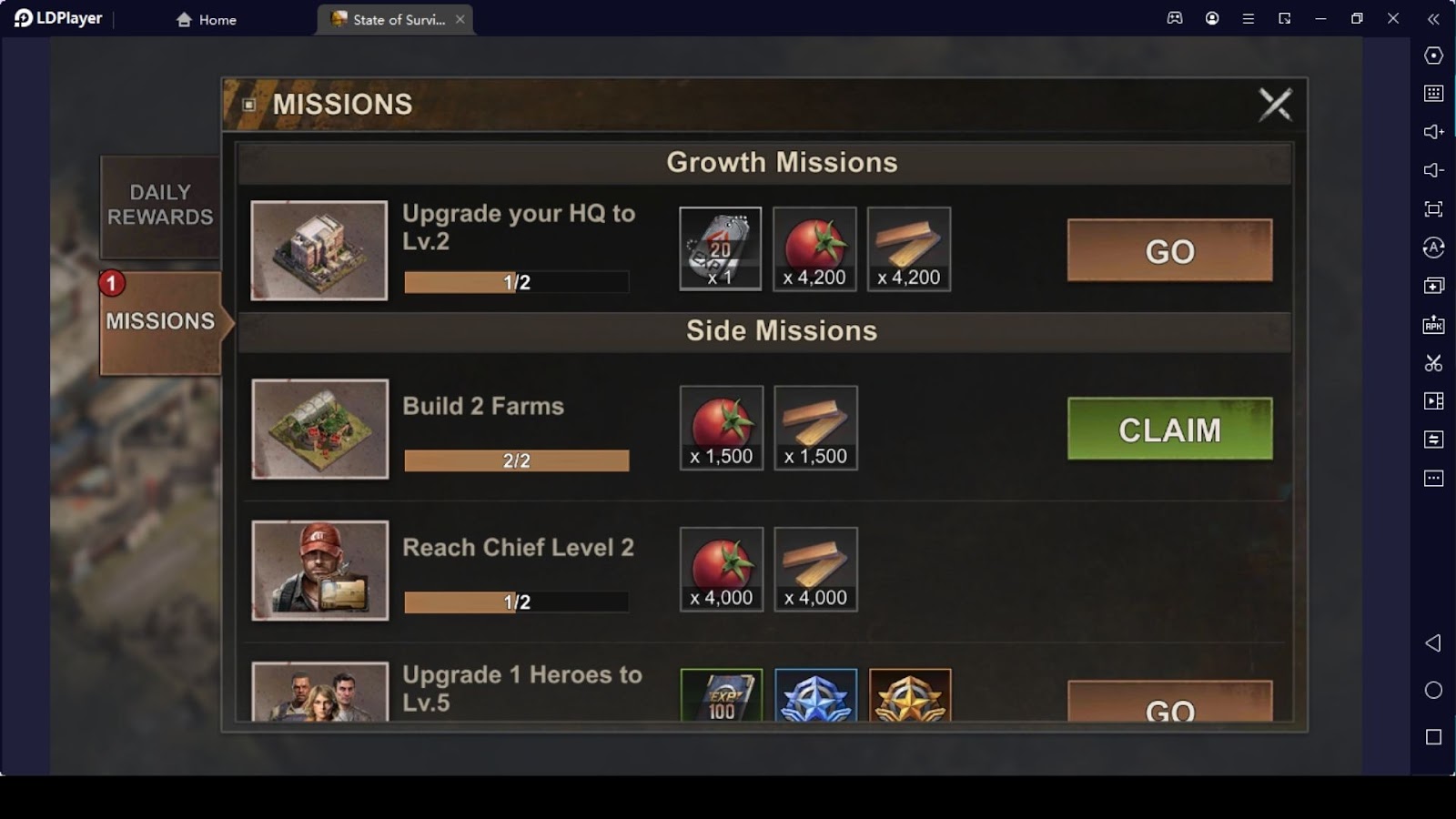 And the following type of mission is chapter missions that reward you when you complete them. But these rewards are way too big and beneficial than the rewards given for daily quests.

More tips to have the best gameplay from State of Survival Zombie War, check here.

So, do not miss these free rewards you can gain by simply completing the missions given in the game.

This is a mobile strategy specially developed to play on mobiles. But everyone likes to play the game with a wider screen with more comfy controls than the touch screen controls with no app crashes. So, the best option to play this game on PC is only the best android gaming emulator, LDPlayer.

With LDPlayer, players can get the maximum joy with the best experience of playing any game, including the State of Survival Zombie War.

With the best gameplay walkthrough given above, we can assure everyone can play the game more confidently. Try the game with LDPlayer to gain more victories with the easy in-game control shortcut options. 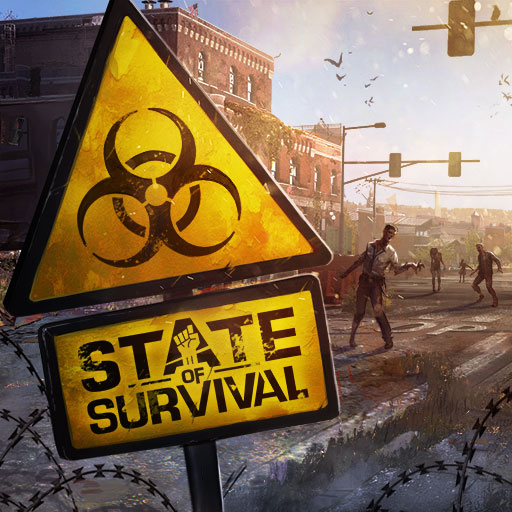 State of Survival Zombie War Tips and Tricks You Must Know

State of Survival: The Zombie Apocalypse – How to Level Up Fast?