Mythic Legends Global Release is May 17

In last year's summer, we witnessed a soft launch for Mythic Legends, and it has been several months passed now. And finally, here they are coming along with a Mythic Legends global version release, which is happening after the game released a limited launch back in 2021. It has all been set up for sign-ups for the US players, and now the chance is here for the Mythic Legends global players. 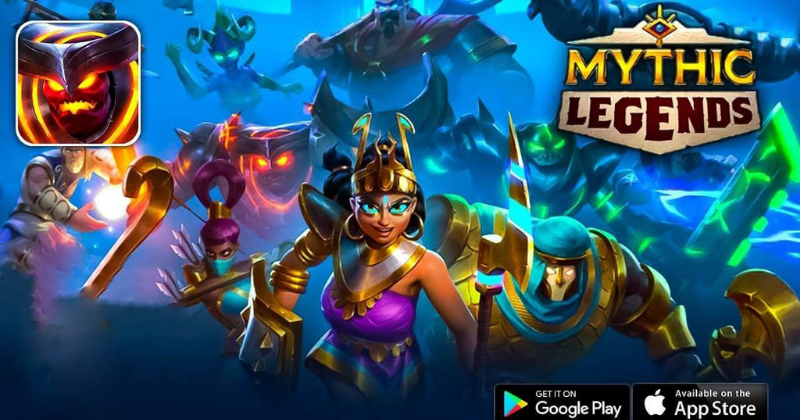 Mythic Legends has been made out with a real theme for the entertainment, and there are so many champions to be collected from the game. The RPG elements, strategies, and auto chess features make this game into one unforgettable entertaining piece. Mythic Legends will give a justified experience with a hybrid system for beginners and veteran players.

As a new tactical game, Mythic Legends mobile will be an excellent game for you to enjoy this month, and it will make your way to the monsters and the legendary warriors. And now, both iOS and Android players will be given a chance to have a taste of this game soon because it was only released for android users in the US back in April. So here are the things we are currently aware of in this Mythic Legends global release.

When Will Mythic Legends Global Will Released

Mythic Legends global release only has several days remaining to have a global launch. It will arrive for all the global players on the 17th of May 2022. And this time, both android and iOS version players are getting the taste of this game without limitation.

There will be traditional auto battles featured in this new release of the Mythic Legends global, and the game will be packed with so many amazing RPG elements. The gameplay will also make you stick with a quest line that makes you stick more towards the game, and so many adventures are here to be released with an aim to encourage players. 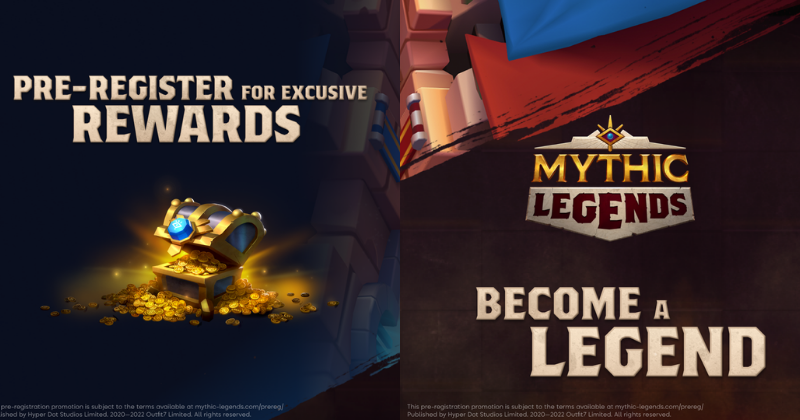 You will have to build up a team here with the proper utilization of characters, and there are so many members to select for your team as well. The characters you see here will be ranged from rangers. Melee heroes and magical heroes, and we have to mix them with strategies to form the best team for the gameplay.

The teams we are creating here have to be deployed within the arena. And so many potentials are there with this game to come against enemies. The gameplay of Mythic Legends will not entirely depend on the AI, and many side quests and tactical battling are there to beat the enemies. There will also be a ranked PVP for your gameplay.

The trailer of the Mythic Legends global shows some kind of a mixture of auto-playing, RPG elements and balanced gameplay. So we really hope that it will be able to pass the traditional approaches of the usual tactical games. 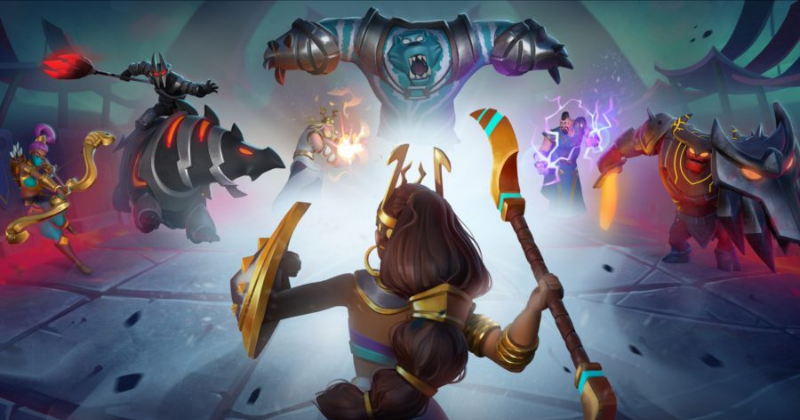 The game revolves around a plot of legend cards and champions. And you will get to see an opportunity to build up an army with legends and champions and then lead them strategically to fight in the arena. The primary features of the game can be listed as follows. 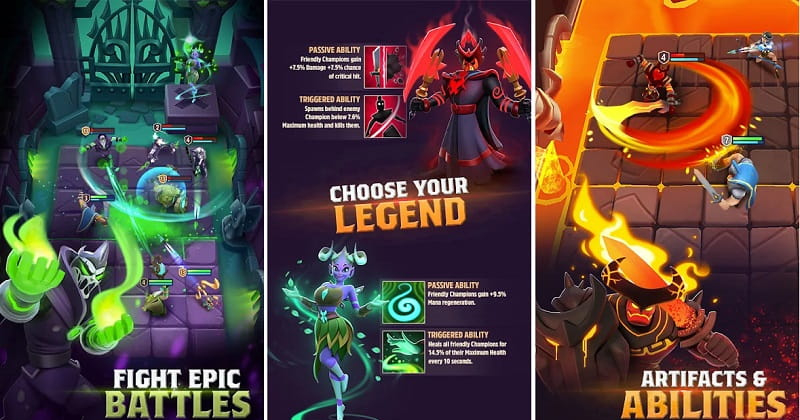 You can have your team created with champions who have been chosen from the deck and then take part in the arena. Your champions are the ones who are going to be fought with the enemies' armies, and players can use magic abilities to have successful synergies over the game's victory. The multiplayer aspect included in Mythic Legends will give you the opportunity of playing against some real-life players. 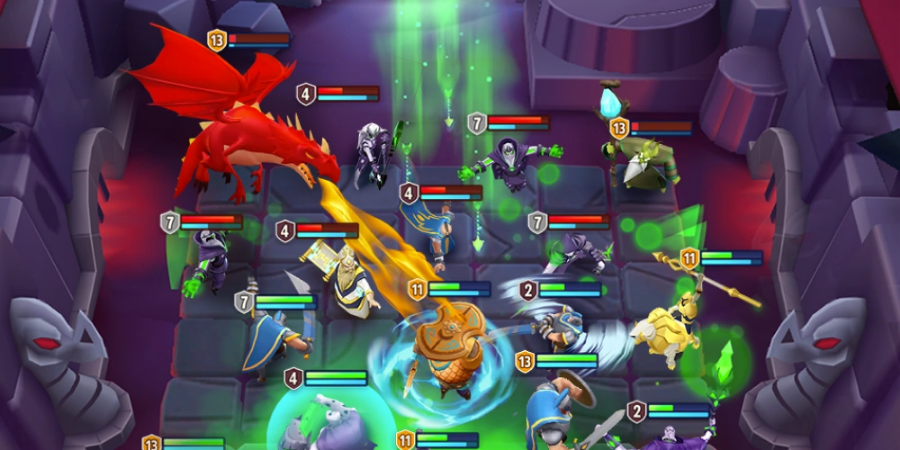 Champions are the ones who are fighting in all the battles, while legends lead them to the battle. Players can tactically use both of their abilities to fight successfully against enemies in the war. There will be several leagues to follow up in the game where we can engage in new arenas with our champions. Then from time to time, progression will allow us to unlock a more powerful champion with multiple classes and origins. We can literally build up an army to win the game with the progression we take.

There will be several game modes featured in Mythic Legends, and we can discover them step by step going through the game. The game modes you can see here are varied from Royale adventure, Gauntlet Tournament, and Ranked mode and comes with dungeon events as well. Every game mode will be challenging, and we can challenge our own selves to beat with dragons, formations and many more.

Every game mode will grant you rewards at the end, and unleashing Mythic Legends battles can create the way to earn the artefacts.

How to Play Mythic Legends on PC?

You can now use the best android emulator: LDPlayer, to play this amazing game with the most optimized features on your PC after it has been globally released, and it takes only a few steps as follows. 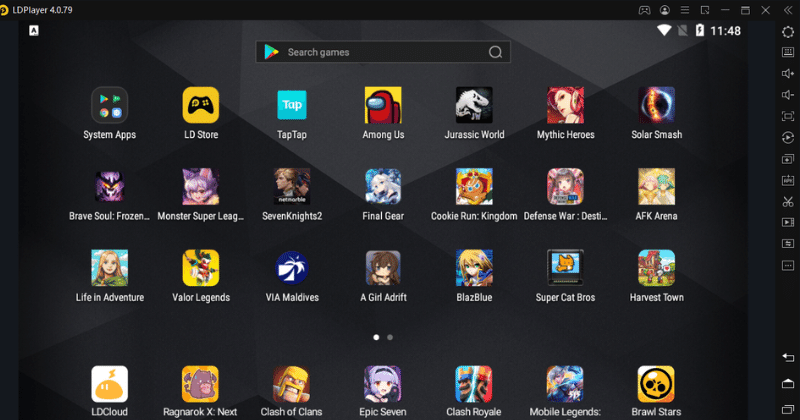 Since this is an RPG game, LDPlayer will allow its users to have their best gaming options like the Keyboard Macro Commands, as it can set one key to all repetitive actions in a battle. So you will be able to have your smoothest and most optimized gaming for Mythic Legends with LDPlayer for sure.

So mark your calendar and be ready for the date 17th of May. Mythic Legends global will be released on this date, and now is your best chance to taste an experience from a great combination of tactical battles, RPG elements and the features enriched with auto chess. Counter Side Global Codes May 2022