Marvel Future Revolution just came out, and everyone wants to grind their way through the top. The game has many different types of missions and has three different levels. These three leveling systems are Squad level, Alliance Level and Hero Level. Both the squad level and alliance level entirely depends on how high your hero level is. So if you are someone who's looking to get better at the game, you need to learn how to level up your character level fast. Below is everything you need to know about leveling your character up fast.

The game has different worlds in which you can do different missions. The first three words in the game are New Stark City, Hydra Empire and Xandearth. These cities will be available to you at early levels, meaning they are the only way for you to level up efficiently. However, not all the missions will give users the same amount of experience, meaning choosing your missions will be very important.

For starters, in these worlds, you need to focus on the purple quests only as they will provide you with the most XP in-game. The green and yellow quests are better left ignored as their experience is completely not worth your effort. Plus, after you reach a certain level, you will be able to get into higher Worlds, allowing you to get more experience making these side quests irrelevant.

The best thing for you to level up is to complete all these purple missions and unlock Asgard and Sakaar as soon as possible. Compared to the previous three ones, these worlds are completely different due to the sheer amount of experience they give out. Yellow and Green Quests' early games are a complete waste of the players' time if they are trying to increase the level of their heroes. These quests are so low on Exp that in some cases, the mission will give only 5 to 10 percent of what a purple mission usually gives. These missions are only in-game to kill your time, so it's better to ignore them early in the game.

When you reach level 54, you will be able to unlock Asgard and Sakaar. These two worlds, compared to the previous ones, give way more experience. The Green Quests are usually done alongside the story missions making it easier for the player. But these missions are harder compared to the greens one you face earlier in the game. They require a fair amount of additional mob killing, making you use your potions and heroes' signature abilities. Also, doing all the green quests in the area before approaching a purple will increase your odds of completing purple quests.

Yellow quests, on the other hand, are easier than Green quests. Yellow quests come to the players in the form of a pop-up based on the location of the player or if they stumble across an enemy. Yellow quests are very easy to complete and take a minimal amount of time from the player.

Purple Quests are your friends when it comes to Levelling up your heroes in-game. Purple Quest single-handedly can help max your hero level. Whether it's the early three worlds or the last two purple Quests are a must. These quests are part of the main storyline. That's why they offer you such high experience for you to level up. Apart from experience, these quests also give you a good amount of resources, making it easier for you to craft your costumes for extra Power points. 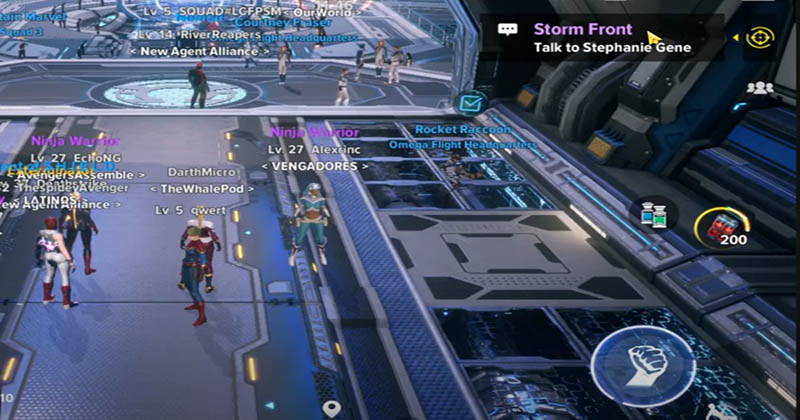 AFK Farming is a great way for players to increase their levels without spending a lot of time on the game. There are many tedious missions and zones in the game which can be time-intensive to take care of. So to speed up the level-up process, buy some health potions and start fighting mobs of enemies overnight. AFK farming is a great way to increase the early game levels and hunt for different regional sets. It also helps you get a ton of gold from doing the lower-level missions repeatedly.

However, At early levels leaving your character out fighting against low-level enemies and leveling up overnight doesn't seem that much of a deal. Your hero gets stronger, and you gain a few levels overnight, and you aren't even running out of portions or gold, and it seems very worth it. But as you progress further in the game, you start realizing how taxing this AFK strategy is on your gold and potion supplies.

As you progress to higher Worlds, the enemies you face also get exponentially harder, making every fight very taxing on the hero's health bar. Due to the increase in the difficulty of the enemies, your hero starts consuming more Health Potions, making it not a cost-efficient option anymore. If let overnight at a higher level, a hero can consume up to 100,000 gold worth of potions making your reservoirs empty and only rewarding you with 5-6 levels depending on your current level. If the gold supply is not a problem for you, then you are free to do so; otherwise, it's better if you don't use this tactic. Regional Gear in-game are very rare items. This Gear looks like the usual version of a six-star costume for a hero, but they have a glowy background and rays coming from the background. Regional Gear, compared to the normal Gear, gives the user higher stats than the normal version. This makes Regional Gear the best costume a person can get in the game. However, getting your hand on this Gear can be very tedious.

So the best way for a player to get his hands on these costumes is to AFK farm this specific set in the region it's found. You can go to the reward list and check out which region offers which Gear. So you can easily get the costume you want. These sets have a very low drop rate, meaning that it's going to take some time before you can get your hands on it. So it's better for you to leave your character AFK farm for a while.

Maxing One character as Fast as You Can:

When you start playing Marvel Future Revolution, you will realize that apart from the usual character, there is something called Squad level as well. Squad level in-game is the collective level of all the squad members you have in-game. The higher your Squad level will be, the more buffs you will get in-game. These buffs are not that useful for your first character, but they greatly affect your other characters.

These buffs are very strong compared to anything when you start building a new character. Meaning that they will let you deal an insane amount of damage and even one-shot a lot of enemies and save your time. So if you want to level up your secondary heroes quickly, you need to max one of your characters first.

Save Good Badges for Secondary Character: Instead of dismantling badges every time to get yourself some amount of gold. It's better to filter out some good ones for your other characters. Having good badges early in the game will allow your new characters to beat enemies with ease. So if you are leveling up your second character instead of dismantling those five stars badges, save it for your secondary so they can easily do missions and level up quicker.

Getting Titles for Those Extra Stats:

For every ten levels that you increase in-game, your character gets a title. There are a total of 10 titles that each character can get in the game. These titles can be really useful if utilized right. Each title provides the player with different stats depending on the player's level. These stats can increase your character overall power by a lot and help you level up really quickly. So keep an eye out on these titles, as they will help you greatly in leveling up.

Marvel Future Revolution is a game in which leveling up your character can be a real hassle. As there isn't only one character in the game but an entire squad to do so. But the above guide helps you completely neutralize this problem by giving you tips and tricks on how to level up your primary and secondary character. This guide contains everything you need to know about leveling up your character, and if you are looking for some tips and tricks on Marvel Future Revolution, check out our guide.