Are you interested in a game combination with Role-Playing and Real-Time strategy games? If so, you are at the right place. The Kingdom Maker belongs to RPG based on strategies. This is a massively multiplayer online game that allows the players to make allies with other Kingdom builders, and the game is free for everyone who likes to play. 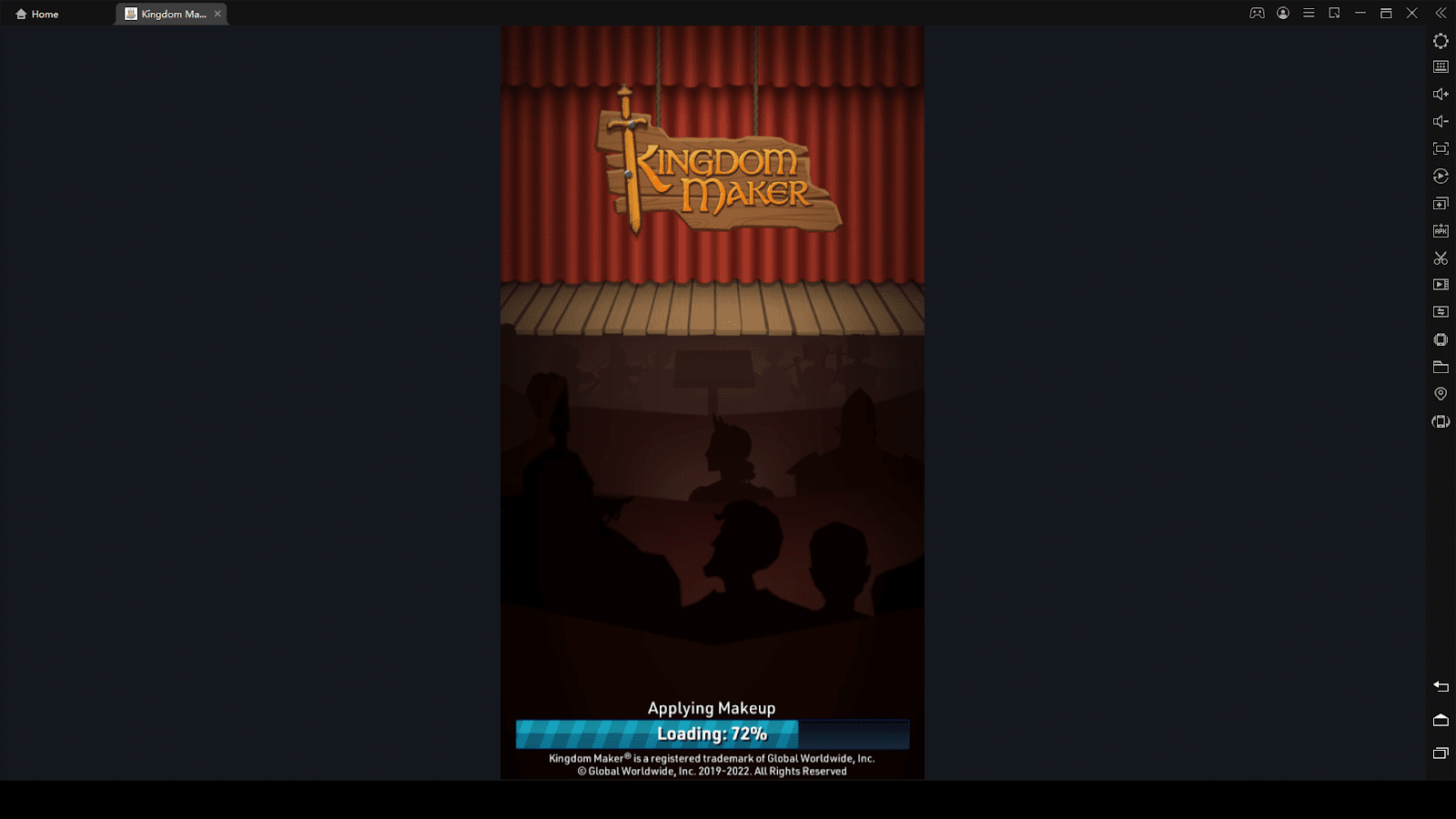 The players have to rescue the Kingdom from orcs and build up the ruined Kingdom and turn that cursed land into a prosperous land in this Kingdom Maker game. There is more than building the Kingdom into a beautiful and rich one in everything. You have to train the troops to battle with other kingdoms and orcs to conquer the whole world. To do this, everyone needs a guide to direct them into better gameplay. Otherwise, it’s too harsh to accomplish things on your own.

At the end of this guide, we can assure you will know the key points that affect the improvements of the game progress and the strategies to use to be a successor in the Kingdom Maker. You do not have to worry about a thing. Everything the players need is in our guide.

The noble family mainly has two characters at the beginning of the game: the King and Queen. Players must choose one character between these two to progress in the Kingdom Maker.

You must focus on increasing the noble family as there are only two nobles. To do that, the game allows the king and the queen to interact to have babies. When the baby is born, the player must choose a role, and the baby will be given the responsibilities according to the position you choose for him to be in the future. 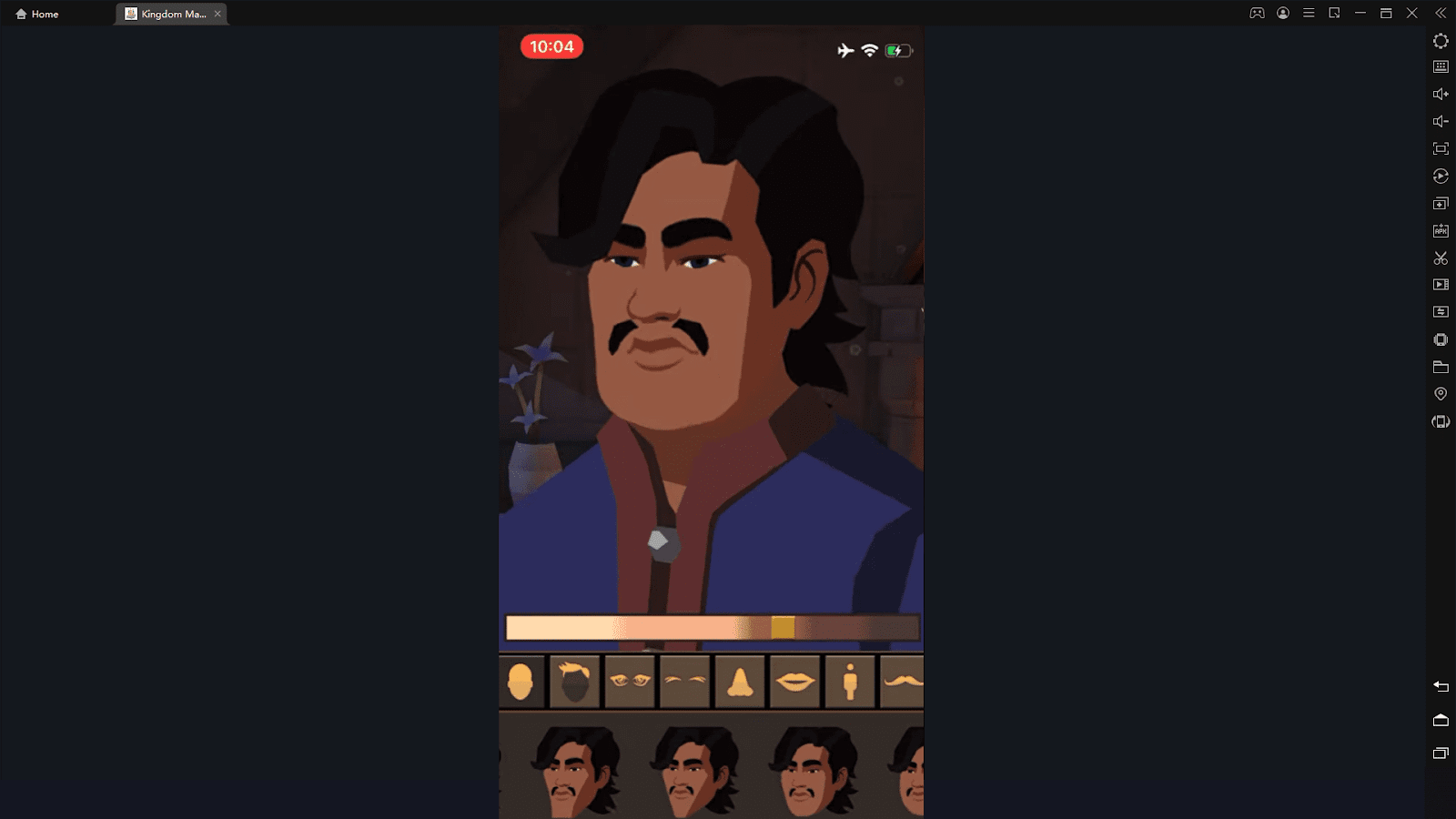 There are three roles: Merchant, Commander, and Explorer.

The most important thing to focus on in this Kingdom Maker game is the combat. You need to build up a good military force and assign them under a noble person, and if that noble person being a commander is the best choice, you can select to handle the army.

Before gathering the troops to battle, consider the following facts. The Kingdom Maker allows the players to farm and collect many valuable resources, which are very helpful in leveling up faster in the game. There are mainly six resources, 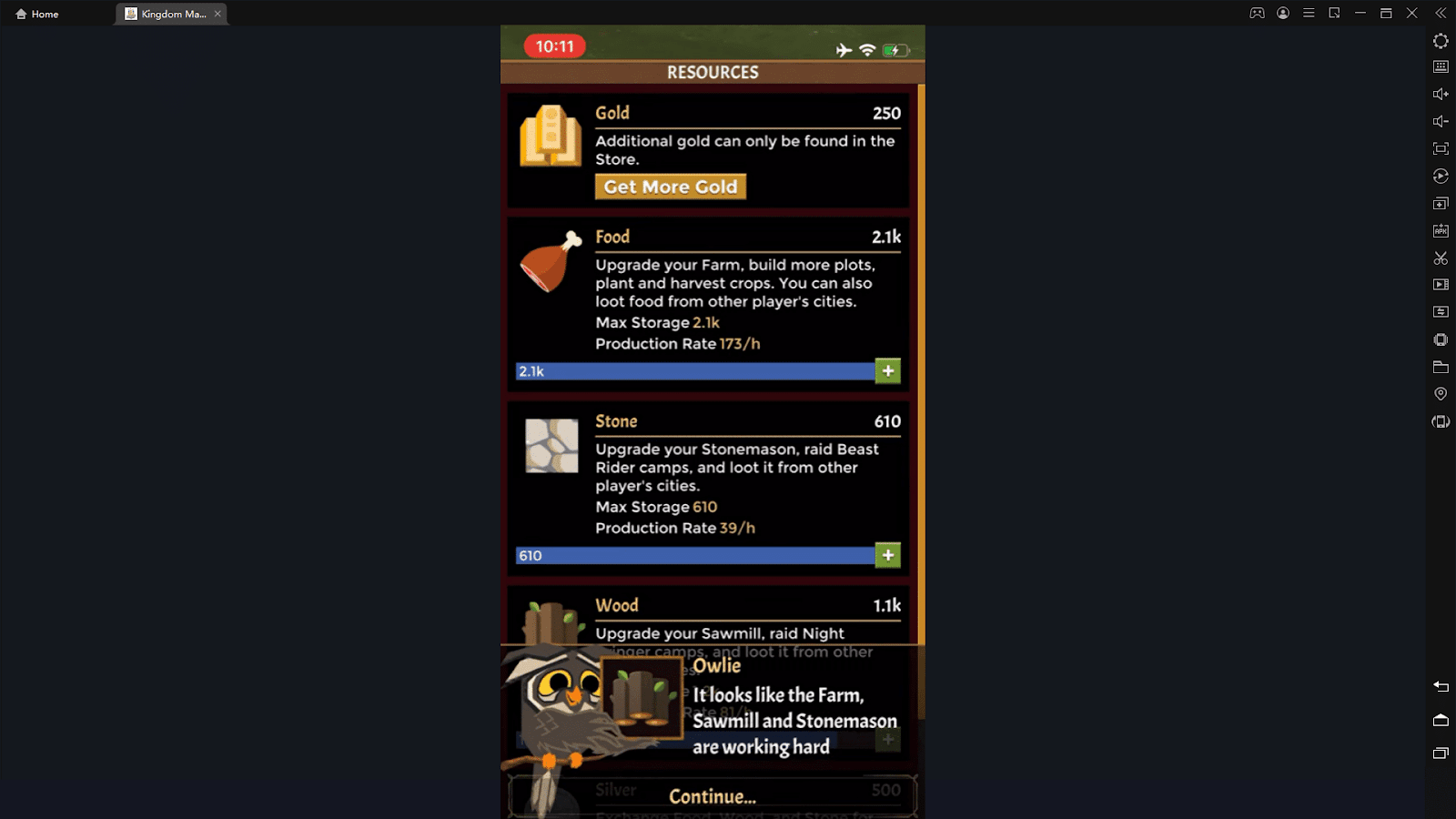 These resources are very needy when it comes to upgrading, training, building and everything else. So, the players will run out of resources easily.

The hardest resources to earn in the beginning are wood and food, and you need to keep an eye on these two and always try to pile up some food and wood.

You can collect these above resources by attacking other kingdoms and exploring dungeons outside your Kingdom.

As mentioned above, the commanders who lead the military units must be noble, but the Kingdom Maker allows players to hire special teams called champions, which are very helpful in guiding the sub-army units.

These champions are equipped with very useful buffs in battle, and these buffs differ from military point to point. So, before assigning the champions to military units, check whether these champions match the military departments.

Training your military troops is as important as battling in the Kingdom Maker game. There are four army units here, and you need to train the troops to get their maximum output. Players can use housing, barracks and academies to prepare these troops. If you ignore these free daily rewards, you will regret it later because these chests include many useful resources like wood, XP, and stone that help you reduce the build times. There are many special points you can see on the map as orc camps, dungeons, mines and trade posts, and in this part of the guide, we will explain all the features on the map. 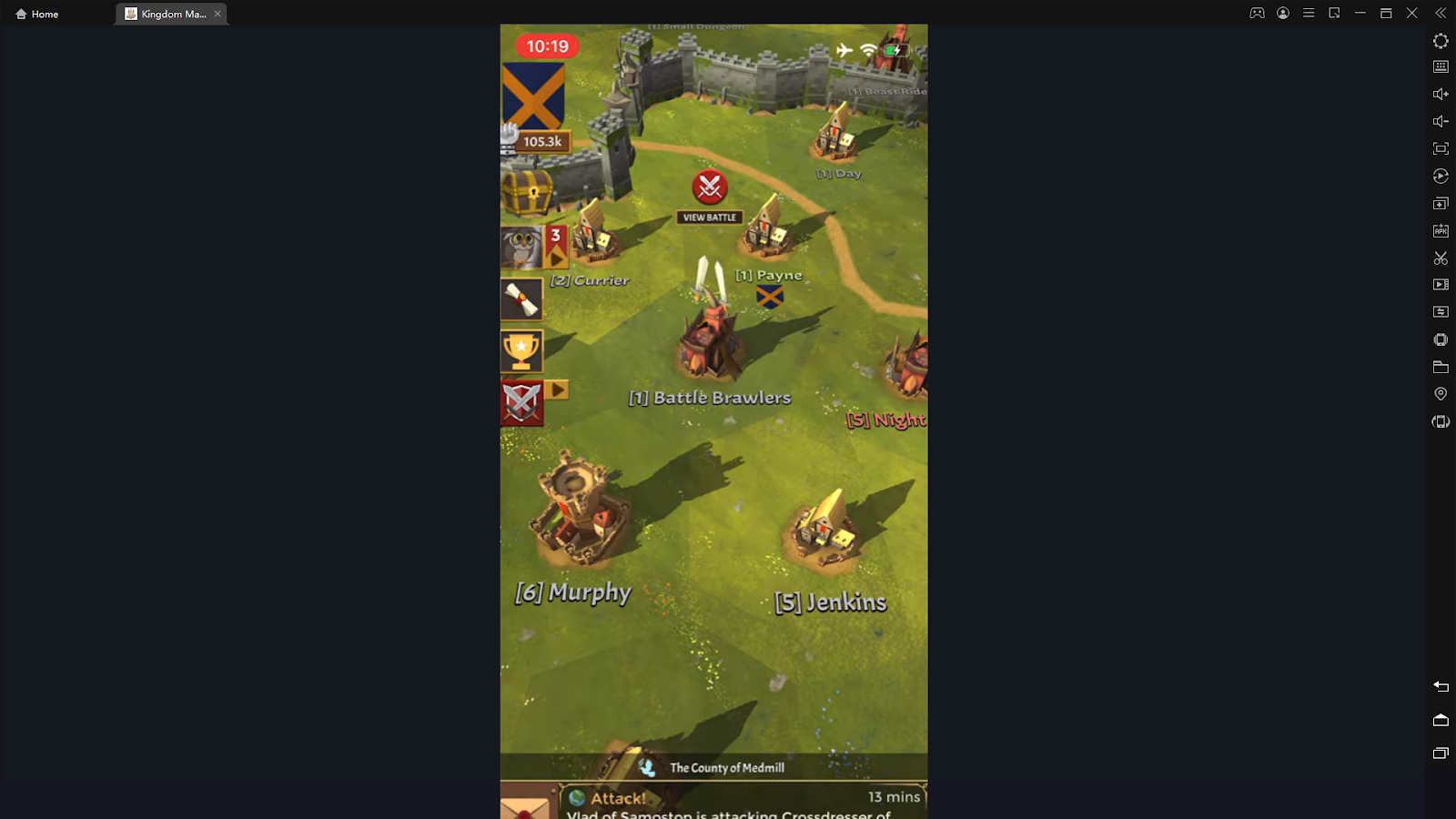 The noble family is the highest in the Kingdom and the place where the noble family lives are called the Keep. There are different ranks for the nobles to be born; these ranks are mentioned below, from lower to higher.

When a noble baby is born, you cannot guarantee that you will have a baby with the best rank with best powers. 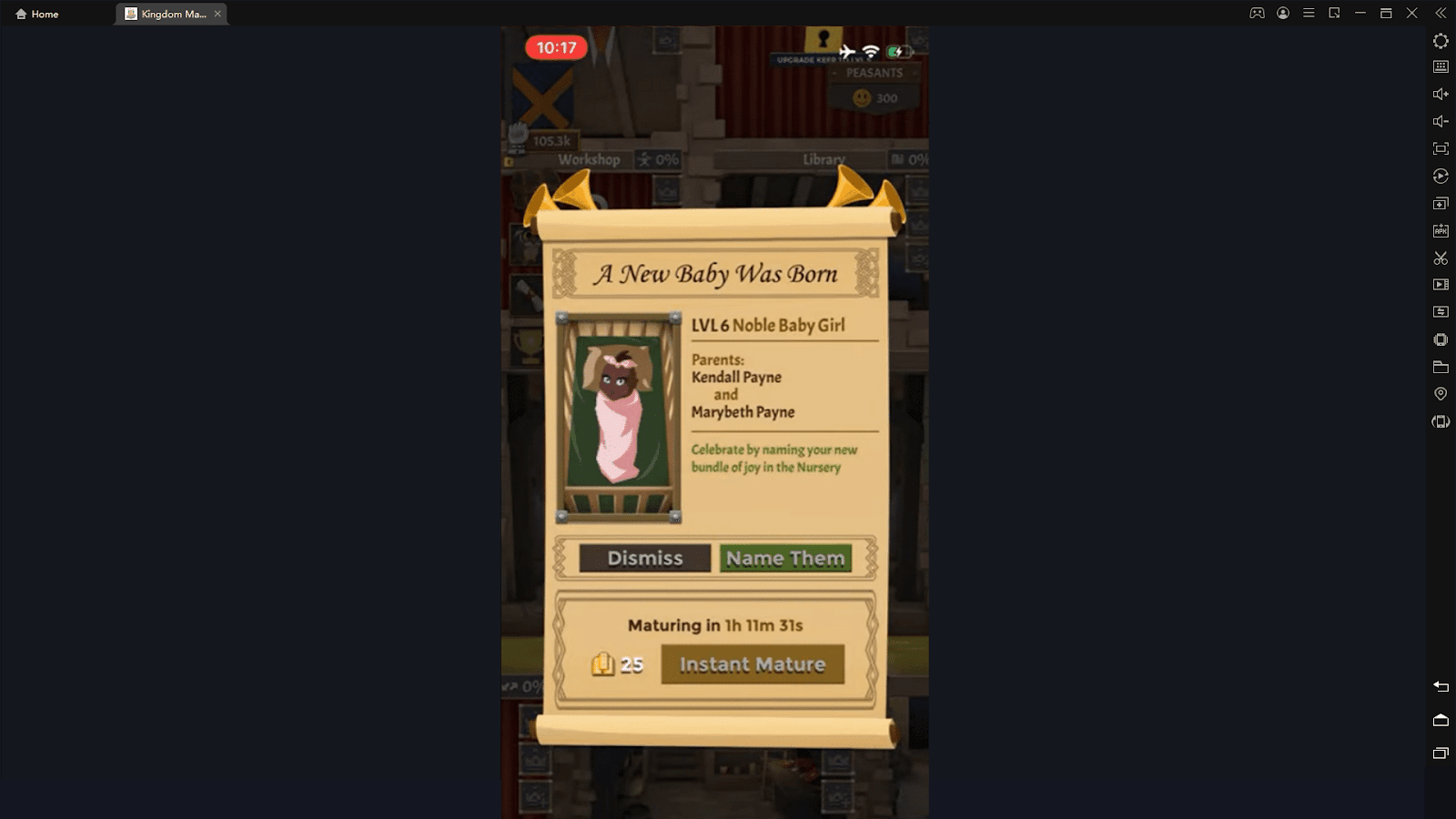 But with the best android emulator, LDPlayer, you can achieve the best powers for these nobles because you are going to move them with the whole power with the easiest controls. And handling these nobles is no longer an issue as you can put some shortcuts for the gameplay with the Keyboard Mapping feature.

And if the nobles are stuck in repeating the same process over and over for fighting, attacking, and so on. Setting one key to all those actions will increase the efficiency of your noble with the Keyboard Macro Commands.

We wish you to create the best Kingdom with the best militaries and economy for Kingdom Maker. Do not stop after building up your Kingdom. Go forward, battle, make all other kingdoms your colonies, and spread your command throughout the world.