Brawl Stars season 14 is here as season 13 has ended by now, and it will provide you with a lot of skins, cosmetics, and gadgets. There will be a lot of things that will be changed in the game, including new brawlers, and this is what you have been waiting for. And today, we will see what things we have to catch up with in the new season 14. 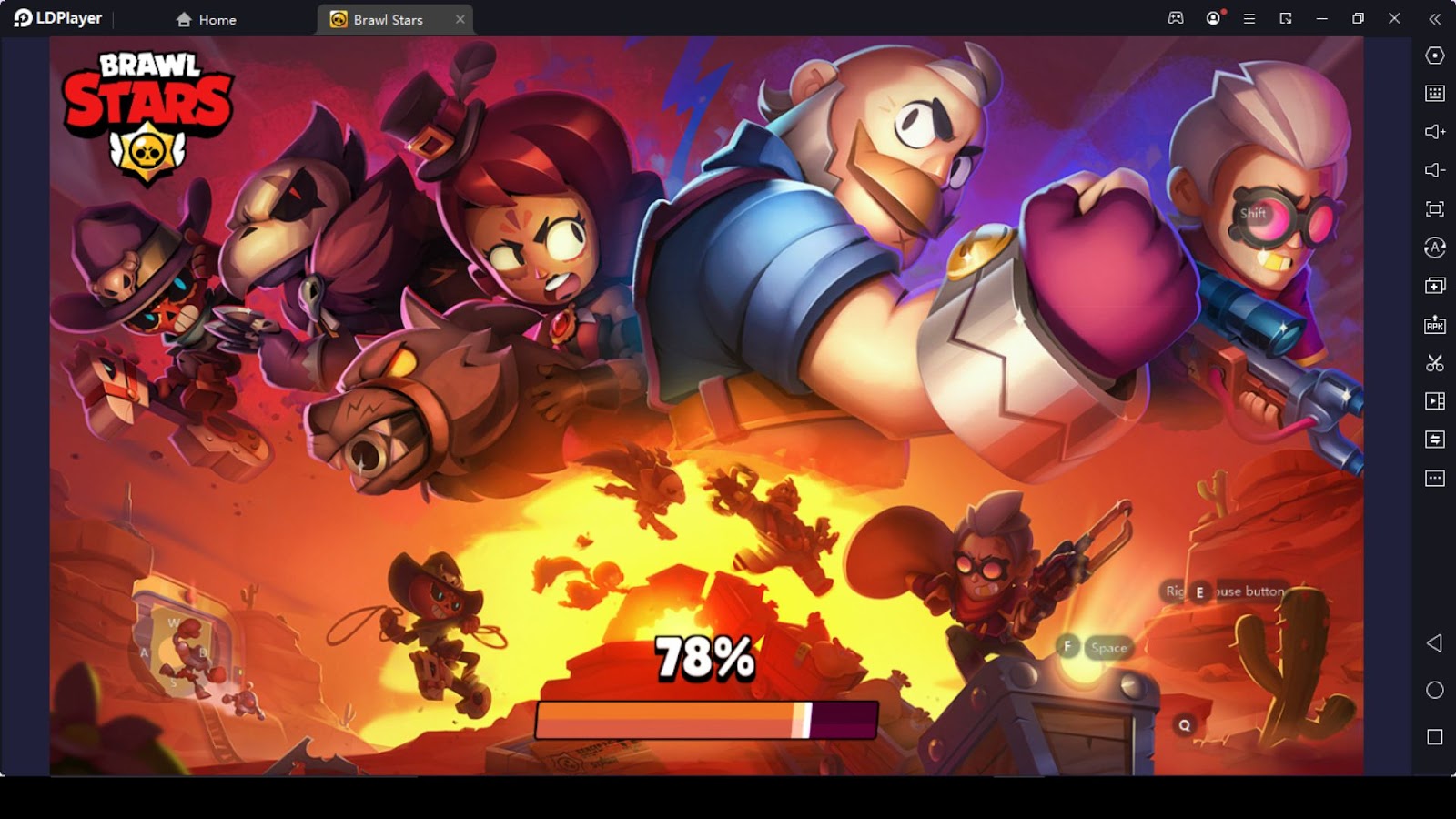 There were a lot of rumors before the new season arrived in the world, and now that it has arrived, you all have the best chances to enjoy the game's new content. The new season has been named the Robot Factory, and before this official launch, we saw eight new skins with the game, and there were expected Robot remodels as well.

The theme of the new Brawl Stars season 14 will be the same as its season 8, and you will feel much more familiar with the game than you expected. However, the theme is not the point that we want to discuss here because this is a full guide for the new contents of Brawl Stars season 14 Robot Factory. Let's start.

Two new brawlers will be introduced to the game, Sam and Gus, and let's have a brief idea of them as follows.

Sam as a New Brawler

This will be the newest brawler launched with the new Brawl Stars season 14, got a unique gaming play than others, and some personal beef comes with him for the Starr Park robots. He is a new melee unit and going to be the second member of the Wild West Trio. At the early stages of the new season, you will be able to see Sam, and when you reach tier 30, you can have him. 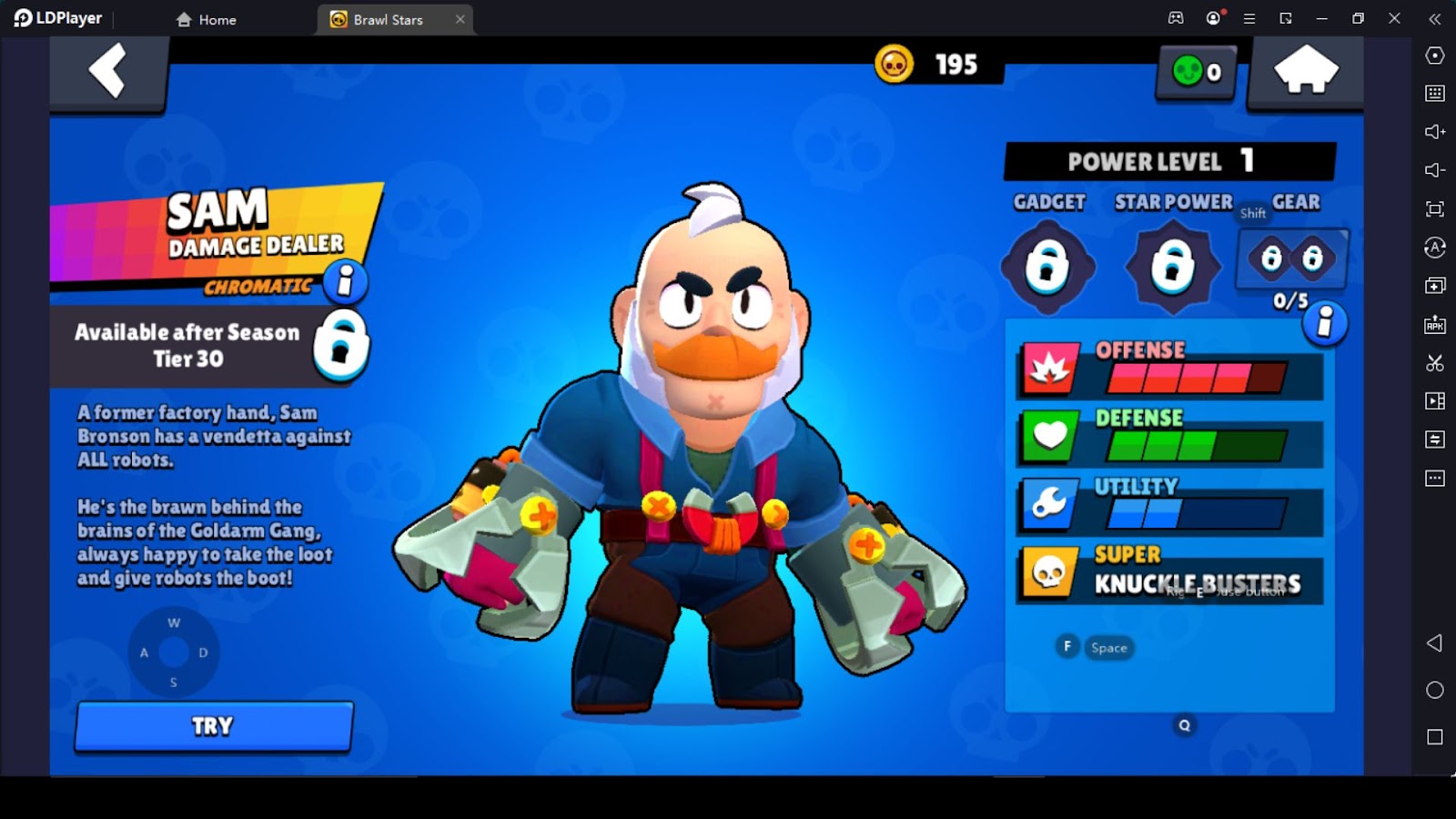 There will be some special knuckle-buster weapons that come with this new brawler, and because of that, he will have some iconic abilities to make himself different from others. Always equip him with Knuckle Busters as he is faster and does the best damage from it, and he will also make a powerful closer-range attack that can affect so many enemies at one time. When you have equipped Sam with the Knuckle Busters, you will also notice that he is going to have a full super bar with him.

Gus as a New Brawler

The second new brawler for Brawl Stars season 14 will be Gus. Gus will be launched to the game at the end of September, and he will be a supporter who can protect and heal his allies. This will be a super rare unit, and he is going to have a new bar with all his attacks. When Gus's bar is filled, he will make a blue ghost on the map with his next attack, and it is for the allies. Allies can touch it and then heal. Gus will be really helpful because he can launch several ghosts on the map at one time.

There is this Super that comes with Gus to cast a shield, and it can protect himself as well as the allies. Aim the short and make it land to the ally so it can cast Gus's shield to allies and if you want to make it cast for himself, click on the super button.

The new Brawl Stars season 14 will bring you eight new skins for the players, and they will be the brand new brawlers for you. And let's identify them one by one from here. 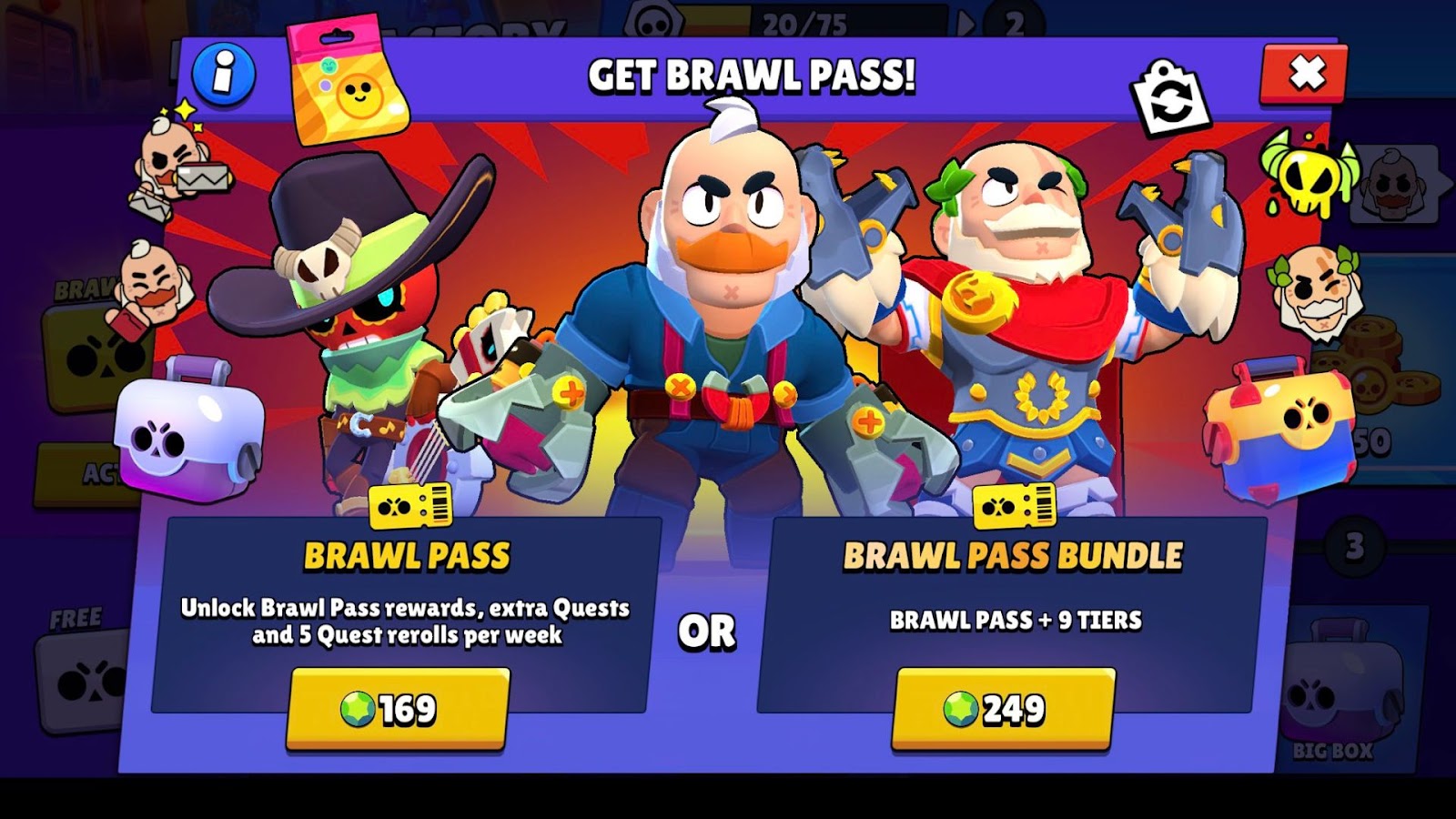 The new Brawl Stars season 14 season will introduce a new brawler skin for Sam, and he is coming from the chromatic rarity. It is said that this Sam is a part of the premium Brawl pass, and if you want to make him unlocked, then you will have to reach tier 30. As a melee unit, Caesar Sam will be available for you at the last tier, and it is the only place he has with this new season. This new brawler can chase his enemies away by using some enhanced gloves.

This is a female brawler introduced to the new season, and you can successfully use it for completing the Calamity gang. She will be featured as a part of the Power League skin, and when you are playing in it, you will be able to unlock the precious Lawless Lola as a brawler for Lola.

This is the third brawler skin that has been brought to life by the new Brawl Stars season 14 Robot factory, and the Wild West features have inspired him. Poco will get this as his new skin, and he then can successfully take down the enemies when the Brawl Pass of season 14 is available with Brawl Stars.

This new skin for Squeak is a gift for the moon festival and will be a new skin to be a part of Asia's Moon Festival. Any player who would love to take part in this skin can buy it from the in-game store, and you are going to need some gems for it. This is not just a skin because it has been set to release with a lot of giveaways.

Crowbone will be an unusual brawler skin that will be added to the game with a new season, and here the Crow will be joined with the Lola along with the new skin of Calamity Gang called Crowbone. Crow is receiving this new skin from the new Brawl Stars season 14 season, and you can buy it by using gems from the in-game shop.

This new skin from the new Brawl Stars season 14 is for Pam, and this is a meme that comes to life. Not many details have been revealed about this skin, but the game developers ensure that they will reveal why it will be useful later. Just like the Crowbone, you will have to buy this skin from the in-game store, and you will have to use gems for it.

Season 14 will take players to have the Trick or Treat skin for Leo for this Halloween season, and it must be brought from the shop using gems. This will not be the only Halloween theme the game will offer you, but still, this will be the only one you get from season 14. Other Halloween themes will be launched to the game in a different season or an update.

Our last skin for the new Brawl Stars season 14 will be Mecha Mortis, offered for Mortis, and he will also be offered as a 299 gem skin bundle. It means that you will need 299 gems to buy this skin from the in-game shop. But this new skin is worthy of that because there will be many visual effects and voice cover features in this new Mecha Mortis skin.

The players buying this skin this month will be offered a profile picture, a spray, and a set of exclusive skin pins, and they all are free. There will also be two color variations to be unlocked by buying it from the shop, and it is going to need only 49 gems for each color.

There will be a new remodel for the Robots design, and it is going to be offered with more shine and a more polished look. There will also be a new reword for the gears, and more sprays, balance changes, and bug fixes will be set there with the new season.

Gain the Best Performance from All Brawlers

If you want to make it to the super performance from all the brawlers with this new Brawl Stars season 14 Robot Factory, we advise you all to go with LDPlayer 9 as it has the Keyboard Mapping to advance your gaming now more than ever.

The Keyboard Mapping will make it easier for all your controls with W, D, A, and S keys, and if it is not enough, you can also set whatever key you would like to handle with all your movements here. So you are going to reach for the best performance from all brawlers without putting too much effort into them with your gameplay. 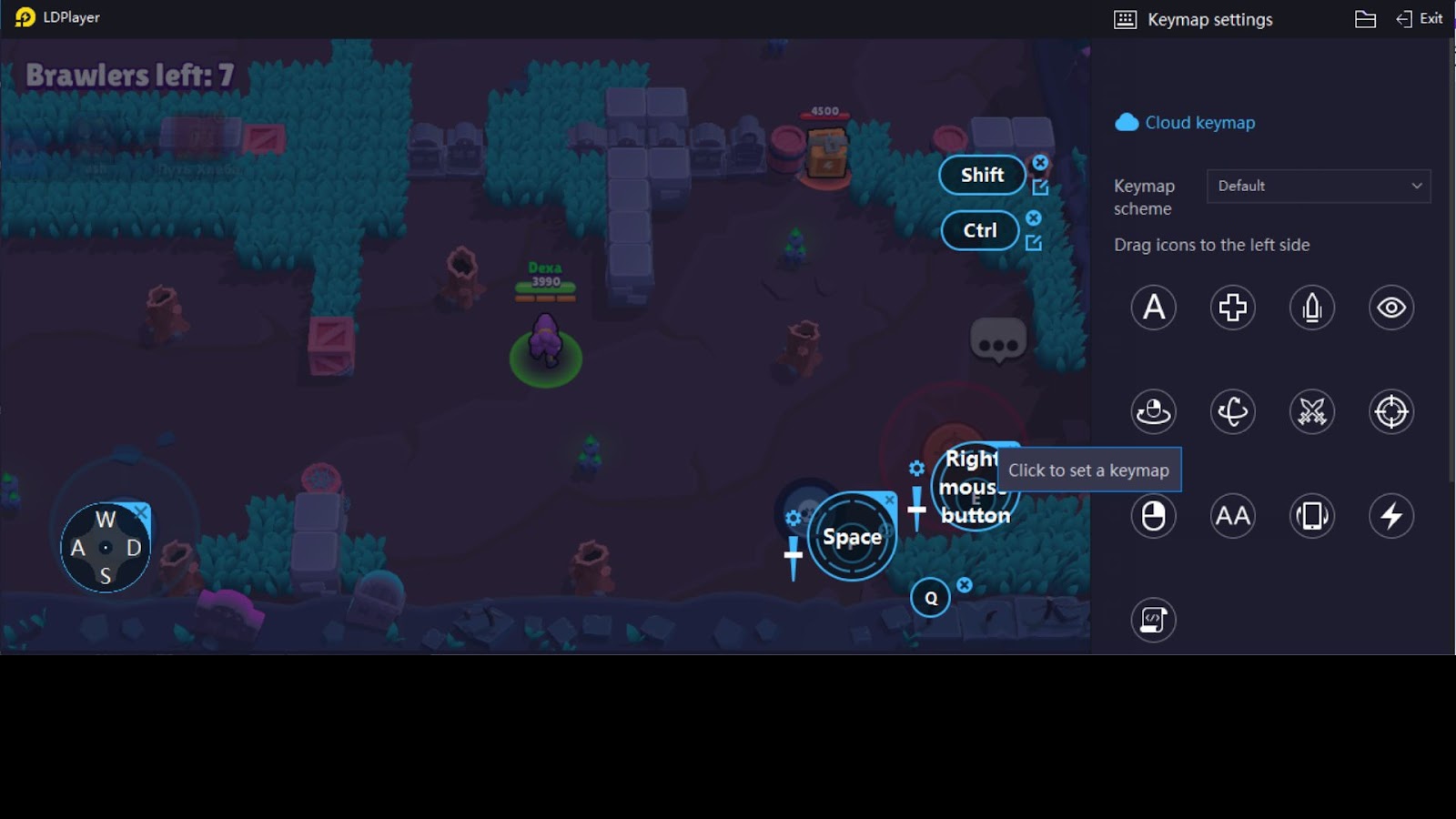