Belle is one of the nest Chromatic Fighters added to the game from the Goldarm Gang update with a high amount of damage and low tankiness. Here’s everything you need to know about the Brawler including how you can get good at her alongside tips and tricks that should help you player her better. Since she is a Sharpshooter, she won’t be sustaining a lot of damage but will be dealing tons of damage. If you have not checked her out already, you can download Brawl Stars for free on LDPlayer. 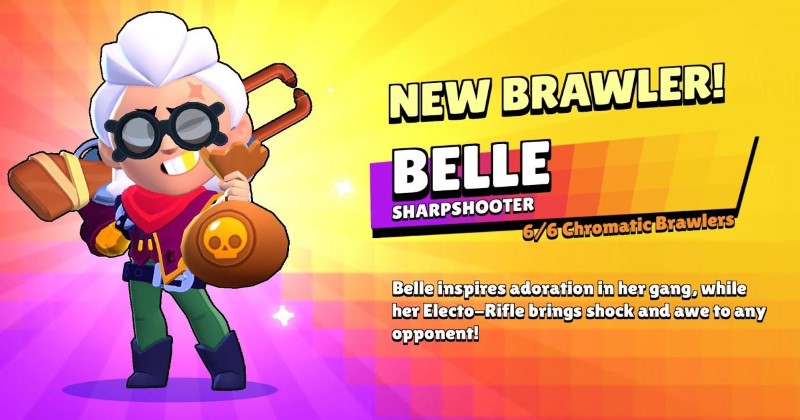 The Chromatic Brawler can be unlocked as a Brawl Pass reward at Tier 30 in Season 6. She can also be obtained from Tier 30 in the Season 6 Pass. In most cases, she deals with a high amount of DPS and has a quick reload speed with low health.

She has extremely high / long-ranged electric bolts that also bounce between other enemies. The Super she has fires a marker that deals a low amount of damage but boosts any damage the person will receive who is marked. This effect is also broken when her Super is used on someone else. Her Gadget has her drop a trap that invisible which deals damage while also going for a small slow for enemies that end up triggering it.

Her Star Power, Positive Feedback also grants her a brief shield whenever an enemy is hit with her attack. Her second-star power Grounded also disables enemies from reloading as well when they are hit by her Supper.

Here are the basic stats for Belle:

Shoots a long-range Bolt which deals damage to any target hit. After a small delay, the bolt will then jump to another target which deals damage causing you to jump to the next target. Belle then fires an extremely long-range attack that bounces from each enemy to the other which is within 3 tiles of each other until these bound about 3 times.

Enemies will then bounce from one attack to each other at a time regardless of the fact if they hit multiple times even from separate attacks or not. These bolts then have a one-second delay of stick to a target before they start bouncing which also have a one-second delay of sticking to a target before they bounce. There is also an attack cooldown of 0.5 seconds.

Belle fires a shot that ends up marking any opponent it hits. The opponent that is marked will take extra damage from every source. A target can only be marked once. Her Supper is a ranged attack that deals a minute amount of damage to the enemy that is marked. The enemy will then take 35% extra damage from every source until they are defeated when Belle ends up using her Super on anyone else. One enemy can only have this status effect from Belle. The effect will not work on targets that are immobilized and will still work on Siege Bots. It also stacks on top of other damage-boosting effects which also act as a multiplier. It also does not stack with Supers from other Belles as well. The marker, however, is not visible when the enemy is in bushes.

Deploys a trap that is visible for a few seconds after it is placed before it becomes completely invisible. The skill is quite similar to Bo’s mines. These traps will end up remaining on the map until it is triggered by enemies who walk over it.

Traps can then be placed on the map without any of them disappearing. When they are triggered, they will deal 500 damage to a victim with other enemies within their 3 tile radius and also slows them down for 3 seconds. 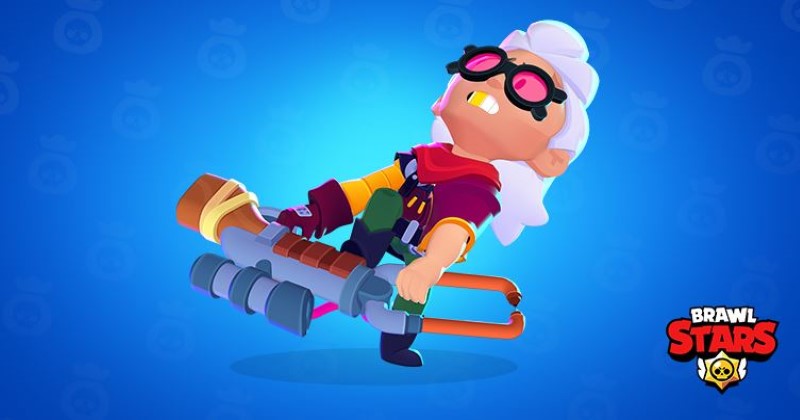 Whenever Belle Electro-Bolts a target, she gains a 25% shield. She will receive a shield by 25% for about 3 seconds. This also applies to other bounce shots and the duration doesn’t stack but does reset.

In Grounded form, when the Brawler uses her Super to mark the Brawler, the marked enemy will not be able to reload for 3 seconds. However, they can attack with the ammo they have remaining. However, this does not let Brawlers like Carl attack at all.

Even if she fired another Super onto another enemy Brawler before the 3-second duration is up, the target will still not be able to reload. The Star Power does not affect entities who are not brawlers such as Bosses in Boss Fight.

Tips and Tricks for Belle:

Belle is incredibly powerful on tons of modes like Boss Fight, Super City Rampage, or Big Game. It will increase the damage your party deals due to your marking ability against the boss. You can take advantage of the enemies that are grouped up, enemies, boxes, or spawns as well. She can also use her Nest Egg Gadget to bring enemies close and for her attack to bounce one more time.

When under the Boosted Damage buff, her Super makes her a great counter to tanks. The boost will also let her teammates deal enough damage to kill tanks. This also helps get rid of the Brawlers with a ton of power in Showdown. These can be extremely challenging to defeat in the later stages of the game where she is limited in terms of her attack maneuvers by poison clouds to maintain her distance from enemies as well.

Since she is a sharp-shooter, you should always position her away from everyone else. Do not try to move closer to enemies and always try to have an escape route in your mind. While you are somewhat mobile, you do not have any ability to push yourself away from anyone else. So, keep that in mind. You are much better off at using your Bounces to scare enemies away and to deal tons of damage from afar rather than getting up close since that probably won’t be ending too well for you.

It is important to note that Belle’s Feedback Star Power’s duration does not end up stacking. So, you should always conserve your shots to prolong the overall duration of the shield. Conserving shots also helps you gain a better chance of surviving as you have no way to push enemies away.

Belle turns out to be really great for 1v1s due to the extra amount of damage she can deal with her Super which makes her extremely powerful for 1v1 interactions since her survivability increases tremendously while on the other hand, marking the enemy decreases their survivability.

Up Close and Personal:

Since Belle has low health, getting close to enemies really isn’t an option. With some Brawlers like Piper who has her Super to escape from Brawlers who are close range, Belle doesn’t have a lot to defend herself at close range. So she’s quite vulnerable to heavyweights and assassins as well.

If you are running away from Brawlers like these, you can lay your Egg Gadget behind them to deter them from reaching you as disarming the Gadget is not really possible without getting slowed. Plus, if you have your Super Charged, you can fire her Super onto the enemy as well so they end up receiving a higher amount of damage. Plus, her momentarily Star Power disarms them which is quite advantageous. If you do not have her Gadget Charged up or her Super to, make sure to predict the movement of the enemy Brawler so you stay moving.

Belle’s Gadget is great for trapping enemies in various choke points on maps like Acid Lakes and Ice Force. It helps force Brawlers to walk over her traps which provides her with an insanely good time to ambush. Her Gadget can be used best in Hot Zone where it can maintain control by trapping it and also making enemies vulnerable to slows and also helping her be killed by allies. Enemies that are not tanks or assassins and do not have the ability to travel will have to step on them which almost guarantees to ambush.

She has one of the best ranges in the game. So, you can end up using this to your advantage to start dealing poke damage to Brawlers. Because of all the bouncing, you can do, enemies will either be forced to separate where your team can trap or kill them individually which leads enemies into an uncomfortable spot. Plus, the chaining bolts and the bounces will force enemies to distance themselves as well. This makes you very vulnerable to assassins who can pick them off in an individual manner.

Your Egg and Super are both great at Siege since you can utilize them on the enemy Siege Robot.

Other Game Modes Belle is Good At: Belle is a great Brawler on the Showdown Maps and the Robo Modifier as well. She can also attack the robot if it is being followed by a Brawler and also bounces them between the robot and the Brawler. It also causes the Brawler to have even a lesser amount of health or get defeated.

It also is less effective against Brawler with traveling abilities like Edgar or Darryl who can end up escaping. She is also quite useful in Boss Fight. You can use her Super Mark to mark the boss early in the game to help you and your team significantly when taking out the boss.

LDPlayer is perhaps the best Emulator out there for Brawl Stars. It has tons of features that you won’t be able to find anywhere else. As an example, you can use the key bind remapping functionality to completely how your keys function. So, you can end up playing the game quite easily on a mouse and keyboard while it provides you with a near-native experience.

While Belle is still relatively new to space, she has inherently cemented herself in the meta and is quite useful in the competitive scene due to her extremely high damage. As you follow this guide, you’ll be able to play Belle quite well. We’ll also be updating this guide periodically for more information as we playtest the brawler.