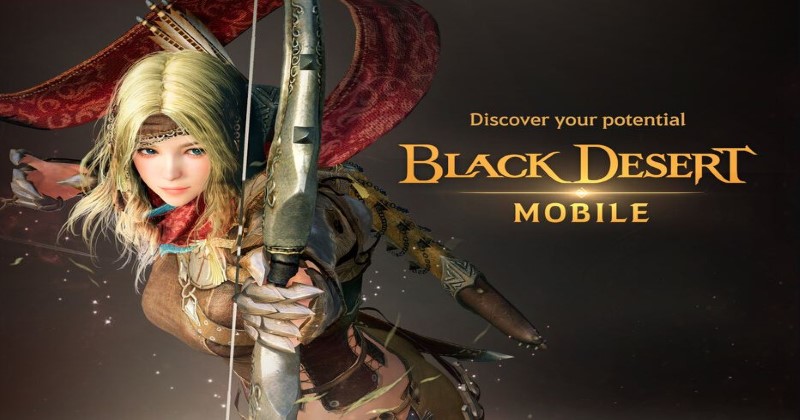 The most popular mobile MMORPG of all time, Black Desert Mobile, seems like an absolute dream with its expansive map and huge plotline. With over a million downloads and a large number of concurrent players enjoying the game every day, getting ahead of the competition might seem like a tough feat. Thankfully, there are some methodologies you can take advantage of to make your leveling process much more comfortable while also reducing the overall time taken for you to rank up and get better loot in the game.

Just like any other MMORPG, Combat Power is the measure of your gear, skill level enhancements, etc., to provide you with an accurate rating of what your effective DPS and defense stat should be at any particular point. For an advanced player, having good CP is the key to ranking up fast and becoming a monster at the game.

Combat Power is of pivotal importance, especially when you want to see if you can complete the next task in front of you. If you have good combat power, you should be able to take on tasks quite easily. Having low CP will generally make tasks hard, if not impossible. They get more problematic depending on the amount of difference there is between CPs.

Focusing on your Camp: As you move forward in an MMORPG, you might forget about many other factors attached to you that provide you with very tangible benefits. For example, the camp in Black Desert Mobile is quite important for your overall progress. Therefore, you should not ignore it at all.

Just like your town hall in Clash of Clans, you should start leveling up your camp and workers, so they provide you with more Combat Power. While the boost they provide you is not significant, each ounce of combat power matters as you move further up the ranks. Therefore, you should not ignore your camp at all. We recommend that you focus on unlocking buffs such as the shorter crafting time and the ability to hire more workers.

Your CP's significant contribution is towards your attack and defense. So, most of your CP is inherently provided by your equipment. If you have high tier equipment, you will have more CP. If you have enhanced gear, you get a considerable boost in Combat Power. We also recommend that you start equipping crystals as it adds some increase to your CP as well.

Embed Lightstones As Much As You Can:

Aside from just providing you with raw CP, you can equip four Lightstones to get additional buffs. You can equip them in the Black Spirit menu. It would help if you mainly went for damage enhancing buffs as they help increase your effective CP by a large margin. 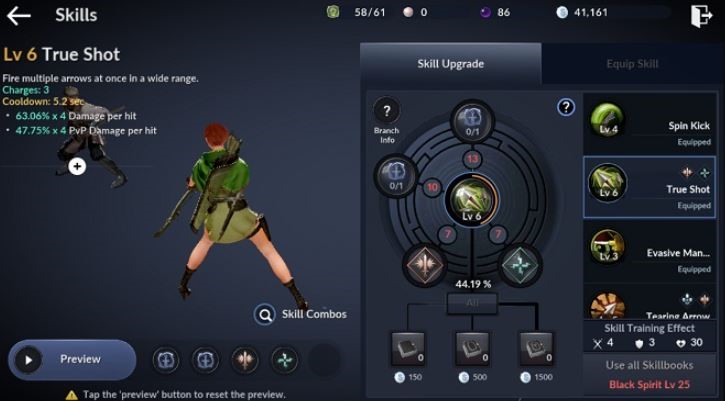 Inherently a somewhat pay-to-win mechanic, you can purchase costumes with real-life money to get a very minute boost in Combat Power. While this is not recommended for anyone who still has not maxed out their other equipment (if you want to spend money, spend it there), the law of diminishing returns does apply to costumes. So, you probably won’t get a lot of CP compared to what you paid for the particular costume. However, it is still some amount that can make the difference between winning and losing.

Generally, the more expensive the costume, the higher the CP boost they provide. We recommend that you go for the mid-tier costume as they offer a perfect balance between price and actual gain. Going for anything more expensive will just lead to you spending a lot of money on a costume where you could have spent that extra money on taking your gear to the next level. 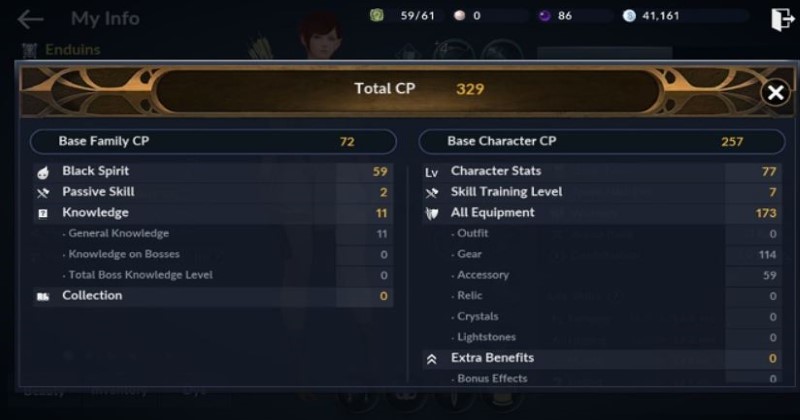 If you want a high tier weapon, Shakutu’s Gear Shop is the place to go. You should maintain a balanced gear set as the shop itself follows Gacha mechanics. So, just like you would in an actual Gacha game, try not to spend all your resources on getting one rare weapon and leaving all your other slots in dismay. You should, instead, try to go for yellow weapons. Equip both yellow rarity items in your main and offhand, and then go for the rest of your gear.

Try not to waste all your coins and resources trying to get an item of, say, Orange Level rarity to have everything else be of low level. If you want to go for higher rarity pulls, however, Shakutu is the place to go. However, it would be best if you had equipment with reasonable rarity before you go about the task of pulling high-tier loot as you end up losing coins exceptionally quickly. A coin is used in your village, and you do not get a lot of it, especially as a F2P player.

Black Desert Mobile is an MMORPG that perhaps has the most depth out of any mobile game. With intricate character customization options and mechanics, you need to learn even after you have reached the max level in the game. These advanced tips and tricks should help you get an idea of what a max rank Black Desert Mobile player should do after they have reached their gear and all other items to optimal levels.

Black Desert Mobile will continuously have its max level cap increased with new mobs and items being added. So, make sure you understand the conceptual requirements of the game well.