Black Desert Mobile is a Online Role-Playing Game that is so popular among players worldwide. Not only do the players have to follow the main storyline, but the game allows them to do whatever they want with some limitations, such as farming and other side activities. Since there are many things the players should focus on before playing the game, we thought of giving all the details about Black Desert Mobile temple locations which will be very helpful for the players to reveal ancient truths. 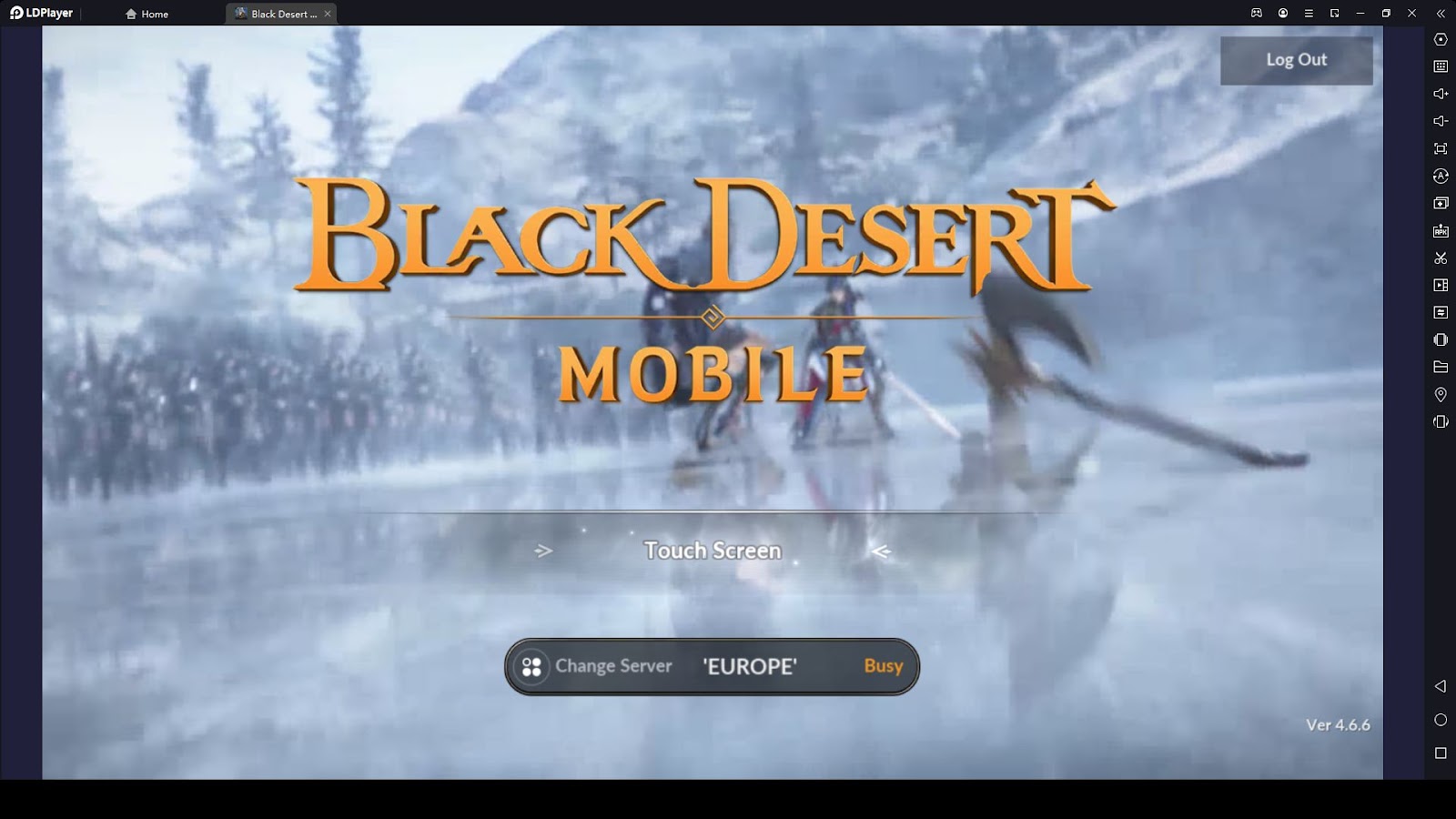 Entering a temple in the Black Desert Mobile is not straightforward because the players should know many things before rushing into a temple at first. The main goal of this guide is to give an idea of the Black Desert Mobile temple locations, the activities to do in these temples, the unique and hidden quests to complete, and the special requirements to enter those temples.

Therefore, please do not leave the page without reading the whole article because everything we included here is for your benefit while playing the game. So, let us go to our Black Desert Mobile temple locations guide to learn more about the temples.

And also, the adventurers cannot explore this Great Desert just because they like to do so; they must have unique ingredients to visit and wander around here, such as purified water, desert tents, camels to ride, and some special in-game coins etc. Otherwise, it will be harder for the players to perform efficiently in the desert.

Most importantly, all the temples the players have to visit in this game are located in this Great desert, so it's time to learn more about the temples here. And also, players won't be able to unlock new temples when they do not complete all the hidden quests in the Great Desert. 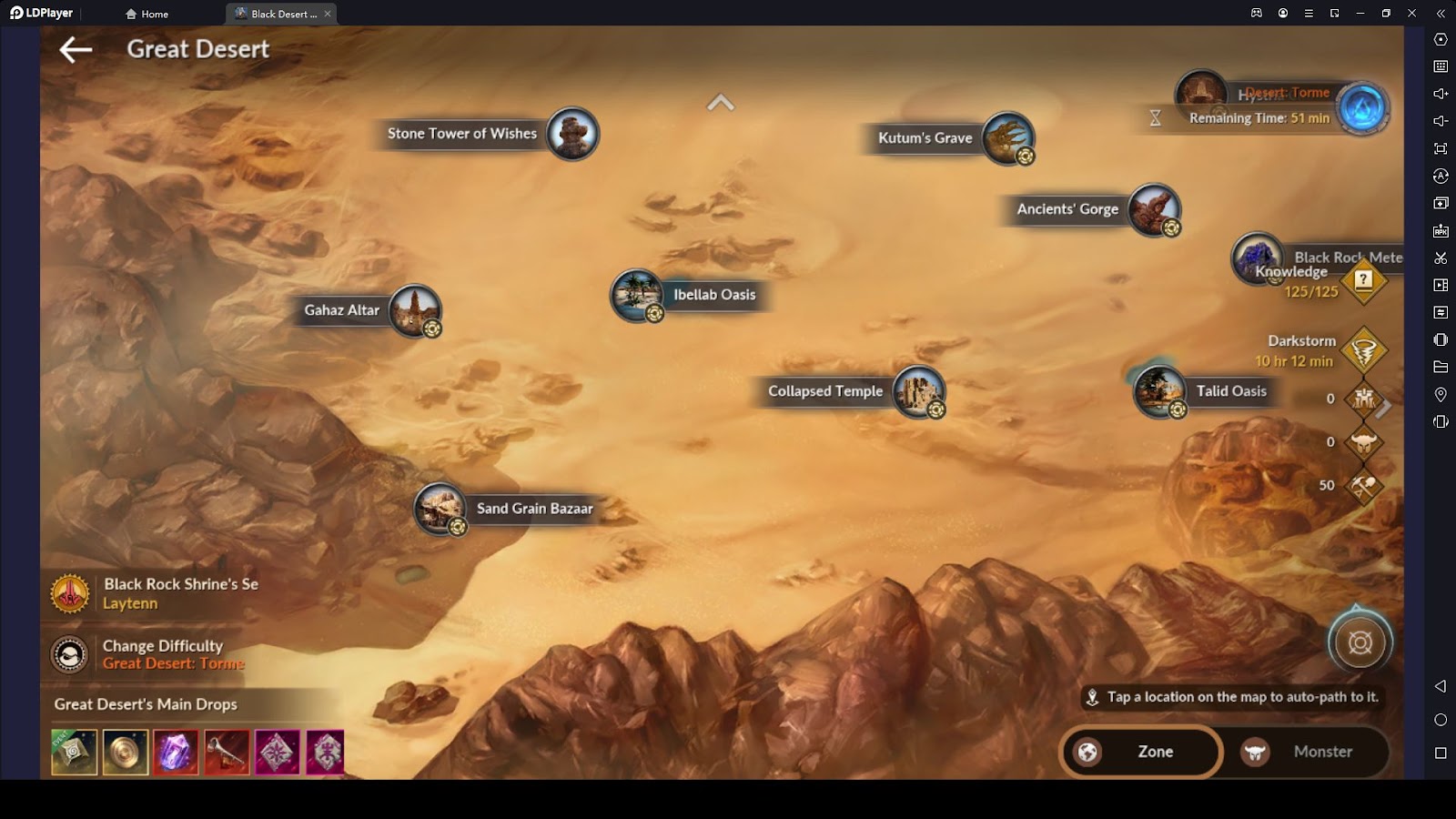 Temples cannot be easily entered or completed because, in one temple, there are mainly five levels the players have to complete to clear a whole temple. Although the players can quickly enter level one of the temples, it's impossible to go on other levels that easily.

If the players need to access level 2 and upwards of each temple, the players should have clear special quests to unlock other levels.

But these quests won't be the same every day because when the sandstorm comes to the desert, all the hidden searches and their goals will be changed. 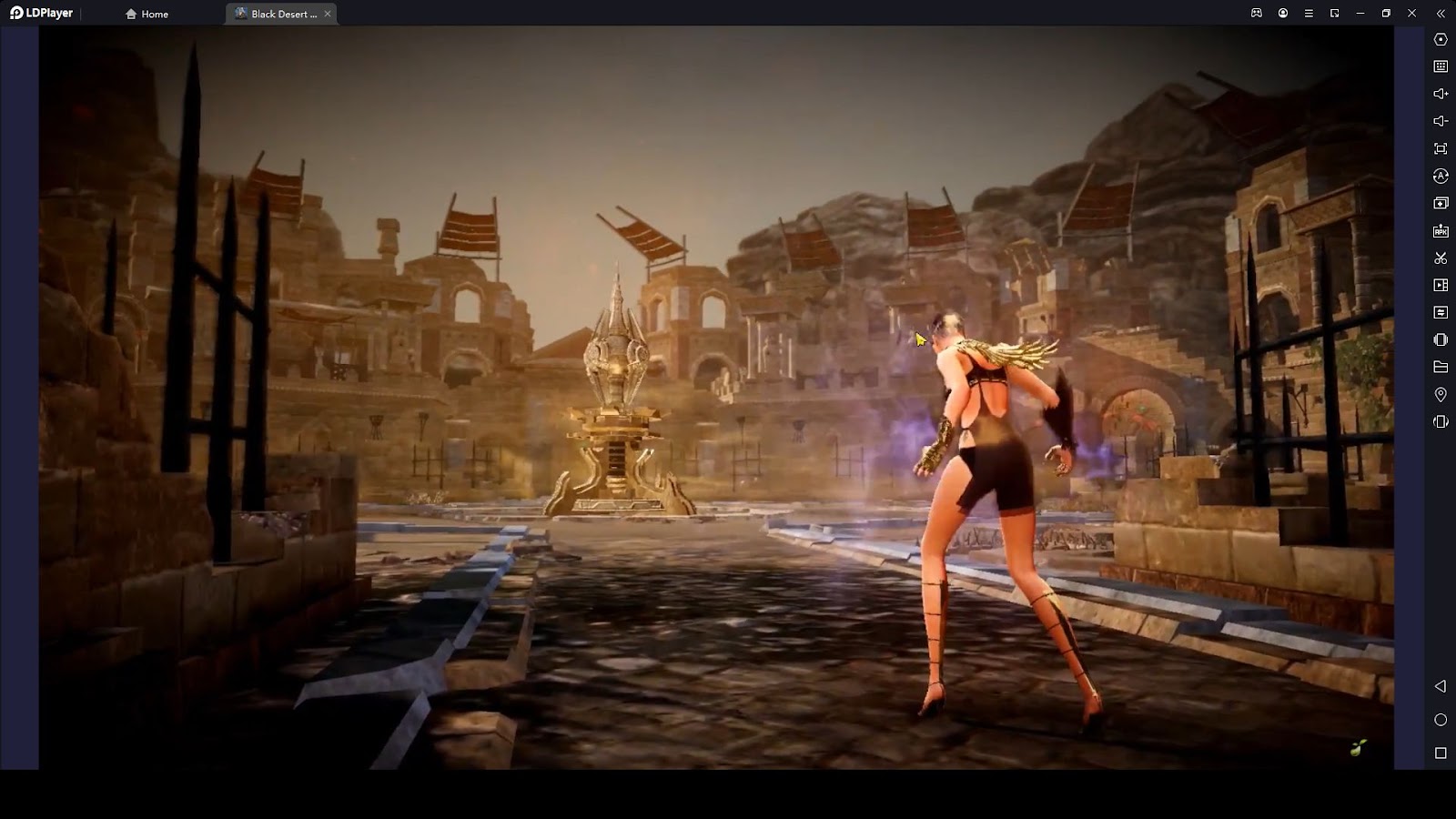 The players will require specific amounts of CP (combat power) to enter the different levels of the temples. When they enter there, the Black Spirit is the one who guides the players into victory by telling them what they should do in certain temples.

When the players enter the temple by accepting the mission, they must fulfill the given mission in every temple. Now, let us see the prominent Black Desert Mobile temple locations in the great desert and their tasks with their entry requirements.

The first one of the Black Desert mobile temple locations is the Serett temple, and in this temple, there are five entry levels the players have to participate in battles. All these entry levels require different amounts of CP (combat power). The required CP amount for the temple's fifth and final entry level is 13200.

The goal here is to prevent the temple from getting destroyed by the enemies by killing all the enemies proving your dominion in the temple while protecting the artifacts in the temple. But that won't be simple because players must fight against several enemy bosses who cross your way. 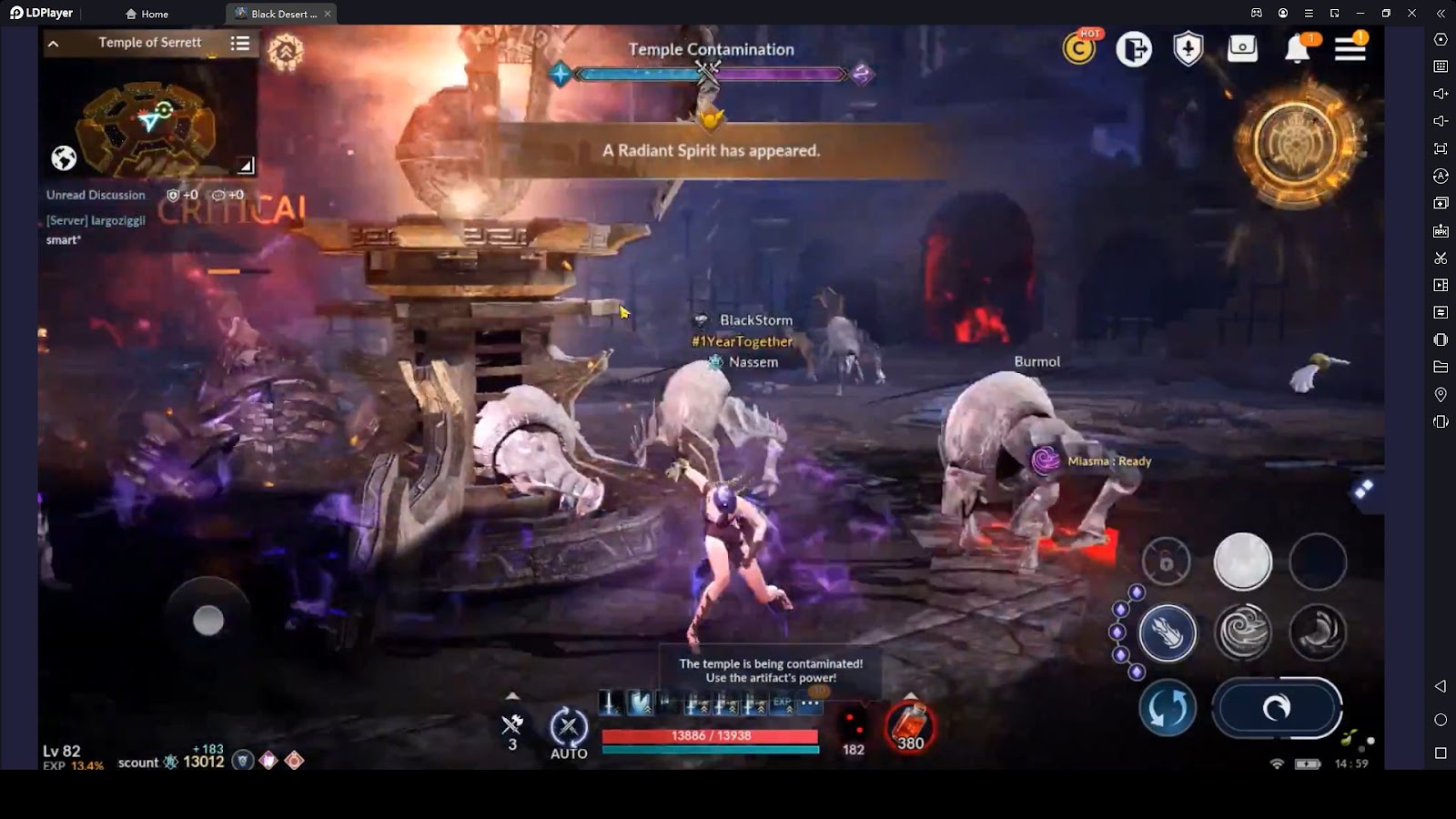 The required CP amount to the fifth level of this temple is 62000, and the main objective here is to investigate the ruins at the top of the temple. But it's never going to be a simple task to complete in just a minute because the players will have to fight with many enemies they will encounter in their journey to investigate the ruins.

Finally, you will encounter the judge of the temple ruins, and after defeating him, the game will consider that you have cleared the level. 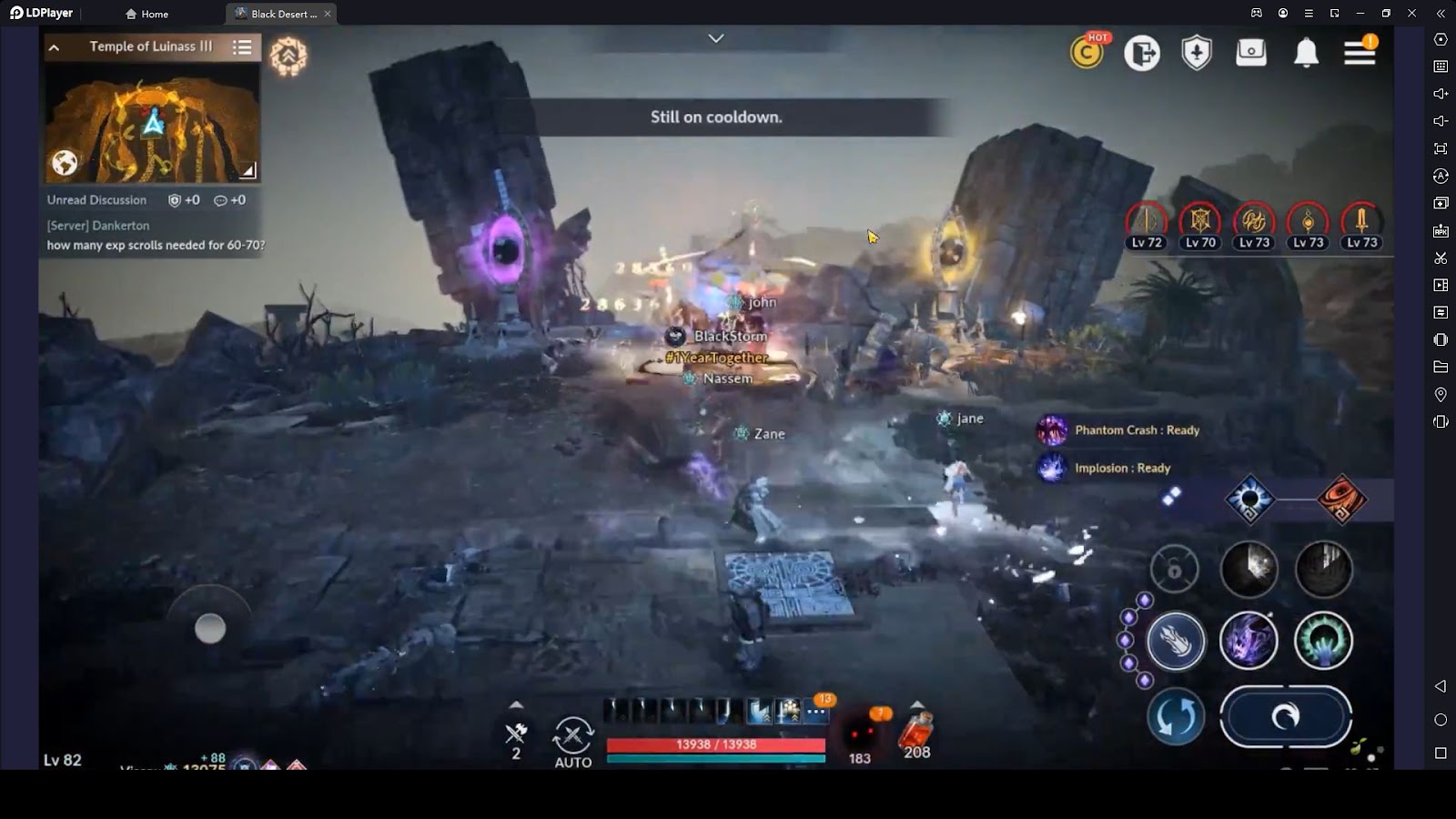 The temple of Shayla has only three entry levels, and the last level needs 1300 CP to enter the temple. When the players enter this temple, they must run through many obstacles and maintain an excellent concentration to dodge all the traps here.

After conquering all the traps and enemies that are so hard to survive, the players will experience a chamber filled with many treasures. Opening the treasure chests there will give you lots of resources and victory in the Shayla temple. And also, defeating all the bandits will be the primary goal to complete in this temple. 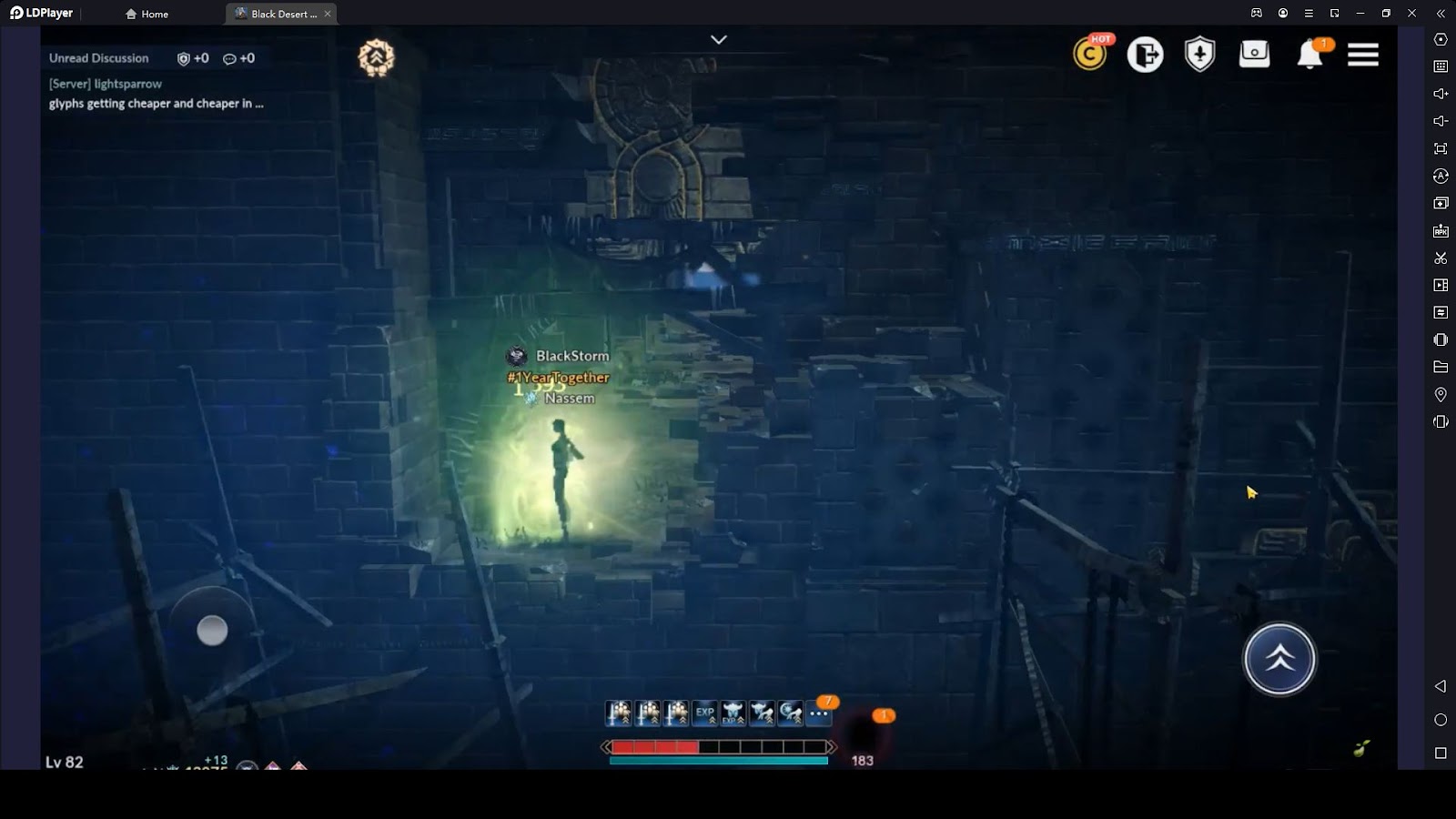 The required amount of CP to enter into the fifth level of the temple is 14000, and the players have to defeat the guardian of this Tukar temple known as Laytenn right after they enter the temple with the guidance of the Black Spirit.

There are different traps on the floor tiles, and the players must be aware of them because once they step on one, they are half done. 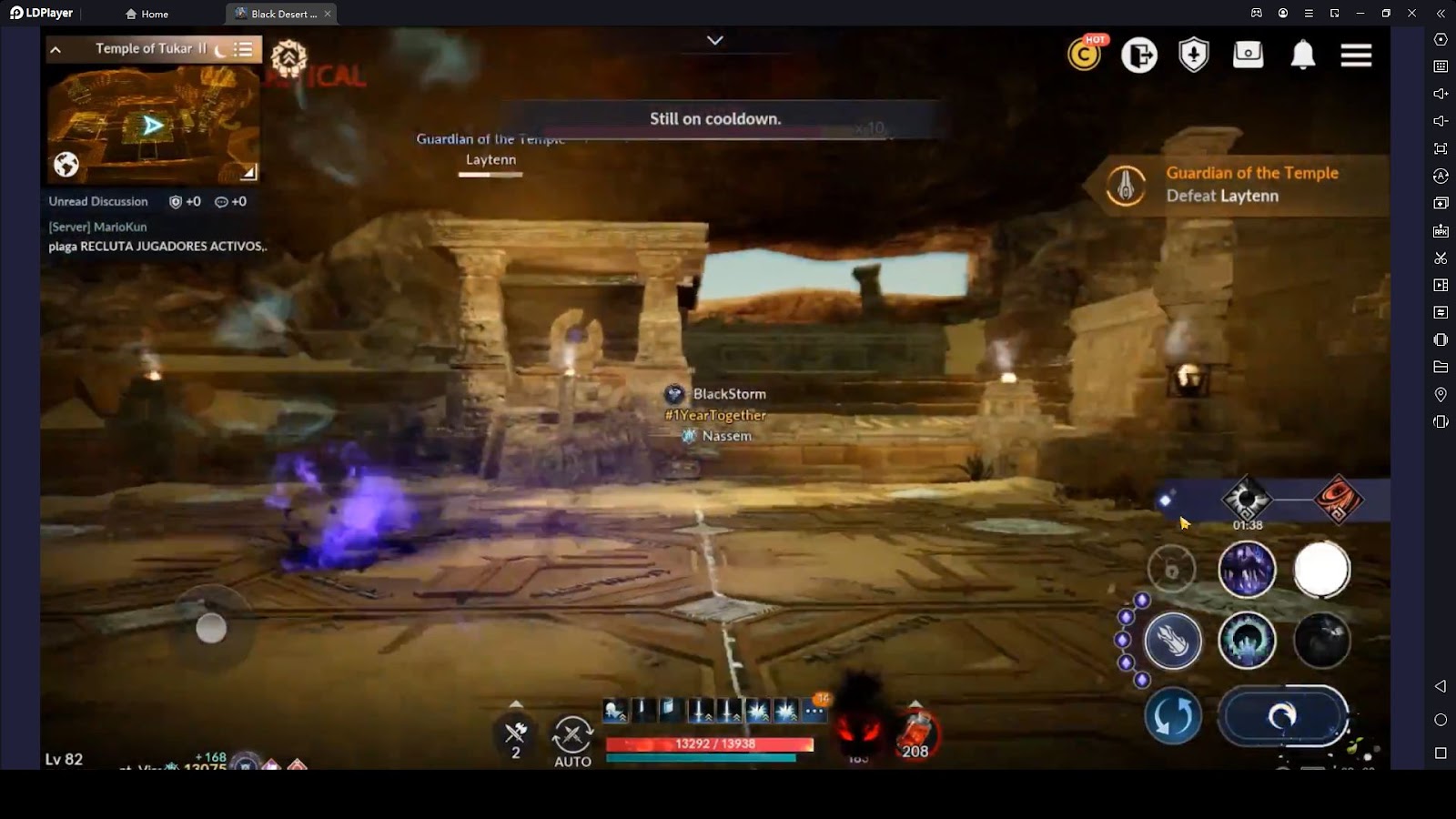 The last but not the least of the Black Desert Mobile temple locations in this guide is the Ohm temple. There are only three levels in this temple, and 11000 CP is needed to enter the third level of the temple. The goal here for the players is before the time given by the game for the Kureba's arrival; the players have to mine or forage as much as resources (the food of Kurebas). Because the more you gather their food, the more Kurebas will arrive.

Once the given time is, the guardian of the Ohm temple, the Kurebas, come to fight against you because you have stolen their food. 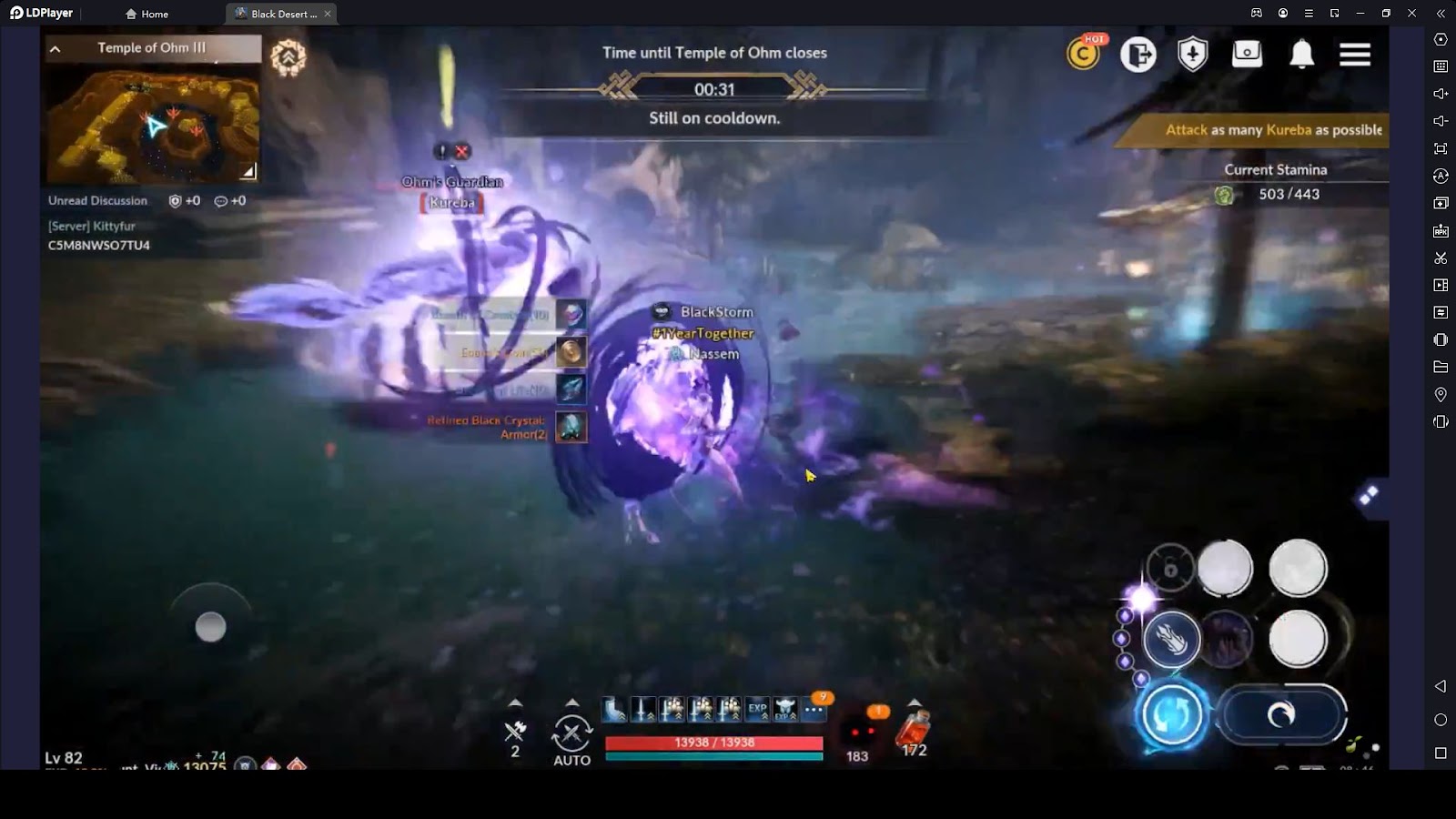 The players must fight whenever they find Black Desert Mobile temple locations. And also, the probability of failing in the temple missions is higher, and the players will be disappointed quickly because of their toughness. But playing the game with the best android emulator LDPlayer 9, gives the players many tools to ease the battles they participate in.

There is the Keyboard Mapping feature in LDPlayer 9 which the players can use to set different shortcut keys to control the actions of the characters and many other things such as skill activation. 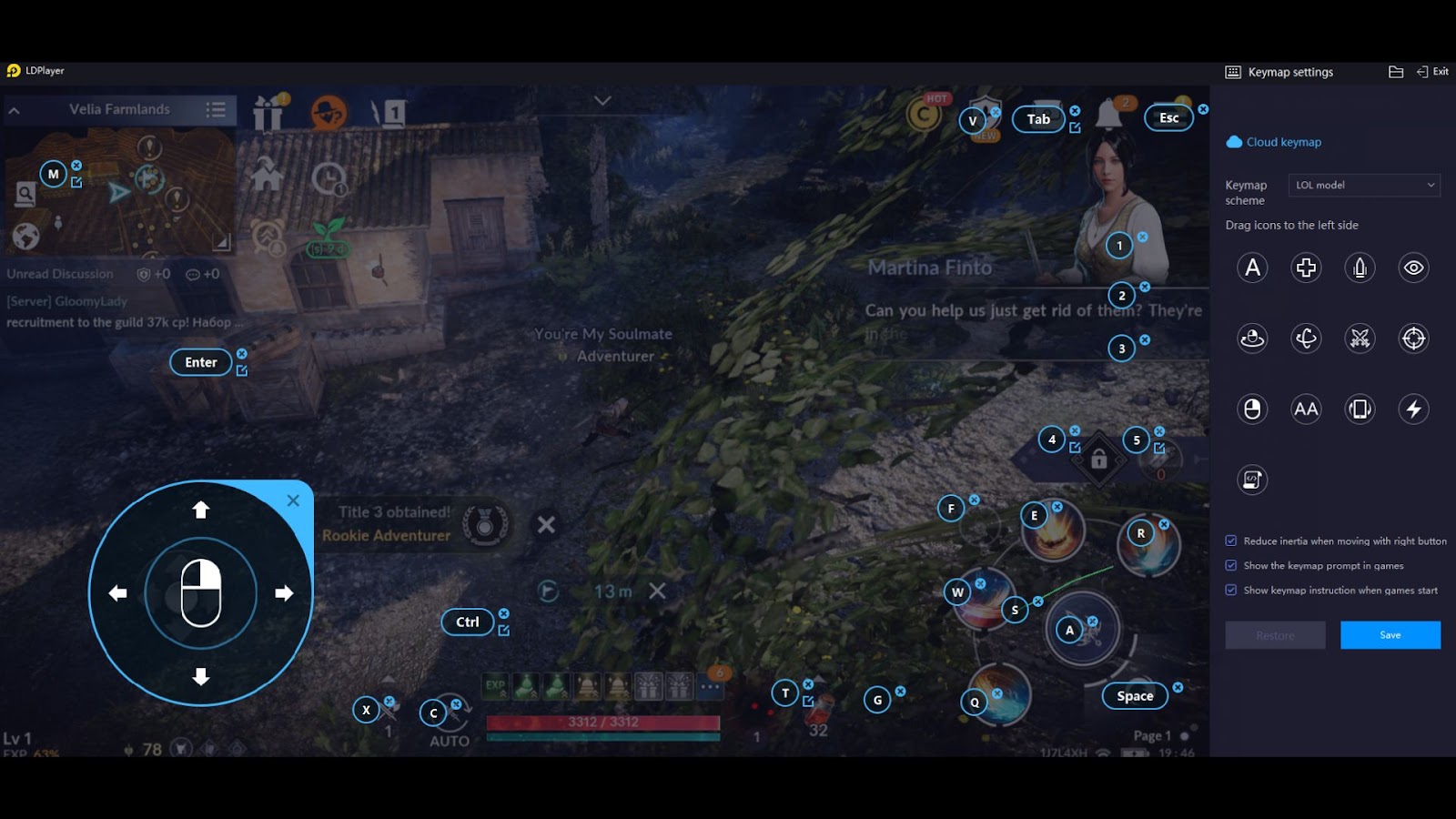 Another tool that can ease the battles is the Keyboard Macro Commands which allows the players to set only one key to perform a set of repeating actions together without using lots of keys.

Therefore, to have efficient victories in each temple battle, it's a must to play the game with LDPlayer 9 which is the best of all the emulators out there. 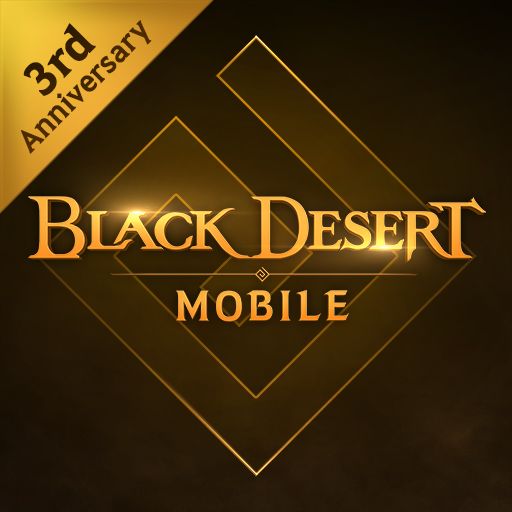