Inspired by one of the most famous Turn-based games in the last years, Epic Seven, Artery Gear: Fusion is trying its best to take a spot in the market and let anyone know that it’s here to stay! Let’s see what Artery will offer and how good it is compared to the game that it’s inspired most by, Epic Seven!

What is Artery Gear: Fusion?

Artery Gear: Fusion is a recently released Turn-Based Strategy Game in which you play as "The Commander" of a squad of girls in a team made up of four elements (but you'll collect a lot of characters), and you're in charge of defending humanity against the enemy forces known as "Puppets" with the help of those powerful girls.

Artery Gear Vs Epic Seven: Is it better? 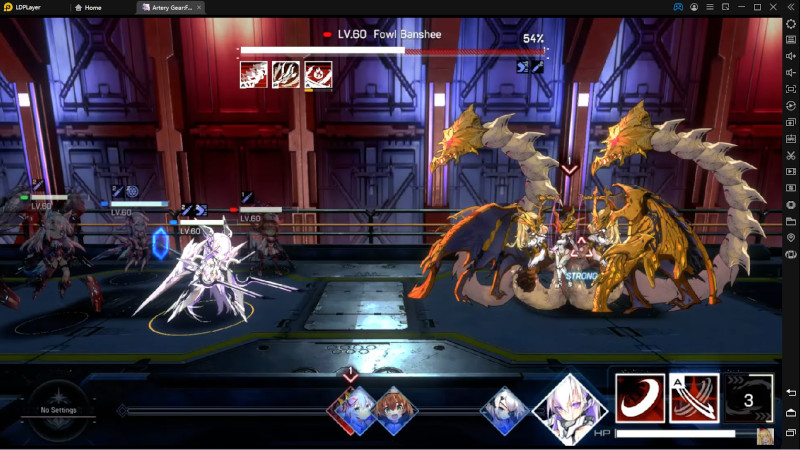 It's a series of stages where you need to fight different elemental enemies and achieve max stars score for unlocking rewards. Main story lets you collect rewards for every stage you complete (usually gems for summons and some equipment/fodder, etc.) and a final reward when you achieve enough stars for the chapter. Compared to Epic Seven, there’s no big difference with E7 (Aka Epic Seven). Both games have stamina cost for story stages, and both games rewards you in the same way 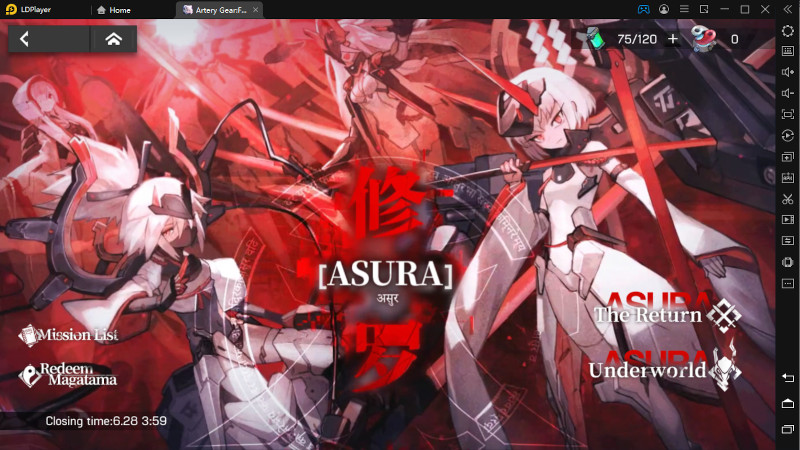 In Side Story or Event, you have chapters with stages (similar to Main Story) and you will use both featured Event characters or your squad. After completing different stages, you unlock Boss Mode stages that will reward you with Event currency as you climb the difficulty of it. Side stories on both E7 and AG:F (Aka Artery Gear: Fusion) have good rewards, stages still cost stamina and will require enough farm to completely collect all the rewards the featured shop will offer. 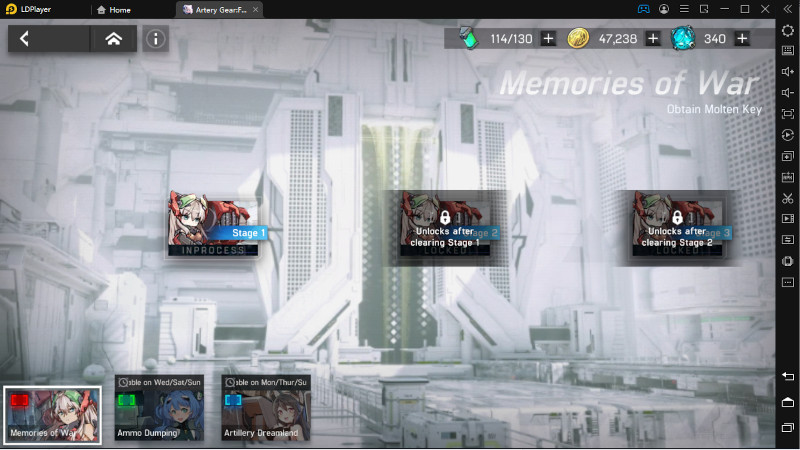 Here you farm Research Keys that are needed for your characters to unlock them “Technology”, a growth system that increases the power of your characters with passive ability and passive stats. This is the same as E7 Awaken Ability, and same as E7 they unlock an improved version of some of the character skills when unlocking the 3rd node. 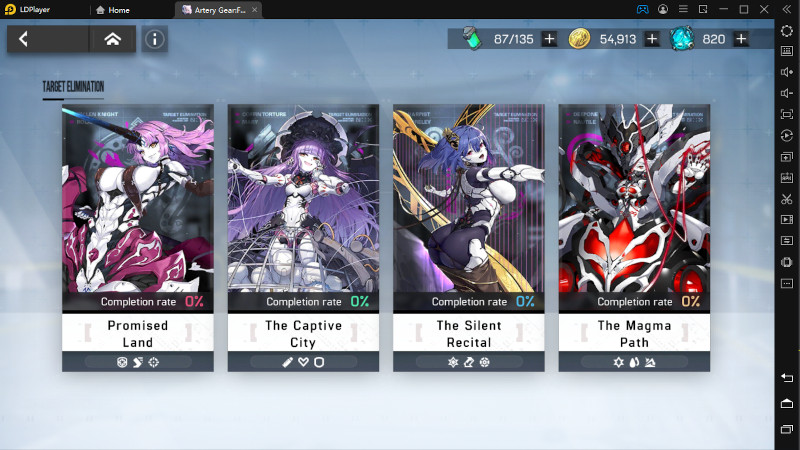 In this mode you need to eliminate four different bosses that drop you different “sets” of equipment. The stage becomes more difficult as you kill every boss, but also the rewards become more powerful. Similar to E7 ( Wyvern / Golem farming etc) this will be your daily farming zone if you want to gear your unit with best gear pieces. It will be better to try to have at least three different teams for any of these bosses, since the boss element is different for every one of them.
Here’s the equipments you can get:

A one Week Long Reset Content that lets you 15 floors in a series of 5 stages of normal enemies / bosses and rewards you with special currency. The more you complete, the better rewards you get, with special currency for free, and your progress reset every week (the game will sweep all floors up to the second highest you have cleared before, so it will avoid you from needing to climb the entire floors again).

Lava Rift is similar to E7 Tower, with the difference that rewards in AG:F are less “Good” but it’s monthly reset, and cost no stamina, so it’s literally free goodies!

This mode lets you fight a very hard boss (it's not really specified if it's a one time battle or with reset, but prolly a rotation boss mode) It’s considered very late hard content, so just focus on it when your team will be strong enough. 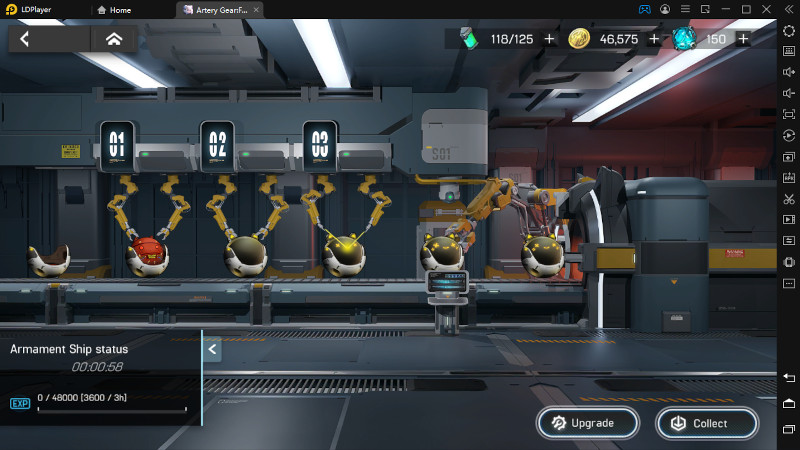 Capture Cat Orbs is a stage that lets you farm cat orbs (similar to E7 penguins) that give you a lot of exp if used on your characters. The first time you complete it everyday, you get a bonus loot. Also Bounty Missions are pretty much the same as cat orb with daily bonus but will reward you golds. 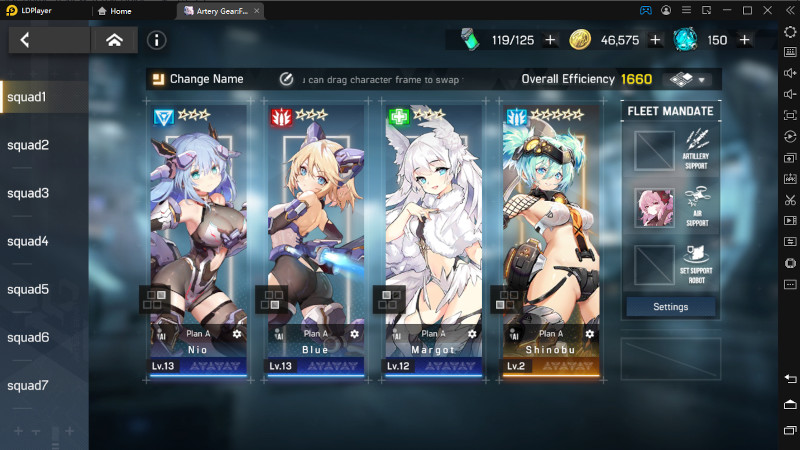 The Arena is very similar to the E7 Arena. A 4v4 fight (so not in real time), where you pick an opponent team from a given list (refreshable) and fight it. To prevent the battle lasting too much, a debuff that will start to damage your team after some turns will proc every turn, with damage going up with the battle length. You have ten entrance tickets per day, and you can also spend some gems currency to get more entries (2 times per day) for a total of twenty battles instead of ten. You can also fight game bots (or NPC) if you don't like PvP against real players, and still get some currency.

NPC have recharge time so you are sometimes forced to wait for them to reset. Also you need to set a 4 member team for your defence, and you can get attacked with result of win or lose (moving your position in the global arena ladder) 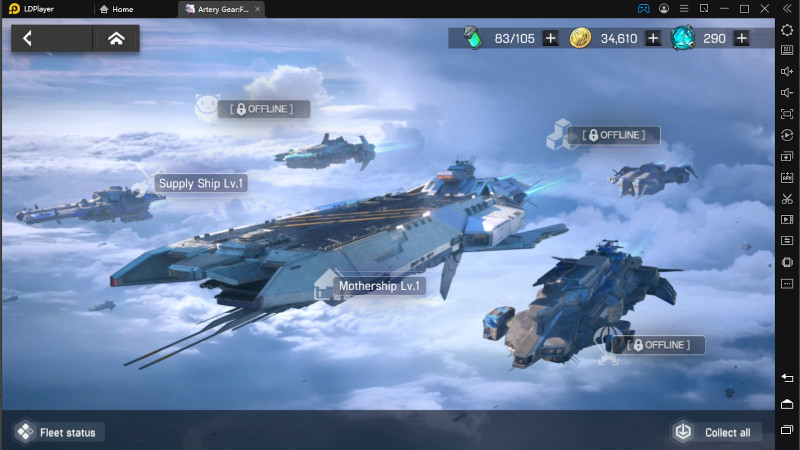 Fleet is your “base” zone, like the E7 Sanctuary, with all your ships there doing different kind of features such as improving relation with your favourite characters, Craft Gear in the Science Vessel, sending character to Expedition for rewards, and also collect free cats orbs and golds every some hours.

Also all these features can be upgraded while completing the main story of the game. 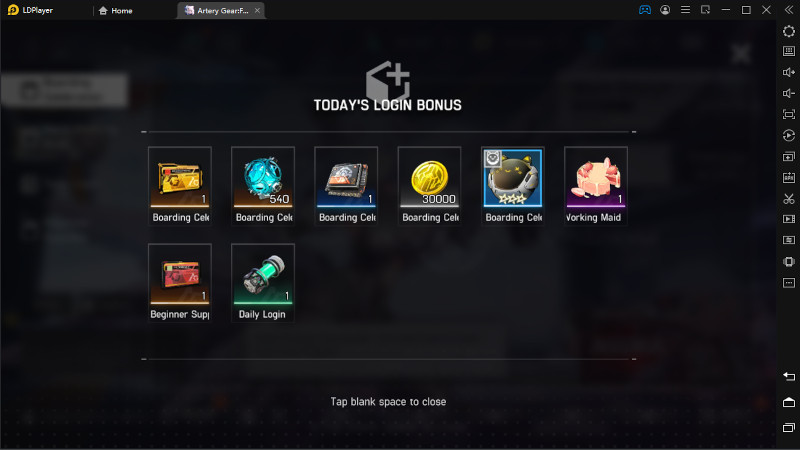 AG:F will reward players who log in with a lot of goodies. With daily log in (with monthly reset) you can have Golds, Cats, stamina and useful rewards. On the game release you can also complete a Beginner log-in event for a featured 4 star character and a lot of missions guiding you into the game with great rewards such as 5 star Equipment sets for your characters. Also you can complete Daily and Weekly mission for useful rewards

S Grade - Must have

Those units are just some of the best units you can try to pull on the game, but any unit in the game will properly work with the right team, so try to experiment yourself! 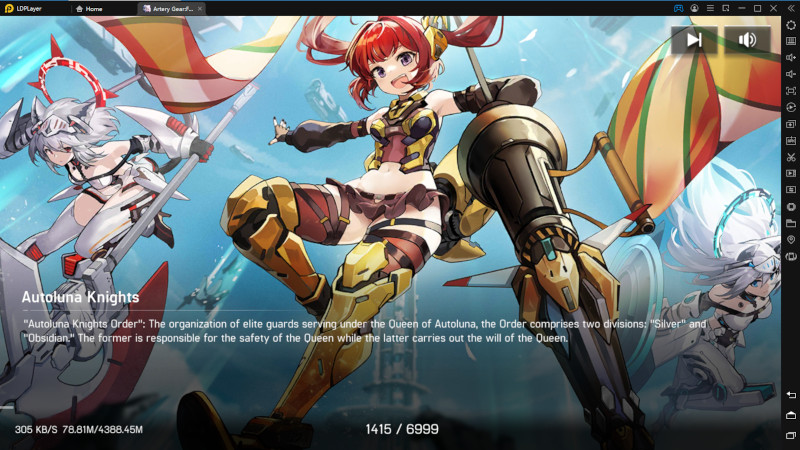 With LDPlayer, you can easily reroll by creating a new instance of your emulator as many times as you want! Just download the game and complete the tutorial! After doing the first pull, if you are not satisfied, you can easily delete the created instance emulator and replace it with a new one!

Will you play Artery Gear: Fusion? Let’s team up commanders, we need to save the world of Atlas! 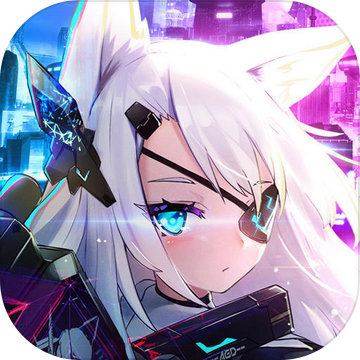