World Flipper is an action-based game developed by Cygames in 2019. In this game, the players have to bang their characters into the enemies to defeat them. Every character composes a set of unique characteristics and skills. It will become more developed when you have combined them with other characters to release the powerful attacks. The multiplayer features of the game will serve as a new experience and fun for the players. The game's main story, World Flipper, is about a young boy and a girl who meets a creature who claims to be a hero in their world. Then, the three members teamed up themselves and began a journey to return him to his homeworld. These three heroes can cross the world, and during the journey, they will face different types of challenges, and most of the time, it was a process of recovering their lost memories.

The player can make the team up with the tough bosses and make massive attacks. When you make the teams, you will have to face different gameplay battles and quests, which will be interesting. You can utilize different tips and tricks to play the boss battle in the game. This game will give a refreshing experience to the players who will love to play the game continuously. So it is time to download World Flipper on PC and enjoy the latest battle tips as follows.

The final boss in the current edition of the game World Flipper is Orochi. As the possessor of the highest HP level, which is about the eight heads. It has the most significant difficulty for the team in the game. There will be no recommended elements to Orochi, and you will see three main types of suitable rewards in this boss battle version. They are Orochi gold coin, the Orochi Silver coin, and Murakumo.

Now, let us find more details about Orochi's actions and the character combinations recommended and suggested to use. If you accompany them rightly, you will be able to complete the World Flipper Boss battle with less effort.

In the World Flipper Boss battle, there are differences in every head. There will be a maximum of three leaders during the boss battle. When there is destruction ahead, a new head will appear automatically. There are several main types of bosses in the struggle, as mentioned below.

The primary and first three heads that you will see with the beginning of the battles are Rebirth, Purgatory, and Summon. During the game, you have to be wise to avoid the Purgatory or avoid the flame damage by them. It will be mighty. So, the best recommendation is to kill Purgatory at the initial stage.

Click here to know how you can strictly deal with the damage on World Flipper.

Orochi is the final boss in the current edition of the game World Flipper, and there will be an active beam without any stop. There will be no creation of damages. It can clear all the weak points in the game can create the path to the victory of the battle. There are best recommendations of the teams to Orochi, and it is the Philia Wind team and Inaho Lightning Team. They will do an excellent duty during the battles. In the unit, you will see the main or the core characters and sub-characters. To accomplish the demands of the team, the Philia Wind team are as follows. There should be a lot of characters with recovery skills that have to match with the team. The floating effect of Philia and the effect of penetration by Oloru are efficient for breaking the weak points during the battle.

As the players, you can clear them thoroughly. There will be an MVP acquisition. It will be difficult to score as it falls relative to the other combinations, resulting in significant damages during the battles. The team of Inaho Lightning is based on a concept. It is the fighting while the opponents are sealed off. They will do that by giving Inaho and Renard paralysis, and there will be only one recovery character available. That is Kariosutoro. The character named, Kariosutoro has a somewhat severe HP level, which depends on the creation of allies during the cooperative battles.

To reach for the best heroes, try rerolling with LDPlayer. This is the fastest yet assured method to earn the best heroes and try it from our Reroll Guide. 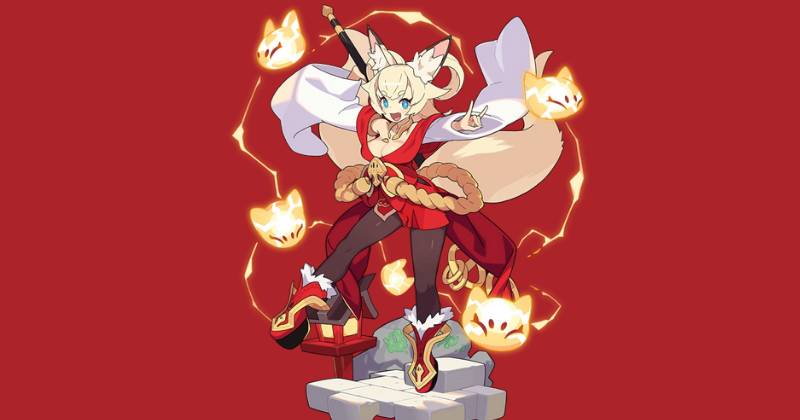 In this short article, we have discussed the main details about the recommended teams and strategies that players can use during the boss battles of World Flipper. Sometimes, you may have none of those mentioned above characters. But it is not a fact to worry about it. There are some other character combinations that you can utilize to defeat Orochi with less effort. But, if you have all these characters, use these combinations effectively.

My Friend Pedro | How to Improve the Level Ranks