World Flipper is the new pixel art action pinball game that comes into life, and this comes within anime-styled elements by the creators and publishers of Cygames from Japan. Since this game was first released in Japan, Cygames now cooperated with the Kakao Games from South Korea to launch this game worldwide. 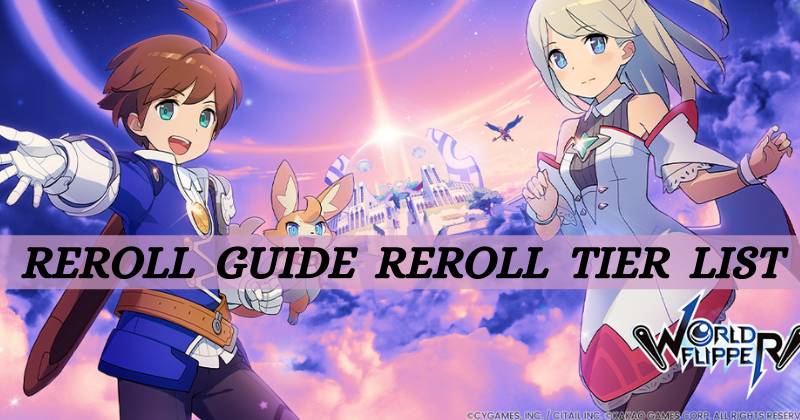 In here you will play a storyline of a girl and a boy. They are meeting a strange creature called Light and following it for its world. There is a fantastic pixel art styling with this game that comes with many anime illustrations and featuring battles for challenging. To face these challenges, you will need the best heroes. So you have to reroll them, and the best of them has to earn to have efficient gameplay until we reach the end by victory.

So today, let's look at how to reroll in World Flipper and which one you should go for when you are rerolling. Now download World Flipper on PC and start the game for rerolling.

The tier list of this game has three variations as S, A, and B. They usually come to the game with several abilities to perform the game's battles, and the strength and the powers they hold on each rank will be different from one to another. If we describe them wisely, we can understand our tier ranks as follows.

Apart from that, they do have races and Attributes for them as follows.

Each attribute and race are nurturing these heroes' strengths and abilities to the game, and they will be helpful to create a playing style for each character.

Here are the characters coming under this came on each tier categories. 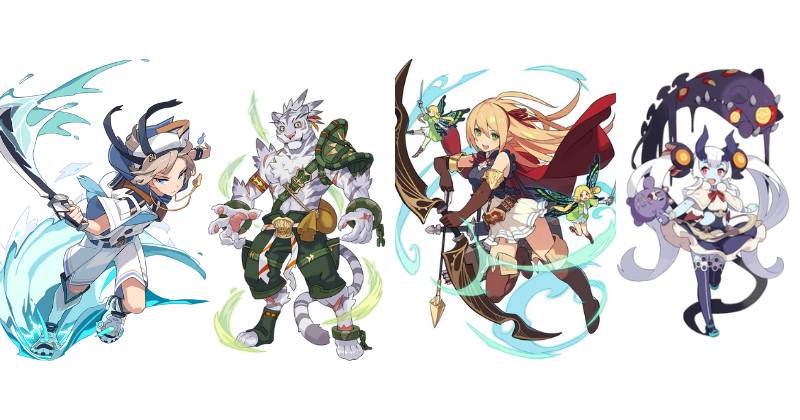 How to Reroll the Characters?

To have a reroll on World Flipper, you need to go through steps as follows.

Who to Aim For?

First, it is recommended for you to aim at Éclair as she is the most robust light character. She has a great attack with HP and has a high attack boost to the game as well. Her fast skill charging comes with a strong to herself, and she will deal with maximum damage potentials.

And the second option you should go for is the Marina and Wagner. They are the strongest fire leaders to the game, and Marina holds a penetration bonus with her and summoning minions to come up. The most vital AOE skills these two holds break the most out of the game as a team. And the next best option would be Clarisse. She is s strongest bursting hero who has a well-packed fire skill damages, and she will be best for the leading.

Sonya is good because of her strongest skills, and positioning her in the right spot makes up the most chances out of the game for the players. On the other hand, Veron has a miscellaneous strength in the game, increasing attack powers throughout the game.

Philia will be great as a healer, and she is granting a floating to her party, which is synergizing well with the weapon of the current boss. These wind boss weapons are farming a speed to World Flipper within its early stages. Clarisse can be aimed for having a strong burst with some skill damage on the stacked fire. Caligostro is best for the utmost skill, and she is an areal most potent healer to the game.

Silty is a good leader for the teams, and she is well going with the combos. She has the best wind units, and Nephtim and the Leon are great damage dealers who are intensely working as a team to the game.

How to Reroll the Fast by Using LDPlayer?

As we all know, the usual steps for rerolling take so much time. To avoid this issue, you can use the emulator LDPlayer and have several rerolls at once. Follow these steps and turn up to be your best heroes. So this is how you have to perform all the rerolling steps and make sure to choose the right hero by following this guide. Rerolling will be so much easier with LDPlayer, and you only need to reroll for the right hero. Choose the strongest ones to face on the game and make your gameplay so much efficient.