World Flipper blends the best elements of pinball with action RPGs to give you a new way to enjoy both of these very diverse genres. The game is published by  Kakao Games and lets you go on an amazing pinball adventure with several worlds for players to discover. We can form squads with a varied selection of unlocked characters, which represent the ' balls'  that are used in the game, and then use them to smash ruthlessly against the opponent to destroy them and advance through the rounds. You can play the game right now by downloading it through Google Play and  App Store.

If you have no idea how to play the game and how the mechanics work, this is a perfect beginner's guide for you, so let's get into it.

How to play World Flipper:

World Flipper consists of pinball combat mechanics; it's repetitive in almost every stage and is turn-based. Like most of the games in the market right now, it also has a gacha system that allows you to summon characters and get a whole variety of new teams and weapons every time.

If you've played the old-style Windows pinball game, you would have no issue figuring out the basics of this game. Except here, the pin“balls” are the characters that you can collect. You can have 3 characters at once. There would be enemies present on the top of the screen. You need to tap on your screen and throw your characters at them with the help of flippers, to deal damage. You can also tap while the characters are in mid-air to aim at the nearest enemy.

But having a basic pinball game doesn't make it fun. That's why there are many elements to the game. Each of the characters has a unique skill that can be used to do greater damage.

The flippers you use also carry a certain amount of power. If you're able to make massive combos in one single go, they can unlock power flips. Once you're done with your combos, the flippers glow, and the next round that you launch your characters, they come together and deal massive amounts of damage. Power Flips have  3 levels, the longer you stay on the field and have a big combo, the better your power flip would be. It is to be noted that the move power flip move depends on the character you've selected as the leader.

Apart from the unique skill, characters have an ultimate move as well. When the bar below is full, you can swipe up/right/left depending on the character to use their ultimate move and deal massive amounts of damage at once. They can be recharged by forming combos over and over till the bar is filled. You can also use the moves while in mid-air to hit enemies weak-spot or tackle the enemies nearby. No matter how good the moves are, they're only limited to one per fight so that you can't spam them.

Whenever an enemy dies, they turn into a coffin and your characters can help those to bounce and hit the other enemies. If you hit the coffin enough, those dead will come back alive with lesser HP. This phenomenon is called the  Coffin Status.

There is a mechanic exclusive to when you're up against the boss enemies called “ Fever “. Just like others, you need to keep hitting the boss to fill it up. Once you fill up the meter, your team will have a  variety of bonuses to help you win against the boss easily, so it's worth going through the pain of going fever mode. While going down and back up with the help of flippers, you need to be careful not to fall in the hole between. It's called the Outhole and it can deal damage to your characters if you fall into it.

Like every Gacha game, you need a specific item to summon for characters in World Flipper. You need to go under the Portal menu and use Lodestar Beads to summon a character. The game gives you first free 10x pulls where you can also get a  guaranteed premium character.

Every character has a different and unique set of skills and stats. Your team comp is very important in this game. They all have the basic HP and Atk stat, which differs from character and level.

There is also an aspect of Type for every character. It's divided into five-  Deadeye, Special, Bruiser, Bladewielder, and Special. Any one of them you keep as a leader changes your power flip accordingly.

There are six different elements in the game-  Fire, Water, Thunder, Light, Dark, and Wind. They are compatible in the following manner

When it comes to elemental matches, it's important noting that your characters don't take any more damage when they're at an elemental disadvantage. They will, however, do less damage to the enemy if this is the case. In this sense, utilizing an enemy's elemental weakness might provide the extra push you need to complete the most difficult stages or defeat the game's toughest bosses.

How to Upgrade Characters:

You need to play through the levels and unlock more and more resources to make your character stronger. You get more gear as you get through the story.

To level up a character and get experience points, you also need to play through all the stages. Leveling up will cause their stats to increase as well. You also have a cap to the amount of level that your character can level up to. The cap can be removed with the help of rare materials.  There is also a thing called the  Mana board which can be unlocked further in the game. With the help of a few items and level requirements, you can unlock a tile from a characters' mana board. You can obtain permanent boosts and story progression for that character.

In conclusion, World Flipper was very fun to play. I, personally, was playing it for hours going through the extremely interesting story, and enjoy the pinball mechanics it has. The mechanics took me back to the old windows pinball game. The added gacha feature is also very fun to play with since you never know what character you're gonna get. So I highly recommend playing the game.  Have fun pinball-ing! 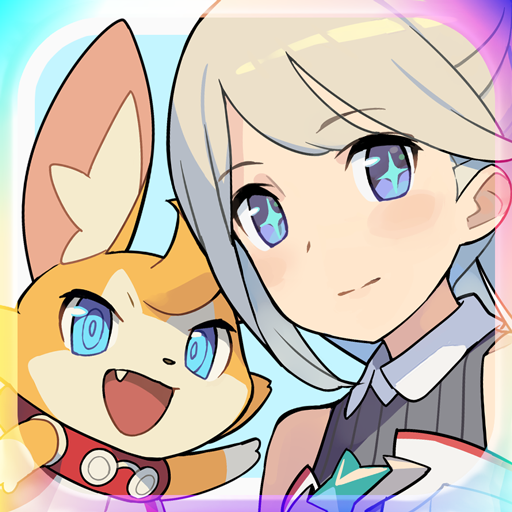